Splatoon 2 is officially out today on the Nintendo Switch, and even after beating the new game's Hero Mode, I'm still hung up on the truly epic boss battle at the end of the first Splatoon game. 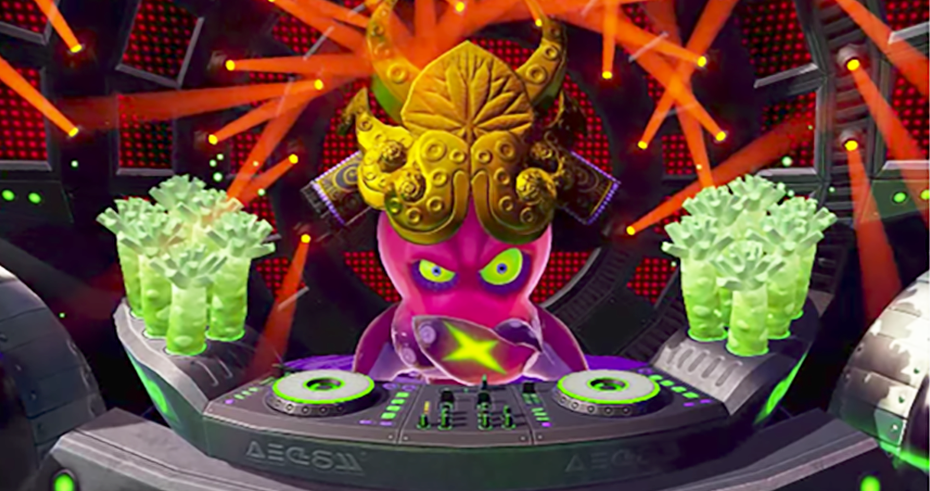 The boss was the trash-talking, bass-loving DJ Octavio who musically fights you from his flying DJ booth, complete with a set of giant mechanical fists. He made his own boss fight music, spinning the records with wasabi roots, and the beat was no joke. If you haven't seen this battle in action, you can watch the whole thing here.

On top of the pulse-pounding music, the fight itself long and grueling, really testing the player's skills while remaining totally original and changing up the gameplay enough so that it never became tedious. Even the most efficient players would struggle to beat it in under 10 minutes. It feels significant, like you're involved in a truly massive undertaking.

Your mission is to rescue the giant zapfish that powers Inkopolis Square, as well as your mentor Cap'n Cuttlefish. As you make your way through the huge starship-like arena, you must use your ink gun to destroy Octavio's projectiles and knock his giant metallic fists back at him to give him a taste of his own medicine. There's also a massive turbine which you must volley back and forth until you can force it to strike Octavio.

All the while, the pounding rhythm of Octavio's electronic music continues to drive the action with Octavio showing off, warning you about his new attacks, threatening to remix your face and dropping aquatic music-based puns like it's nobody's business. 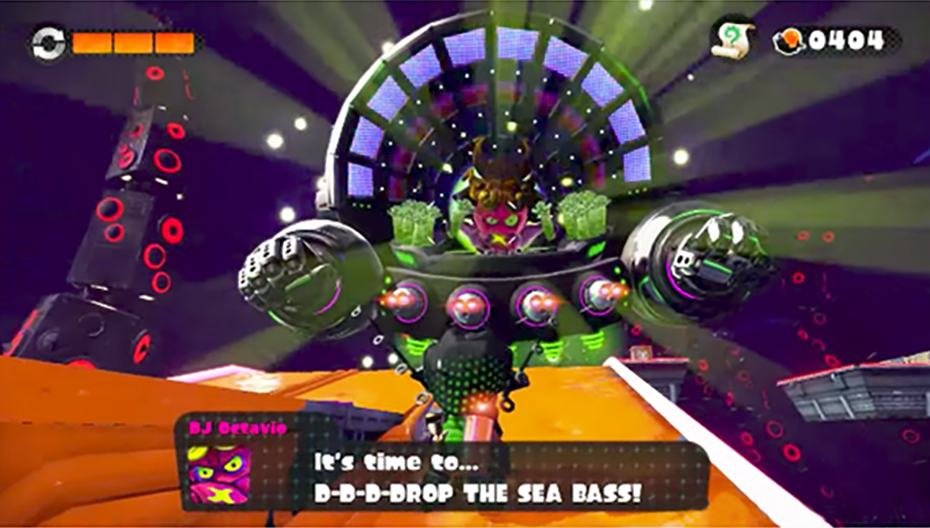 Still, you can't forget that you're in the middle of a tense battle. You must remember to constantly refill your ink supply so you're ready to take on anything, and have to use that paint to make your way through the environment as Octavio retreats again and again.

He also has a massive laser that will instantly obliterate you if touched, and the closer you get to defeating him, the more dastardly the obstacles get. Certain floors are invisible and can only be spotted when splattered with your ink. The flying projectiles get more and more numerous, as do the Octoling baddies whose only mission is to destroy you before you can put an end to the DJ's evil reign.

It takes a lot to bring Octavio down, and if you're not up to the task, it can be easy to get splatted again and again by his crafty tricks. If you lose all your lives, you must start the entire battle over, which can be pretty frustrating if you're nine minutes into an 11-minute tussle. Still, each and every try can feel completely worth because every element of fighting Octavio is so satisfying.

But the best part comes about three quarters of the way into the fight. At this point, you learn the true identities of Agents 1 and 2, who were pop icons Callie and Marie from the Squid Sisters band all along. They've been cheering you on the entire fight, but it's at this point that they manage to override Octavio's jams, blasting a hit of their own to drown him out. Their song is fun and fast-paced, giving you the final boost of confidence you need to take out your musical adversary. 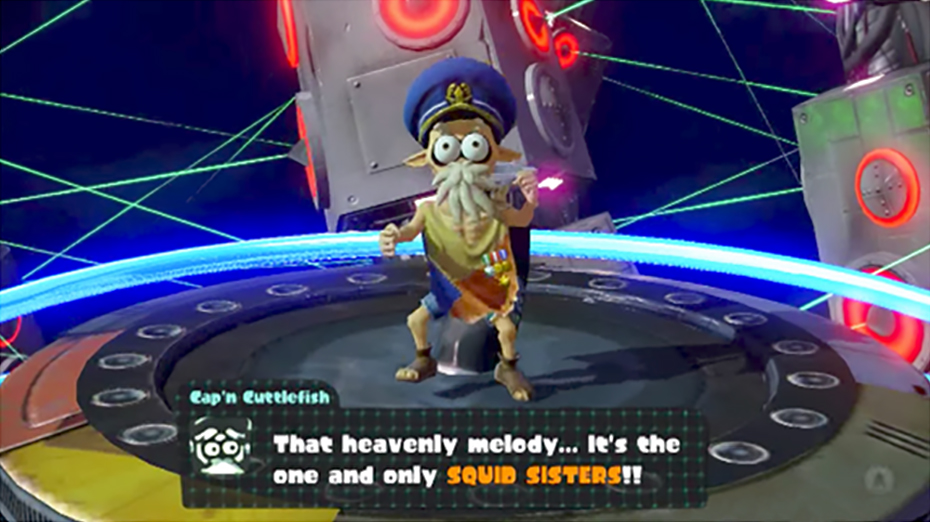 Not many boss battles manage to keep players energized for so long, not just with great gameplay, but also with two epic and memorable themes. This fight could have been a frustrating mess, but instead it's become a shining example that our games should strive to replicate.