Everything You HAVE to Know About Marvel Rising's Squirrel Girl

We've been advocating for a Squirrel Girl movie for years now, so we were thrilled to find out that the character would finally get hers—and even more excited to attend a panel for the upcoming series at this year's San Diego Comic-Con.

Later this year, the animated film Marvel Rising: Secret Warriors, starring Squirrel Girl, plus Ghost-Spider, Ms. Marvel, Quake and more, will air on the Disney Channel. But before that airs, we'll get to meet these characters with a series of mini-episodes titled Marvel Rising: Initiation.

Here's what we know so far about the Marvel Rising version of Squirrel Girl, AKA Doreen Green.

If you're not a This Is Us fan you may not know Milana Vaynytub, but you should. The actress has some serious comedy chops and has exactly the frenetic energy that the role of Squirrel Girl demands. She's pretty much perfect for the role. 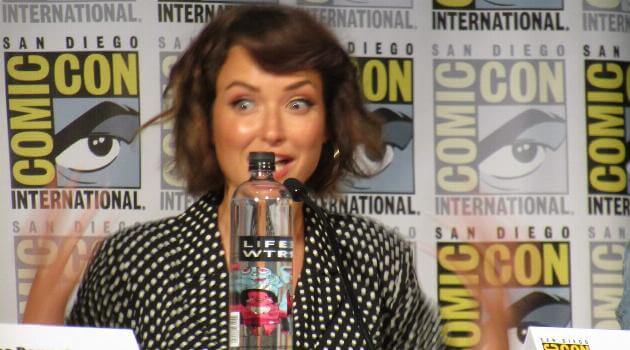 She Has a Very Special Sidekick, Tippy-Toe the Squirrel

"She's the best sidekick you could want. In some ways, I kind of work as her sidekick. We really are partners in this and she works as a liaison between me and the rest of the squirrel community." 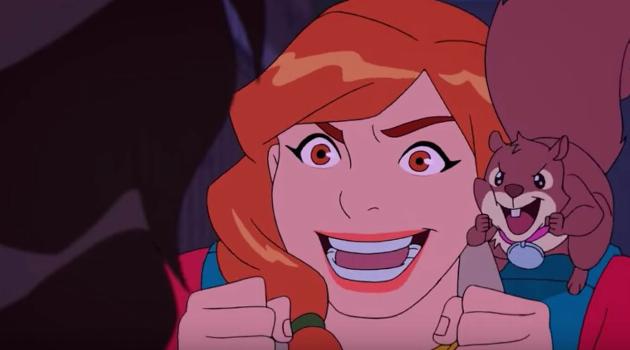 The awesome thing about Squirrel Girl is that she can be a big dork while being a genius and a superhero.

"One thing that makes her really special is she's unabashedly goofy while being smart and strong. She's really capable, and I think one of the things we're always looking for in our heroes is for them to provide permission for us to also be those things." 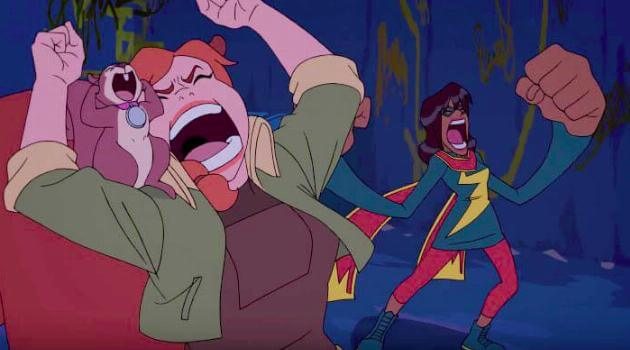 Squirrel Girl and Ms. Marvel is the superhero team-up we've always dreamed of, and according to Ms. Marvel's voice actress, Kathreen Khavari, their friendship is a huge part of what makes Marvel Rising work. Squirrel Girl describes the duo as BFHFs—best friend heroes forever.

"We always see Kamala in the Avengers series with heroes who've been heroes for a while, where she has to prove herself. Here, it's her and a bunch of other superheroes who are coming into their powers. And she's got this really good relationship with Squirrel Girl. It's easy to be best friends with Milana. That's one of the most fun dynamics I've gotten to play." 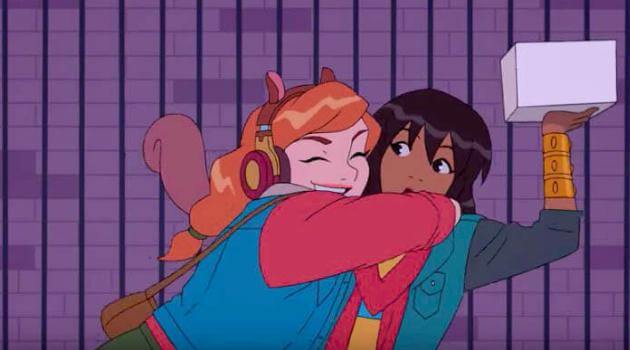 Thanos gave the Avengers a really tough time in Avengers: Infinity War, but did you know that Squirrel Girl has what it takes to bring him down? She actually bested Thanos in a 2005 holiday special comic, and a fan asked about it during the panel's Q&A. According to Milana, Squirrel Girl can accomplish amazing things because she doesn't have to do them on her own.

"I think it took an army. The great thing about Squirrel Girl is that she's incredibly resourceful. What she lacks in actual physical power, she makes up for in brain power. And that girl has connections." 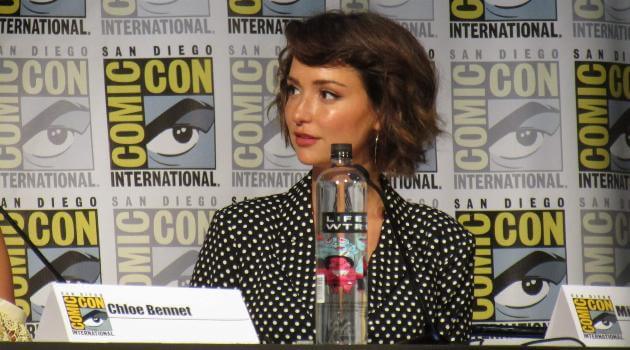 We don't quite understand how Doreen hides her superhero identity when she's not in costume, but she makes it work somehow.

"Obviously she has a giant fluffy tail, and if you don't see it, it's because it's deep in her pants. How? It's science and magic put together, in a cartoon animation." 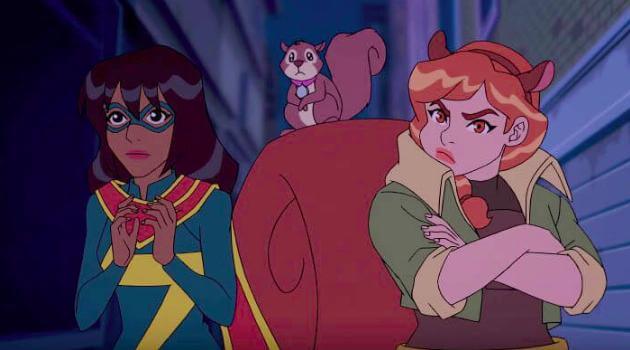 Six episodes of Marvel Rising: Initiation air on Disney XD on Monday, Aug. 14 before they air on YouTube. Then, the feature-length Marvel Rising: Secret Warriors will hit Disney Channel later this year.

Curious to see this duo in action alongside Ghost Spider and other great Marvel characters? Check out the clip below:

If you're hero-obsessed, click HERE to find out which Marvel character would have a crush on you, based on your zodiac sign.