Squish Is One of My Favorite Little Games From E3, and You Can Play It Now for Free

I love stumbling upon unexpected gems at E3, and Squish is a diamond in the rough. 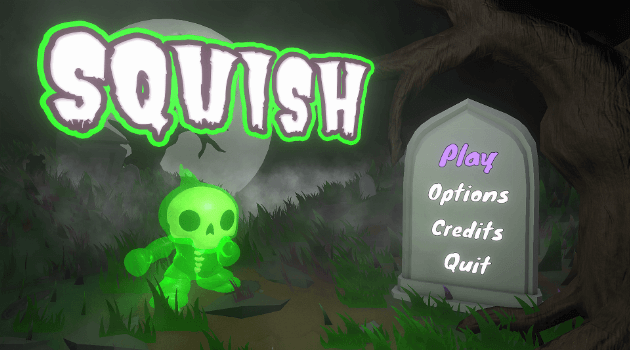 (Squish via Sit on It Games)

Developed by undergrad students at the University of California Santa Cruz, the game combines fighting and survival with a puzzle game like Tetris. Up to four players control SkeleGoos—little skeleton people encased in goo—and try to stay alive as long as possible with blocks falling from the sky and their opponents pushing around blocks and attempting to crush them at every opportunity.

I got to play the game with two other people on the E3 floor, and even though it was over in the blink of an eye, I enjoyed every second of it. All you can do in the game is move around, jump and push blocks, but these moves are more than enough to create a ton of fun, particularly when you're trying to avoid getting squished. The last surviving player is the winner of each round, and the first to three wins is the overall champ. In addition to blocks falling from the sky, there are also other obstacles, like bombs that send out powerful blasts horizontally and vertically, and flaming skulls that spell instant death. 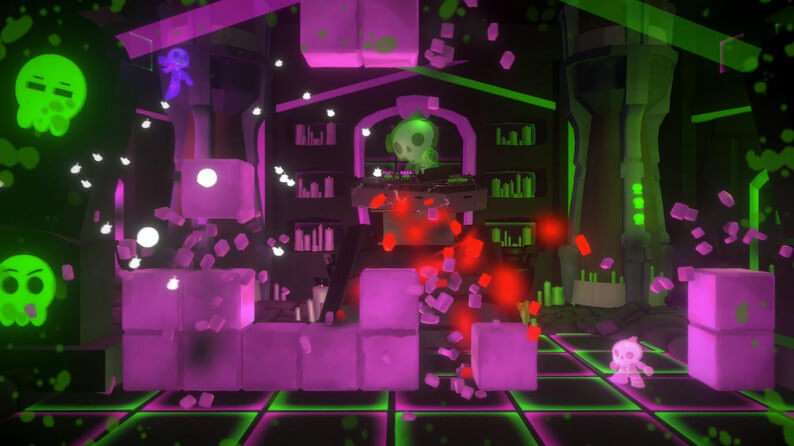 (Squish via Sit on It Games)

Squish's environmental artist Athene Yip told me a little bit about the game, informing me about my very favorite feature. When you die in Squish, you respawn as a falling block. This gives you one final opportunity to smash another player, allowing you to reclaim your place on the battleground and live yet again. There are also a number of SkeleGoos in various colors, and each one has their own adorable nickname that shows up when they win the game.

Squish was one of five finalists in the E3 College Game Competition, winning its team the chance to demo the game on the show floor. In my opinion, they totally earned it. You can download the Beta right this second from Itch.io for free, so be sure to check it out.

If you're all about Tetris, click HERE to find out how to perform better in Tetris 99.