Drawing is an art that takes time, patience and skill. But when you don't have any of those things, you just have to do what you can.

I was recently sent two Learn to Draw Star Wars books for review—one focusing on villains and the other focusing on droids and vehicles—and I wanted to put the books to the test. Doing that properly would require certain supplies and hours and hours of my time. 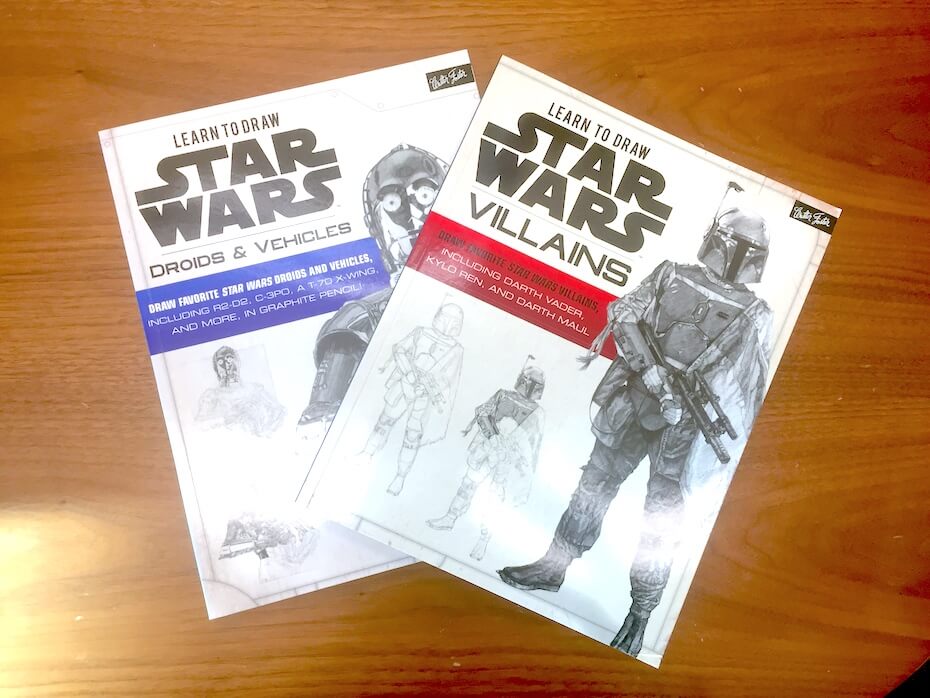 Sometimes, I prefer to do quick, sketchy drawings over intensively detailed ones, so I brought out my new Blu Notebook (which I was previously having trouble filling) and white gel pen and got to doodling some Star Wars characters.

These Learn to Draw Star Wars books are incredible guides, filled with detailed step-by-step instructions, incredible drawings, character studies and expansive details about the Star Wars universe. Before I set out to draw my characters, I made sure to read all of the instructions, even if I couldn't necessarily follow them using a gel pen rather than a graphite pencil, as recommended.

I wanted to challenge myself, so I started by sketching out the outlines for C-3PO. So far, so good. Right? 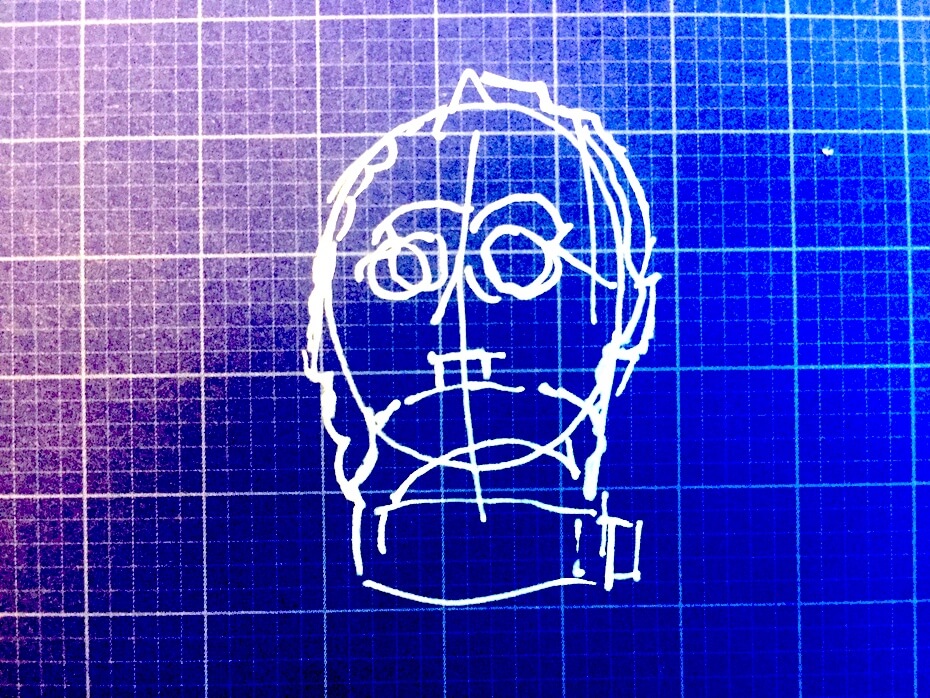 I thought I was still on track as I did the next couple of steps, filling in more details with my pen and creating a guideline for the shading in the final steps. 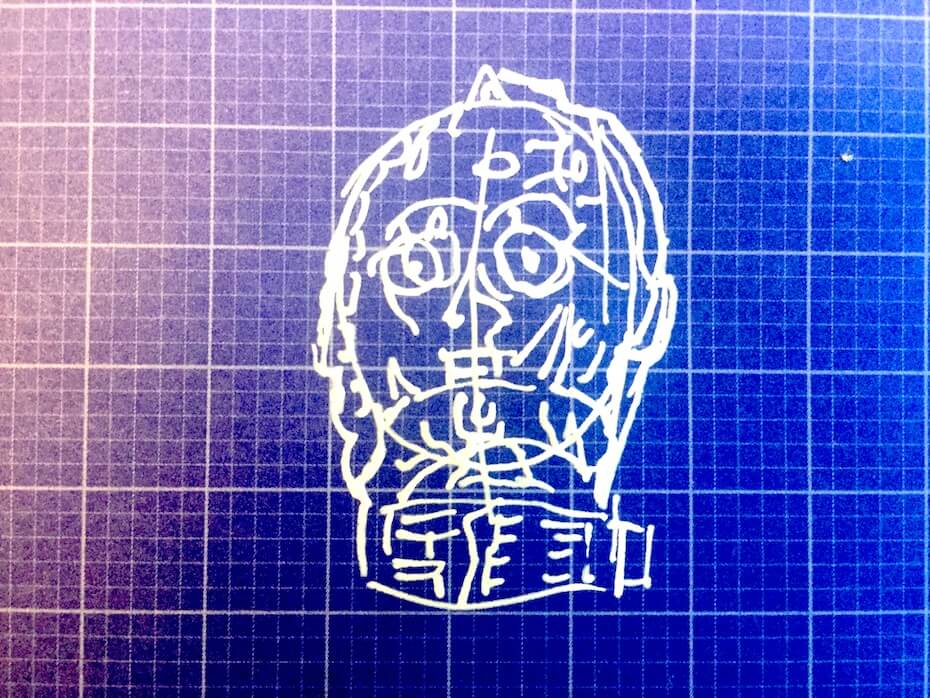 Here's what it should have looked like, according to the book… 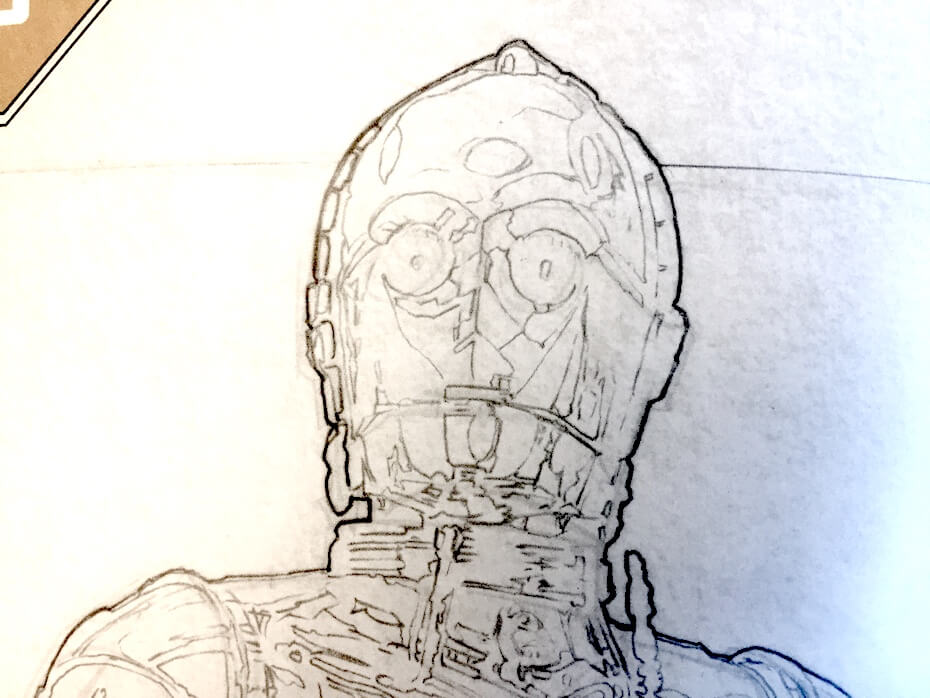 And here was my end result. I can kind of see C-3PO if I squint really hard, but I don't think it was very successful in the end. Maybe next, I needed to attempt something a little bit less ambitious. 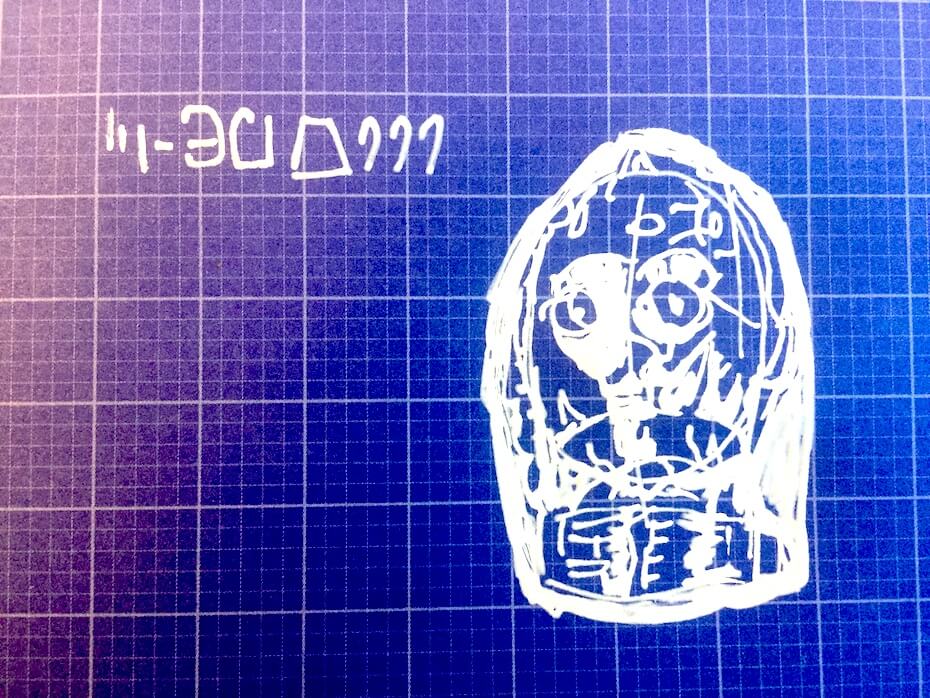 R2-D2 isn't just a classic character, but he also consists of much simpler shapes than Threepio, so I thought it might be good to try to draw him, next. After a couple of steps, it definitely looked like R2-D2, even if the end was a bit blunter than it should have been. It was sketchy, but he was there. 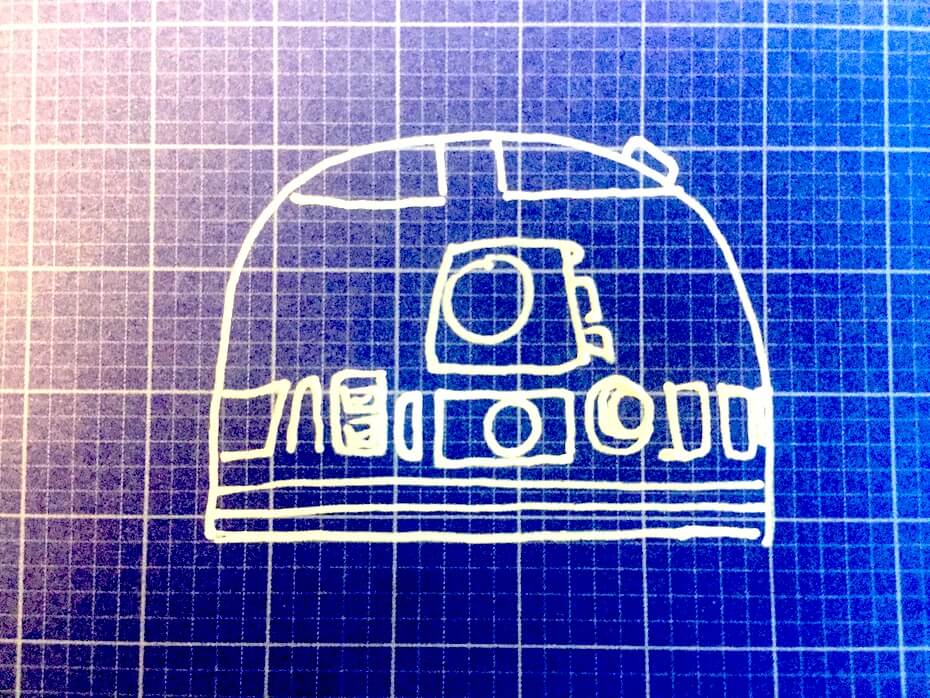 After just a few more steps, it looked a little less blocky and a little more like Artoo. Even if the drawing wasn't perfect, I was much happier with it. 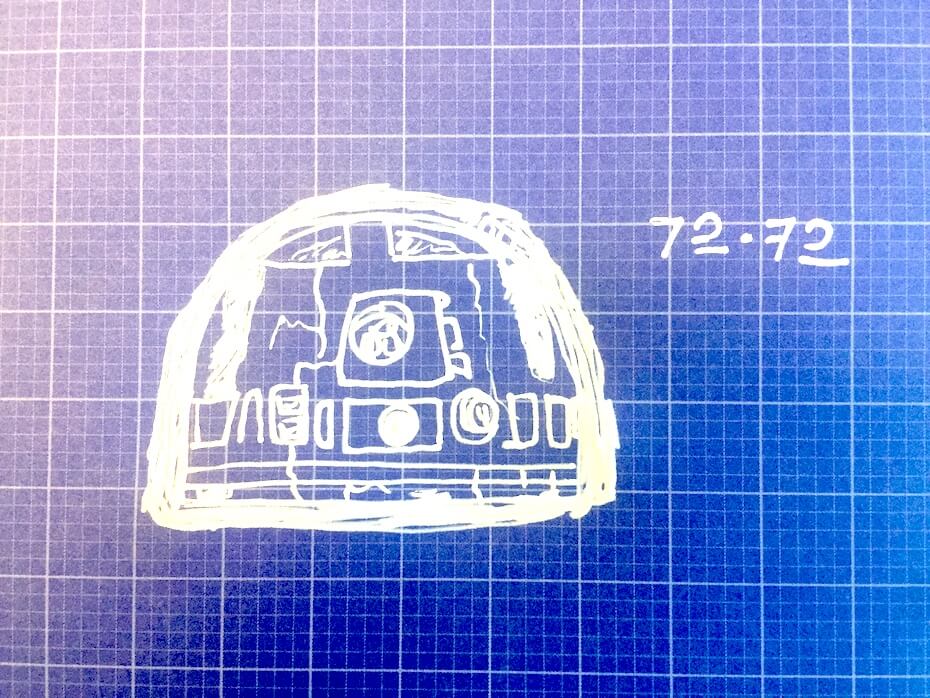 Here's what that final drawing was supposed to look like. Close enough! 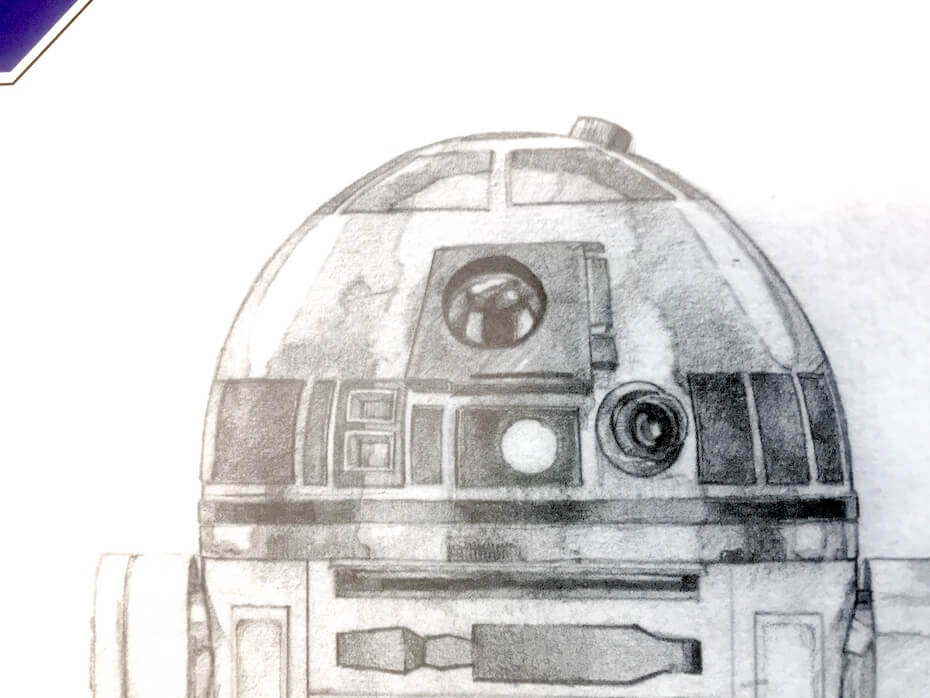 With my confidence back up a little bit, I wanted to keep going with another character who wouldn't be too tough to replicate. BB-8's simple shapes made it the perfect candidate. 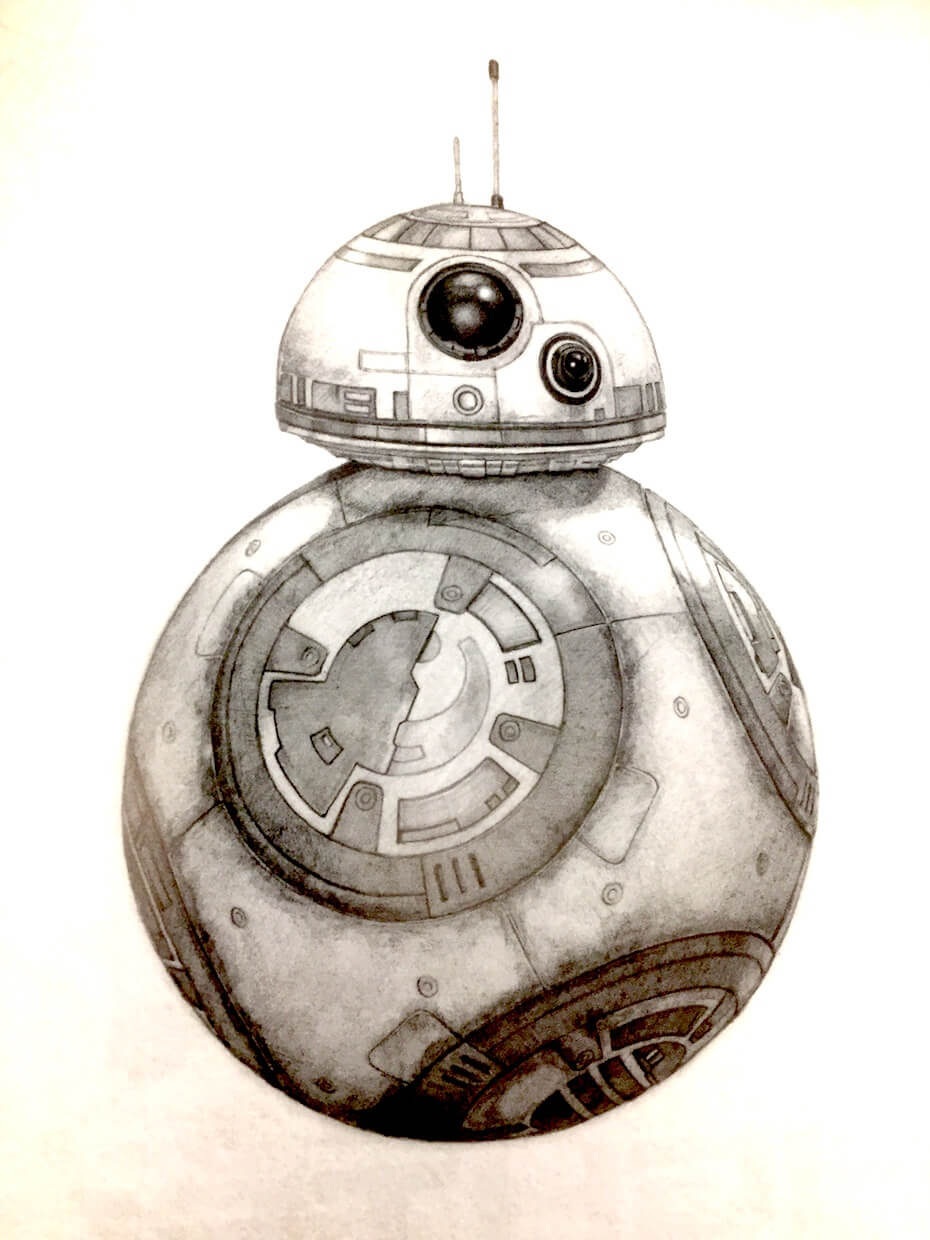 After following along with the steps best I could, given the materials I was working with, I had a totally recognizable BB-8 on my hands. It was the best one yet by far (even if I couldn't erase any of my guiding lines in pen). 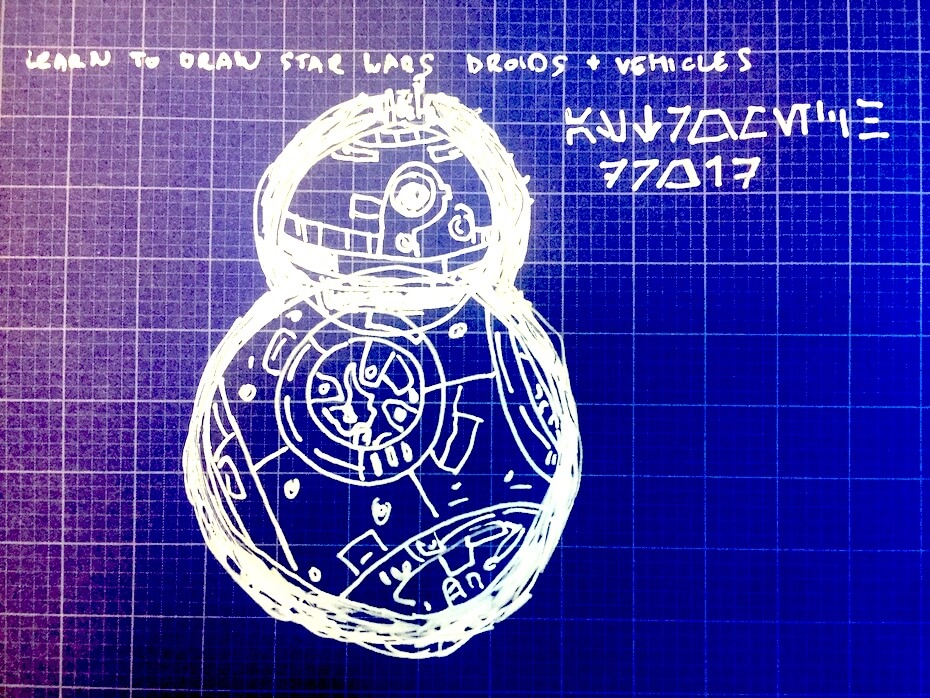 After drawing three droids, I realized it was time to sketch out a villain as well. I wanted to do a simple one, so I eventually picked Captain Phasma and decided that just drawing her helmet would be super doable. Here's how she should look, according to the awesome drawing in the book. 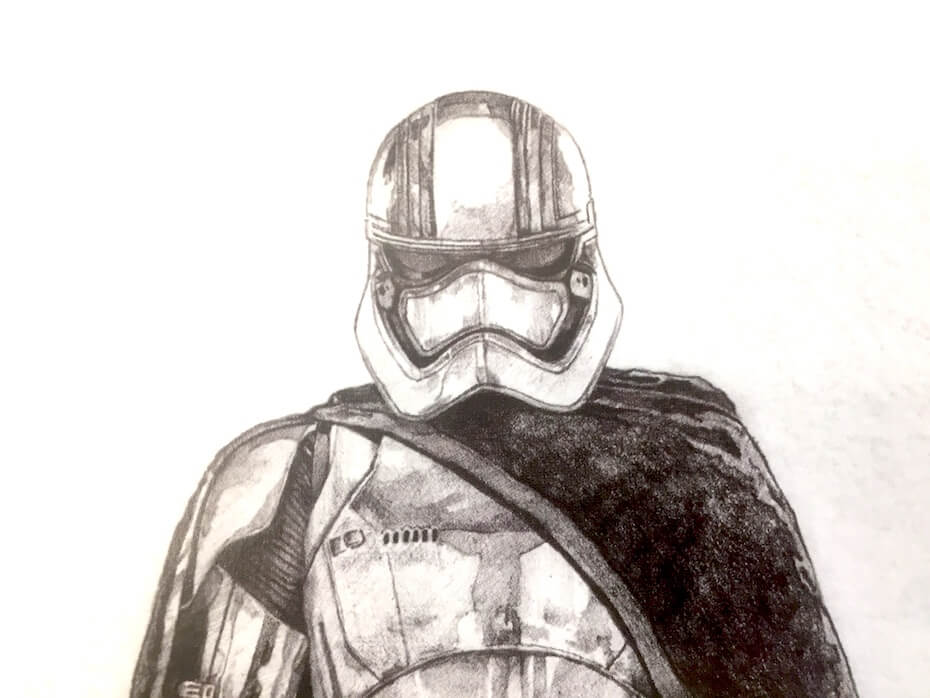 My sketch? Not so awesome. But at least it's a little bit recognizable. 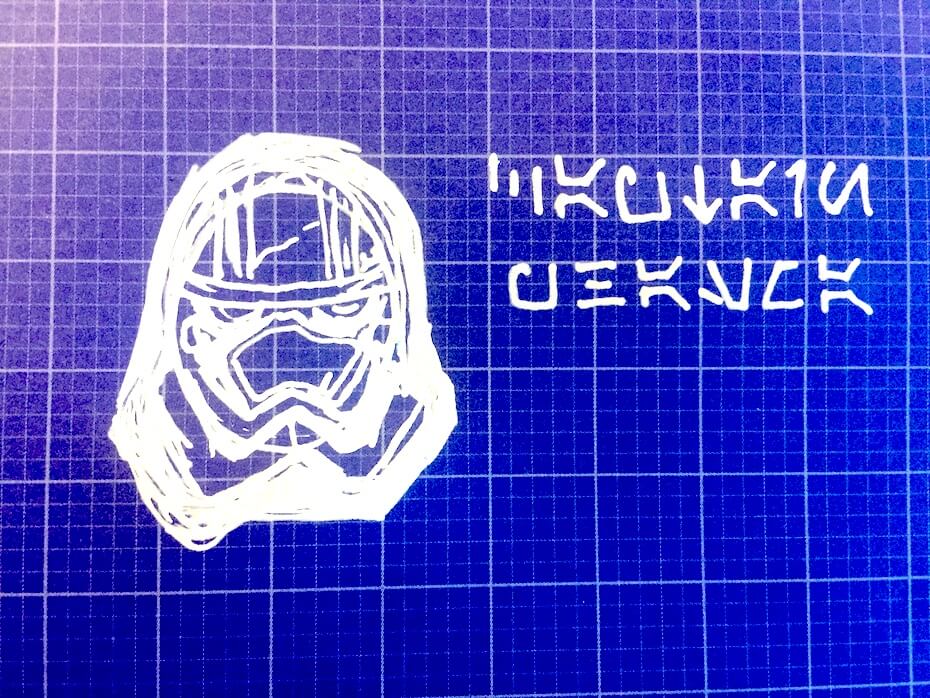 At the end of the day, I'd mostly recommend these books to someone who wants to seriously sit down and draw their favorite Star Wars characters and ships. It's packed with great information and insight into different aspects of drawing, and if you take the time to read it, you'll definitely learn something new along the way. However, I think it still works if you're going to go about it more casually—however intimidating the beautifully drawn illustrations may be to beginning artists. 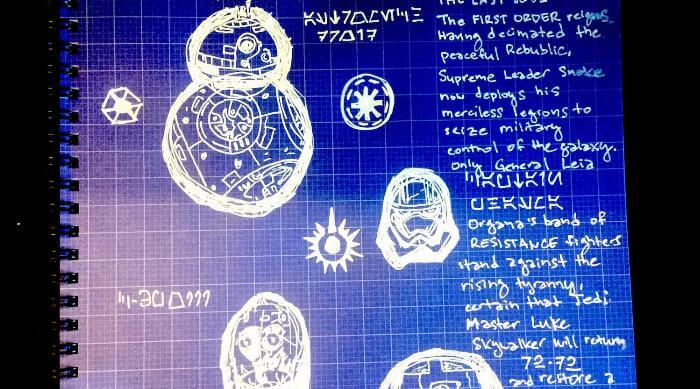 Maybe when winter break happens and I get some time to really slow down, I'll be able to utilize the book as it was meant to be. And at least I finally took that daunting first step of breaking in my new Blu Notebook.

Need a gift for a Star Wars fan? Click HERE for my review of Numskull's stinky Star Wars candles.