Most Star Wars fans have wanted a lightsaber at some point in their lives.

When we were offered a chance to review the new Star Wars Science lightsaber room lights, we jumped at the opportunity to build and test them ourselves. 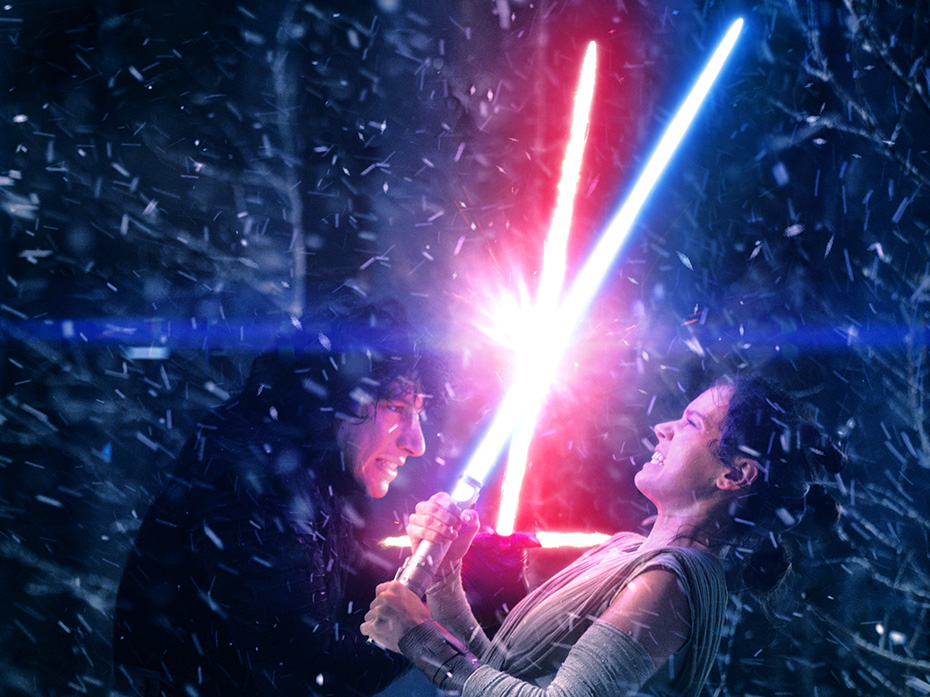 (The Force Awakens via Lucasfilm Ltd.)

The Star Wars Science: Kylo Ren and Rey Lightsaber Room Lights
By Uncle Milton, a division of Basic Fun, are lights that can be mounted to walls. They must be constructed, but they look pretty awesome.

Each kit has just a few pieces, so they're not too difficult to put together. Mostly, assembly consists of putting batteries in the pack, putting the component pieces in together correctly and securing the top section with a screwdriver to hold it all in place. Finally, the long plastic tubes acting as the lightsaber "blades" are inserted, completing the lightsaber. 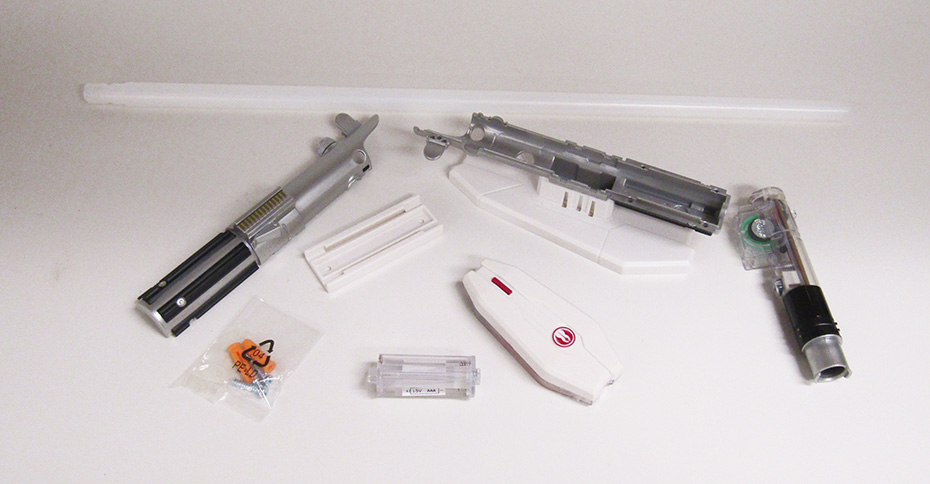 It's not a complicated process, but that's not to say we didn't encounter any issues. Once the battery pack is inserted, the lightsabers seem to turn on and off randomly, and often, until you finish the rest of the construction. This can get a little frustrating if you're trying to keep quiet, as the sound effects are pretty noisy. It can also take a little work to get the housing pieces to fit snugly, but once they do, the overall effect is pretty impressive. You'll also need a long, thin screwdriver to finish the Kylo Ren lightsaber successfully (we had to go digging around to find just the right thing). 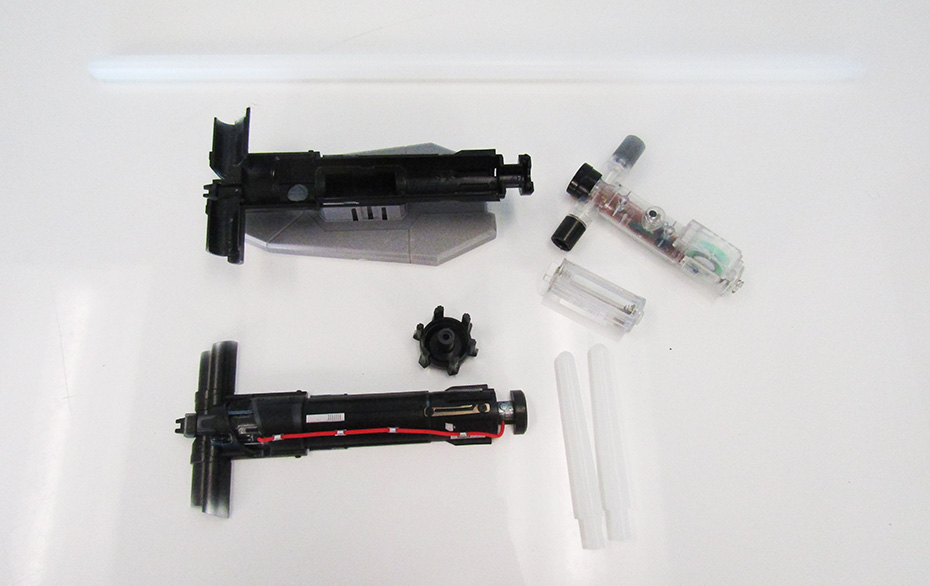 But at the end of the day, the results speak for themselves. Rey's lightsaber is blue and vibrant, looking simply stunning on a wall. Plus, it makes the classic lightsaber sounds when you turn it on and off with the included remote control. 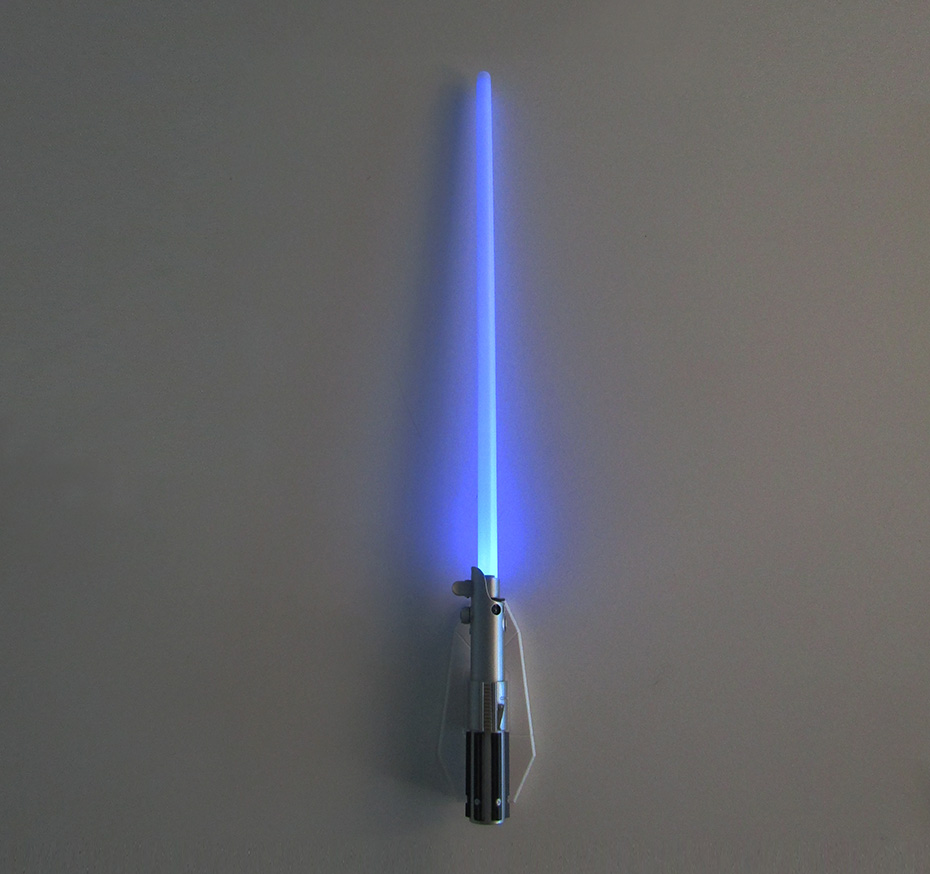 And while the red light of Kylo Ren's lightsaber doesn't seem to go all the way up the top of the tube, it still looks totally sinister. If you're a fan of the man in black, it might be just the thing to brighten up your room. The three-bladed lightsaber makes a slightly different sound than we're used to, but it perfectly suits its forboding look. 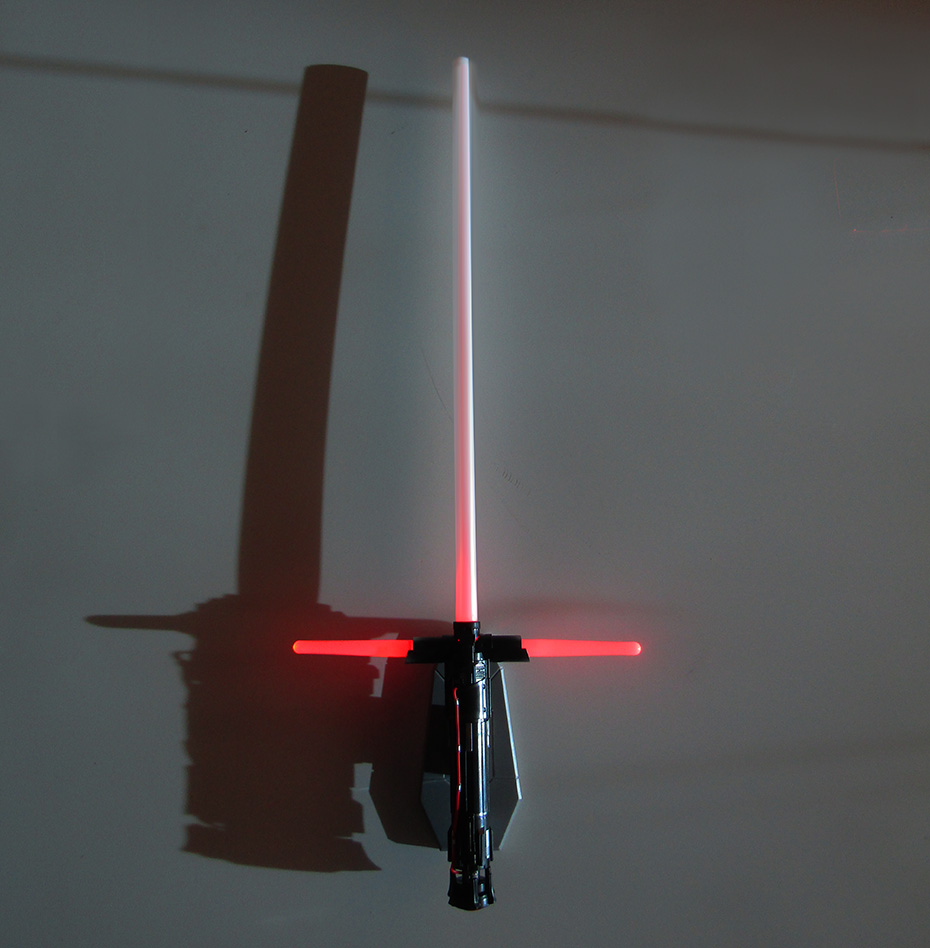 The lightsaber lights retail from about $25 to $30 and can be found online and in toy stores. If you're planning to add a little Star Wars flair to your bedroom, these are hard to beat.

If you're one with the force, click HERE for a ranking of the cutest creatures in the entire Star Wars universe.