Step aside, peppermint—Starbucks just added a new flavor to their list of hot chocolates.

Starbucks is basically a permanent fixture in our morning routine, so we were understandably excited when they announced their new Toffee Almond Milk Hot Cocoa earlier this week.

However, we were a little worried about the taste. Would almond milk ruin one of our favorite indulgences? Scroll below to find out. 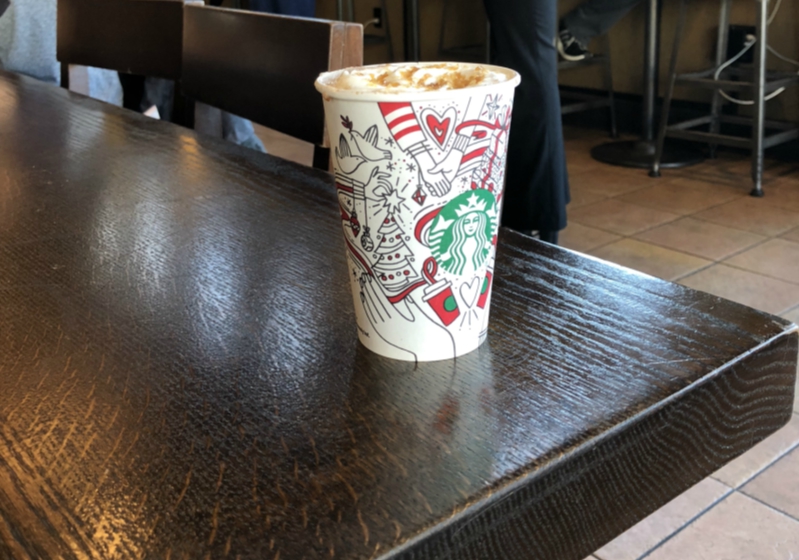 The coffee company's newest hot chocolate is made with steamed almond milk, mixed with mocha sauce and toffee nut syrup, topped off with whipped cream and crunchy caramel brulée. If dairy isn't your friend, you only need to ask your barista to hold the whipped cream and you'll get to enjoy a completely dairy-free hot chocolate.

Although Starbucks' drinks always look beautiful in photos, they often lose their picture-perfect appearance in the actual execution. This drink, however, definitely maintained its simple aesthetic appeal. Popping the top off, we were able to clearly see the whipped cream and crunchy caramel brulée pieces floating on top. After snapping a few photos and admiring the overall look, we were ready to have a taste. 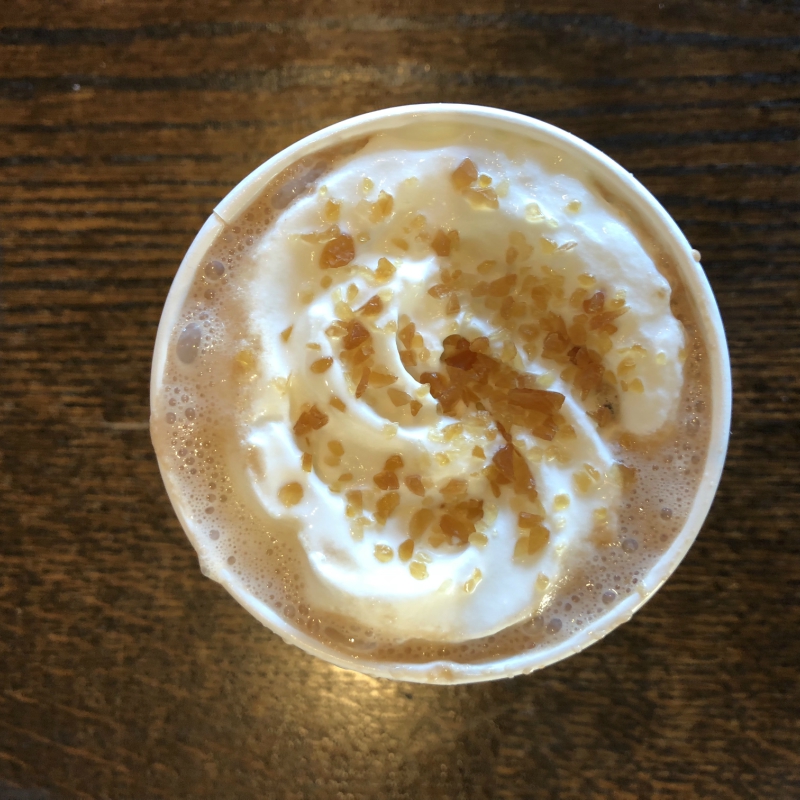 To our surprise, the flavor was spot-on. It was definitely sweet (it is hot chocolate, after all), but the sugar was far from overwhelming. In fact, the addition of almond milk made it lighter than most hot chocolates, and after we finished our tall drink, we found ourselves craving more, which was a very different feeling than the sugar rush that usually accompanies a cup of hot cocoa.

The toffee actually takes a backseat to the mocha syrup, so it only mildly exudes a toffee flavor, which could be bothersome if that was the reason you bought it. However, the almond milk adds the perfect dose of nuttiness that balances out the sugary syrups.

Our only real problem with this drink involved the tiny pieces of caramel brulée. Because they float on the top, you're never quite sure when you'll be surprised with a sudden burst of crunchiness. More than once, we were taken aback by a tiny piece of caramel stuck in our teeth. However, it was only a minor inconvenience and definitely not a deal breaker.

Overall, we're definitely adding this drink to our list of holiday favorites, and we're sure we'll be indulging in another cup soon.

If you're as obsessed with Starbucks as we are, you need to click HERE to see what your Starbucks order says about your personality.