Starbucks is releasing a new drink this Wednesday—the Unicorn Frappuccino. Oh, what a world we live in. ????

Early last week, the concoction was just a rumor floating around the internet. But then, as the week went on, pictures surfaced with Starbucks' baristas showcasing the new drink, and it was confirmed—our dream drink was soon going to be a reality.

The rumors are true! Come in to your closest Starbucks April 20th to try the new Unicorn Frappuccino!(for limited time)???? pic.twitter.com/iyYjLKEkgz

Although the drink isn't officially hitting stores until Wednesday, I ventured to my local Starbucks to see if they already had all of the ingredients.

To my total surprise, they did have the ingredients and they were willing to whip up the whimsical drink early for me to sample! Unreal.

The barista making the drink was very excited to test out the new ingredients but she explained to me I was going to have to bear with her, as this was the first time she was ever making it. I felt pretty special to be her guinea pig.

I watched as she blended the ingredients, swirled my Venti cup with a special blue syrup and then dusted the top of the drink with two vibrant glitters. Honestly, watching her make this drink was like watching a magical potion being made.

When she finally handed me the end product, I couldn't take my eyes off of it. Just look at this beauty: 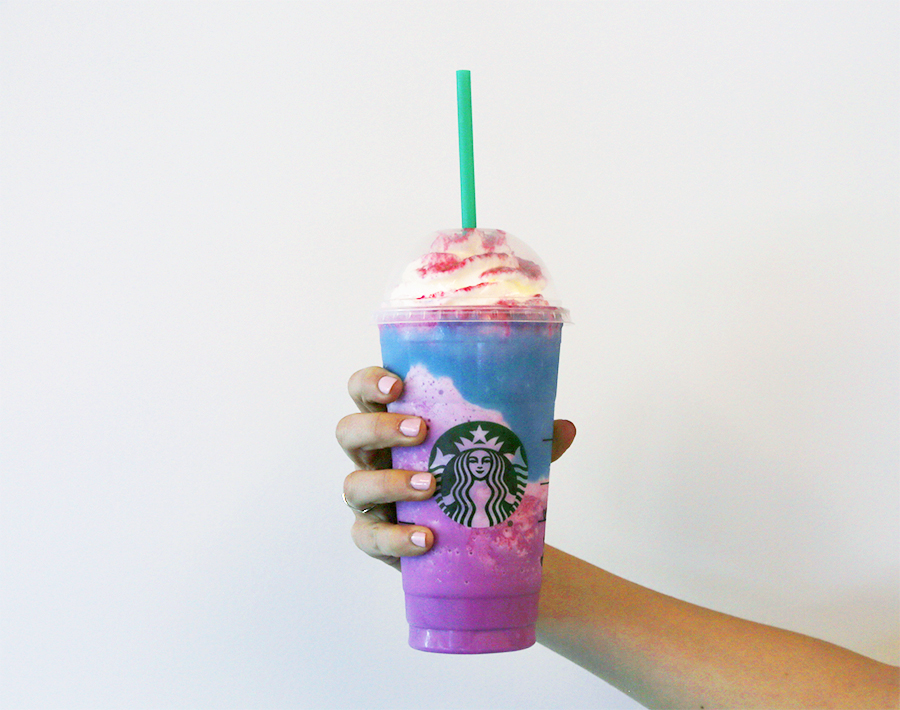 My first question I had when I snatched the drink from her was, "What exactly is in this cup?!"

She explained to me that it's a cream-based Frappuccino made with mango syrup colored purple with a special Starbucks powder. The blue stuff coating the cup is actually white mocha syrup with a sour powder mixed in.

The frap is topped with their signature whipped cream and is coated with sparkly purple and pink sprinkles. 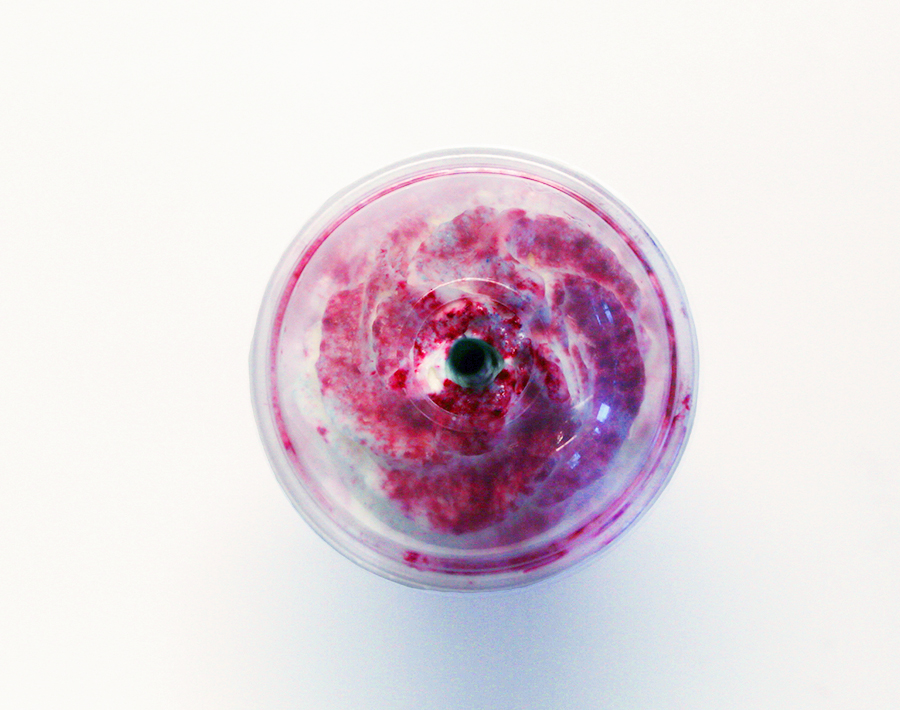 The gorgeous purple and pink sprinkles and the blue syrup have an intense kick to them—one sip and you'll be sure to pucker up!

I had to mix my drink throughly in order to make it through, but once my taste buds got past the initial shock of the tart flavor, I started enjoying it.

So, would I recommend you pick up this gorgeous drink? Depends.

If you want a great Instagram pic, and are willing to try something new, absolutely. I mean, c'mon could this drink get any cuter? My barista even added a special unicorn design to the cup. ✨ 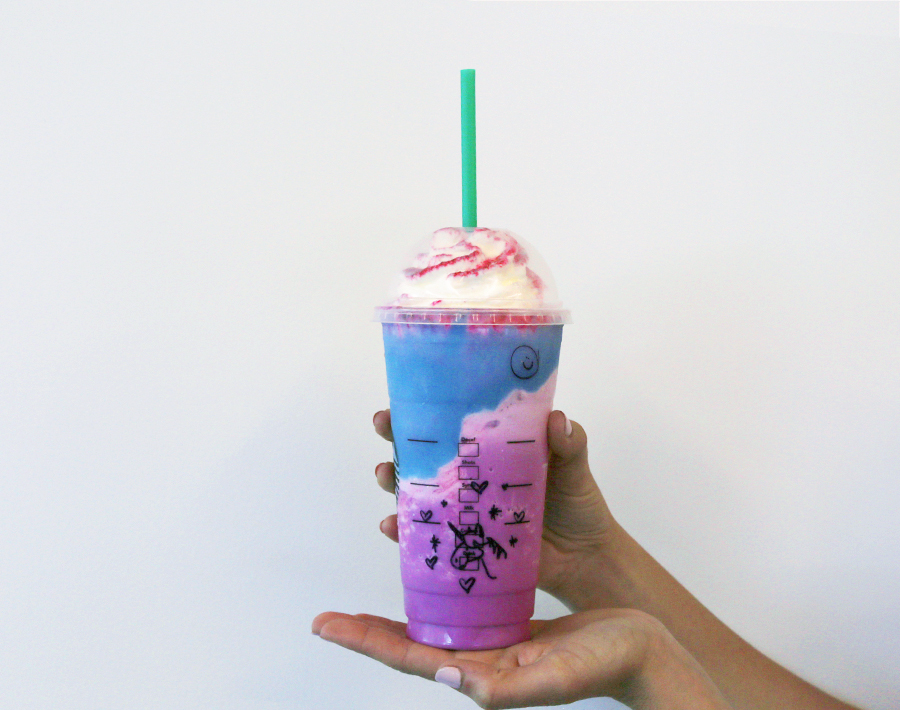 If you really only enjoy sweet and simple drinks and don't care for the Insta, skip it and save yourself five bucks.

Whatever you decide, be prepared to see dozens of pictures of Starbucks' Unicorn Frappuccino hitting your news feed on its release date this Wednesday, April 19!

This Unicorn Frappuccino is definitely not the first magical food trend we've seen this year. Check out 24 other food creations inspired by the mythical creature HERE.