Some of the biggest young actresses from Disney Channel and Disney XD took a trip to the Lucasfilm production company in San Francisco in anticipation of the upcoming animated series, Star Wars Rebels! 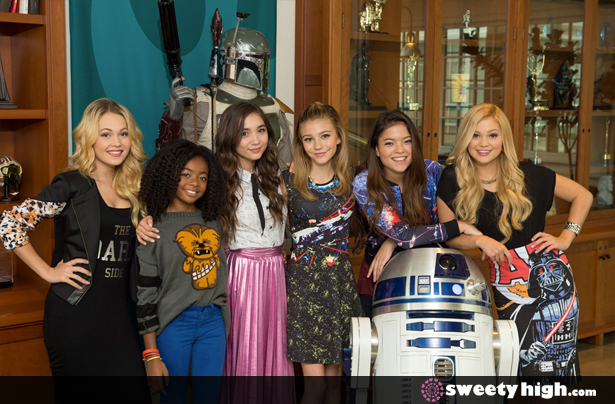 Star Wars Rebels takes place 14 years after Star Wars Episode III: Revenge of the Sith and tells the story of a group of young rebels who join together to take on the evil rebellion!

Our first taste at the series, Star Wars Rebels: Spark Of Rebellion, airs on October 3 at 9pm on the Disney Channel. It's an animated one-hour film setting up the series!

The regular Star Wars Rebels episodes continue on October 13 on Disney XD. Comment below and join us at Sweety High if you're as excited for the series as we are!

If you love this story, also be sure to check out our coverage of the Disney stars' participation in Star Wars Day, and our past work with Olivia Holt and G Hannelius!

Also click here for an analysis of the ladies' fantastic Star Wars outfits!