Everything You Should Know About Singer-Songwriter Stephanie Poetri

She first shot onto our radars when she released the romantic Marvel-inspired "I Love You 3000," and even though her mom is the Indonesian pop star Titi DJ, she's established herself as a star in her own right as singer-songwriter.

We just can't get enough of her singing, and we had to get to know the young woman behind that incredible voice. Keep reading to discover all the things that make Stephanie unique. 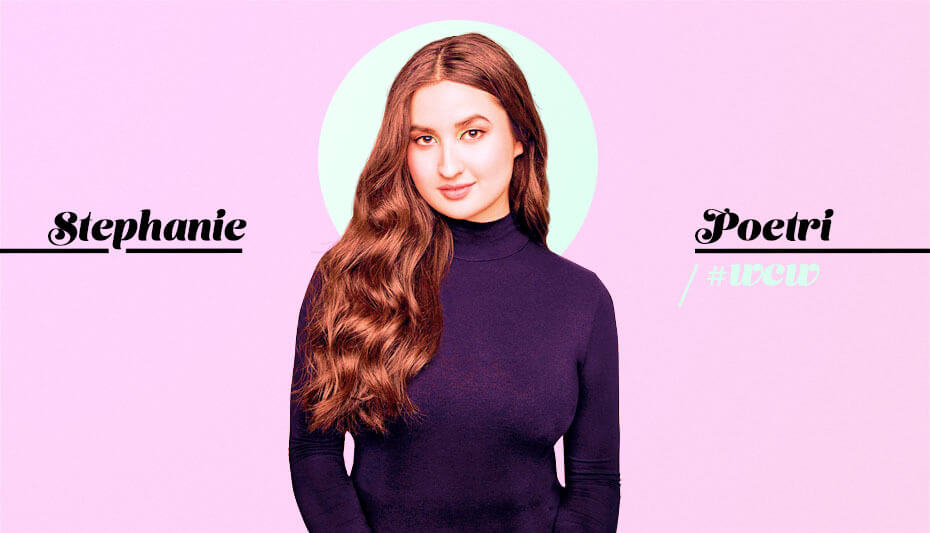 1. In three words, Stephanie would describe herself as dramatic, a clown and artsy.

2. Concealer is her must-have beauty product.

"I either sleep too much or not enough!"

4. She's never been much of a collector.

"I've only ever tried collecting Polaroid pictures, and even then I only got like five pics before I started losing them."

5. Sherlock almost inspired her to take a different career path.

"I watched Sherlock Holmes and it made me want to learn psychology at one point, and I almost went to uni for psychology."

6. She wouldn't consider herself much of a gamer because she says she's not super skilled, but she does enjoy a few games.

"I am really into Minecraft and Terraria right now, but I was super into Mobile Legends a couple years back. I had a team and everything!"

7. Her dream vacation would be to visit anywhere in Europe, as she's never had the chance to go.

8. And her most overused phrase?

9. Empathy is critical to Stephanie.

"I'd like to think I'm a very empathetic person, hence why I'm so emotional all the time. I could be super sad because of someone else's situation that has no effect over mine. It does help when I write music though, 'cause it allows me to feel certain emotions without having to go through them myself."

Can't get enough of Stephanie? Click HERE for the perfect captions to celebrate her as your WCW.