Let's start off by saying Stony Blyden is so much more than just an actor.

The actor, producer and musician is truly a Renaissance man, but we absolutely love watching his shows and movies the most. His latest film Life in a Year is definitely going to be a tearjerker, but how can we miss it when he stars alongside Cara Delevingne and Jaden Smith?

Stony describes his character Kiran as the "talkative, girl-obsessed best friend to Jaden's character," but we're sure he'll be a fan fave anyway. Get to know him ahead of the film down below! 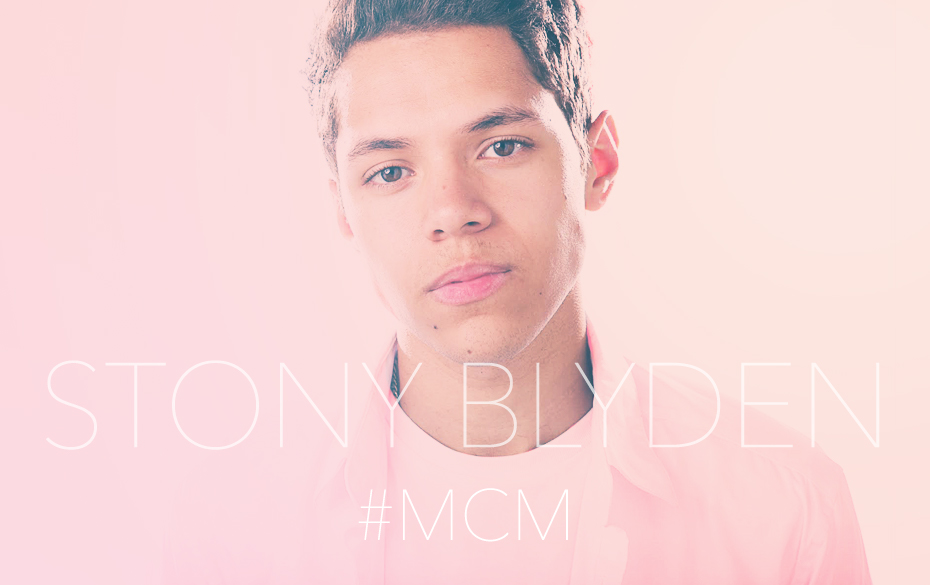 1. Born and raised in Iceland, Stony found an awesome way of learning English. He would pick up the language by watching the TV shows Friends, Fresh Prince and Ed, Edd 'n' Eddy.

2. We always love meeting a fellow Starbucks addict, so you can imagine how stoked we were to see he has a passion for the Passion Fruit Tea. He does admit that his absolute fave drink to get there is a Cookies and Cream Frappuccino, though. "I'll be young forever," he jokes.

3. His most overplayed song is "The Pursuit of Happiness" by Kid Cudi. "It's gotten me through so much it's crazy," he admits.

4. His number one source for comedy is his family. "They're so unknowingly hilarious," he says. "My sense of humor is pretty much just Chandler Bing from Friends mixed with my mom!" Honestly, he and his mom couldn't get any cuter, they're the ultimate mother-son duo.

5. He can't get enough of online personalities Casey Neistat and Rhett and Link.

6. When it comes to fashion, he takes a page from Will Smith's book. He loved Smith's style during the Fresh Prince era. "I like colorful things," he says.

7. His two most-watched movies when he was younger were Pinocchio and Space Jam. "I didn't have many American movies when I was young except for the ones my aunt would bring from her trips abroad," he reveals. "One of them was Space Jam and it was totally my religion for a bit." Space jam is a classic, we could still watch that movie on repeat, TBH.

Stony shares our love for classic animated movies and we're sure you do, too. Find out what the hottest animated movie was the year you were born HERE.