If you fancy yourself a Hawkins local, then you've definitely already binged Stranger Things 2—probably in one sitting. 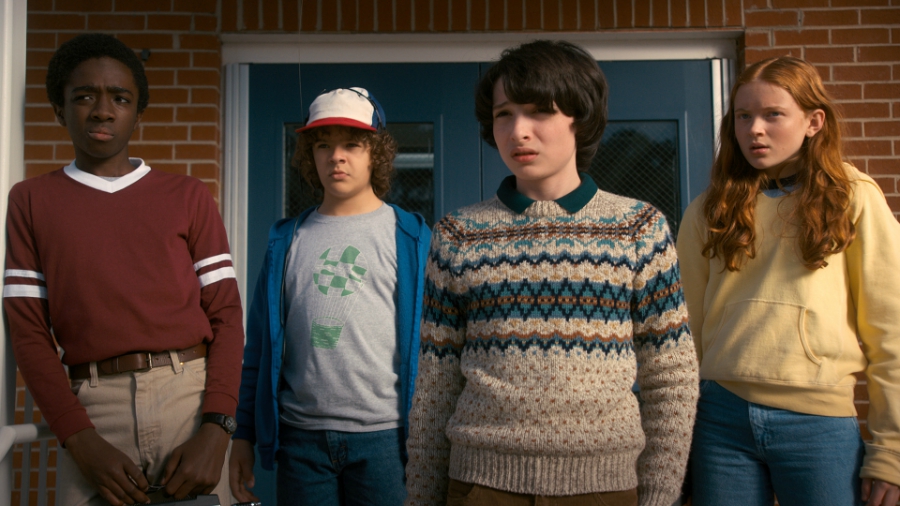 But if you haven't, you may want to stop what you're doing and finish the series ASAP because SPOILERS MAY LURK AS YOU SCROLL (UPSIDE) DOWN!

While you have your own favorite character, you can't truly know which Hawkins inhabitant you are without first consulting the zodiac.

This is the character you're most like according to the stars:

Aries are known for their competitive nature above all else. While both you and Steve always strive for first place—whether it's in the heart of your S.O. or on your sports team—you're also known to throw the occasional tantrum if you don't get your way. Steve is a leader who loves to be the center of attention as long as he's coming out on top, just like the Aries out there. Some may think you're a little controlling, but in your mind, if you're not first, you're the worst! 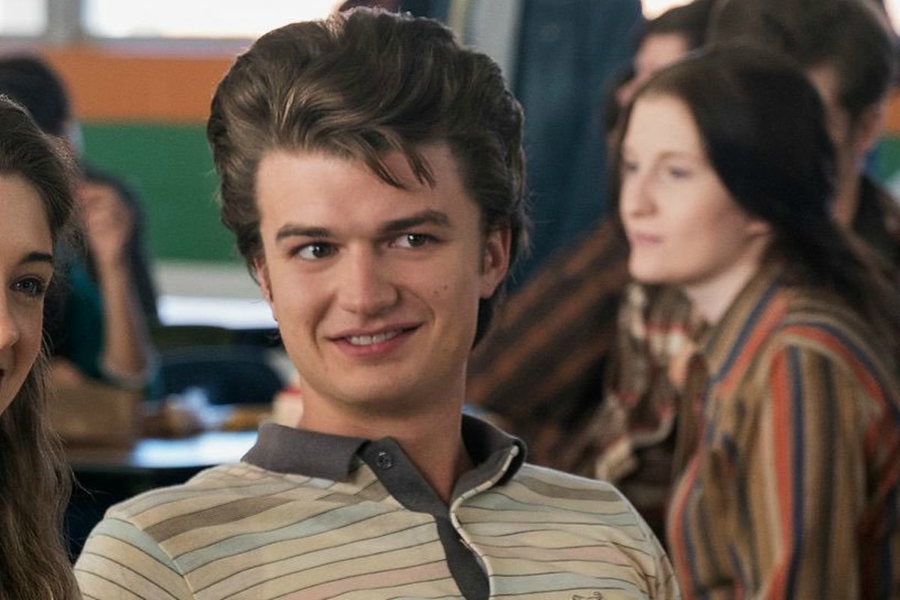 We typically think of Gemini as the two-sided sign, but Taurus is right behind them. At times you're moving at full blast and at others you're relaxing in the lap of luxury—just like Detective Jim Hopper is known to do. If there's one quote we can't forget by the wise Hopper, it's "Mornings are for coffee and contemplation." Yet on the other hand, he's an incredibly disciplined and hard-working detective who will stop at nothing until the mystery is solved. You and Jim both like your leisure time, but when you're on the clock, you both know it's go time. 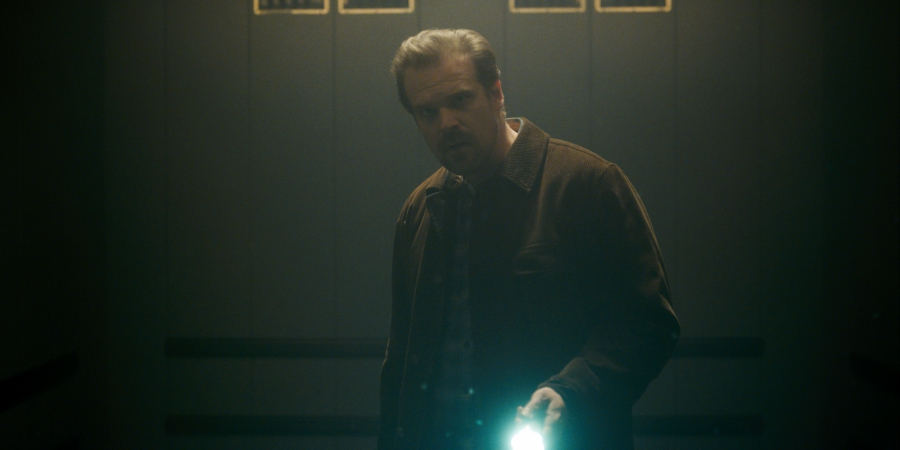 Gemini, you have a deep connection with our girl Eleven. Your ruling planet is Mercury, which controls communication, technology and the mind. What combo could possibly be more Eleven?? You both have cutting-edge thoughts and are continually trying to communicate. Whether you're channeling through "the bath," or simply conversing with your BFFs, you and Elle never ease up on the chit-chat. Geminis, being the twins of the zodiac, often feel like a piece of them is missing. Like Eleven, you're constantly on the lookout for a new friend to fill that void. But one thing is certain: You have standards, and that means friends don't lie! 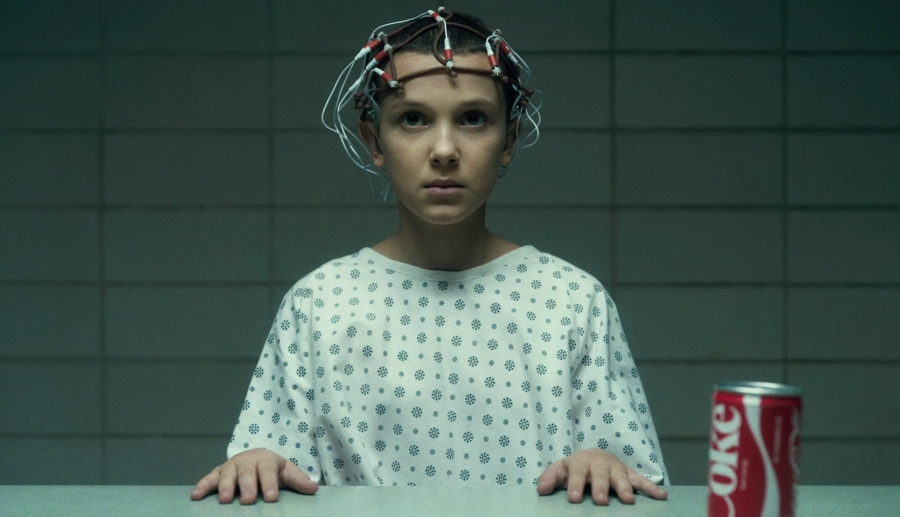 Cancer, you're a moody bunch, as you're ruled by the moon (aka you have many phases). Both you and Mike are intuitive and nurturing people, often taking care of the ones you love most. While Mike is known to bend over backwards for his friends, he's noticeably reserved when it comes to strangers or new people. You share Mike's wariness for the unfamiliar as comfort is your everything. But don't be afraid to let your guard down occasionally. Sometimes you need to step outside your shell! 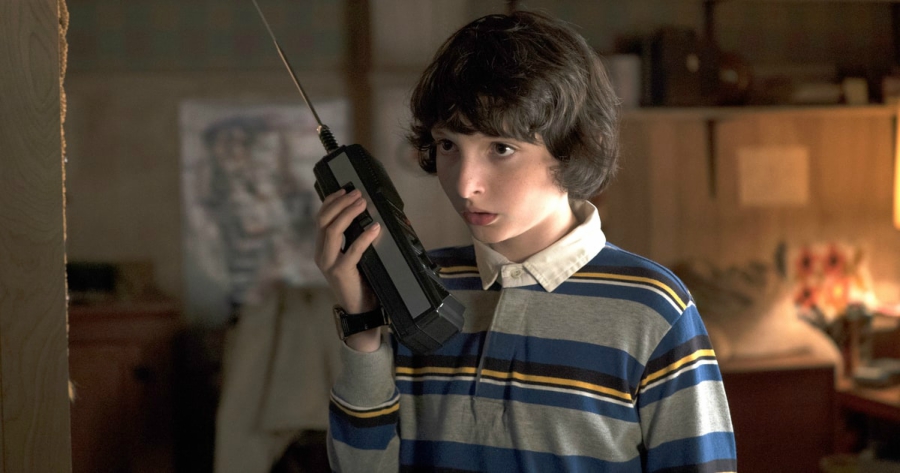 Leos, just like Lucas, love to be the center of attention. After all, being ruled by the sun means that the whole universe really does revolve around you. The downside to our beloved Leos and Lucas is that when the spotlight isn't shining, you're quick to aggravate. But what can you say? You've got a flair for the dramatic and always stand your ground. People love to know you because you're a pretty cool kid. Just like Lucas, you have a huge heart, but your loyalty can also cause you to become cold to outsiders. 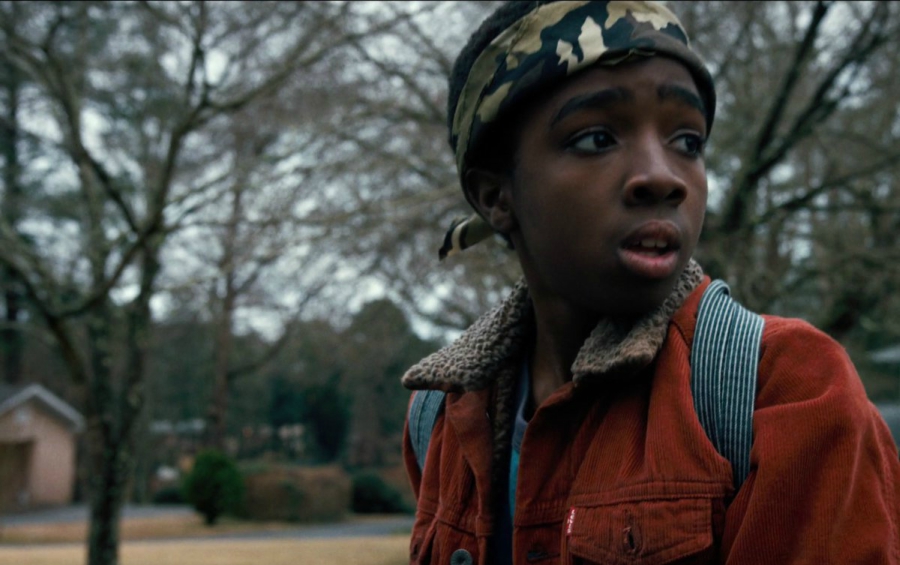 Virgos, you're the most analytical sign of the zodiac. You're constantly calculating and forming theories and opinions. Just like Dustin, you're always the go-to friend for answers because you're known to keep a close eye on everything. You're both amazing listeners, which means you give excellent advice. After all, Dustin never keeps the curiosity door locked! That said, you could be a bit more open about your own problems. We're not saying that the whole Dart fiasco wouldn't have happened had Dustin confided in his friends more… but, okay yeah we are. 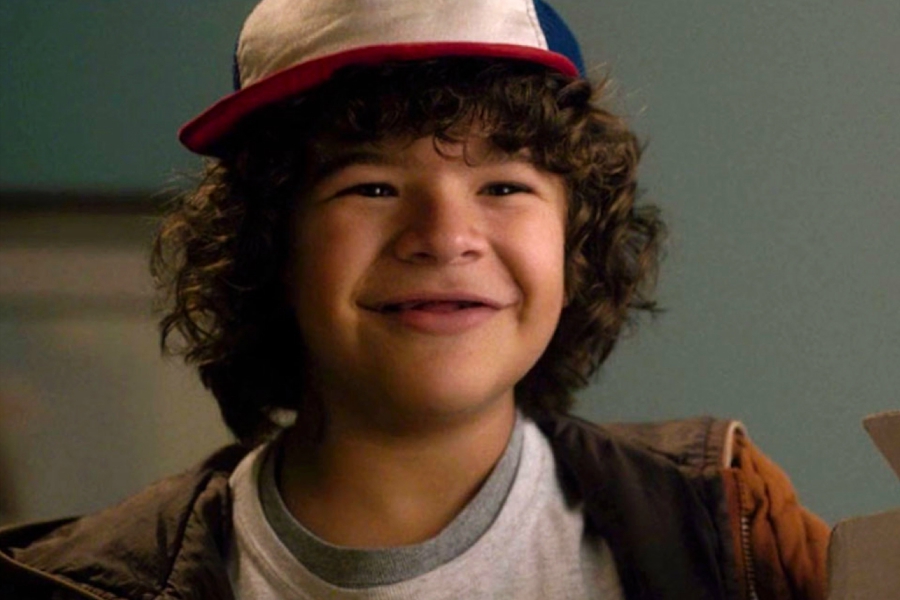 Libra, you're always standing up for what you believe in. Just like Nancy, you can't take your mind off of a subject until fairness is achieved. She may be the only character who actually cares about Justice for Barb, which is so like a Libra. You're both passionate and persuading, all while doing it in style. Like your Taurus sisters, you too enjoy luxury and the finer things in life. Though you have to admit, at times you get so swept up in a fight for balance that you forget to take care of yourself. You do you, Nancy, but don't forget about you. 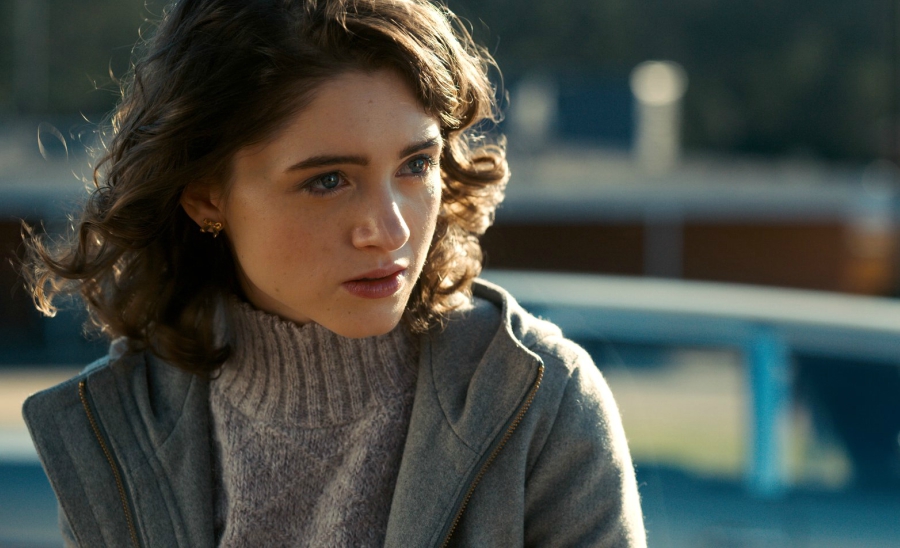 Scorpios are known for their mysterious personalities, which makes you and newcomer Max the perfect pair. At times you both may seem sulky and moody, but the truth is that you're both just misunderstood. At the same time, though, there's no denying the allure of your mystery. You're a very powerful sign of the zodiac, which means you have a strong effect on others. While you're prone to secrecy, you're also a fiercely loyal friend once you're able to open up. Just like Max, everyone around you can feel your intense energy—you just have to lighten up a little! 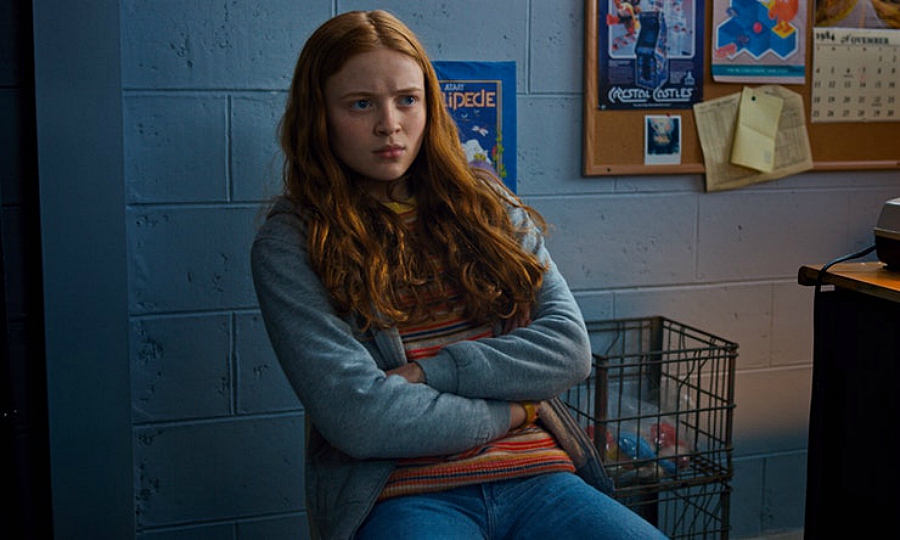 Jonathan may not have the cheery disposition that we've come to know and love from most other Sagittariuses, but our archers out there would really get along with Jonathan's never-ending quest for the truth. While some of you may possess the wanderlust thirst for adventure, others of you are constantly seeking enlightenment and pushing boundaries with your explorations. Jonathan, like you, is all about finding deeper meanings and taking leaps of faith. He is nothing if not honest, inspiring and encouraging to his little bro Will, just as you doubtlessly are with your friends. 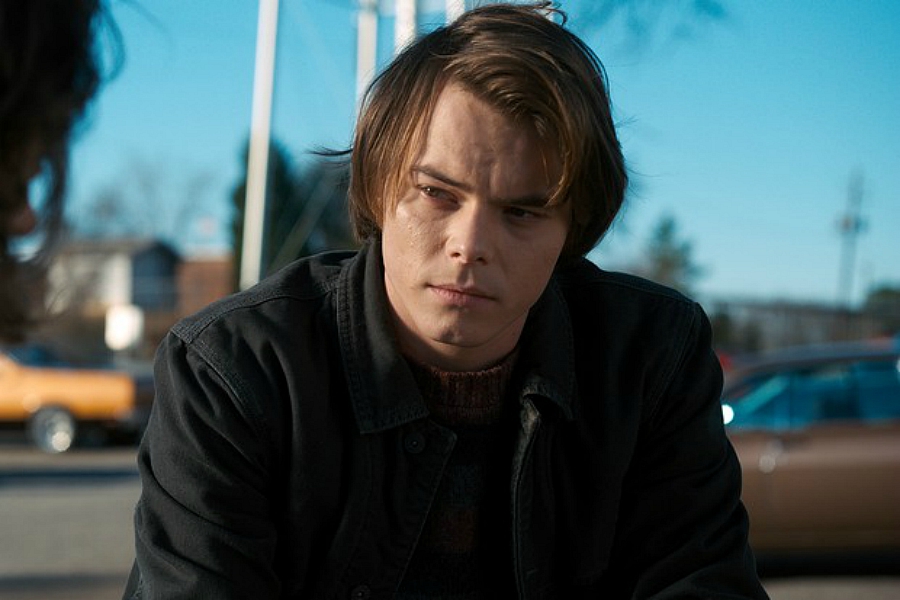 Capricorns are known for playing by the rules and working hard to achieve their goals. You and Barb would have gotten along seamlessly, as you both value respect and responsibility. You'll make sacrifices for your friendships because you know that in the long-run it'll pay off—though we would give anything to tell Barb not to join Nance at Steve's party! While your responsible side makes you super reliable, don't forget to let loose and have a little fun every now and then. 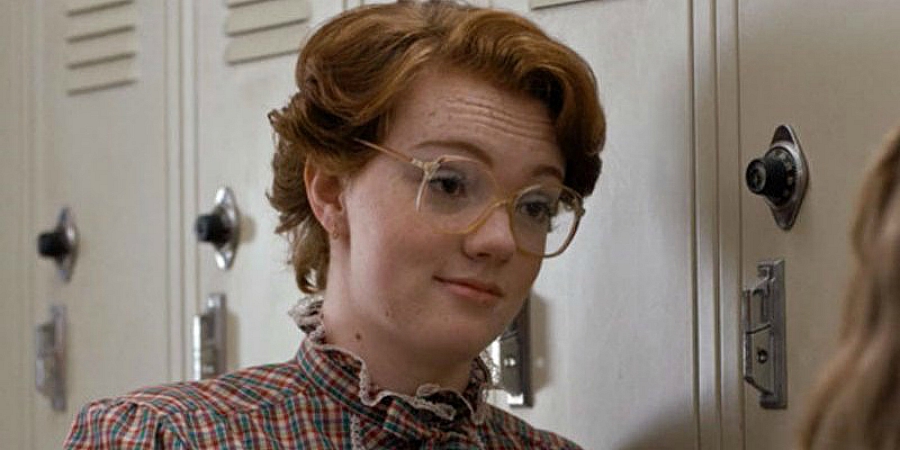 Aquarius always march to the beat of their own drum. You and Joyce may seem eccentric to some, but the truth is that you're both out-of-the-box thinkers who can't be tamed. While you blaze your own trail, you're also great to have on a team. Once Joyce was able to get Hopper on her side, that duo was fiercely dynamic. Your creative minds open you up to all possibilities, making Joyce a believer, and Aquarians major fans of science fiction. The two of you go together like peanut butter and Oreos… not quite traditional, but extraordinary nonetheless.

Pisces are the most creative signs of the zodiac. You are deeply emotional and empathetic just like Will, who was able to withstand his difficult "now memories." You and Will are the most artistic individuals of your friend group, and while the praise is appreciated, it certainly isn't required. You create what you feel, which is usually a profound piece of emotion and wisdom. As Pisces, you share Will's conflicted desires to both run away from reality and confront it head-on. All of those emotions may make you appear weak to others, but inside you are the strongest zodiac sign of them all. 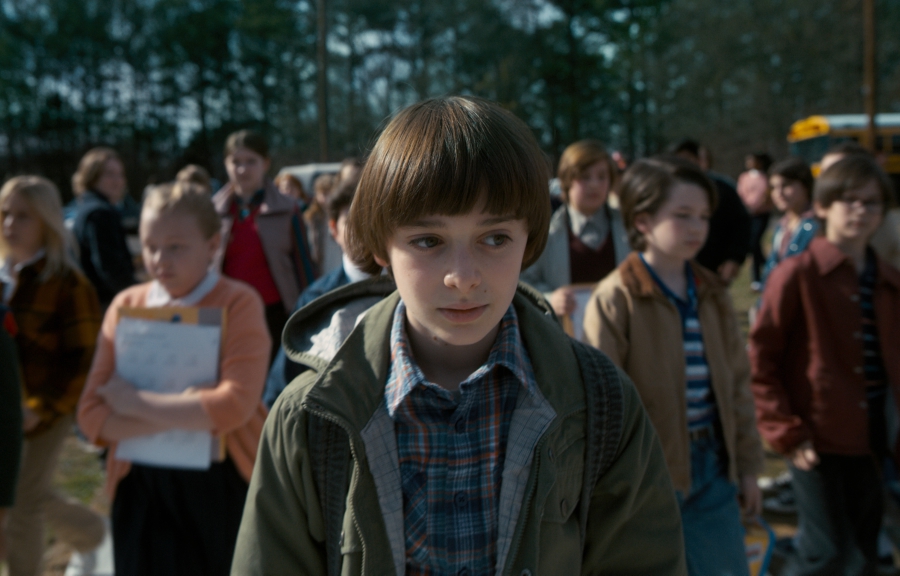 If you're much more interested in your Hawkins OTP, click HERE to find out which Stranger Things guys is your perfect match.