A Definitive Ranking of the Couples in Stranger Things, From Worst to Best

Eleven and Mike were clearly meant to be, but the verdict is still out on whether Nancy should stick with Jonathan or run back to Steve. Not every relationship is created equally, so keep reading to find out our definitive ranking of each of the show's biggest couples—and if you're avoiding Stranger Things spoilers for seasons one and two, maybe you should watch them before you continue reading!

If Carol and Tommy H. have any redeeming traits, we haven't seen them. Both are concerned only with status and popularity, and they're downright mean to anyone they don't think lives up to their standards. They make fun of Steve for dating Nancy, and then make fun of him even more when they break up. and we have no idea how Steve fell in with them in the first place, and they've certainly earned the spot as the worst couple on this list.

At one point, Karen and Ted Wheeler might have been loving and doting parents to Nancy, Mike and Holly, but they're way past that when Stranger Things starts. Ted is completely uninvolved with the rest of the family while Karen puts food on the table and takes care of the youngest, Holly. She's completely bored with him, and he doesn't care at all. Still, if they were better parents they would've undoubtedly found Eleven when she was living in their basement, or prevented Mike and Nancy from going out at all hours to save the town, so maybe their negligence isn't all bad.

Nancy and Steve have a lot of potential as a couple. Unfortunately, during the first season of the show, they were on completely different pages—not to mention the supernatural forces working against them. To start, Steve's friend group was a terrible influence on him, and at first, Nancy was attracted to him for all the wrong reasons. She lost track of what she stood for in trying to impress him, eventually ditching her best friend, Barb, just moments before she's killed by the Demogorgon. While it wasn't actually Nancy's fault, that guilt never stops weighing on her, and it's essentially what dooms her relationship with Steve, regardless of his growth into a better person. 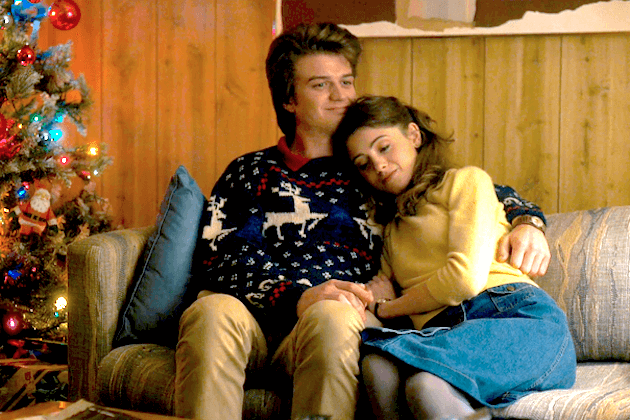 This is mostly a joke—but we're not going to say it couldn't happen. Karen would clearly rather run off with Billy than remain a long-suffering housewife. In all likelihood, the relationship would be super toxic, but who's to say they wouldn't both learn from each other?

Even though we know almost nothing about Mr. and Mrs. Sinclair due to their limited screen time, we like them instantly. They seem like caring parents to Lucas and Erica, and their relationship appears to be stable and loving. If we just knew a little more about their dynamic, we're sure we'd be able to rank them higher. 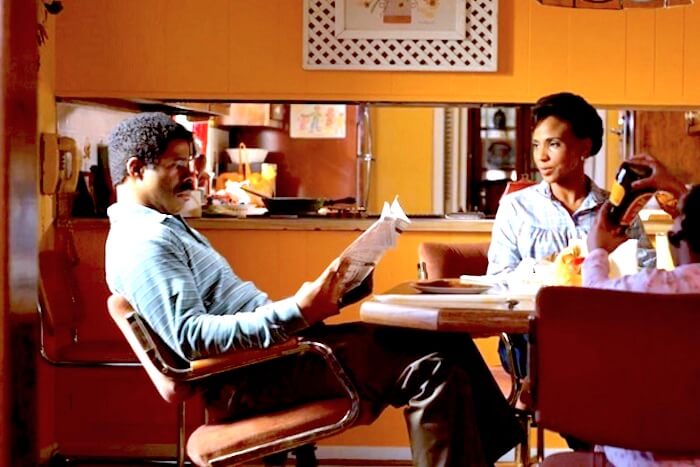 As much as we were rooting for Nancy and Jonathan to get together in the second season of the show, we also have to admit that their relationship is all kinds of weird. Jonathan stalked Nancy and took a bunch of photos of her while hiding in the bushes like a creep, but for whatever reason, Nancy (and the show) barely seemed to notice or care. They're brought together by tragedy and the desire to save people they care about from the Upside Down, and they think alike and work well together. Still, we think that when they do accept their mutual attraction, it's out of lust rather than something deeper. 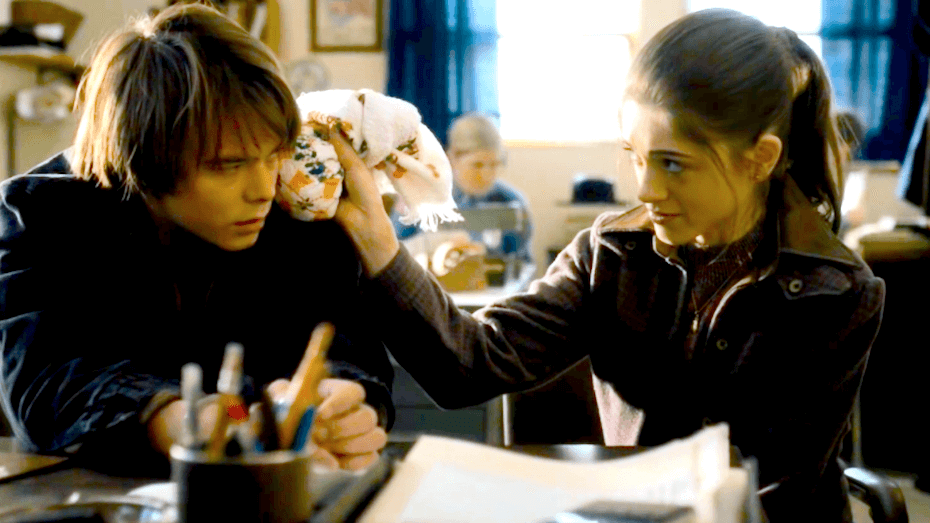 For now, it's only speculation that Joyce and Hopper will date in the third season of the show, but we're crossing our fingers that it happens. Not only have the two known each other since high school, but the shared experience of dealing with the otherworldly events in Hawkins has brought them closer together than ever. Now that Hopper is Eleven's adoptive dad, he also knows what it's like to have their child tied up in something beyond his understanding. And as a couple of the only adults who really know what's going on, they're going to need each other the next time the Upside Down rears its ugly head. 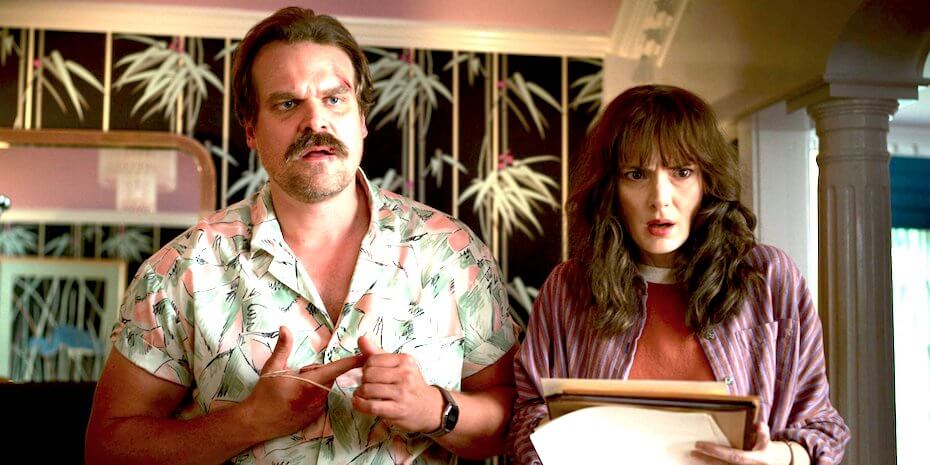 When Max shows up in season two, she stirs up a bit of drama between Dustin and Lucas, and as much as we love Dustin, we think she ultimately makes the right choice. The relationship works because it's built on friendship, where Dustin wanted to rush straight into romance. Max and Lucas have so much in common, and the pairing is so wholesome. Plus, the fact that Max's wicked stepbrother, Billy, is opposed to the relationship for such awful reasons makes us cheer them on even more.

If Season 1 Steve had shown the maturity and care of Season 2 Steve, Nancy never would've broken up with him. It's then that he demonstrates he's willing to put himself on the line for others, first when he forms a hilariously sweet bond with Dustin, and later when he's willing to stand up to the much-stronger Billy to protect the kids he feels responsible for. We know Jonathan would risk it all to save his brother, Will, but we doubt he'd do so for a bunch of kids he barely knew. If Nancy could see his actions, we think she might regret her decision. But the fact that another season is on the horizon means it's never too late for her to change her mind. 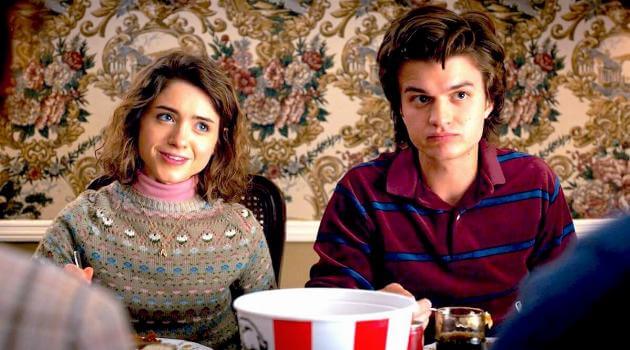 Was anyone sweeter and more understanding than Bob? After the trauma Joyce faced in season 1, she deserved all the kindness and devotion Bob paid her. When she felt that she was out of her mind, or that things were getting too weird and supernatural, Bob was always patient and willing to help when he was wanted or to keep out when he was asked. Both Will and Jonathan trusted him almost immediately, which is a lot to ask when someone starts dating your mom. He was a good guy through and through, even sacrificing his life so that his loved ones could make it out alive. R.I.P, Bob. You'll be sorely missed. 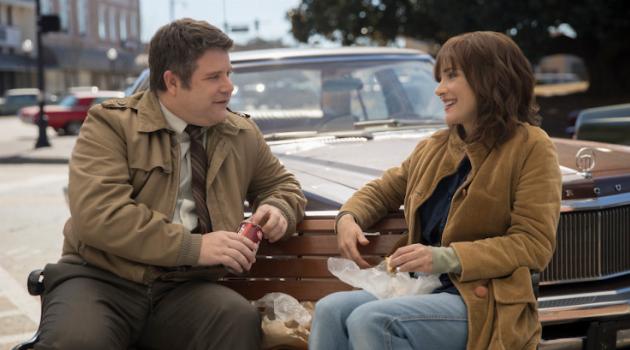 Eleven and Mike are the go-to Stranger Things OTP, and for good reason. The two are arguably the biggest characters on the show, and they've been given ample screen time for their friendship to blossom organically into something more. Mike is a genuinely good person, and he's willing to put himself in danger and hide Eleven in his basement even though he has nothing to gain. Thanks to Mike, Eleven learns the meaning of friendship. They care so much about each other,  and when the two are separated after the season 1 finale, they never stop thinking about when they'll be able to see their friend again. When they finally get to dance together at the Snow Ball, it's everything we ever wanted. 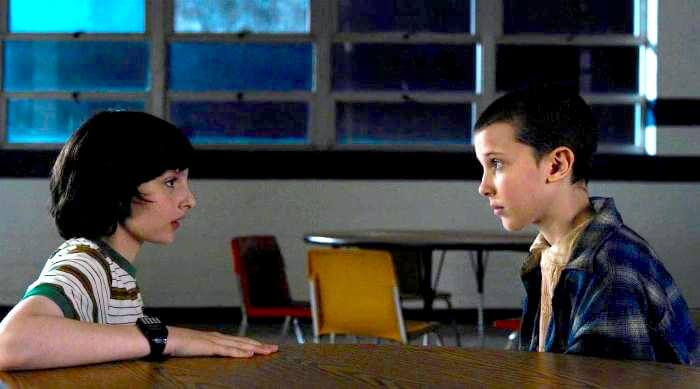 Not convinced this is the right order? Click HERE for our thoughts on why Steve was always the better choice for Nancy.