Definitive Ranking of the Best (and Worst) Stranger Things Characters

Stranger Things 2 has our emotions turned Upside Down.

From characters we love to those we love to hate, we just can't deny that the Hawkins gang has really began to feel like family. 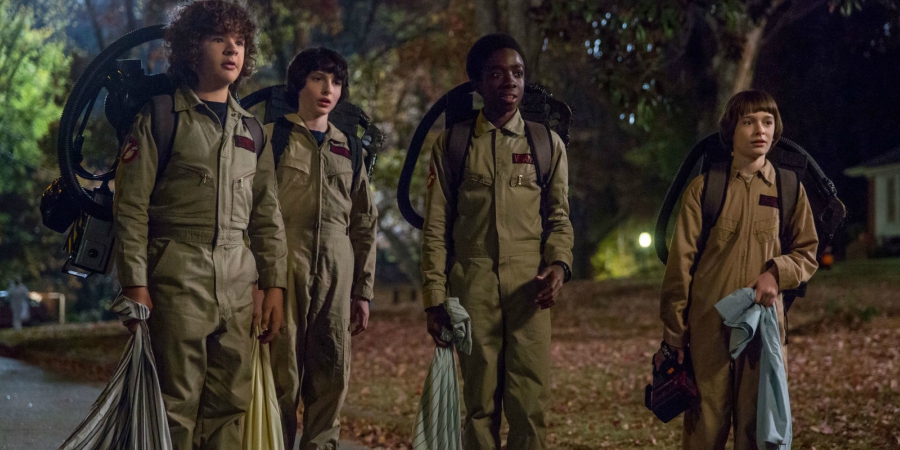 Because all families play favorites (admit it!), we decided to rank the citizens of Indiana from worst to best. Scroll below to to see how each of the characters fared—SPOILERS AHEAD, OVER AND OUT!

Papa is so evil that he may just be worse than the Demogorgon itself. I mean, who takes children away from their families?! We may never truly know what Eleven experienced in Hawkins Lab, but we feel her pain enough to rank Dr. Brenner as the worst Stranger Things character. 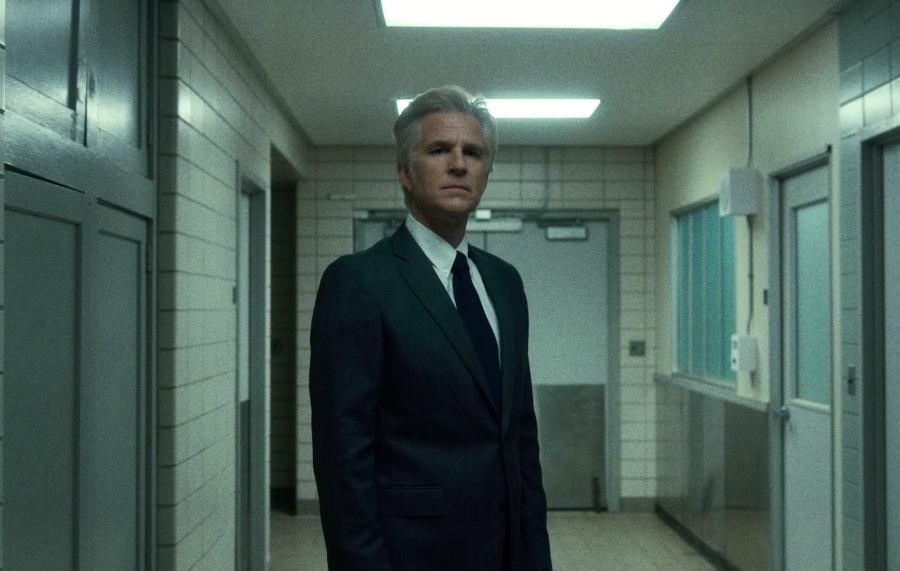 While Murray may not be a mad scientist, bully or Demogorgon, he still gives us the heebie-jeebies. We're not totally sure what this character is up to or why he's so interested in Nancy and Jonathan's relationship, but we could really do without his meddling. In the end, he may be fighting on the right side, but he accomplishes his objectives in all the wrong ways. 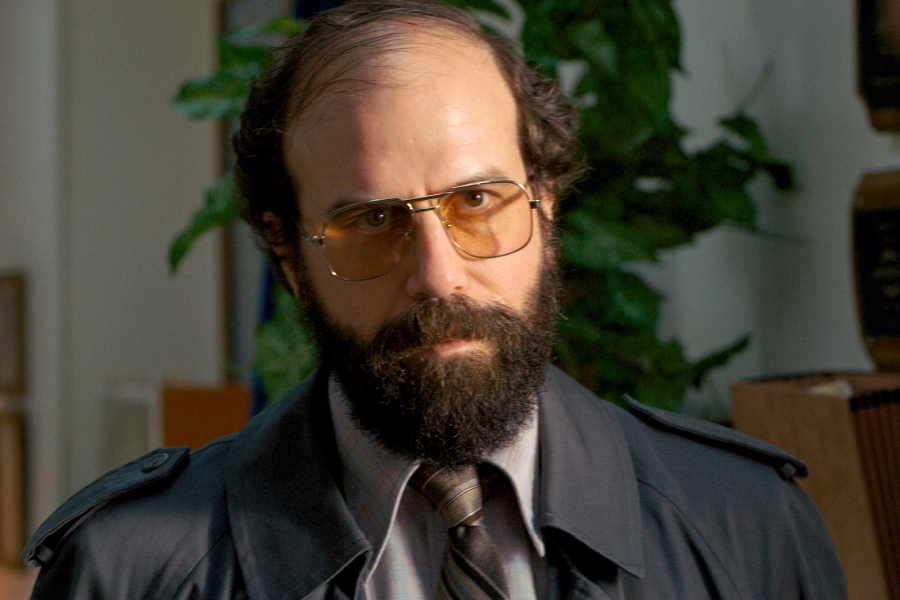 Billy is bad news, from his revved-up engine to his mop-head mullet. This bad boy has an even worse attitude, and while we know this bully is a result of some parental bullying of his own, we still have to rank him as one of our least faves. But… those eyes though. 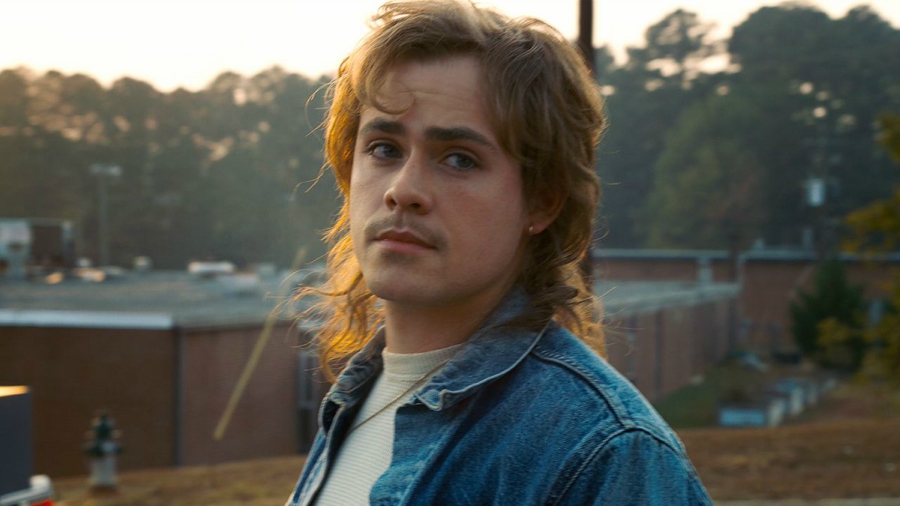 You may be wondering why Dart, the baby Demogorgon, doesn't rank last on our list. While this little guy is about to turn into a big bad, he does have a soft side for Dustin that gives him a teensy tiny pass in our hearts. Sure, he may have eaten Dustin's cat, but Dart is just living that rough, tough circle of life. 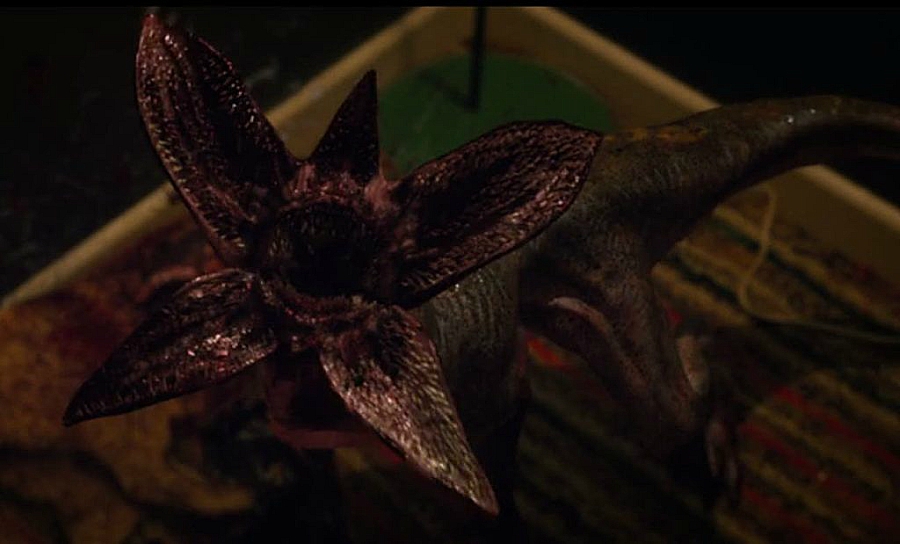 We have high hopes that Kali will have a dramatic character arc next season. We know she wasn't born bad, she simply had a rocky upbringing and, yeah, revenge is sweet. But we can't deny that the girl we saw in season 2 was all about the dark side. She may just have been able to corrupt Eleven if her love for her Hawkins fam wasn't so strong. 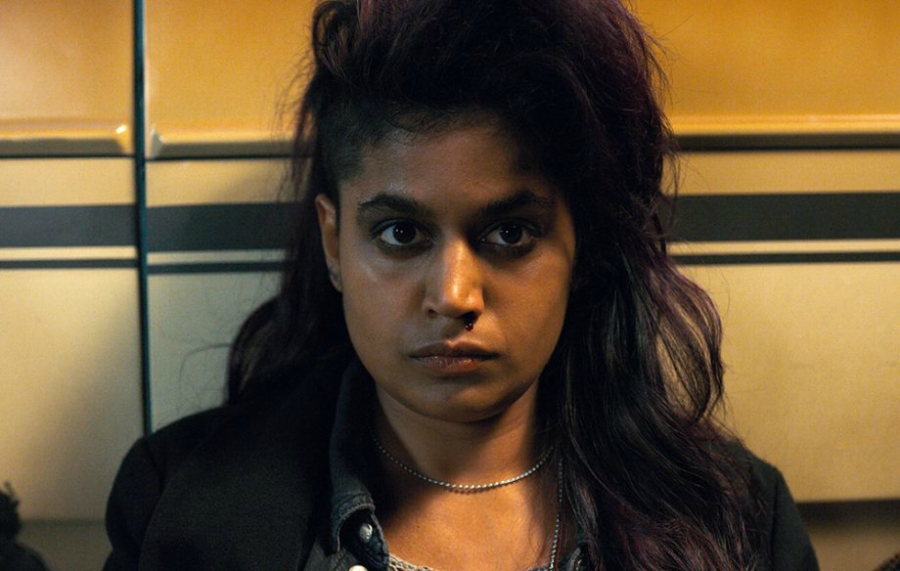 While Dr. Owens is far more respectable than Dr. Brenner, we still got a bad vibe from this medical professional right from the get-go. Sure, he presented a much more sympathetic approach to Will's situation than his colleagues, but we can't deny that Dr. Owens' initial shady behavior gave us major trust issues. In the end he proved himself worthy of our good faith, but it took him a tad too long to get there for our liking. 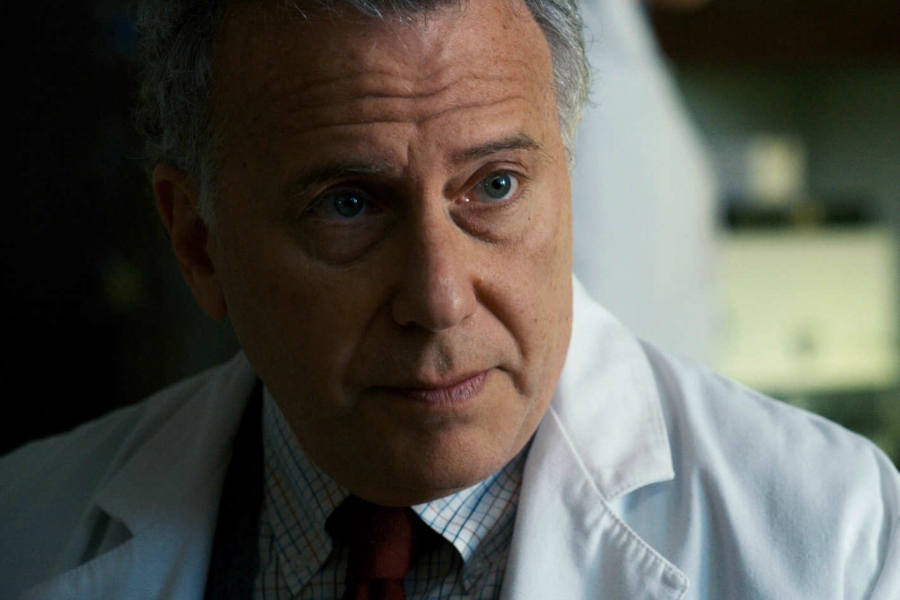 Poor Joyce, she really can't catch a break. While she may actually be the best mom in this small town, her frantic, anxiety-packed freakouts are enough to drive any viewer crazy. We love Joyce's devotion to her son, but we just can't be here for that stressful energy. 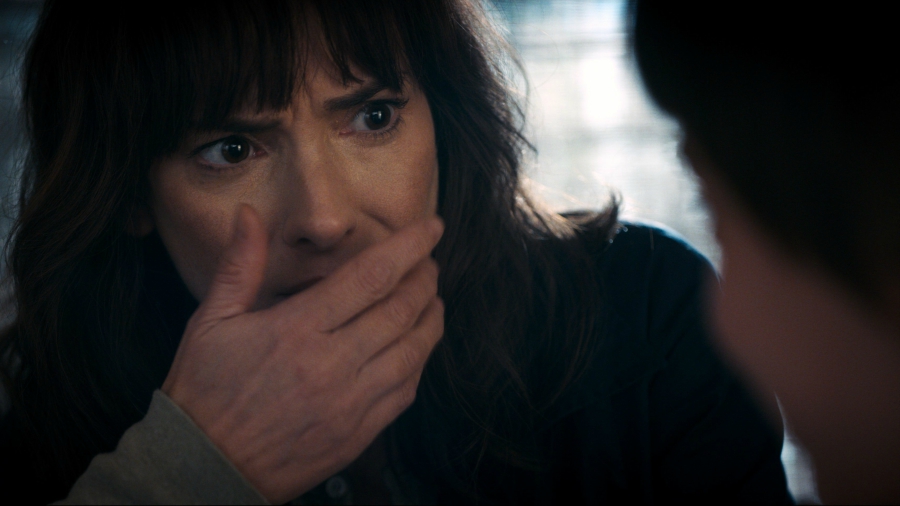 Mr. Clarke may not be a very prominent character through the seasons, but this teacher is here to ground the supernatural story in reality. He's always available to provide the crew with answers to even the most impossibly far-fetched questions. Tbh, we wish we could be in Mr. Clarke's class… as dorky as he can be at times. 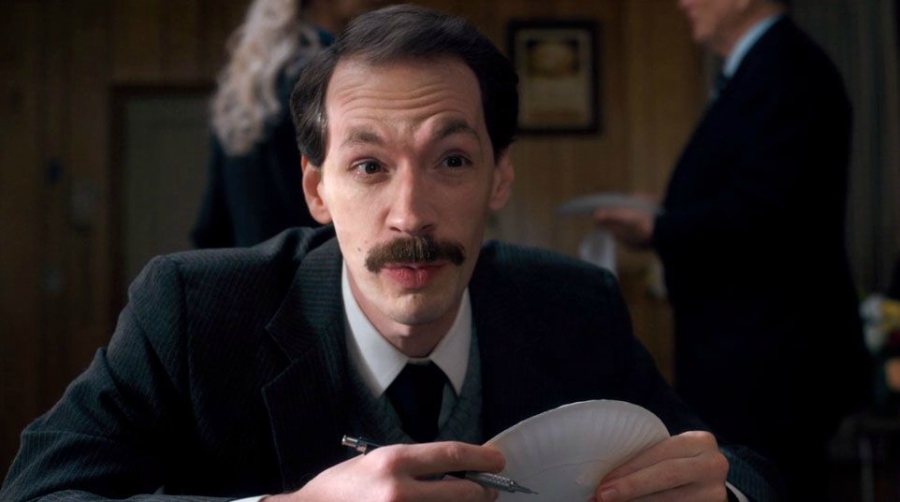 The only reason Barb doesn't rank higher on our list is because her time on the show was short. She promised to be a super intriguing character until the Upside Down ripped her away from us too soon. That said, we will never stop asking for Justice for Barb! 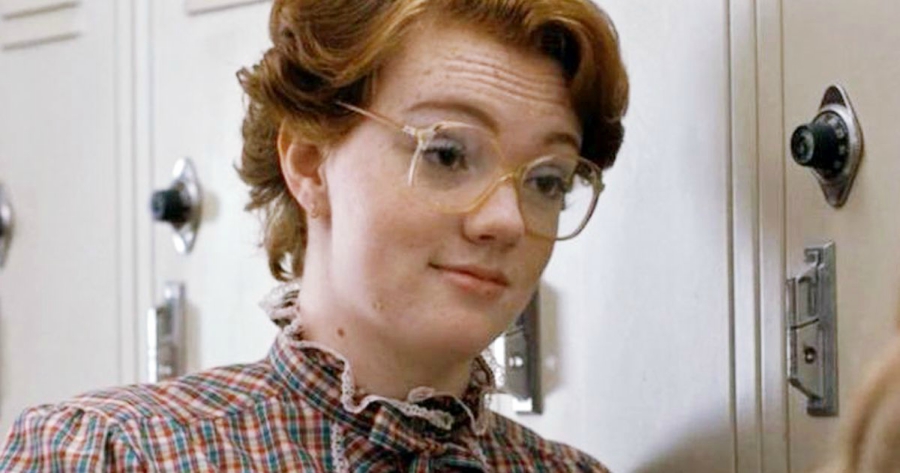 We feel super bad ranking Will in the middle since he's gone through so much trauma, but we can't deny that with the Demogoron inside of his mind and body, Will is a tad bit evil. We know that Zombie Boy will make a comeback, but for the time being we just can't trust this character. 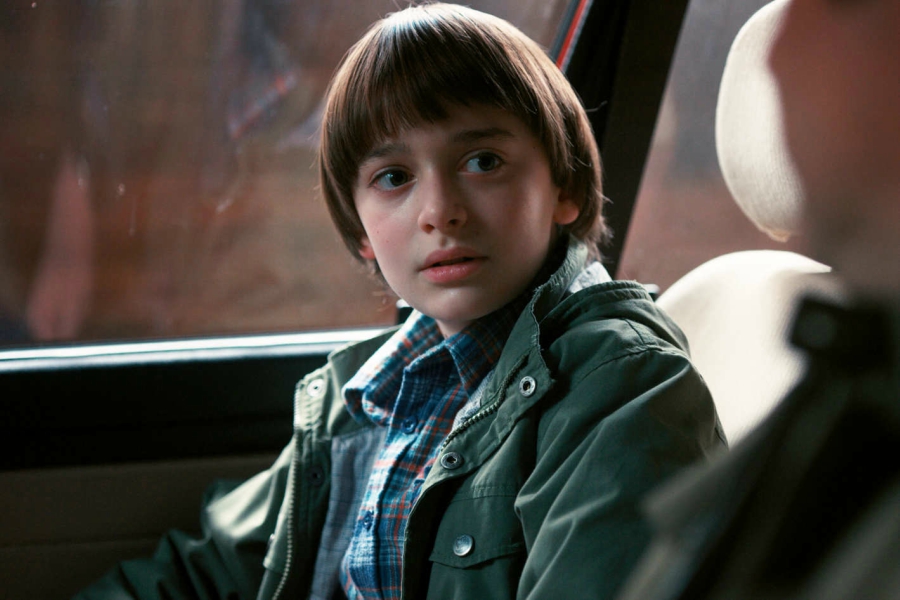 We have such a love-hate relationship with Jim Hopper. Depending on his mood, he's either a sweet, warm role model or he's an impulsive and explosive force. While we know he's fighting for the side of good, he's sometimes too stubborn for his own good. But at the end of the day, we love this Detective  because we know he's just processing some really difficult life struggles. 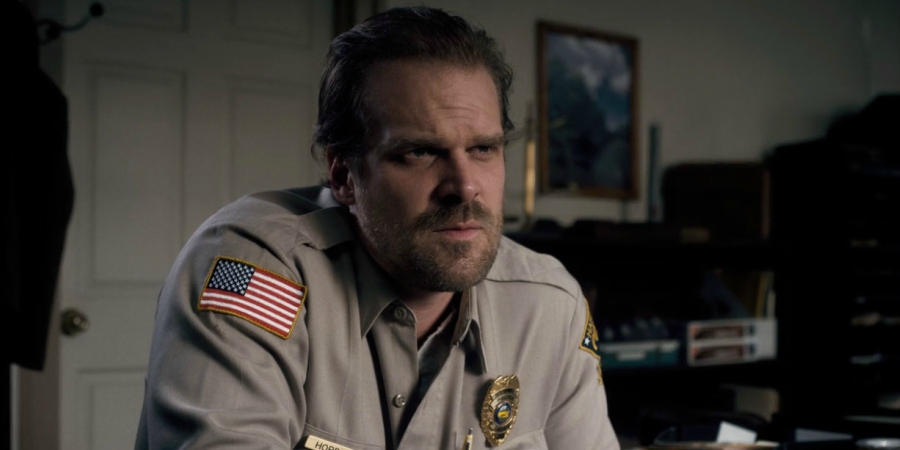 Jonathan may have been a weird kid from a dysfunctional family in the first season, but he's grown into the moral compass of the show. Whether Jonathan is providing encouragement for Will, protection for his mom or advice for Nancy, he's always sincere and available. In fact, we may just ship Jancy over Stancy. 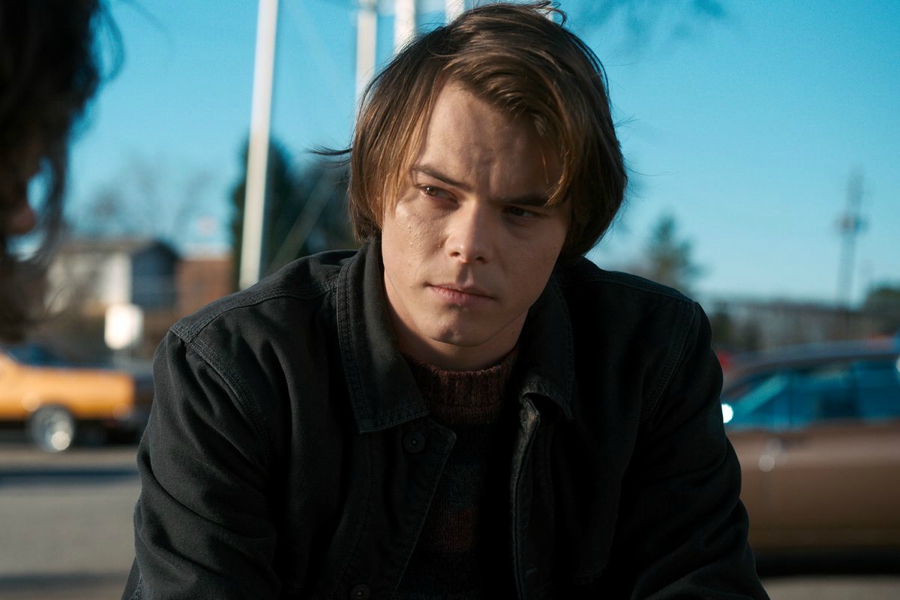 Nancy is one of Hawkins's most determined characters. Whether she's striving for good grades, the affection of her crush or exposing the corruption within Hawkins Lab, she doesn't give up until she's reached her goal. While Nancy's kindness showed throughout the season, she earned major favorite points when she partnered up with Dustin at the school dance. Aw, Nance. She's just a really good person, you know?? 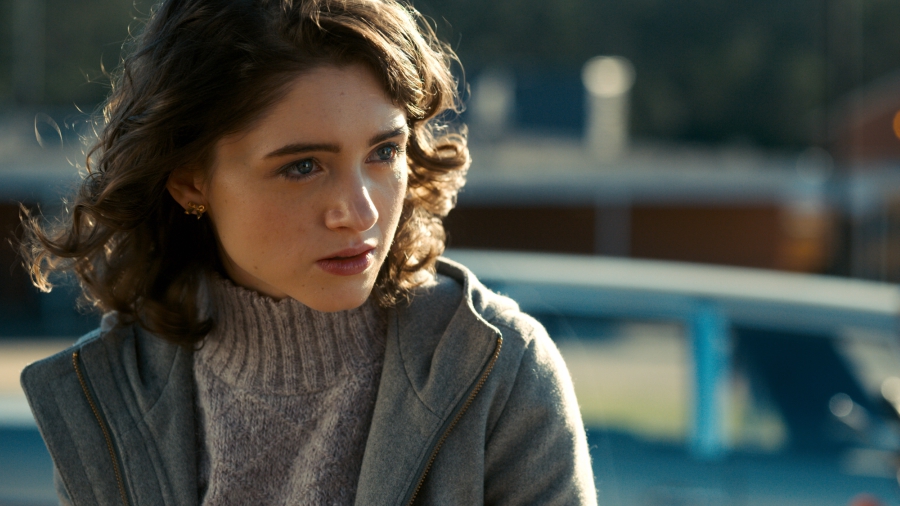 If you'd asked us last season, Steve would have ranked right up there with Billy. But he's undergone a total #TransformationTuesday and we have to admit we're kind of swooning. His friendship with Dustin may have just been the cutest thing we've ever seen and the way he put himself in danger to save the younger kids was totally admirable. Steve has jumped to one of our favorite characters because it isn't easy to change, but he did it with style (PS is Steve the Veronica of ST??). 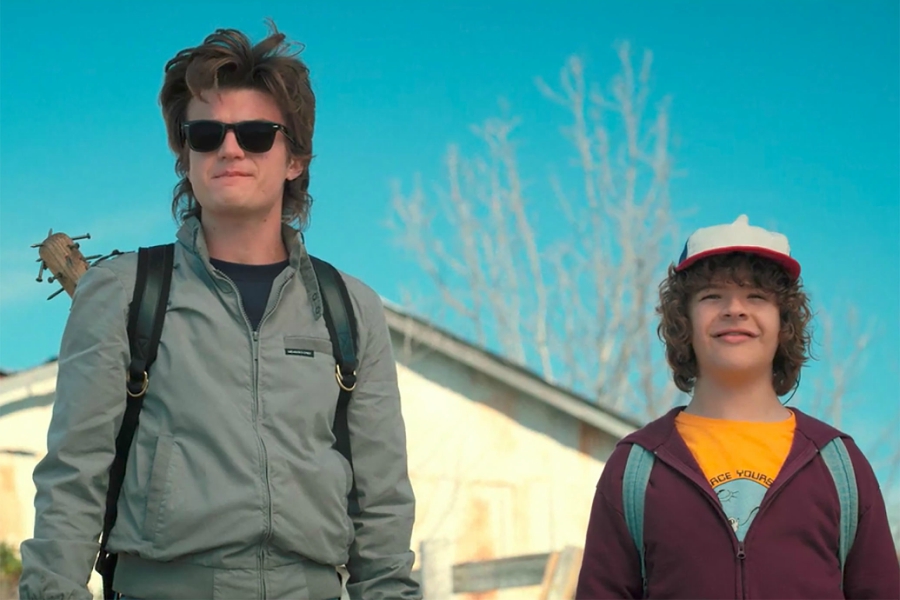 Max may be rough around the edges but she's a girl who knows what she wants and won't settle for anything less. She's an individual who is upfront about her feelings, both the good and the bad. These personality traits make her a quick favorite in our book because she may just be the best example of girl power in this show. Plus, she has the highest score at the arcade! 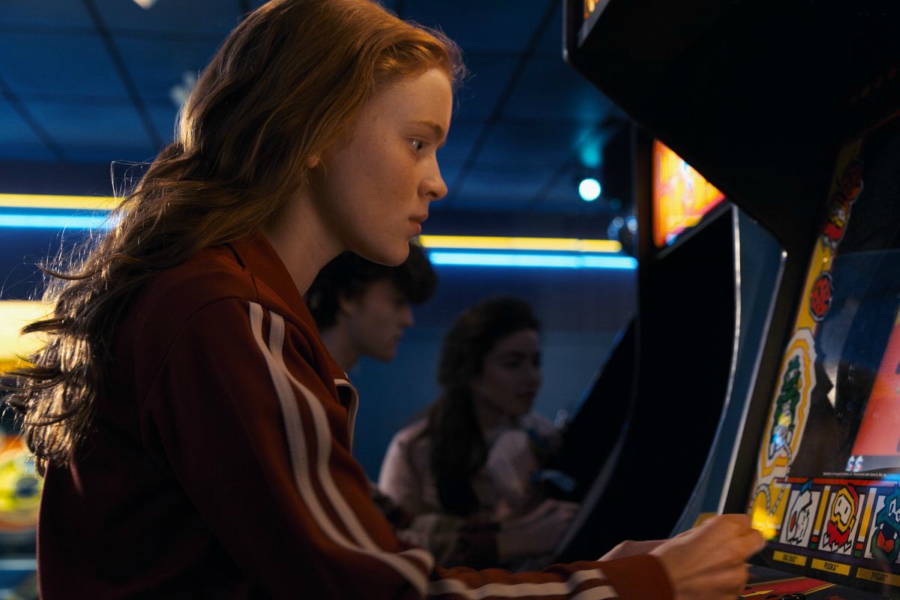 Bob Newby will forever be a superhero in our hearts. He may have been a total geek and way too mushy at times, but he had the kindest heart of anyone in town. His bravery had us on the edge of our seats while his life advice had us grabbing for tissues. Bob may just be the Barb of season 2 and we'll never forgive this show for taking away another one of our favorites! 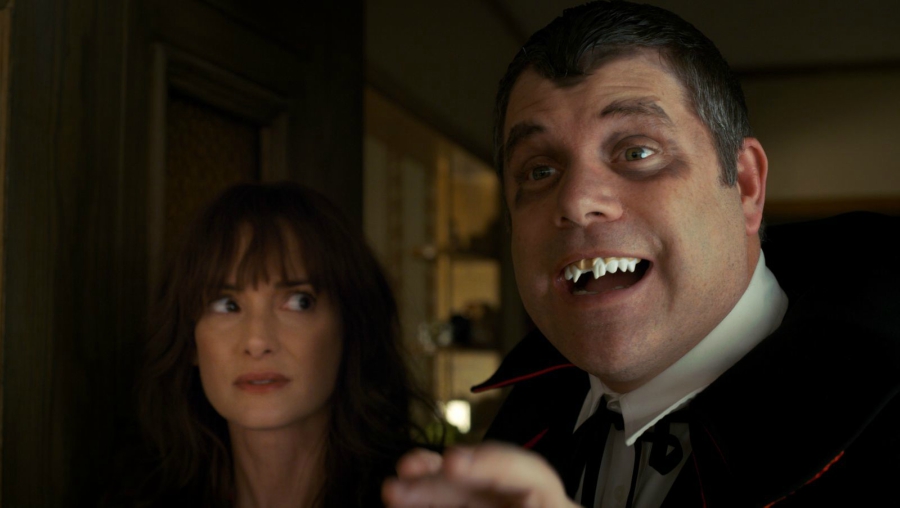 Lucas is one of the least predictable characters of the show which makes him truly interesting to watch. You never quite know how he's going to react, but you sure do know it'll be with a big personality. We love his brotherly banter with his little sister, but what really spoke to us was the advice he gave Max about her family life. This kid is "totally tubular!" 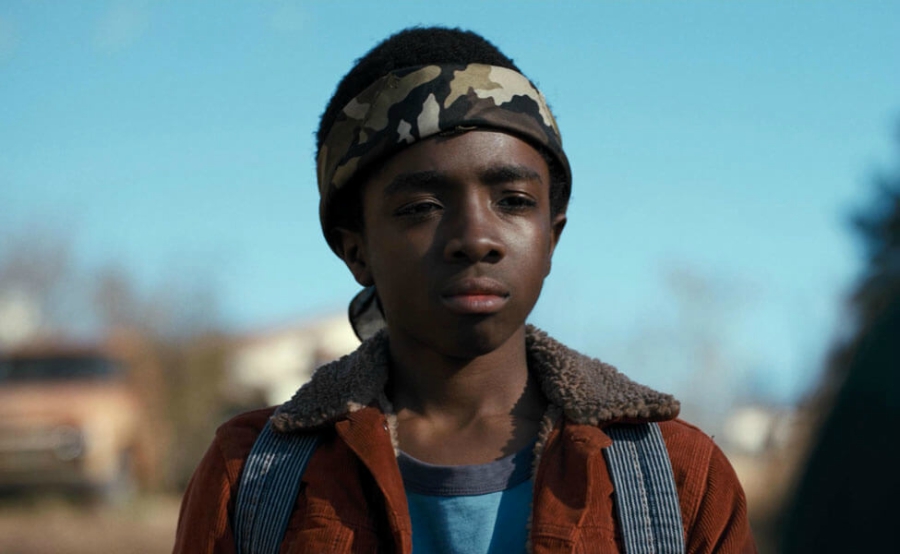 Mike is a true believer, which makes him one of the best characters on the show. From friendships to crushes, he's always there for the people he cares about most. Mike may just be the most thoughtful and loyal friend in Hawkins. While we can't really condone the cold shoulder he gives to Max, we know that inside he's just hurting. 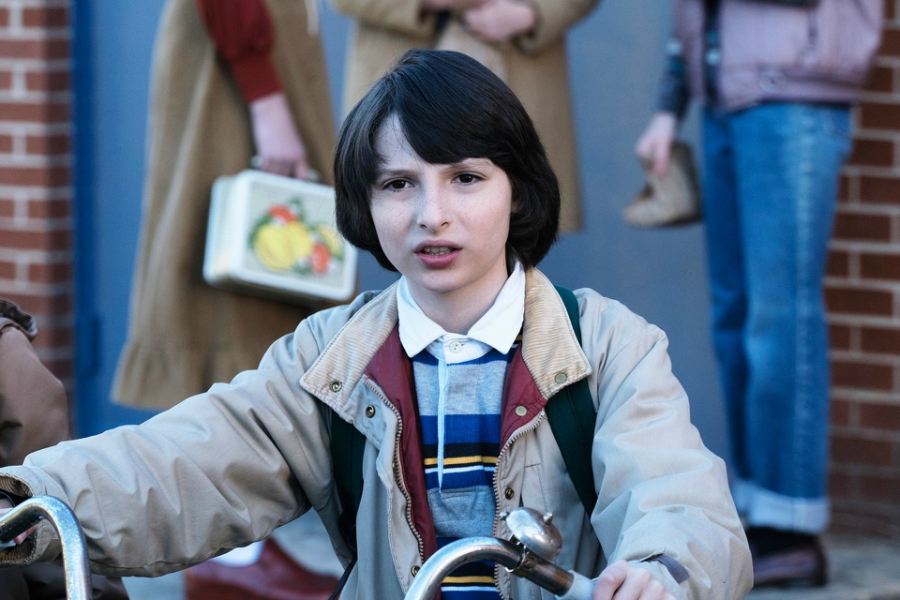 Eleven has superpowers for one, which makes her an immediate fan fave, but her ability to pull away from the darkness is what makes her truly strong. While she has more power than she knows what to do with, we know deep down that she's always trying to make the right decisions. As she grows, so do her powers, but we believe that El will stop at nothing to protect her loved ones. She's the coolest kid in Hawkins, that's for sure, with the best taste in frozen breakfast. 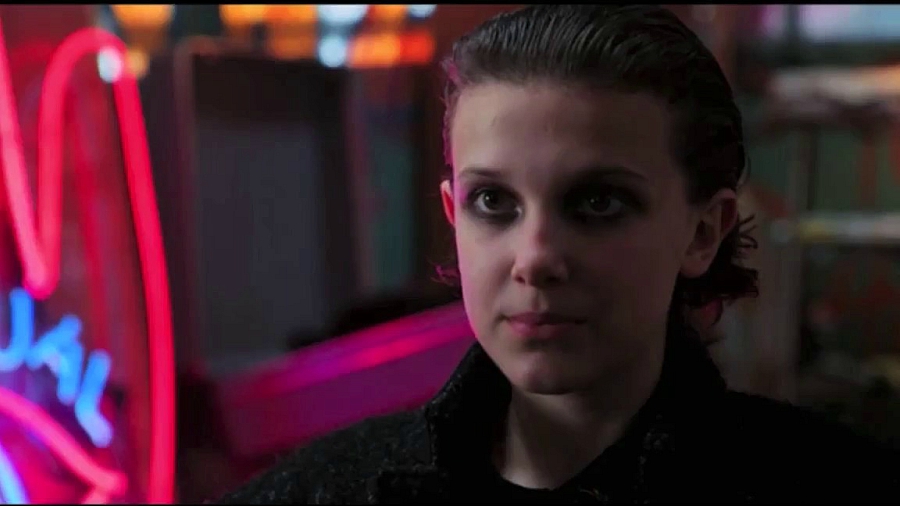 Dustin comes in at No. 1 because he is an all-around enjoyable character. From the comedic relief he provides to his deep feelings of love, this character always has something interesting to say. At times Dustin is the peace-maker and at others he's forced to deal with his own issues of jealousy. But whatever the situation, he always comes out on top. I mean, no one else has been able to charm a Demogorgon after all! Plus, we just can't get enough of his goofy smile. 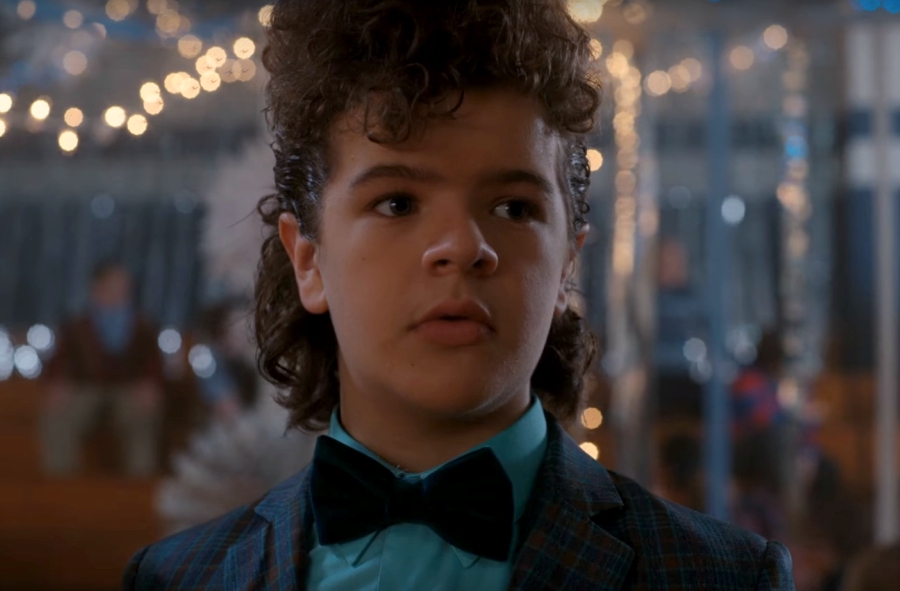 If you're a bigger fan of Archie and his crew then you need to click HERE find out our definitive ranking of the best and worst Riverdale characters.