There's a new Stranger Things promo as of Monday, and the funny video seems to narrow down the window of when the series will resume. Season 3 is in the works, and it looks like it could premiere during Summer 2019. 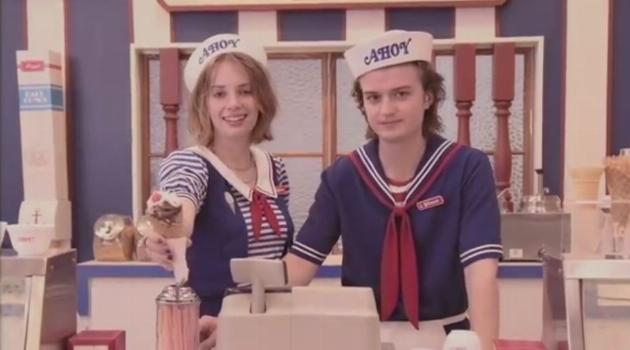 The promo parodies '80s TV commercials by advertising the opening of the fictional Starcourt Mall in Hawkins, Indiana. In true throwback fashion, the video captures the vibe of the decade's ads, plus shows off '80s fashion and the stores that were big at the time. RIP, Waldenbooks.

Unfortunately, the promo doesn't seem to reveal much of Stranger Things' Season 3 plot, but it does at least give us a look at what Steve Harrington (Joe Keery) has possibly been up to. If the video is anything to go by, the character has gotten a job hawking ice cream and he'll be spending time with a newcomer named Robin, who is played by new cast member Maya Hawke.

No exact release date is revealed in the promo, but at the very end, we learn that Starcourt Mall is coming "next summer," so we suspect that means that Season 3 will arrive about a year from now. While we'd like more episodes of the show before then, the upcoming season is still in production and you can't rush perfection.

Let's just hope Stranger Things arrives on Netflix no later than next summer.

If you're obsessed with Stranger Things, click HERE to read some quotes that work as great Instagram captions.