All the Reasons You Should Make Vulnerability Your Biggest Superpower

When you hear the word "vulnerable," do you think of someone cowering helplessly in a corner, or embracing their truest self?

Julia Ruggiero wants people to start imagining the latter. She's a public speaker and the author of VulnerABLE: How to Notice the Power of Vulnerability Through Lettuce, Laundry & Love, and she knows firsthand the power of accepting your vulnerability to live your best life.

How exactly can that kind of exposure make us happier and healthier? Keep reading to find out precisely what Julia had to say about the magic of vulnerability.

Sweety High: How would you define vulnerability?

Julia Ruggiero: I like to say that vulnerability is acknowledging and accepting that you're not perfect. I focus on the word "able" in vulnerable. It's exposing yourself, and that can be either positive or negative. People often see vulnerability as a weakness, or something really bad or embarrassing. Really, it's just a part of your identity and acknowledging your imperfections. It's not good or bad. Vulnerability is just accepting who you are.

The historical definition of vulnerability usually refers to someone who's being attacked or harmed. Today, we understand it more as exposing yourself, and not having control of what other people think about you. 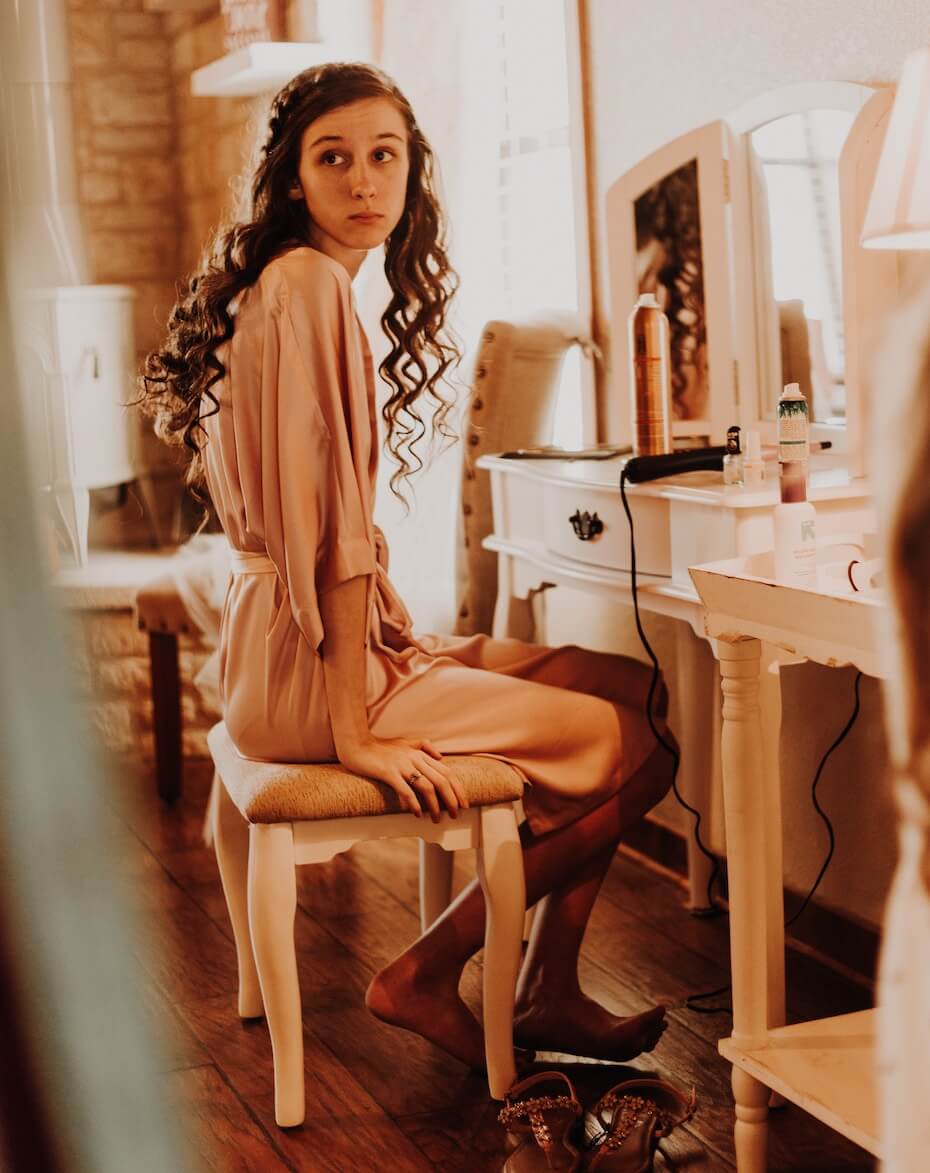 SH: Why can exposing our true selves feel so scary?

JR: The stereotypical scenario for vulnerability is someone standing naked in front of a big group of people. It's a very exposed state. All of your insecurities and secrets are out there on the table. That's usually seen as a negative, because people always have judgments and opinions. Maybe they're voiced, or you may have to guess what they think based on the way they act. There's that fear of not knowing everything that's happening around you.

One of the reasons vulnerability is widely perceived as weakness is because there's a lack of control. If you tell your crush you like them, or ask them out on a date, the risk of rejection is the ultimate exposure. You're sharing your true feelings, and at the same time have to accept someone else's. You're not always going to get a good outcome, but that's okay.

SH: What set you on a journey to embrace your vulnerability?

JR: I've been dealing with obsessive compulsive disorder my whole life, and was only recently diagnosed. I've been in therapy since I was little, and I've had some bad experiences being diagnosed with everything under the sun except OCD. Because I didn't know what I had, and I had no clue how to deal with it, it kept getting worse and worse. I didn't know what was wrong with me until I finally got to a breaking point when I realized that I had all the tools I needed to embrace and love myself, and that I'd simply been choosing not to do that when things got hard. I was following the path other people chose for me and not making my own decisions.

Coming to terms with the fact that OCD and mental illness don't make me a monster was my biggest inspiration in embracing my vulnerability. I could still be loved, and I could still love myself. I'm more than my thoughts, and I'm more than my mistakes. Shame is a big aspect of vulnerability, thinking you're wrong because people might be judging you or you made a mistake. I was obsessing over the little mistakes I'd make, and afraid people wouldn't love me for them. I realized everyone, OCD or not, thinks that way at times. That made me want to learn everything I could about vulnerability and self-acceptance in order to help other people deal with it, too. All someone has to do is be okay with themselves, but all of these outside influences make them obsess and worry. Getting professional help taught me a lot about temptation, self-control and loving myself. 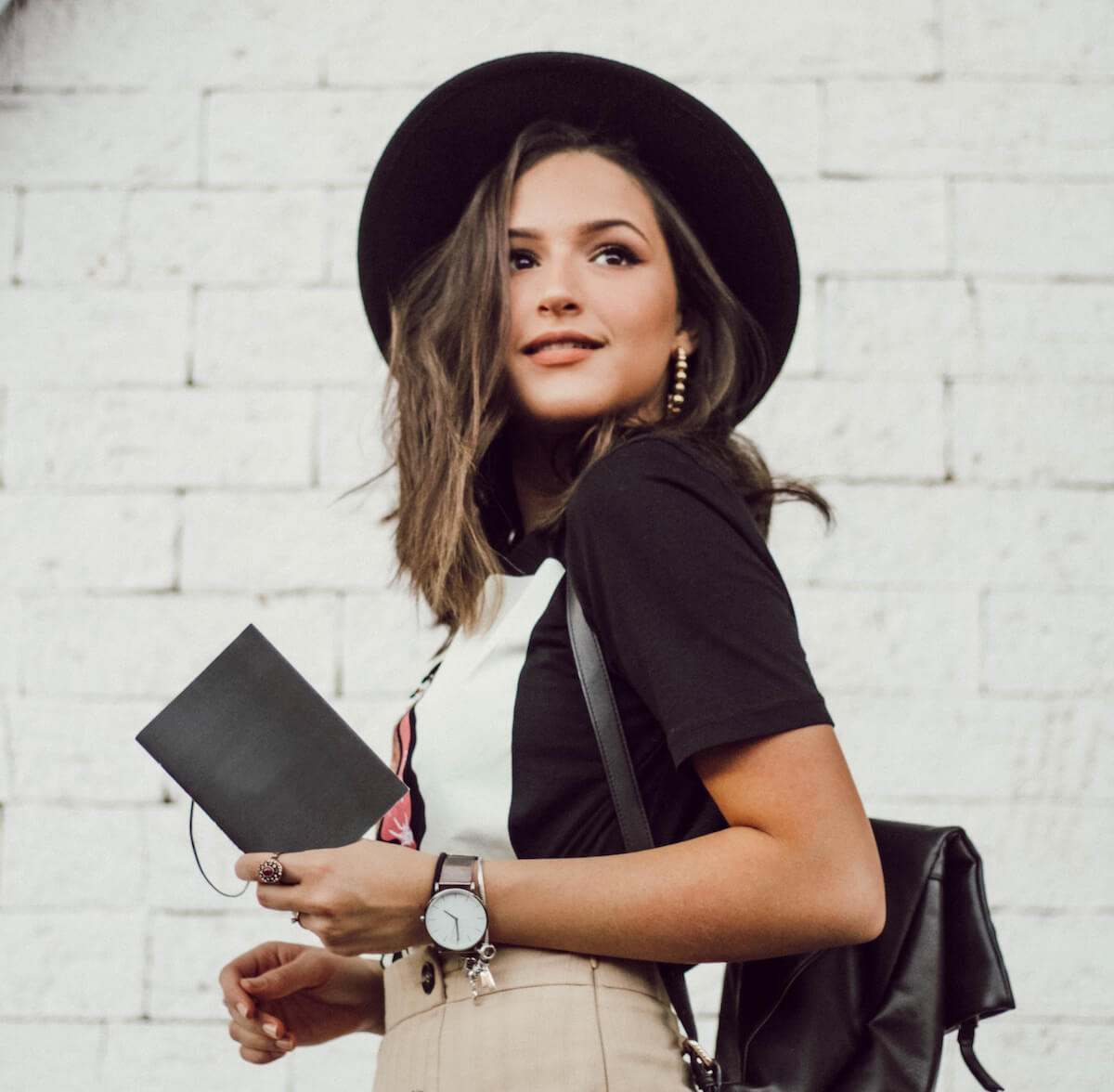 SH: How can we be more aware of the times we should be more open and vulnerable?

JR: I think it completely lies in awareness. If fear and pain are taking over your body—say you really like someone and you've been keeping it a secret—the right time to be vulnerable is when you realize you're ashamed of who you are and you're afraid to speak your truth. There are times we keep secrets, of course, and they're not all bad, but if there's something within you that you don't want to hold in any longer, but shame and fear are holding you back, that's when you know you are allowed to be vulnerable.

Be aware of the times you're in a crowd and you don't want to speak up because you're afraid of how people will react. Whenever you're afraid, that's an opportunity to be vulnerable. I've been in the same romantic relationship for eight years now. During that time, I've learned a lot about growth. Speaking up about problems I had in our relationship actually made our relationship grow stronger, even when it looked like it was hanging by a thread. When people realize that even the worst situations can be fixed with vulnerability, that's when we're all going to work toward healing as a society as a whole.

SH: What are some of the biggest misconceptions people have about vulnerability?

JR: First, many people think that vulnerability equals weakness. Secondly, they believe that vulnerability is the same as oversharing. You don't need to post a YouTube video and get loads of views to be vulnerable, or post a Facebook status about what you're feeling, instead of having a conversation with the person involved. Oversharing is completely different in the sense it's the need to tell people about something just to get a reaction. It's more about feeding your own ego, selfishly making everything about you and not noticing another's vulnerability. You have to realize we're all going through something. We're all trying to thrive and leave our mark on the world.

People should also realize vulnerability isn't only our vulnerability. It's also about accepting that other people are also vulnerable—and that doesn't mean weak. We don't need to prove ourselves to experience love, or to have someone accept our vulnerabilities. I wrote my book to call myself out. I was writing about acceptance of people and their mistakes, but I'm still judgmental at times. I still can be a gossip and find myself getting into unhealthy patterns of dehumanizing people, even on the smallest level.

What I'm trying to do with VulnerABLE is remind people that we will screw up at times, and we will judge people in our heads, but that's just because we've been conditioned to do it our whole lives. We just need to become aware of it. The only steps you need to focus on in embracing your vulnerability are awareness and action. Once you're aware that you're not perfect, and that the person next to you has just as much worth as you do, you start to realize that even when you think badly about a person or have a judgment or misconception, you won't let it affect your actions. I do get jealous at times, and have thoughts I wish I didn't have. That doesn't mean I have to act on it. It's okay to feel jealous, but not to let that influence how I treat someone. 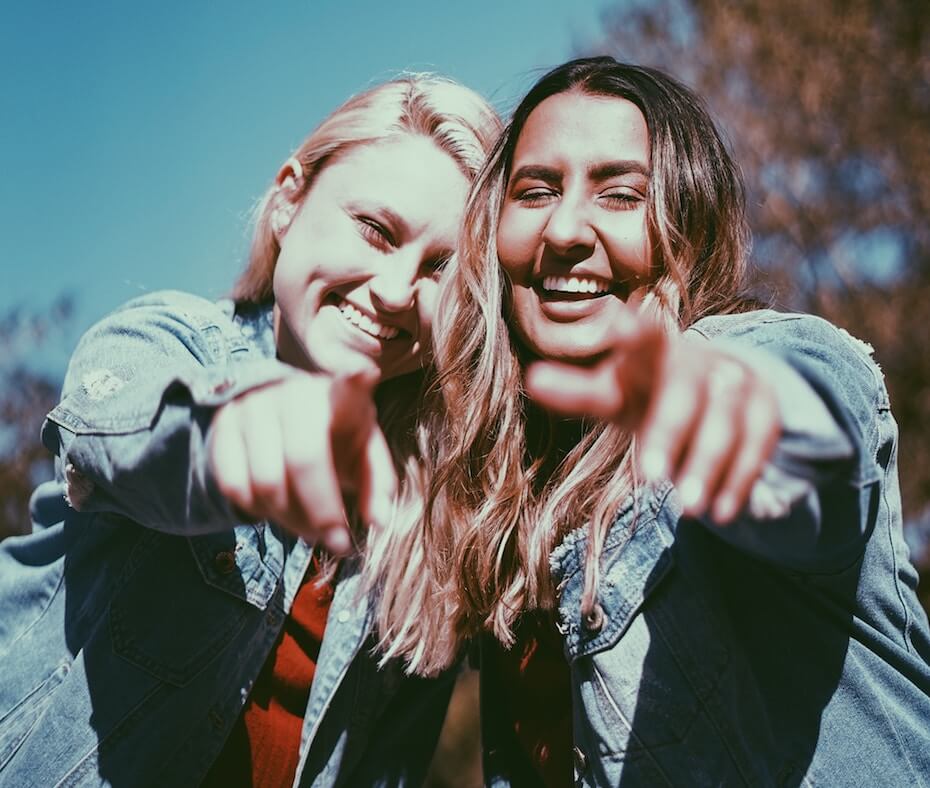 JR: The biggest thing is that you don't have to be considered somebody special to have a voice. You don't have to be a celebrity or someone with status and credibility to share your feelings. Every single person has permission to be vulnerable.

When I was in therapy, I was telling my therapist something extremely hard, that I'd been holding back for a long time. It was one of the most vulnerable moments of my life. I was crying and shaking, and it felt awful. But he looked at me and said, "Thank you for sharing. The hardest part is over." He was right, and the experience made me realize how I strong I am for getting through the hard part, even if I didn't feel relief yet. You have permission to be vulnerable and to have that strength, even if it doesn't feel good at first.

Want to embrace your vulnerable side? Click HERE to find out if you're being vulnerable enough in your relationship.