What Is a "Strong Female Character"? Veronica Roth Weighs In!

Angie Miller became a household name in 2012 when she came in third on American Idol, but the singer-songwriter has come a long way since then. She just released a music video for her song, "Simple," and we spoke with Angie to learn about the new song plus her history with Idol and a lot more. 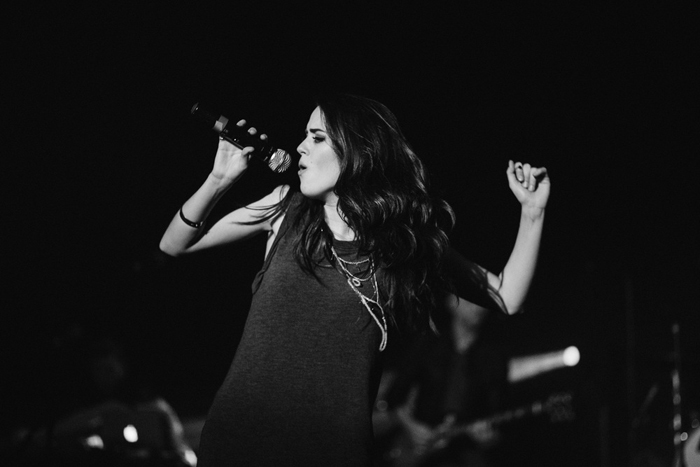 You really came into the public spotlight during your time on American Idol. What was that experience like?

It was extremely challenging. It was sad and stressful and joyful and I don't think I've ever felt so many emotions at one time. I'd never had to handle so much responsibility and carry myself well in front of cameras before. I started when I was 18 and finished when I was 19 and It was a lot to handle all at once, but I loved it. It was like boot camp. It taught me how to handle stress. It was a huge learning experience.

Was American Idol a big stepping stone for your musical career?

When I look at myself then, when I was 18 and 19, I didn't really know myself as an artist at all. I sang covers of other people's songs on national TV. I didn't know who I was. It was a good platform to get fans, but I think after Idol is when I really started to figure myself out as an artist, including what I want to sing about, and how I want to sound and even look. It was just part of the process and part of my journey.

You co-write everything that you sing now. Why is that so important to you?

I think that people can tell onstage if you truly mean what you're singing. At live shows, if you're up there singing from your heart, that sets you apart from other performers. It's so personal to you. I think that speaks volumes. It's very important to me that I write everything I release. Every one of the songs on my last EP, Weathered, is about a certain point in my life. I could tell you the story behind every single one. That's how much they mean to me. I think people at a live show can tell that it's really personal to me and it makes them enjoy it more because it's real. 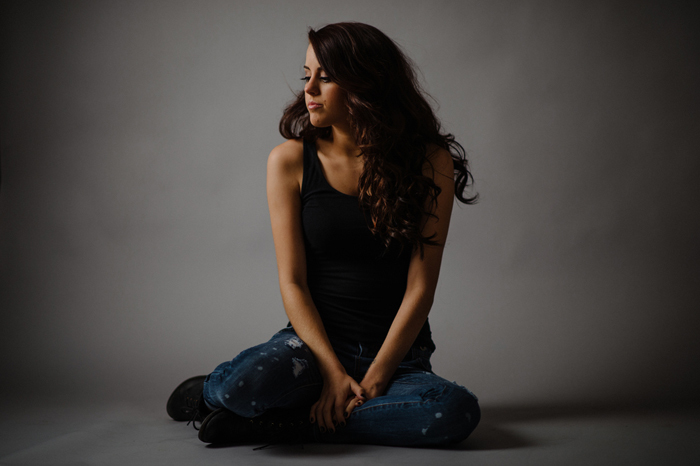 It's just a great time. Sometimes I'll just be humming a melody and I'll record it in my voicemail in my phone or sometimes I'll get a lyric idea and I want to create a whole song around a certain lyric. Sometimes I'm with other musicians and they're playing something on guitar and I'm like "I like that. I want to sing through that." It's different every time, so it's always super creative and new and that's what makes it fun.

You just released your music video for the song "Simple". What was the inspiration behind that track?

The song is all about the lyrics. It's nothing too showy or crazy because I purposely wanted people to really listen to what I was saying. It's called "Simple" because it's about how easy it is for people to run back to old habits, these things that you can't let go of that are tearing you apart. They're so awful and so negative, but you can't let go of them for some reason and you easily fall into that trap again. I've seen some people in my life go through that. They overcome something, only to go back to it because that's what they're comfortable with. I want to encourage them to move forward and become better people. I hope people watch the music video, so they can see how painful it is for me to tell this story.

What has the reaction to the music video been like so far?

So great! It just released, but I've already seen so many tweets and comments from people that just love it. Last night I had a show in L.A. and people were saying "I love the video. It looks so great." It's been a great response and it makes me really happy. All I really care about is that my fans love it. And they do. I just can't believe it's out there.

I love everything Marvel, like all the movies and Agents of S.H.I.E.L.D. In Thor, there is Lady Sif, the girl, and she totally is awesome. She looks so fierce and if I were to dress up as anyone for Halloween for anyone this year, it would be her. I just love her.

If you could live in a movie, which one would you choose?

I just recently watched Jurassic World, and that would be pretty scary because I wouldn't want to get eaten by a dinosaur. I would have loved to have been there when the T. Rex and Indominus fought. It was so good. I don't want to like give anything away, but I would've loved to have seen that.

Curly hair, because I love it. It makes my hair seem bigger and thicker than it actually is.

I would love to go back to Whitney Houston's prime. I would love to talk to her about the music business then. She was like as big as it got. And I think it would be so cool to see what her life was like and what she went through during her primetime, when she had just blown up.

I make awesome breakfasts. That's kind of useful though, because you need to make food. I love making anything eggs and pancakes.

I love Fitz from Agents of S.H.I.E.L.D. He's awesome. I love Fitz and Simmons. But when Fitz gets injured, it's just so sad and I want to go give him a hug.

What's your go to karaoke song?

"I Wanna Dance With Somebody" by Whitney Houston.

You can't really go wrong with The Lion King. I loved that as a kid. My brother and I would watch it all the time.

What's the last last song you had stuck in your head?

It's so lame and horrible of me, but I had a show last night so it's probably one of my songs that got stuck in my head. It's is such a lame answer to that but I can't think of anything else right now.

If you love Angie Miller, be sure to check out her most recent EP, Weathered! You can also leave your thoughts for the in the comments below.