The Studio Ghibli Movie You Should Watch, Based on Your Zodiac Sign

For nearly 35 years, Studio Ghibli has been setting the bar for incredible Japanese animated films.

Though there's a magic to each and every one of their movies, no two of them are quite alike. There's a Ghibli story out there for every type of person, regardless of who you are. Don't believe us? Scroll down to your zodiac sign below to find out which one you should watch.

Porco Rosso tells the tale of a renowned World War I pilot-turned-bounty hunter who was mysteriously transformed into a pig after the war. The story blends adventure and action-filled dogfights in the air with a touch of mystical intrigue and romance, making it a natural fit for bold Aries. We bet you'll be cheering for your new hero Porco long before the movie has wrapped up. 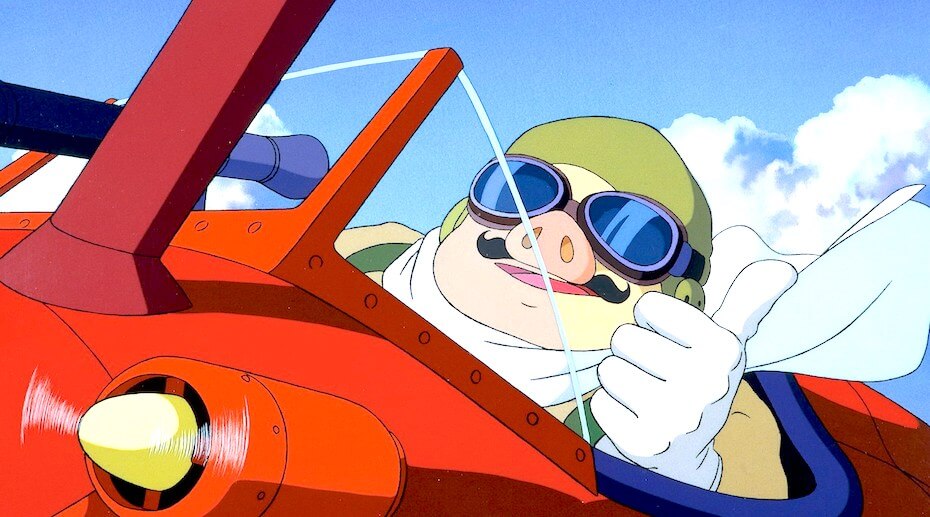 Pom Poko is about a group of tenacious (and shape-shifting) Japanese raccoon dogs, also known as tanuki, who band together using magic abilities in order to save their forest from urban development. Though the story is sometimes bittersweet, it's a tale of determination, family and power in numbers. Taurus will be able to relate, and they'll be instantly charmed by the tanuki and their wily ways. 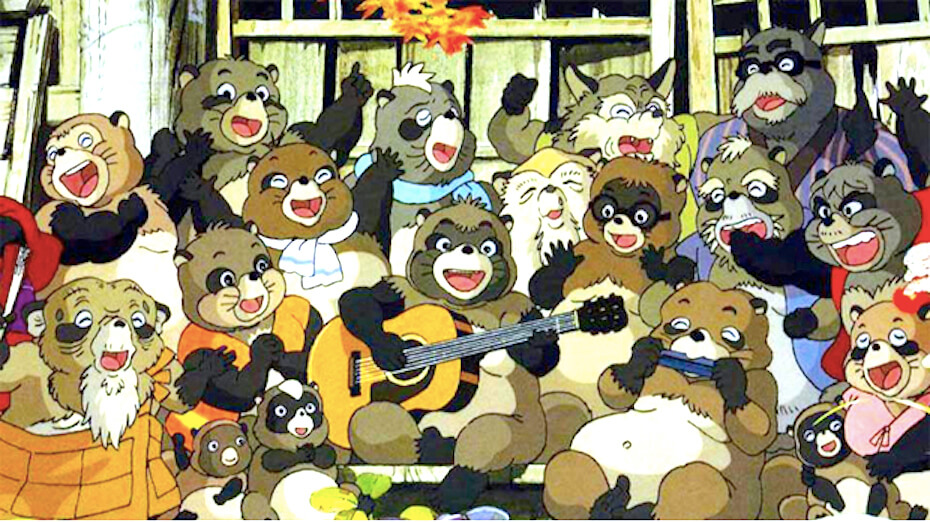 In Ponyo, a fish princess runs away from her underwater kingdom and befriends a human boy called Sosuke, becoming more and more human over time as their friendship grows until her magic begins creating an imbalance in nature that must be restored. Multi-faceted, sociable Geminis will see themselves in Ponyo, torn between two worlds while valuing friendship about all else. You'd also trade it all for the people who mean the world to you. 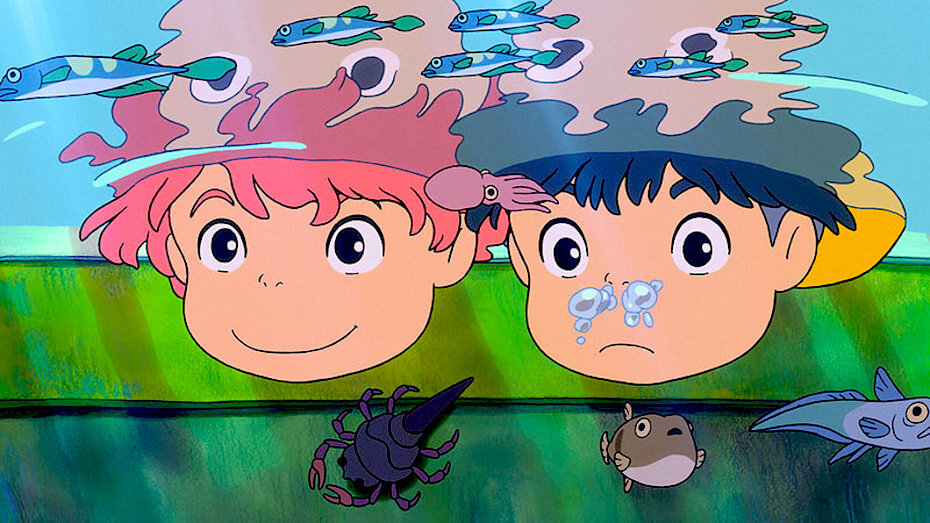 Studio Ghibli's classic My Neighbor Totoro follows two young sisters who move to the country and befriend the strange yet wonderful local forest spirits. While the film does include a couple of emotional and tense moments, it's mostly a feel-good, heart-warming flick that will allow Cancer to momentarily forget their biggest worries and lose themself in a big, cuddly hug of a movie. 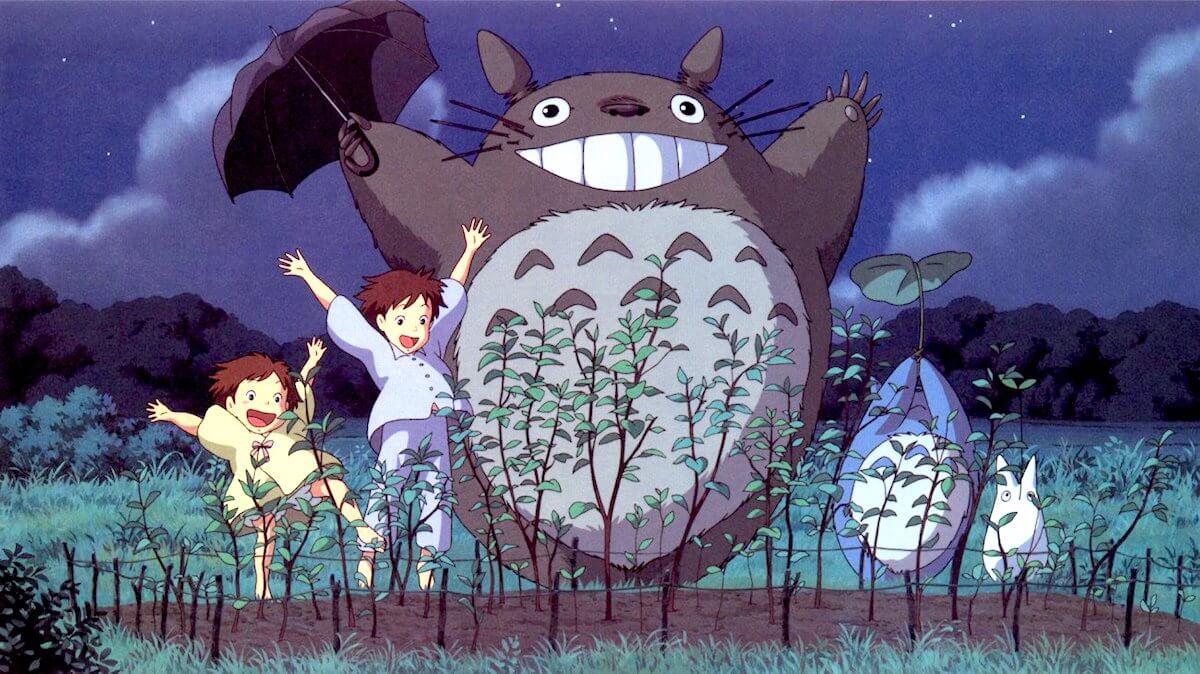 In Howl's Moving Castle, Sophie's ordinary life becomes downright magical when she meets a wizard named Howl—and then gets cursed with an aging spell by a jealous witch. Leo will see all aspects of their personalities reflected in the vivacious, kind-hearted Sophie and the prideful and stubborn Howl. As the heroes within the story grow, Leo might learn a thing or two about themself as well. 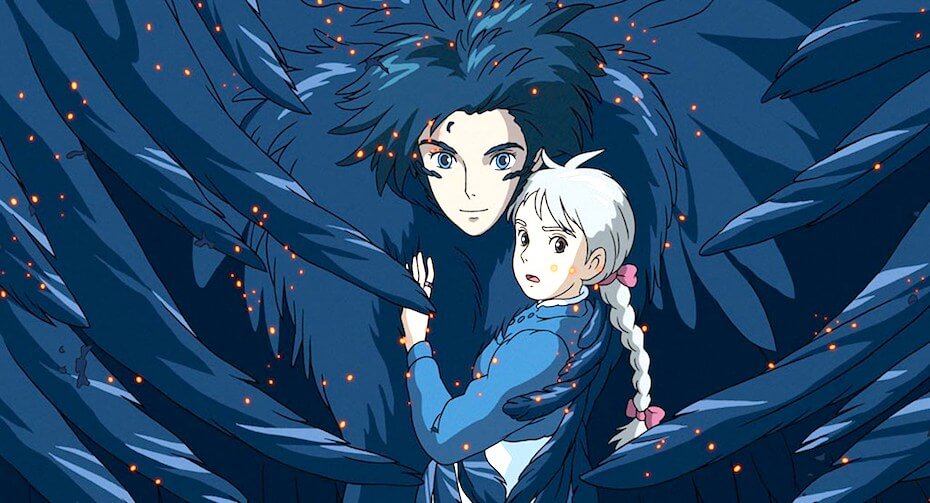 Whisper of the Heart is the story of Shizuku, a writer and bookworm who imagines a whirlwind romance with the boy whose name she keeps finding on her library book checkout cards. When the two meet, it's nothing like she expects, but the two push each other to pursue their truest passions and follow their dreams. It's a tale of hard work and striving for perfectionism, with a romance thrown in for good measure, which means it's the perfect match for Virgo. 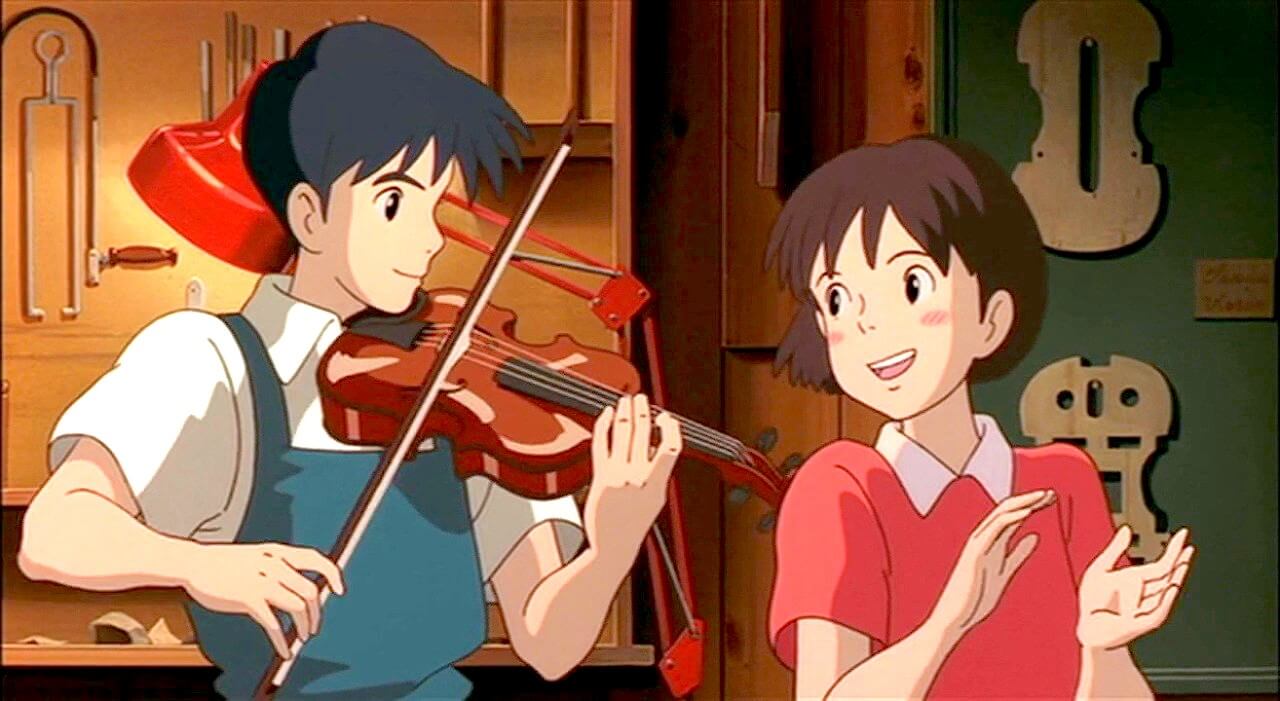 (Whisper of the Heart via Toho Co., Ltd.)

Unlike other Studio Ghibli films, My Neighbors the Yamadas is made up of a number of short stories about the Yamada family, rather than one overarching narrative. While this unique film often goes overlooked, balance-loving Libras will be the first to give it a fair shake, and then absolutely fall in love with its stories are also about family and caring for people even when we know they're not perfect. 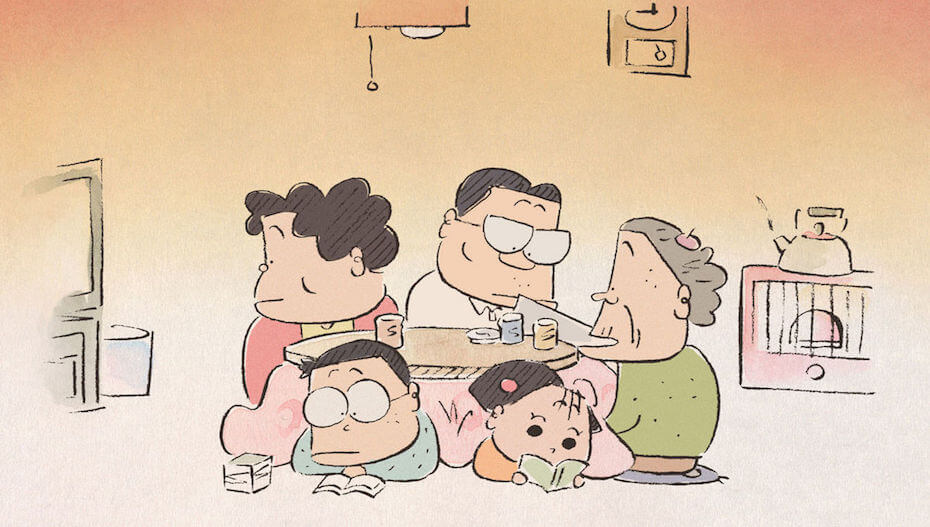 (My Neighbors the Yamadas via Toho Co., Ltd.)

If you're looking for a Ghibli film wrapped in mystery, you can't do much better than When Marnie Was There. After becoming ill, Anna spends the summer with her foster mother's relatives in a seaside town, only to befriend an enigmatic girl named Marnie who makes her promise not to tell anyone about their friendship. Curious Scorpios will love the way the story slowly unravels, and will immediately relate to the passionate friendship between Anna and Marnie. 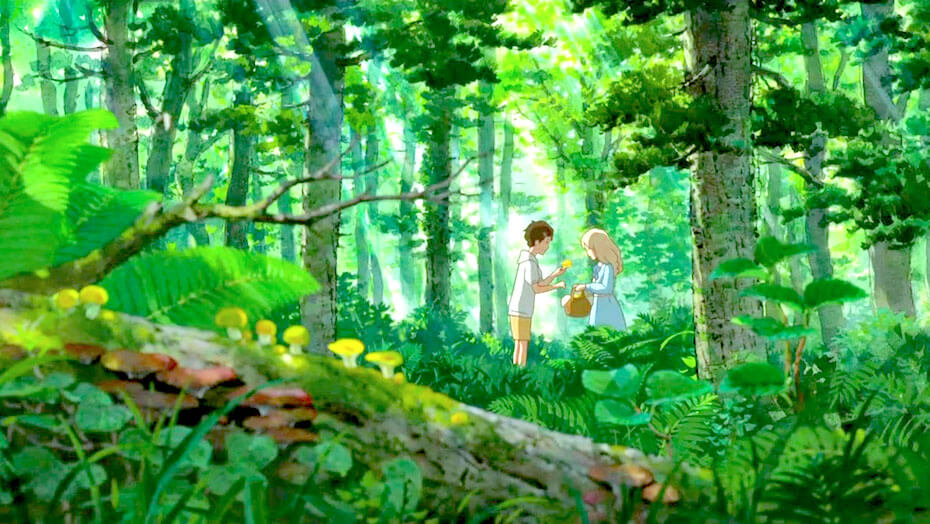 (When Marnie Was There via Toho Co., Ltd.)

Princess Mononoke follows Ashitaka, a warrior afflicted with a curse after a battle with a demon. In search of the cure, he finds himself at the center of a raging battle between the gods of the forest and the humans of a mining colony, and falling for a beautiful human woman who was raised by the wolf gods. The tale is adventurous while remaining philosophically thoughtful, and Sagittarius will love contemplating the moral grey area from both sides of the conflict. 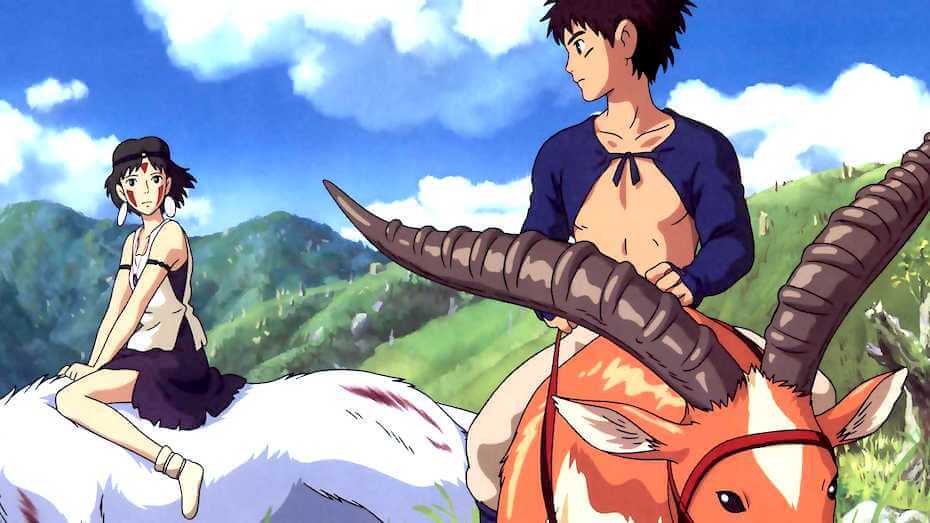 Kiki's Delivery Service is a coming-of-age story about a young witch who moves to a seaside town and sets up a courier service to hone her broom skills. Along the way, through overextending herself and losing confidence, her magical skills fade, and it's up to Kiki to rediscover herself to get them back. Hard-working Capricorns will be able to see their dedication and work ethic reflecting in Kiki while also seeing the pitfalls that come from a lack of self-care. Even though the sign is known for its practicality, they'll be enchanted by the movie's sense of magic. 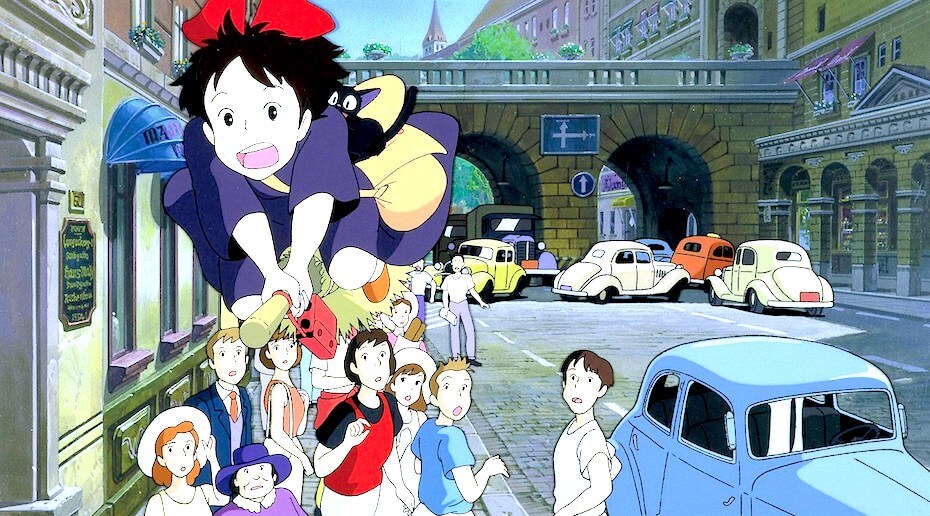 In Nausicaä of the Valley of the Wind, a thousand years after an apocalyptic event left the world in shambles and created an expansive Toxic Jungle, princess Nausicaä ventures into the jungle and finds a way to communicate with its deadly inhabitants, attempting to create peace between them and humans. Like Nausicaä, Aquarius is a rebellious, open-minded and altruistic sign whose members think outside the box and aren't afraid to break a few rules in order to do what they think is right. 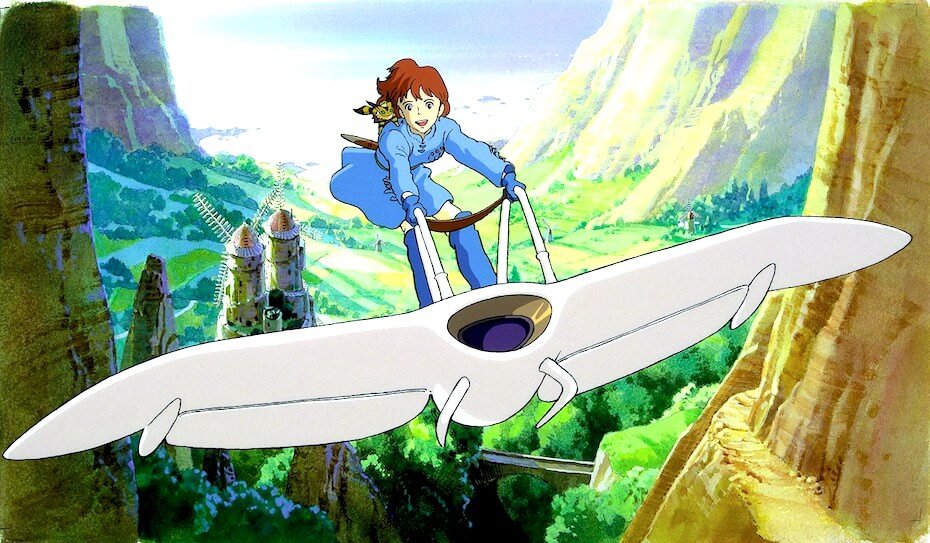 (Nausicaä of the Valley of the Wind via Toei Company)

Spirited Away is one of Ghibli's most celebrated films, and for good reason. After Chihiro's parents are transformed into pigs, she finds herself working at a supernatural resort in order to work off her debt and regain freedom for both herself and her parents, befriending a transforming dragon boy, the haunting No-Face and other unbelievable characters along the way. Pisces is known as the most creative sign of the zodiac, and there's no lack of bizarre and whimsical imaginings throughout every frame of this film. It might even defy your wildest dreams. 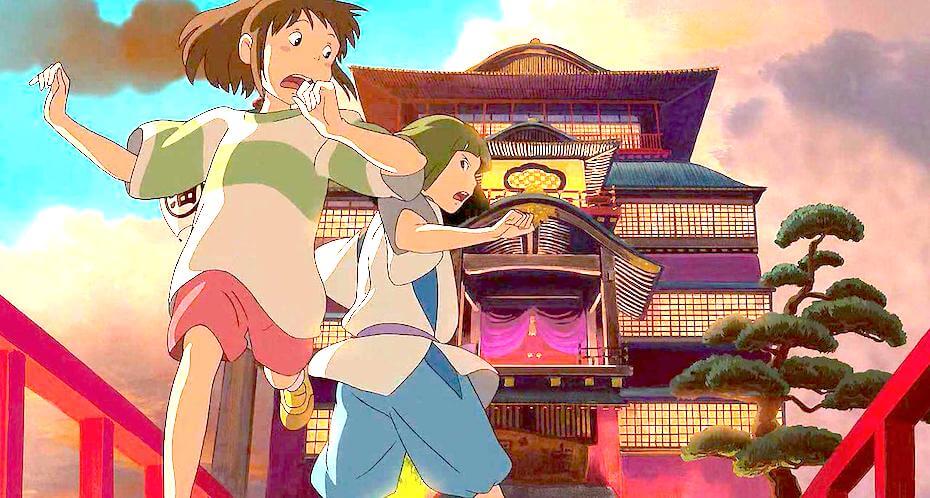 (Spirited Away via Toho Co., Ltd.)

If you love all things Ghibli, click HERE to see the Totoro items you need in your life.