Even a Style Dummy Like Me Can Fall in Love With Style Savvy: Fashion Forward

Style Savvy: Fashion Forward is out today for the Nintendo 3DS, but I had the chance to start playing the game a few days early to get my thoughts together for the big release. 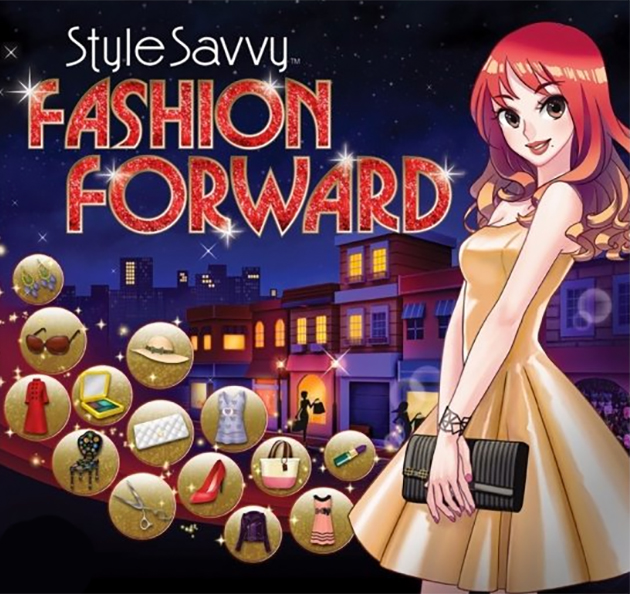 The first thing I have to stress in my review of this game is that I would never call myself "fashion forward." My real-life wardrobe consists of various pairs of jeans in different colors and lots of T-shirts, and that's about it. The last time I wore makeup was Halloween, and it's been a couple of years since my last haircut.

So how would I fare in a game centered around building a fashion and beauty empire? Bizarrely, pretty well. 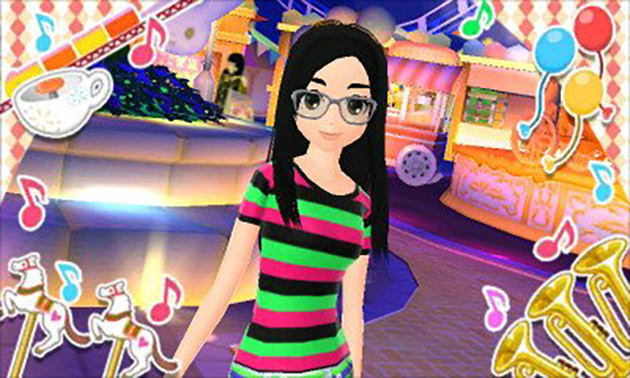 The game starts you, the player, in your bedroom. Your grandmother has left you a letter that's not to be opened until this very day, and within it, you find a key to her old dollhouse.

Inside, you meet a miniature teenage girl named Sophie who somehow shrinks you to her size and brings you into her incredible miniature world of Beaumonde City where she's a shop owner and the whole world seems to revolve around style.

At this point, you also get to customize your character. Here's me! 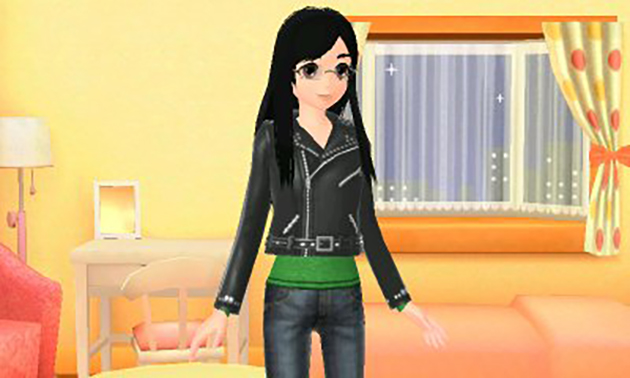 I always love building my avatars in games, and this was no different. I was able to get my character to look pretty similar to my real-life self, though your mileage may vary.

If you want to select a different body type, you're out of luck because every character in the game has the same runway model build. I get that this choice makes the animation and clothing options simpler to develop, but it would have been cool to see girls of different sizes and shapes represented.

And boys, you'll have to play as a girl. Most games are the other way around, so this didn't really bug me. My boyfriend has had a lot of fun with the demo (which you can download from the Nintendo eShop) playing as a character that looks like me, so don't let it deter you! 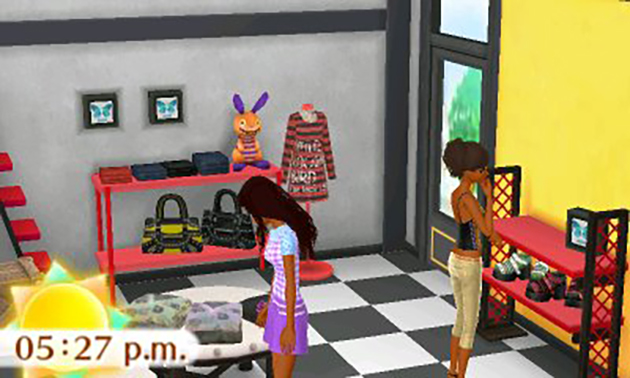 Once you get into the game, it's not long before Sophie hands over the reigns to her shop and you're completely in charge of it. It's up to you to serve the customers by finding them a piece of clothing or full outfit that will suit their needs.

This is where the game starts getting super fun, even if you're totally style-challenged like me.

Quickly, you'll learn that if someone is looking for a girly piece, they'll want something from the Marzipan Sky brand, that StageDive is the preferred style of rockers, and that if you love bold clothing, it has to be from AZ-USA. There are 17 brands in total, each embodying a different style tribe.

Every time I find a customer exactly what they're looking for, it's weirdly rewarding, and I just want to keep helping more and more of them. And when a customer isn't pleased with what I've selected for her, it's a little bit frustrating. I really wanted her to like it!

But it's not just about matching the right aesthetic with the brand name. You'll also have to keep budget in mind, as well as the customer's favorite colors and even whether the outfit is warm enough or cool enough for the current season. Then, there's the matter of managing your inventory.

Your shop's stock is not infinite. In fact, it's pretty limited at the start, but once you get access to the Exhibition Hall at Taylor Arcade, you get the chance to expand your collection, hand-selecting the pieces that will fill your store.

Sure, you have to use your own money to restock the shop, but every cent the store makes goes right into your pocket, and every item of clothing you purchase winds up in your wardrobe at home.

By the way, there is a lot to do in this game. You can also customize an apartment and rent it out to people, apply makeup at Arabella's beautician shop or learn to cut hair at stylist Noor's salon. There are also cafes and a train station for day trips away from the city, but they're there mostly as a backdrop for chatting with characters. 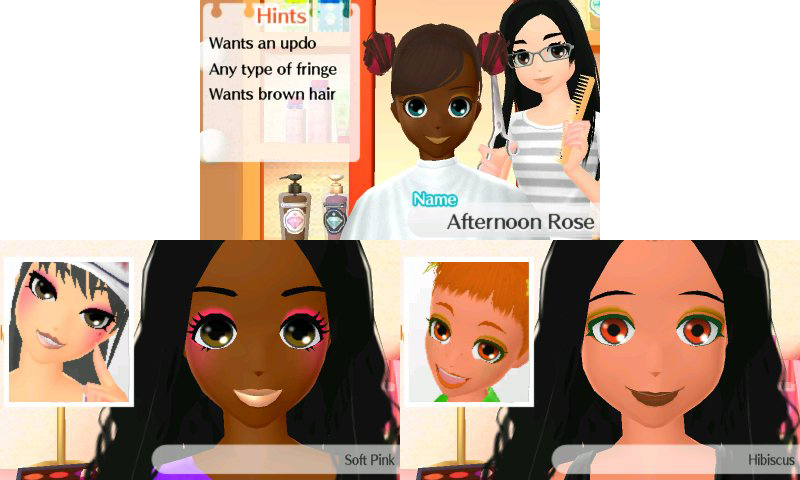 Then there's the live music club, where these three dudes pretend to play music with air instruments onstage. I don't really get it, but it's super quirky and fits strangely well within the world of Beaumonde. 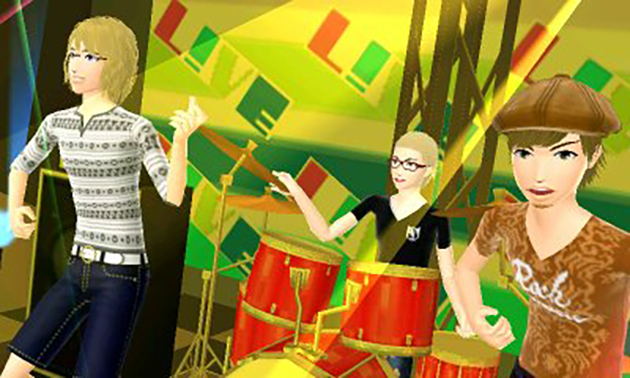 As the game progresses, you'll also model in fashion shows and eventually, you'll even get commissioned to design your own pieces for brands. You're usually given a few days to create this design, but it should only take a minute or two. In general, you don't have a ton of options here, but you can design your own emblem for your clothing. Mine is this little panda. 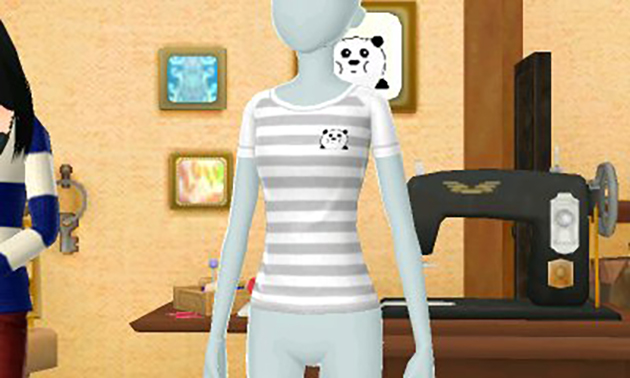 And if you ever get confused about what you should do next, you can just refer to the schedule in your in-game cell phone menu for a helpful hint.

Even as your character climbs to the top of the social ladder and becomes the face of the city, the game really isn't about being the best or collecting every item (and with more than 19,000 articles in the game to nab, I'm not sure you'd want to). 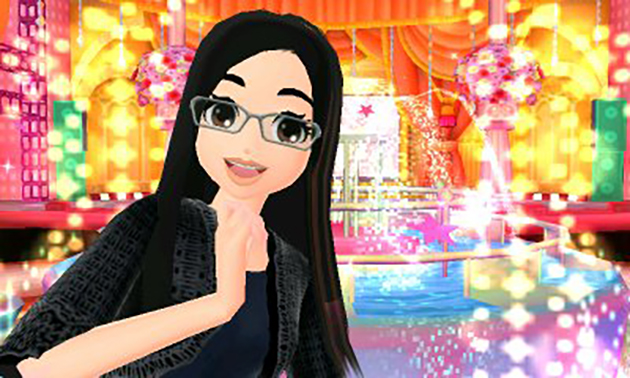 Really, it's about becoming one of the people of Beaumonde. They all have their own unique styles and personal quirks, and in the end, you wind up liking all of them.

You're also in store for a couple of life lessons. In my game, there's an artist named Xiaoling who's obsessed with the most popular model in town, Callie.

She wanted to look just like Callie, but the local hairdresser and makeup artist refused to imitate Callie's style for her, not feeling it suited her personality.

Once I stepped in to help her get the look, both beauty experts realized it wasn't their place to dictate someone else's style, and that everyone should be allowed to dress and look how they want.

That's a lesson I lived by in the game, because besides the times I had to don certain styles for themed fashion shows, my in-game style was super similar to my own. I wore a simple shirt, jeans and maybe a jacket, plus my signature glasses, throughout most of the game, and people were complimenting my style at every turn. 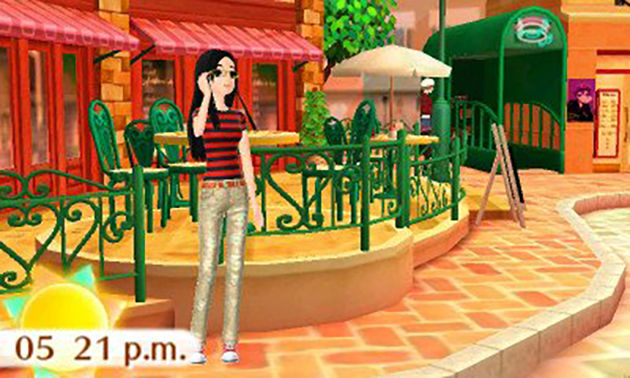 Actually, that's how I live my real life, too. Even though this game is about makeup, hair and fashion, it's really about finding your style and embracing it, and I think that's what keeps pulling me back.

Not sure what else to play in the new school year? Click HERE to see what I thought of Kirby: Planet Robobot and HERE for my review of Disney Art Academy.