Sometimes, you just want to fangirl without calling too much attention to yourself.

For those times, it's great to have accessories that hold a special meaning to you but aren't obvious fan merch. If you're looking for the perfect subtle pieces of Star Wars jewelry to do just that, look no further than this list. 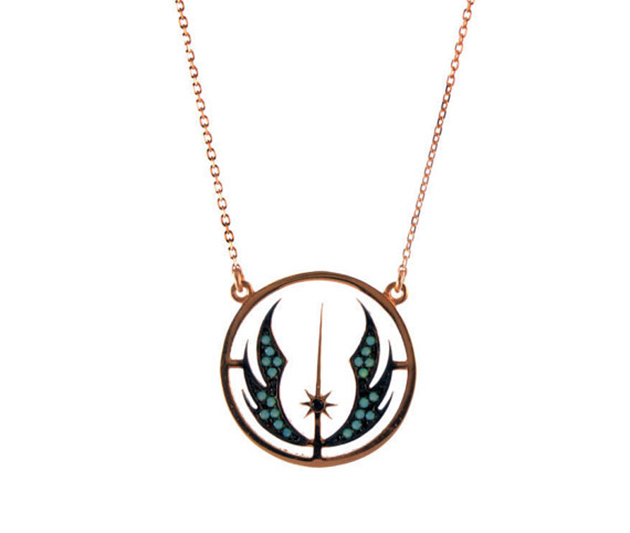 Speaking of the symbol of the Galactic Empire, we think the low-key representation of the emblem on these earrings is just subtle enough not to catch too much attention. Someone may notice where they're from if they look really closely, but in general it'll just look like a cute jewelry pattern. 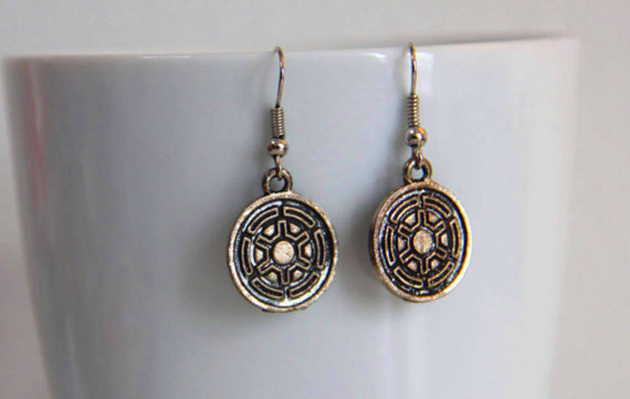 Kyber crystals are the energy source within Jedi lightsabers, and also powered by the Death Star's lasers. Jynn Erso wore one around her neck as a reminder of her father. While this isn't a Kyber crystal per say, it's a great replica of Jynn's cherished necklace. 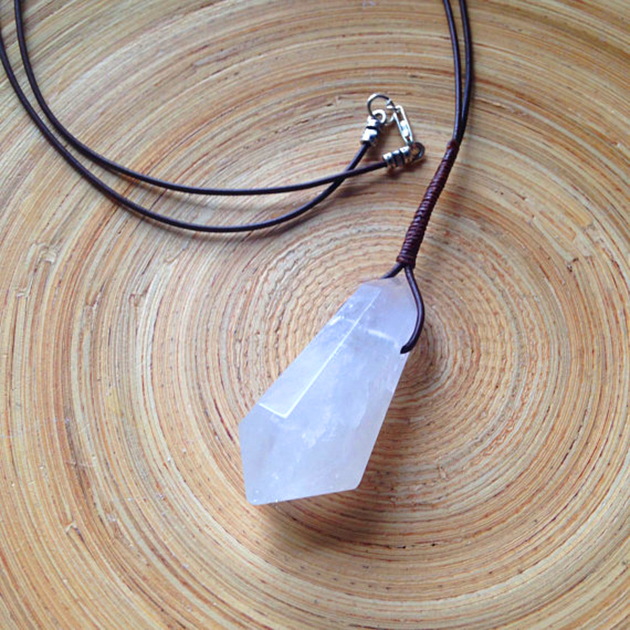 We love Han and Leia's legendary exchange, and it's great to see it immortalized in this braided leather bracelet. To you, it represents one of the greatest galactic love stories of all time, but to an outsider, it'll just look like a gift from a loved one. 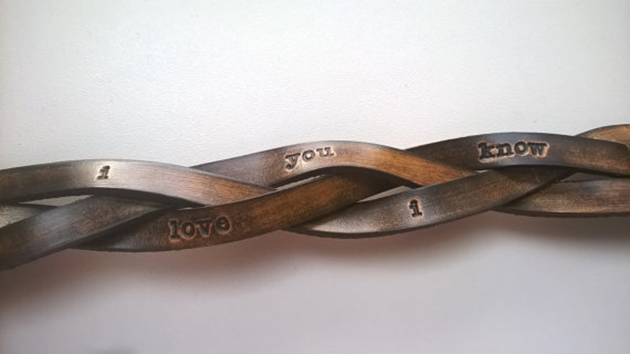 We all want to be Rey when we grow up, and we're not ashamed to admit we'd totally steal her style. You can steal a part of it with this leather scavenger cuff. We love that it makes a statement without blatantly being a prop from Star Wars. 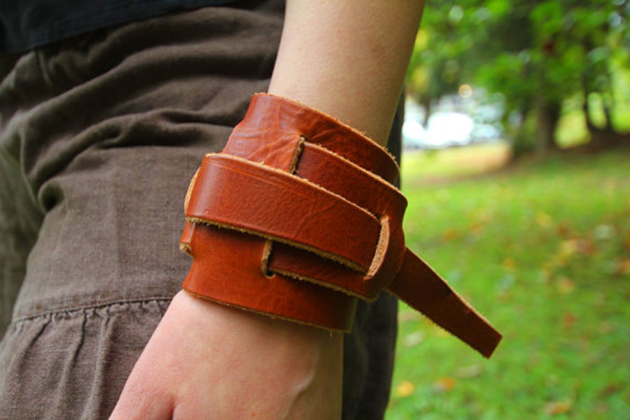 Yoda's iconic line is engraved on the inside of this ring, so its empowering message can be your little secret. 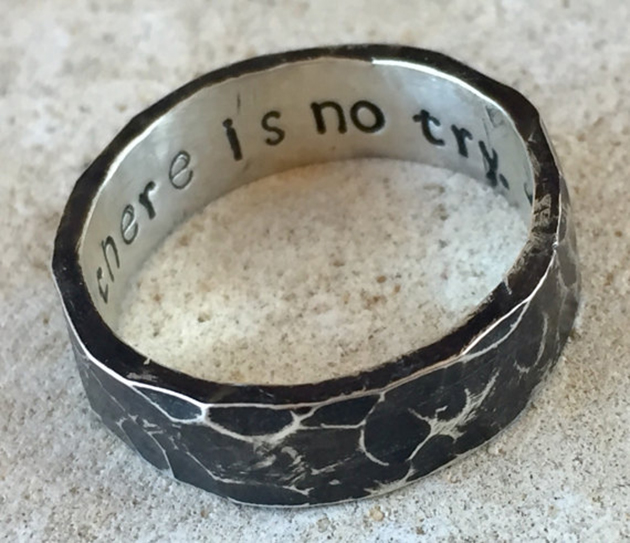 We'll admit that this necklace is immediately recognizable as a lightsaber, but it's also so cute and tiny that we had to put it on this list. The unusual lightsaber color also makes it uniquely chic. 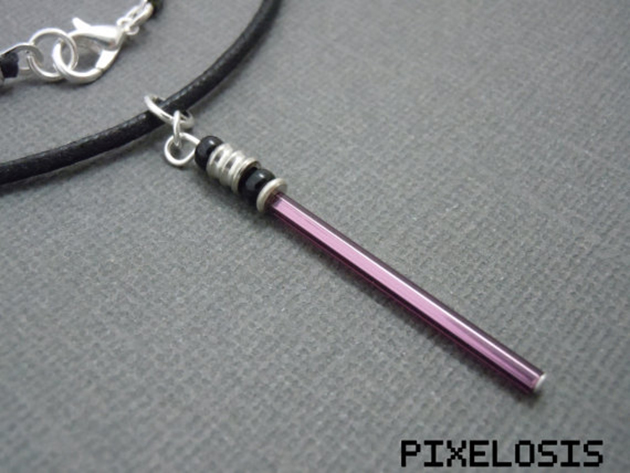 These minimalist wire charms representing R2D2, the Millenium Falcon and a TIE Fighter are perfect for a charm bracelet, the end of a necklace or a zipper clasp. Sometimes, you want to represent your faves with a light touch. 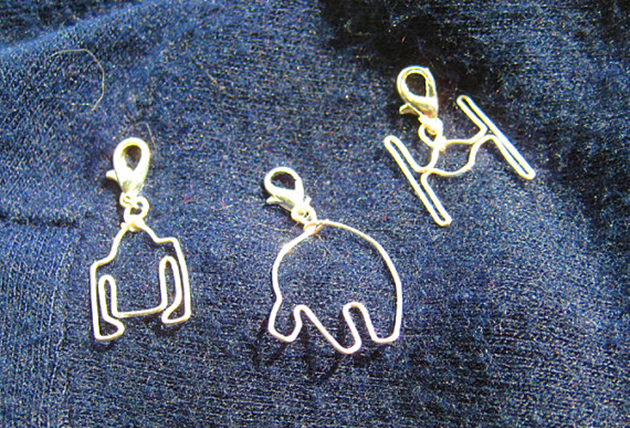 This ring, fashioned from a coin in a Star Wars Monopoly game, features the alphabet from Star Wars, Aurebesh. From what we can tell, the text says something about being a Galactic Credit from Coruscant—but your friends will be none the wiser. 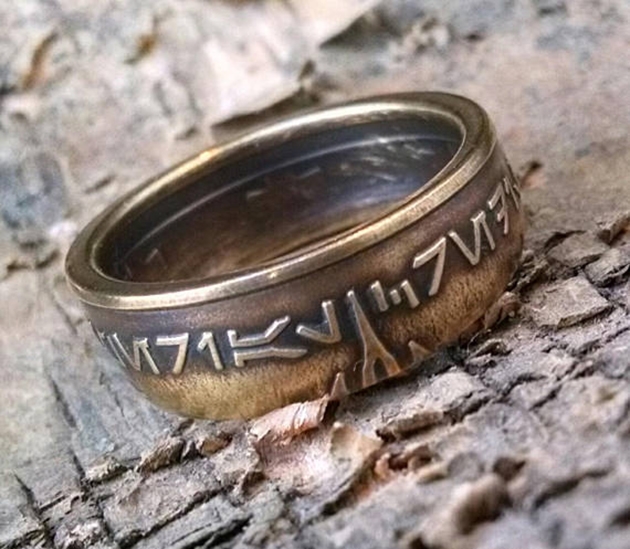 If you're currently obsessing over The Last Jedi, click HERE for Star Wars quotes that make Jedi-worthy Instagram captions.