Our Definitive Ranking of the 16 Classic Subway Sandwiches

There's truly no more reliable place to snag a delicious sandwich on the go. And with customizable toppings and plenty of health-friendly options, you can create a yummy meal that will satisfy even the most intense cravings.

However, some subway sandwiches just miss the mark. Keep scrolling for our definitive ranking of the 16 classic Subway sandwiches, based on how delicious they actually are.

Unfortunately, at the bottom of our list, we find the rotisserie-style chicken sandwich, an all around disappointment from the king of yummy subs.  To put it simply, this chicken just doesn't pack a punch. It's not well-seasoned, and it tends to be overly dry. Instead of adding flavor and juiciness to the sandwich, it felt dull and unappealing. It's definitely not the best Subway has to offer. 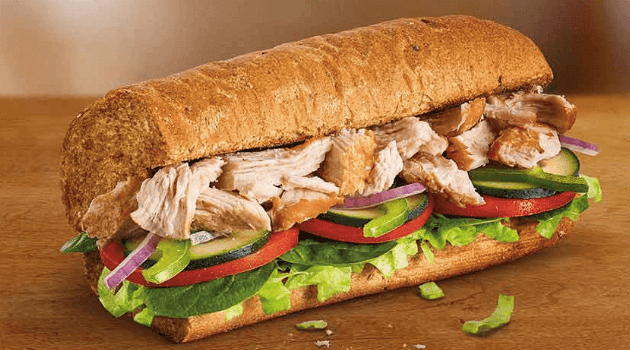 Ugh, we wish we could like the Meatball Marinara. Unfortunately, it's just not versatile enough as a Subway option. While the meatballs alone taste fine, customizing this sandwich is nearly impossible. What veggies go well with meatballs? Olives? There isn't really much to be added here, making the Meatball Marinara a fairly boring option. If you want to go simple, order away, but we want a little more pizazz in our Subway sandwich. 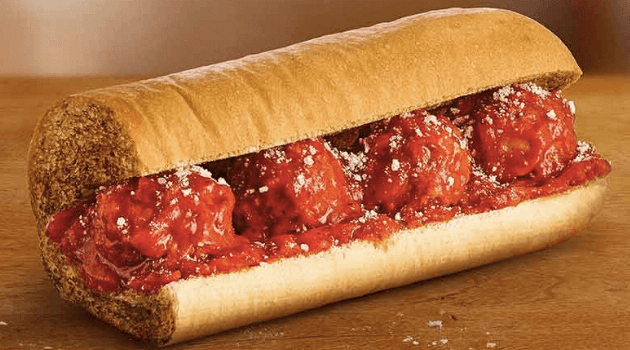 In general, the cold cut meats do pretty well for Subway. The one exception, however, is the namesake itself—the Cold Cut Combo. Unfortunately this sandwich uses bologna at the base. Suffice it to say, the meat pretty much overpowers anything else you might add. If you love bologna, you'll probably be on board. Unfortunately, we're just not this meat's biggest fans, pushing it quite far down on our list. 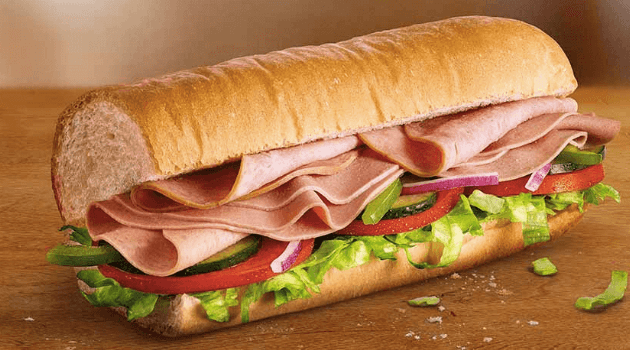 The Classic Tuna sandwich isn't bad, per se. Unfortunately, it's also not especially good. The tuna is thick, creamy and definitely fishy in flavor. All that is awesome if you love tuna. Unfortunately, we just don't like it enough. On top of that, it's a mayo-heavy mixture, which gets a little overpowering after a few bites. It's good in theory, but a little lacking in practice. 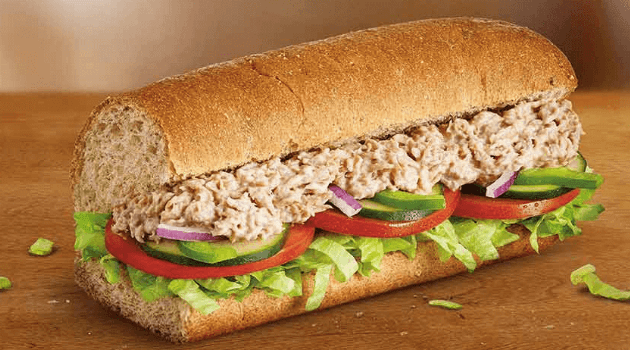 The Steak and Cheese sub basically tries to capture all the essential flavors of a Philly Cheesesteak sandwich. Unfortunately, it just misses the mark. The problem here is the meat. Much like the Rotisserie-Style Chicken option, the steak is a little dry and lacking in flavor. However, the redeeming quality comes from its ability to combine beautifully with a delicious cheese, upping the flavor profile. It's not the best, it's not the worst, which is precisely why it comes in at No. 12. 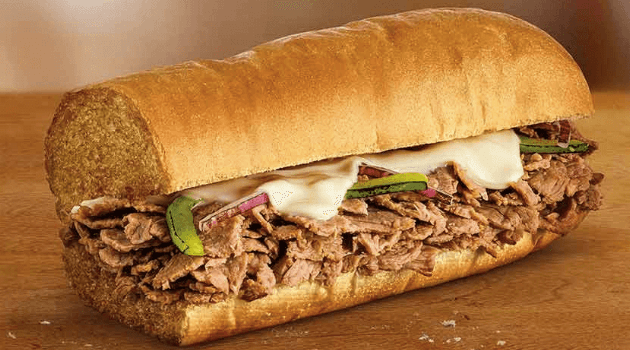 The Oven Roasted Chicken just isn't what you want out of a Subway sandwich. The chicken is served warmed, which often makes the bread of your sandwich soggy and weird. In addition, there's not much flavor to glean from the thin chicken breast. Thankfully, the one saving grace is the ability to pile numerous veggies and condiments on top of a fairly healthy base. If you can add flavors from different elements, the sandwich isn't that bad. On its own, however, it's nearly inedible. 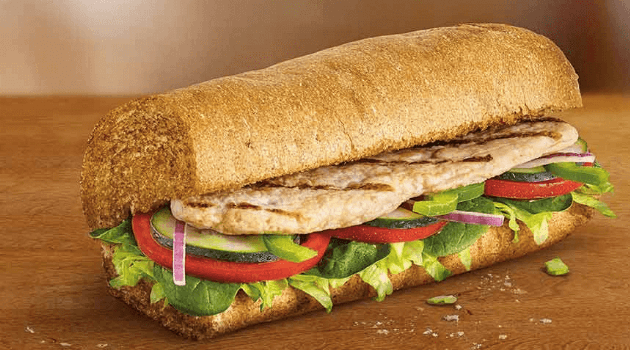 The Veggie Delite is probably the healthiest thing you can order off the Subway menu. After all, it's just veggies. Unfortunately, that also means it's pretty darn boring. There simply aren't enough options available to create a truly delicious sandwich. If you can add certain condiments into the mix, you can create an edible meal. Otherwise, you might be better off just ordering a salad. 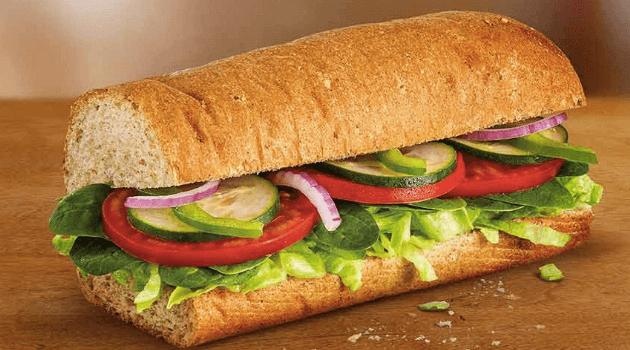 The Italian BMT is a Subway classic. It layers pepperoni, salami and ham all together to create one meaty sandwich. First, let's look at the pros—it's a fairly universal base, allowing you to add whatever you want on top. In addition, each element is pretty yummy, so you're guaranteed to have a delicious bite. In the cons column, however, the sandwich is almost too meat-heavy. A 6-inch is more than enough, and sometimes even that is too overpowering. It's a fine sandwich, but not one you'd ever want to order for a light meal. 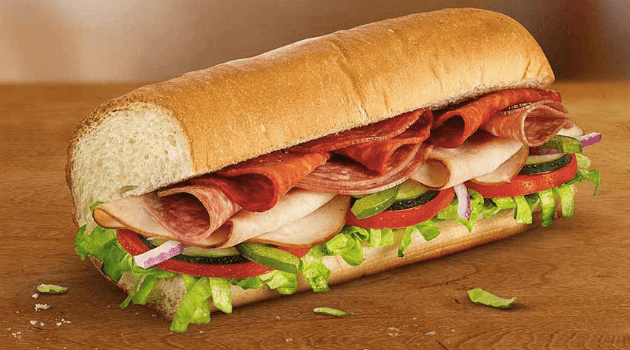 Ah, the Chicken Bacon Ranch Melt—one of Subway's most decadent options. If you're trying to be at all healthy, stay far away from this sandwich. That said, it's pretty darn delicious. The saltiness of the bacon balances out the creaminess of the ranch, while the chicken acts as a universal base that pulls everything together. It's definitely indulgent, but oh boy, does it taste good. We don't recommend ordering this every trip, but you should give it a shot at least once or twice. 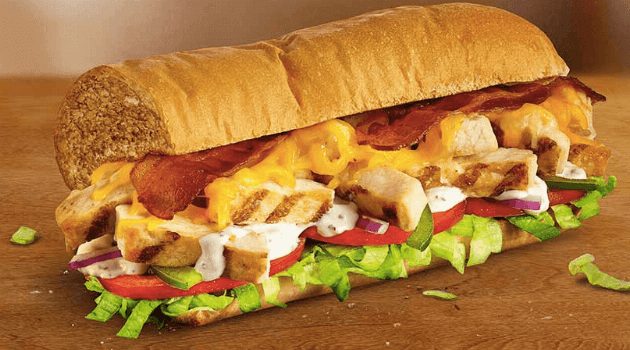 As we said above, the cold cut meats are always a safe option at Subway. They're a good base for lots of delicious toppings, so it's hard to go wrong with any of these options. However, our least favorite definitely has to be the Black Forest Ham. It has a stronger flavor than some of the other meats, that doesn't always agree with sensitive taste buds. It's never a bad option, but it's one we'll choose less often than other Subway sandwiches. 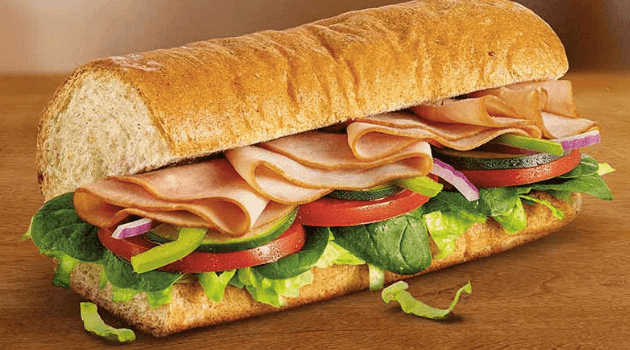 The Subway Club is good, no doubt about it. However, it can't strictly be considered a club, as there's no bacon included on the sandwich. That said, the combination of the ham and the turkey is undoubtedly delicious. The lighter meats also make the sandwich as a whole a little healthier, so you won't feel overly full or bloated after chowing down. Do we want bacon? Yes. Is the sandwich perfectly fine without it? Also yes. 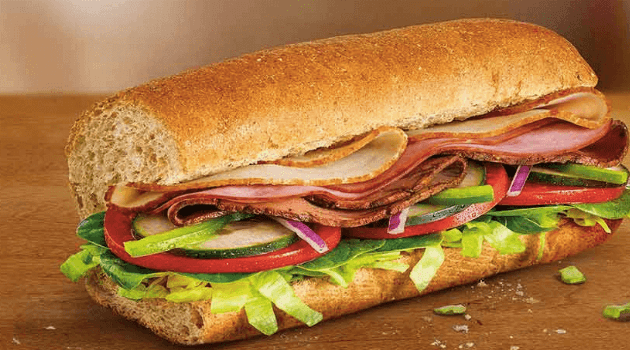 The Sweet Onion Chicken Teriyaki is an out-of-the-box sandwich option that never disappoints. It features sticky-sweet chunks of chicken with an Asian-inspired flavor—totally different than anything else on the menu. What's more, it's actually a good base for lots of yummy veggies, and it doesn't require a bunch of condiments to up the flavor. It's a sandwich that can stand on its own two feet, making it an overall success and a must-try sub option. 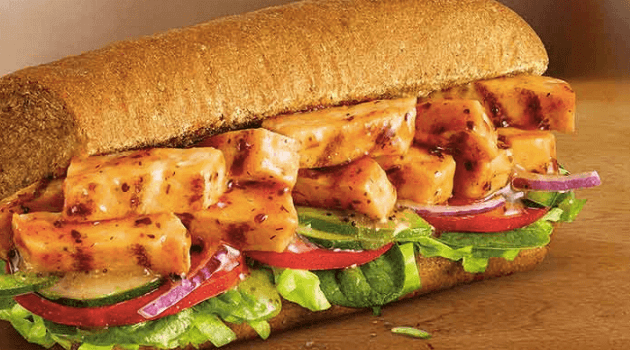 Mmm, give us some Subway Roast Beef. Despite its simplicity, this sandwich is actually quite flavorful. The roast beef has a hearty, rich taste that results in a filling sandwich. It doesn't feel overly heavy, but it will definitely leave you fully satisfied. It's a good option that can be built upon any way you like—exactly what we want out of a Subway sandwich. 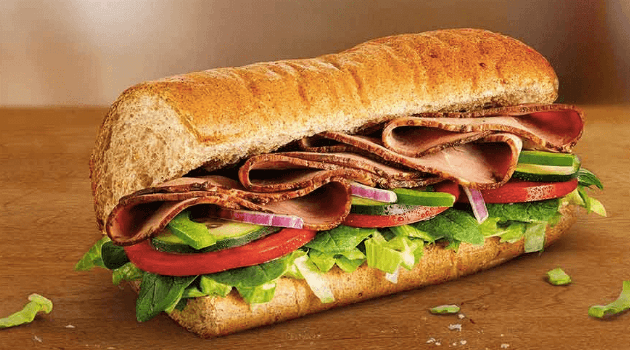 Finally, we found that bacon we were missing. The American Club is a true club sandwich, bacon and all. How could we not fall in love with it? While it's definitely heavy on the meat, the combination of flavors is totally classic. It doesn't feel overwhelming, probably because it's so beautifully familiar. It's a yummy option you can order anytime, which is why it's No. 3 on our list. 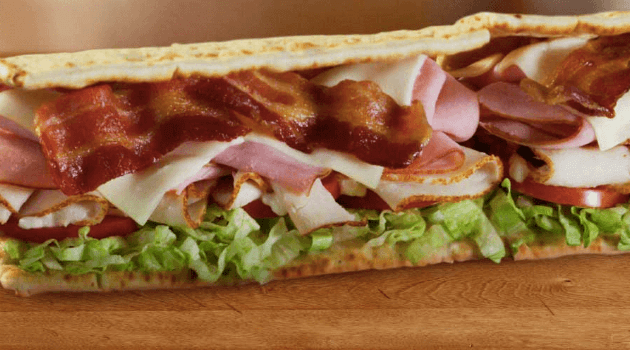 It's hard to go wrong with a classic Turkey sandwich, and Subway's option is no different. The turkey meat is perfectly salty and always tastes fresh. It's simple enough to pair with almost anything, and its pretty much a universally-enjoyed flavor. There's really nothing bad to say about this staple Subway option. 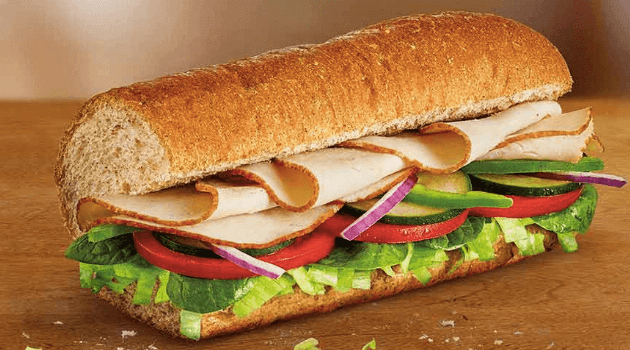 Yes, yes—the Spicy Italian reigns supreme out of all Subway sandwiches. This delicious combo pairs pepperoni with Genoa salami. It's totally simple, but still incredibly yummy. Plus, it's the perfect base for piling all kinds of veggies on top. Pretty much everything tastes good with pepperoni and salami, making this sandwich the ultimate choice for a delicious on-the-go meal. 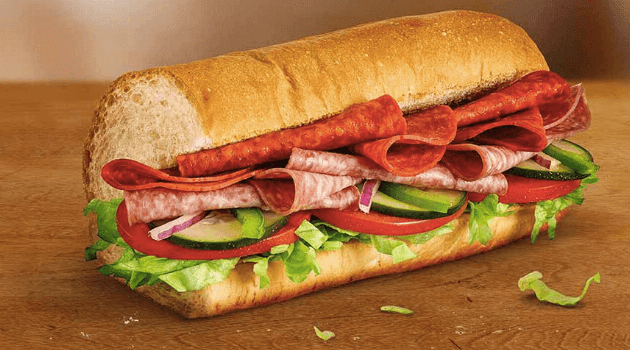 Now that you know which sandwich to use, it's time to figure out the bread. Click HERE for a definitive ranking of Subway breads, from worst to best.