17 Romance Novels That Are PERFECT for Summer Reading

If you're in a bind and can't find that perfect summer read, we know how hard it is to find one that's actually worth your time. But lucky for you, we know exactly what should go on your summer reading list. Whether you're chilling by the pool, going on a family vacay or are enjoying an iced latte at your local coffee shop, here are 17 romance novels that are perfect for this summer.

The Summer of Broken Rules by K.L. Walther

The Summer of Broken Rules is a classic love story set in the beautiful residence of Martha's Vineyard. This picturesque location is a desirable oasis and born to be a summertime romance spot. After the passing of her sister, the main character, Meredith, finds herself ready to join the world again. And at a wedding, she forms a special bond with one of the groomsmen. How will their relationship blossom? 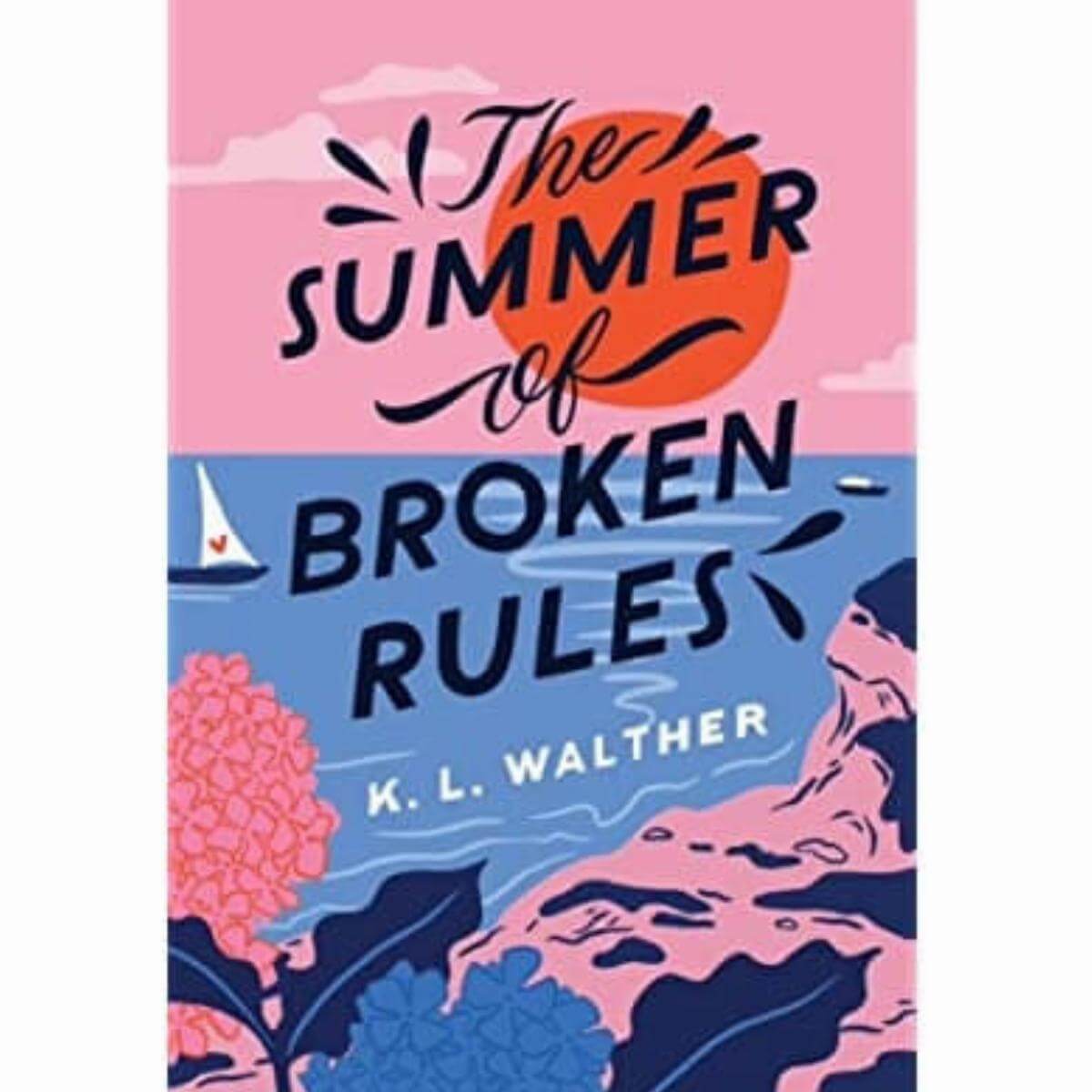 (The Summer of Broken Rules by K.L. Walther)

Every Summer After by Carley Fortune

Every Summer After is based in Ontario's blissful cottage country. This romantic novel followers Persephone Fraser, who has one week to get it right. She's haunted by a failed past and isn't sure how to let that go and let people in. And after being forced to encounter Sam Florek, someone she never saw life without, will she let undeniable love in, or will she let her mistakes overtake her past and present? 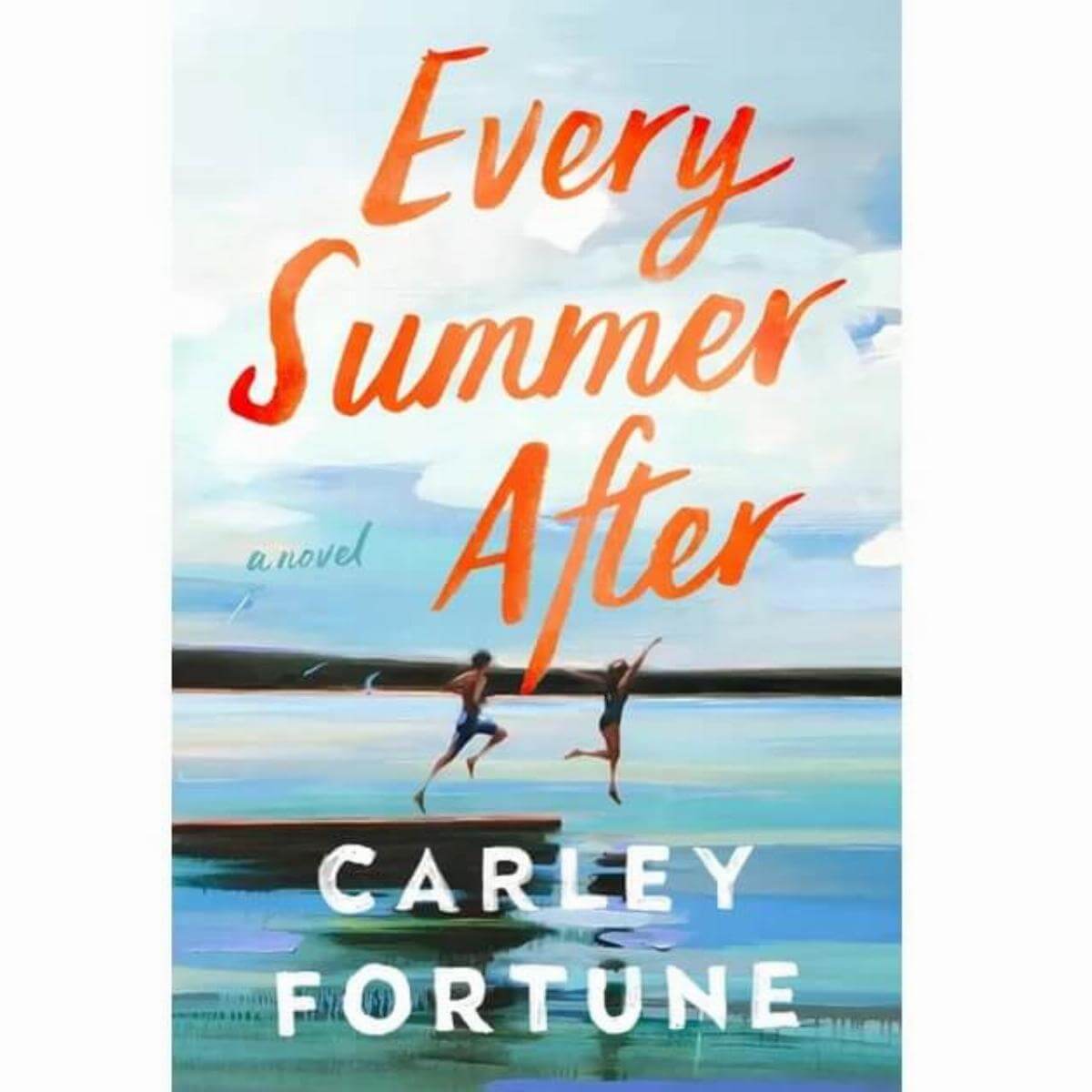 (Every Summer After by Carley Fortune)

One Italian Summer by Rebecca Serle

In One Italian Summer, Katy embarks on a mother-daughter trip alone after her mom passes away. Once arriving in Italy, she stumbles upon her mother, Carol… sort of. But it's not really her mom as she knows her, rather, it's Carol's younger self. Unsure how this is all possible, Katy gets to know youthful Carol, who is nothing like she had imagined. 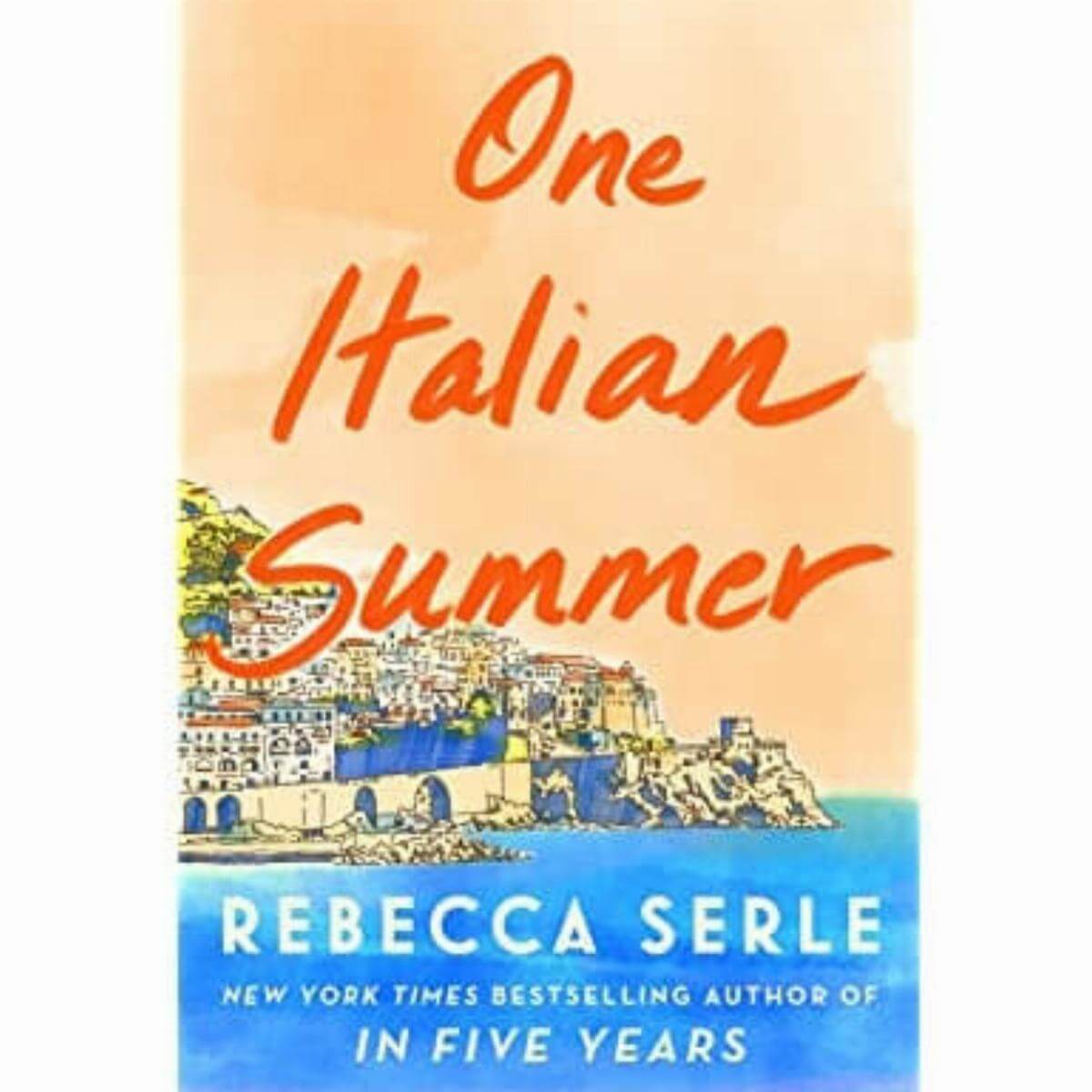 (One Italian Summer by Rebecca Serle)

The Summer I Turned Pretty by Jenny Han

The Summer I Turned Pretty is a coming-of-age series that actually has its own Amazon Prime show! Following teenager Belly, she thought this summer would be different for her, her brother, Conrad and Jeremiah. She finally felt old enough to hang with the boys, and hoped that Conrad would finally notice her the way she wanted him to. Does she return her romantic feelings? 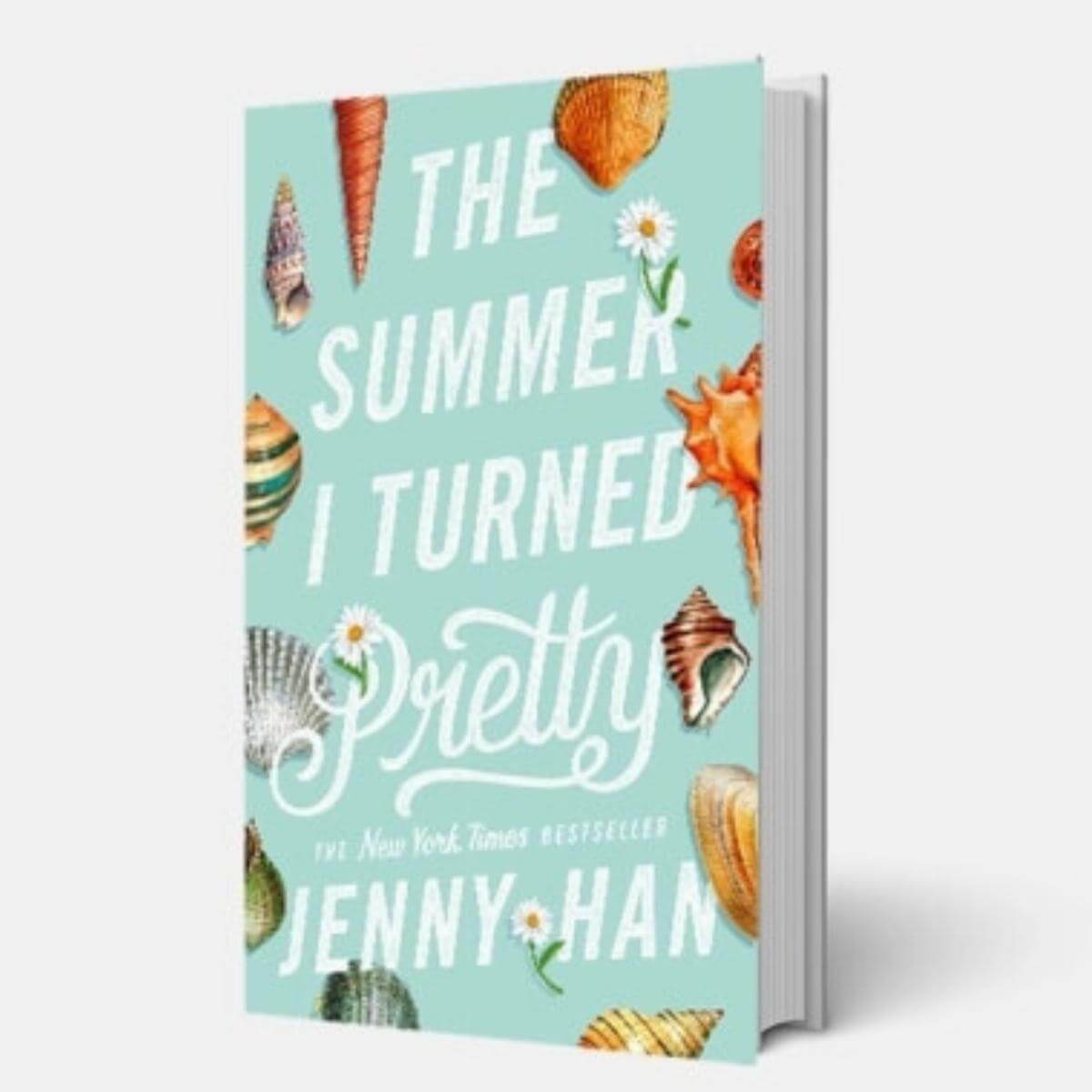 (The Summer I Turned Pretty by Jenny Han)

Book Lovers follows Nora Stephens, who works in the city and always has her nose in a good book. She decides to go on a last-minute August vacation with her younger sister, and instead of relaxing, Nora keeps running into Charlie Lastra. She knows Charlie from the city, however, running into him is never a part of her agenda. And after many unintentional run-ins, they unravel a story, perhaps about each other and themselves. 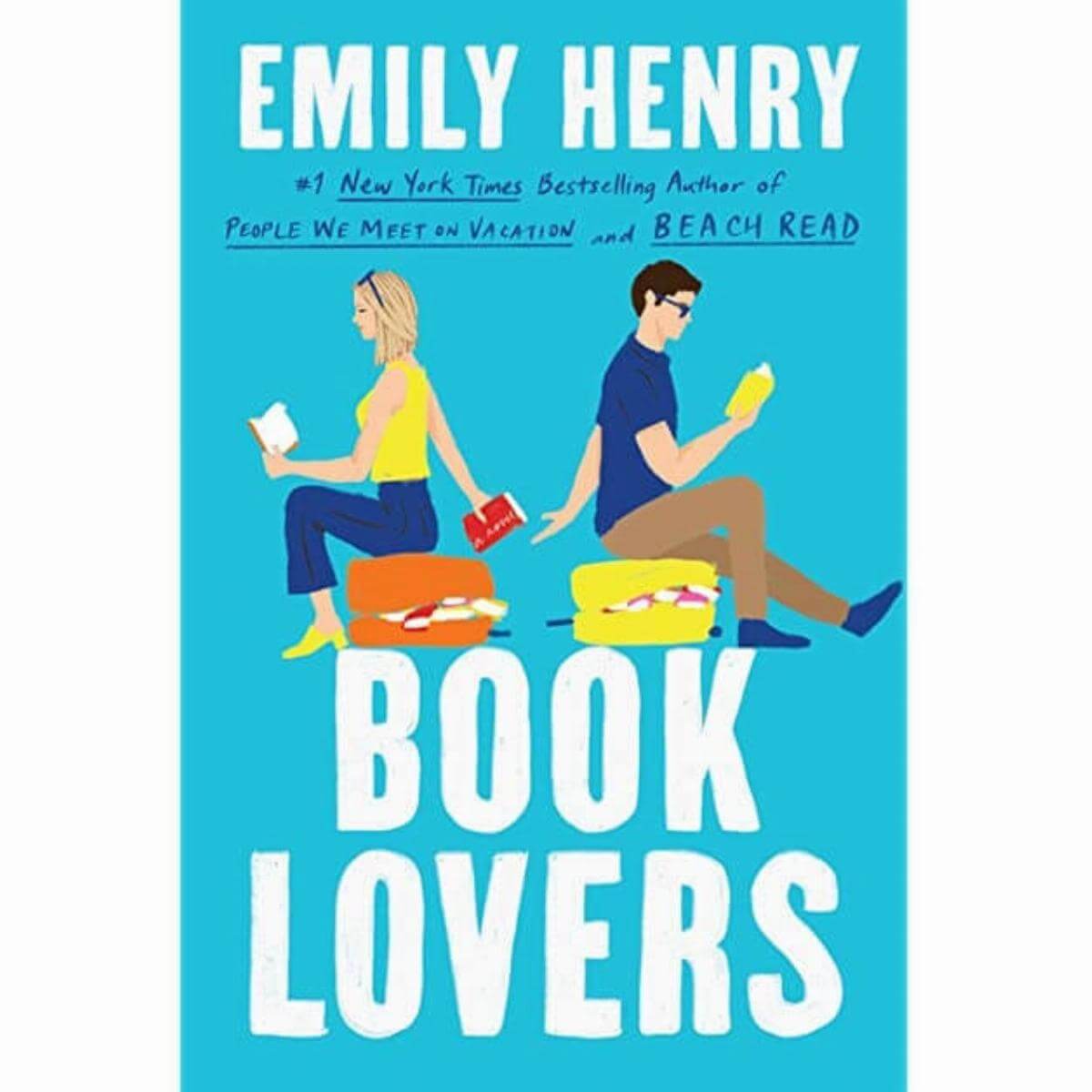 Love and Other Words by Christina Lauren

Told in a seesawing perspective from past and present, we see the love story of Macy Sorensen and Elliot Petropoulos in Love and Other Words. Macy has put up so many walls after getting her heart broken. She's faced with her heart's emotions when running into Elliot after all these years, but how will the story unfold? 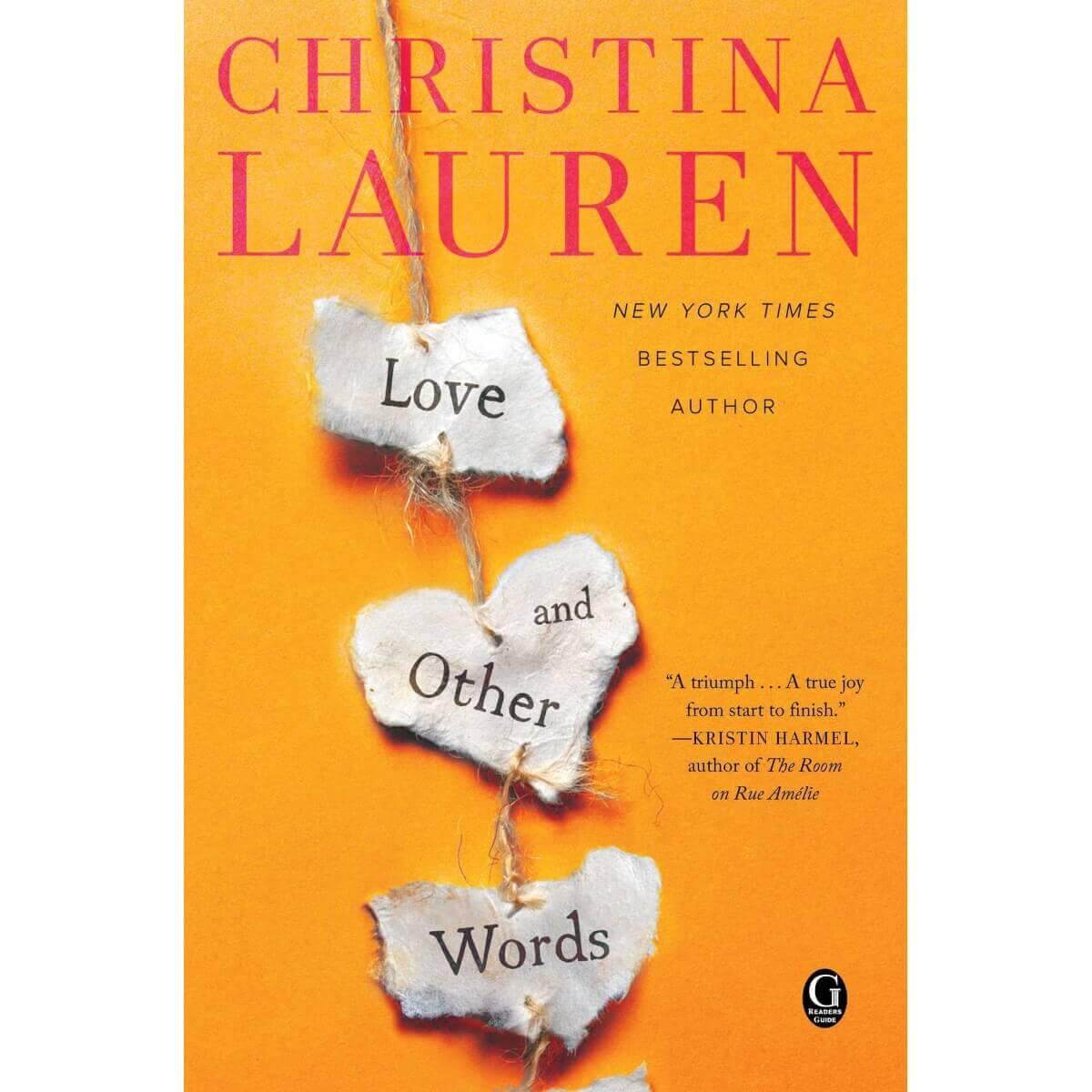 (Love and Other Words by Christina Lauren)

Also read about: 12 Book Series for Teens Who Can't Get Enough of the Classics

People We Meet on Vacation by Emily Henry

Another book by Emily Henry to take on vacation says it all in the title. In People We Meet on Vacation, Alex and Poppy decide to go on a vacation each summer. Although completely different, they have been tied at the hip since college, until two years ago. They took their usual trip, but things didn't end so well, and they hadn't talked since. She knows there's only one way to solve it, to go on another week's vacation. What could possibly go wrong, right? 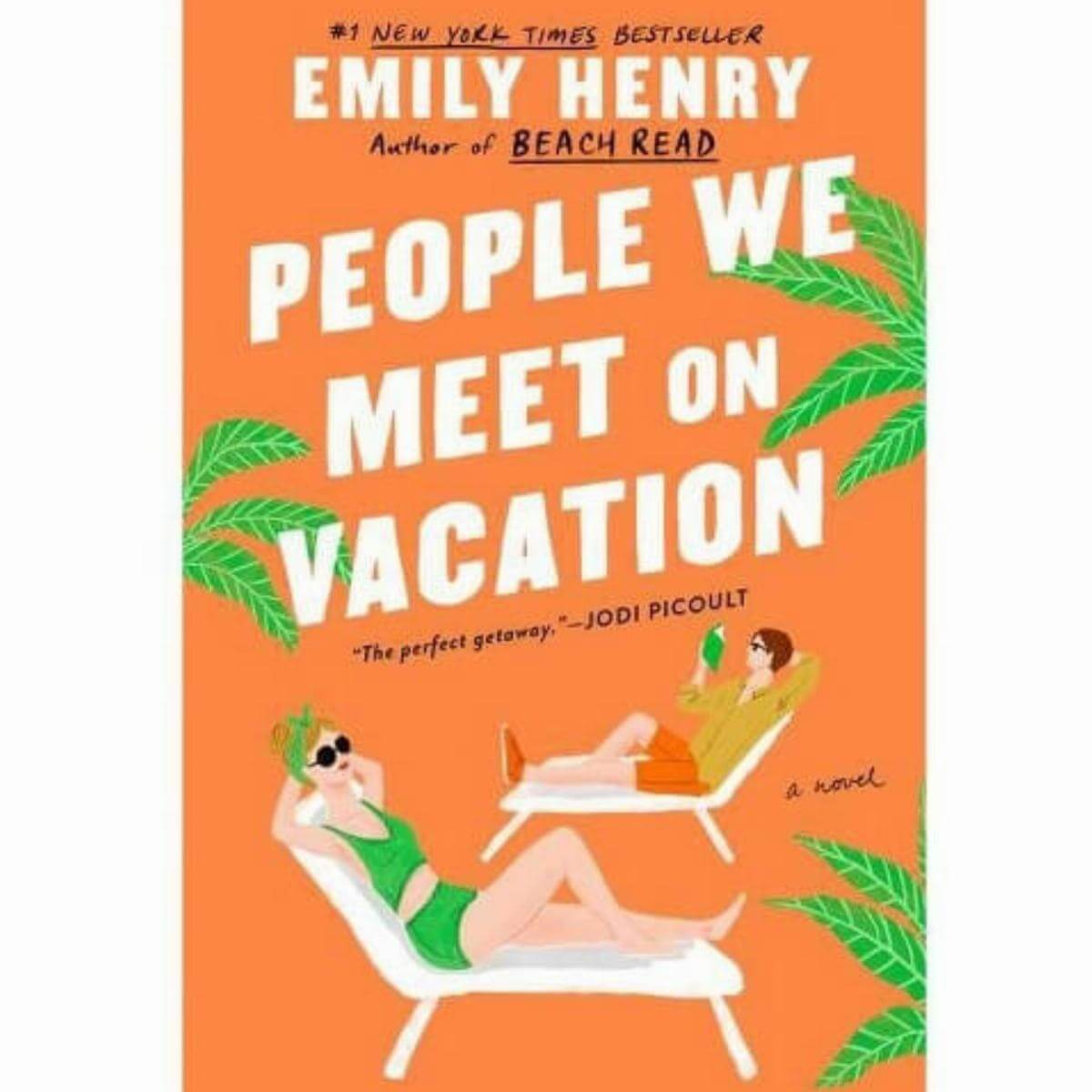 (The People We Meet on Vacation by Emily Henry)

Lina is sent away to Italy to get to know her father in Love & Gelato, which is actually a movie on Netflix! But upon arriving, she isn't as excited to be in Tuscany as she probably should have been. She's given a journal of her mom's adventures while she lived in Italy and she slowly uncovers the magic behind the romantic city. 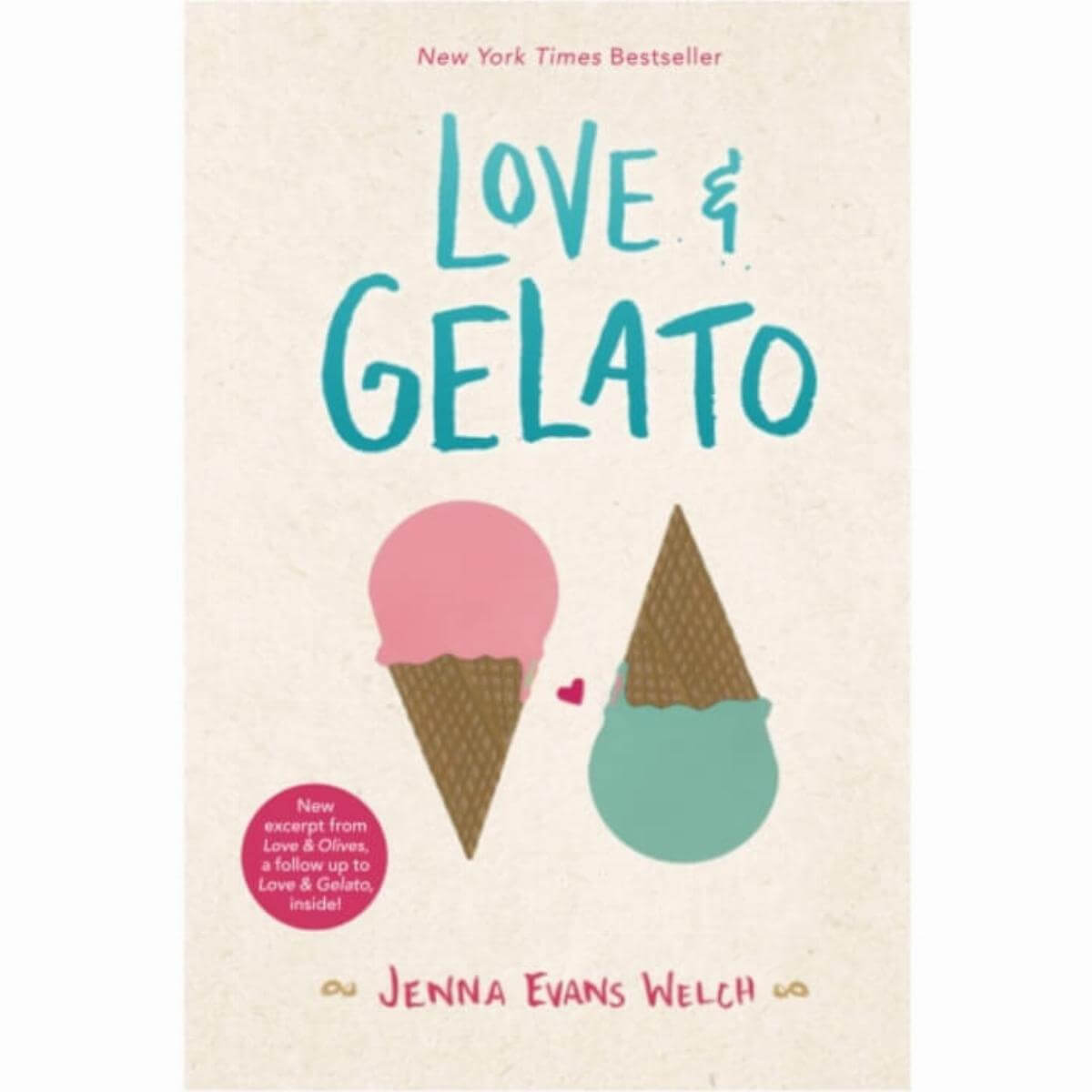 Four well-known siblings throw the party of the year at the end of every summer in Malibu Rising, but this year doesn't go according to plan. As the night goes on, all of their lives will change forever, and each sibling will choose what secrets they keep and what they'll leave behind. 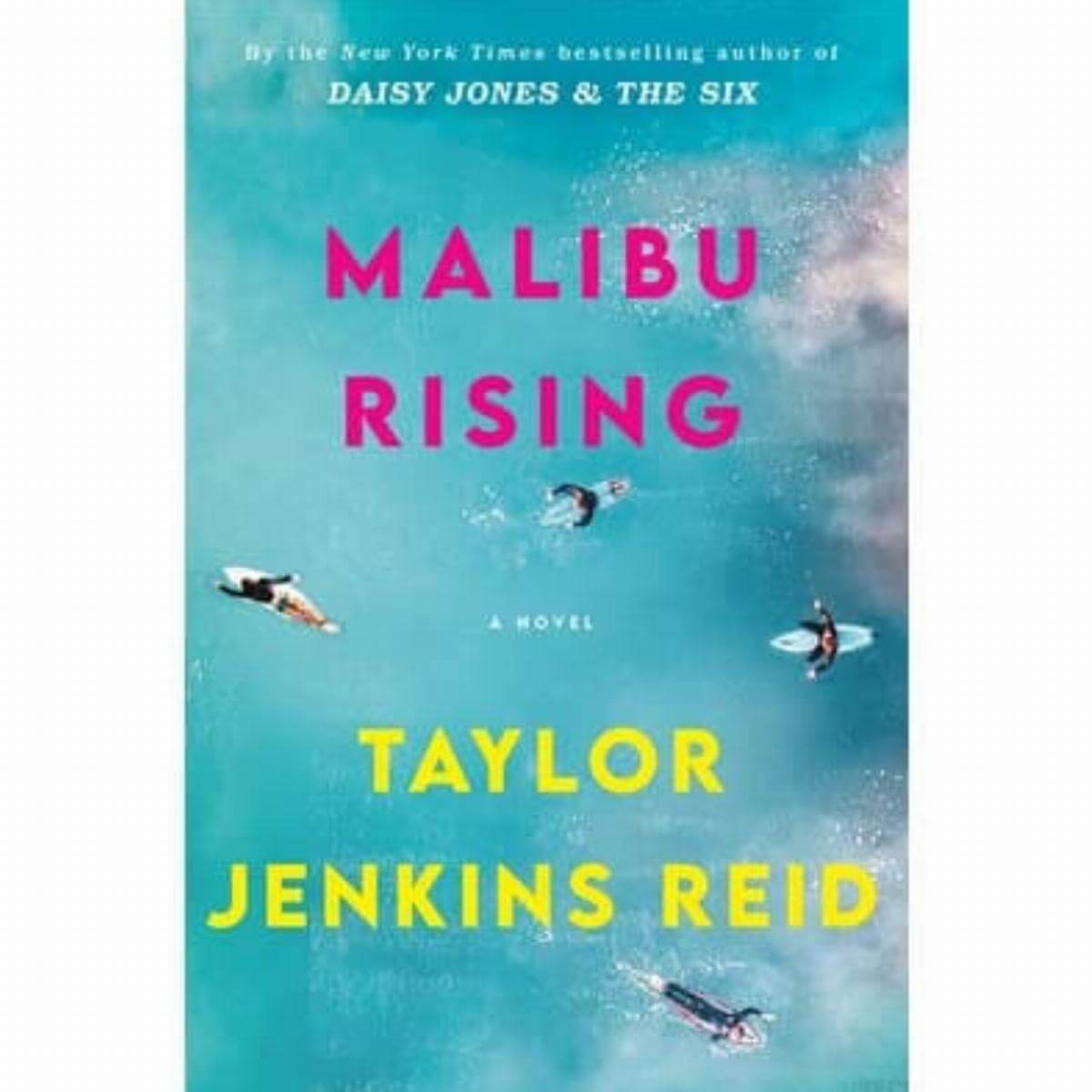 Beyah's life has never been easy in Heart Bones, however, she has paved an incredible future for herself. But, after she finds out someone has passed away, she's sent to Texas to be with the father she hardly knows. And although she wants to keep her head down, she can't help but let someone named Samson ruin that plan. They were raised completely differently but are undeniably drawn to one another. They hope to keep things just a fling, but before she knows it, the outcome could be different. 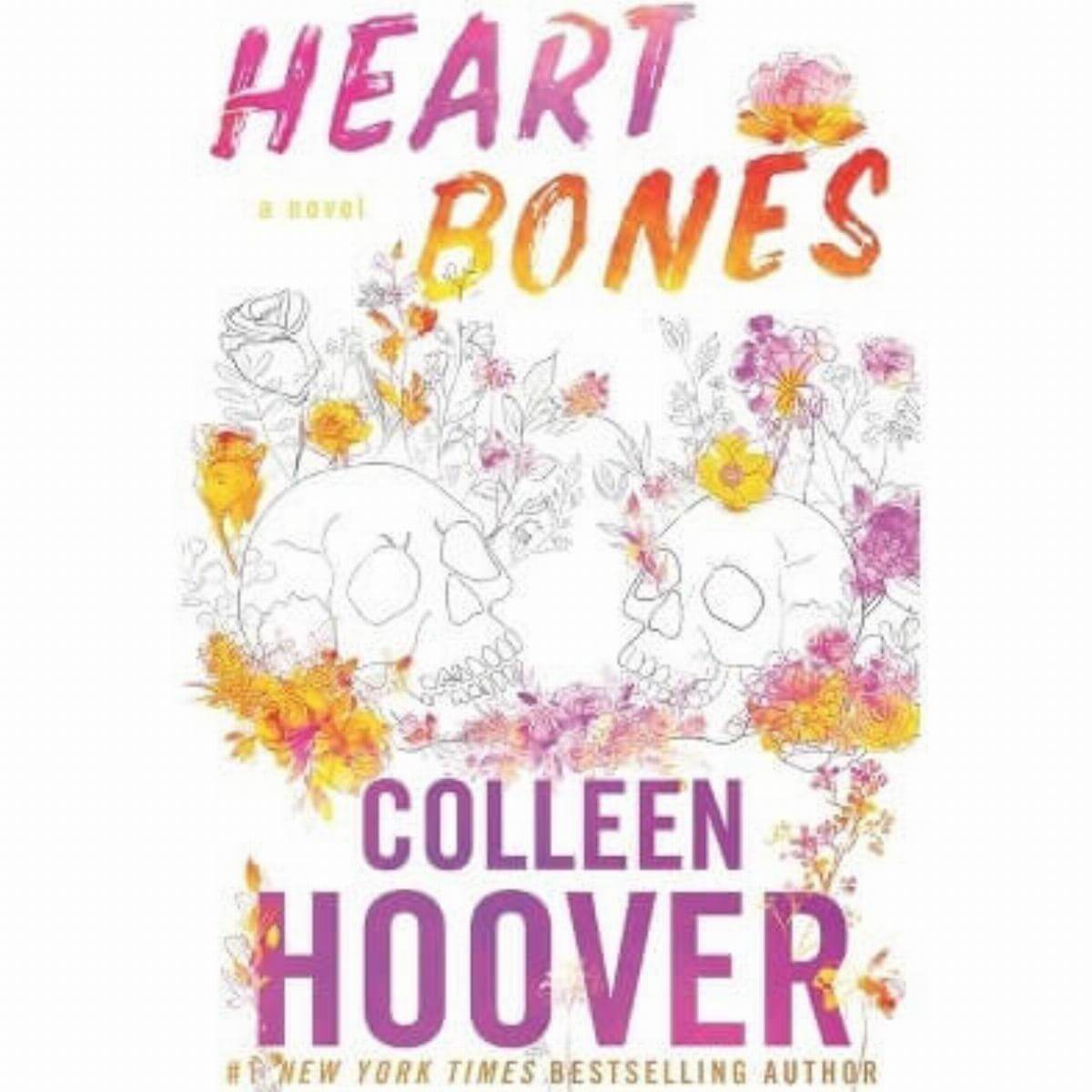 The Song of Achilles by Madeline Miller

The Song of Achilles follows Achilles, who is a strong and irresistible Greek son. He forms a bond with an unlikely, awkward, young prince named Patroclus, who were brought together by chance and forged an inseparable bond. They need to avoid the wrap of the gods, but their cruel fates will definitely test them. 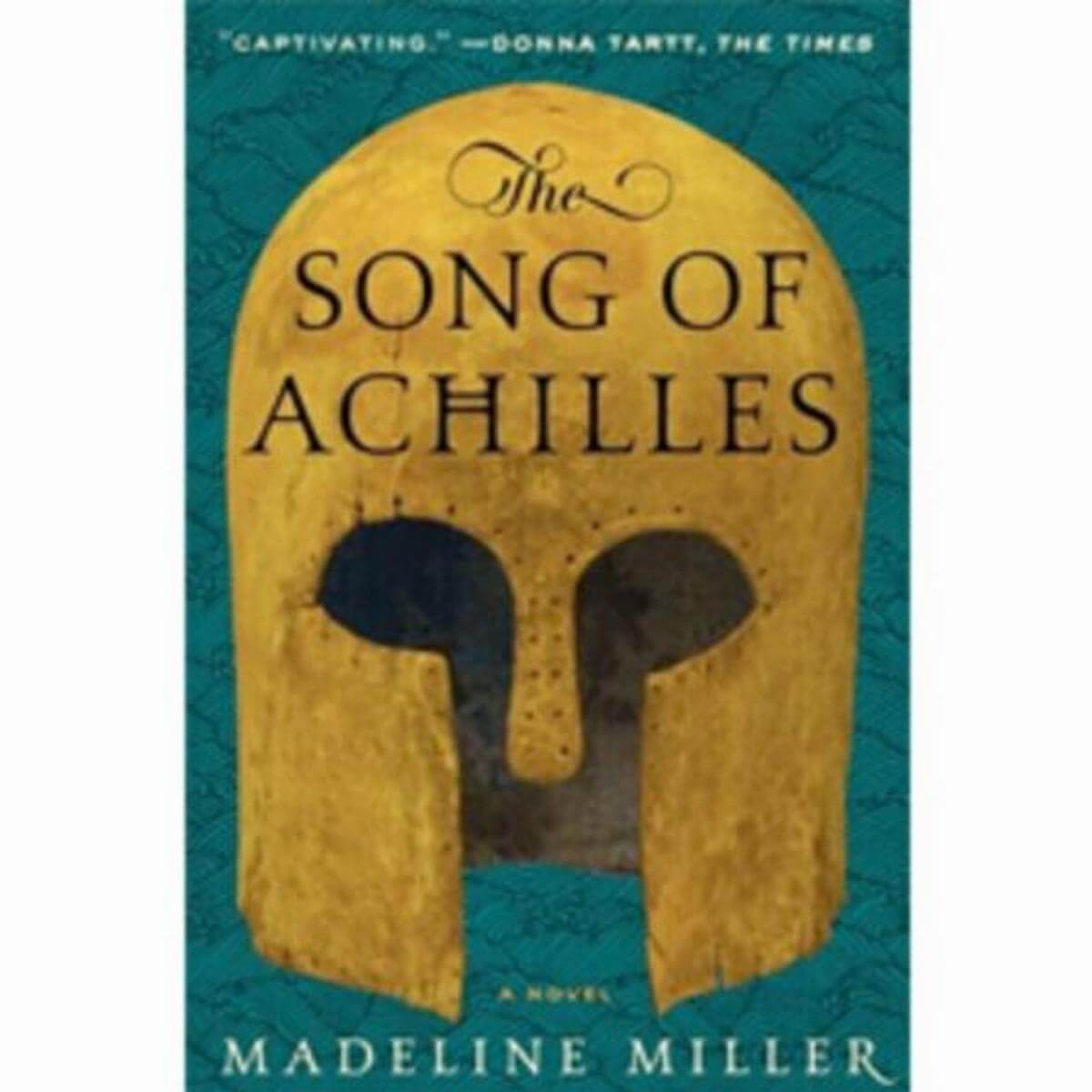 (Songs of Achilles by Madeline Miller)

Also read about: Show Off Your Book Collection With One Of These Instagram Captions

Looking for Alaska by John Green

Miles "Pudge" Halter is over the safe life of being home in Looking for Alaska. So when he's sent away to Culver Creek Boarding School, he experiences anything but safe, and that's all because Alaska Young lives down the hall. She's clever, beautiful, fun, and totally self-destructive. She pulls Pudge into her life and steals his heart, but what happens? 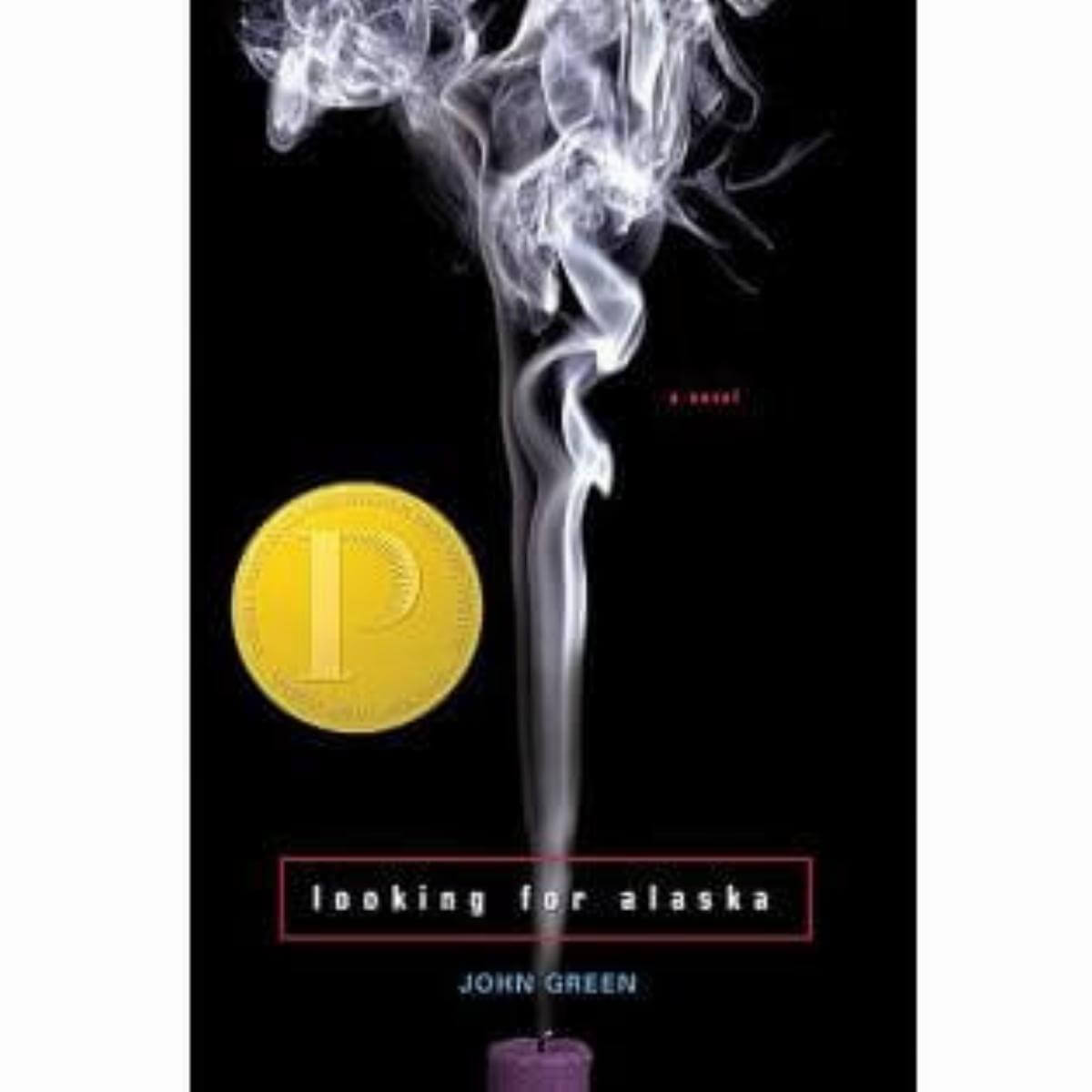 (Looking for Alaska by John Green)

Call Me By Your Name by André Aciman

Call Me By Your Name is a romantic novel that takes a turn when a young boy finds himself fawning over his parents' guest. Not knowing what consequences they may face, the two don't seem to care. This book is filled with fixation, fear and desire. The passion is fiery, and the love is wild. Elio and Oliver have six weeks to experience a lifetime together, and they fear that this total intimacy will never come again. 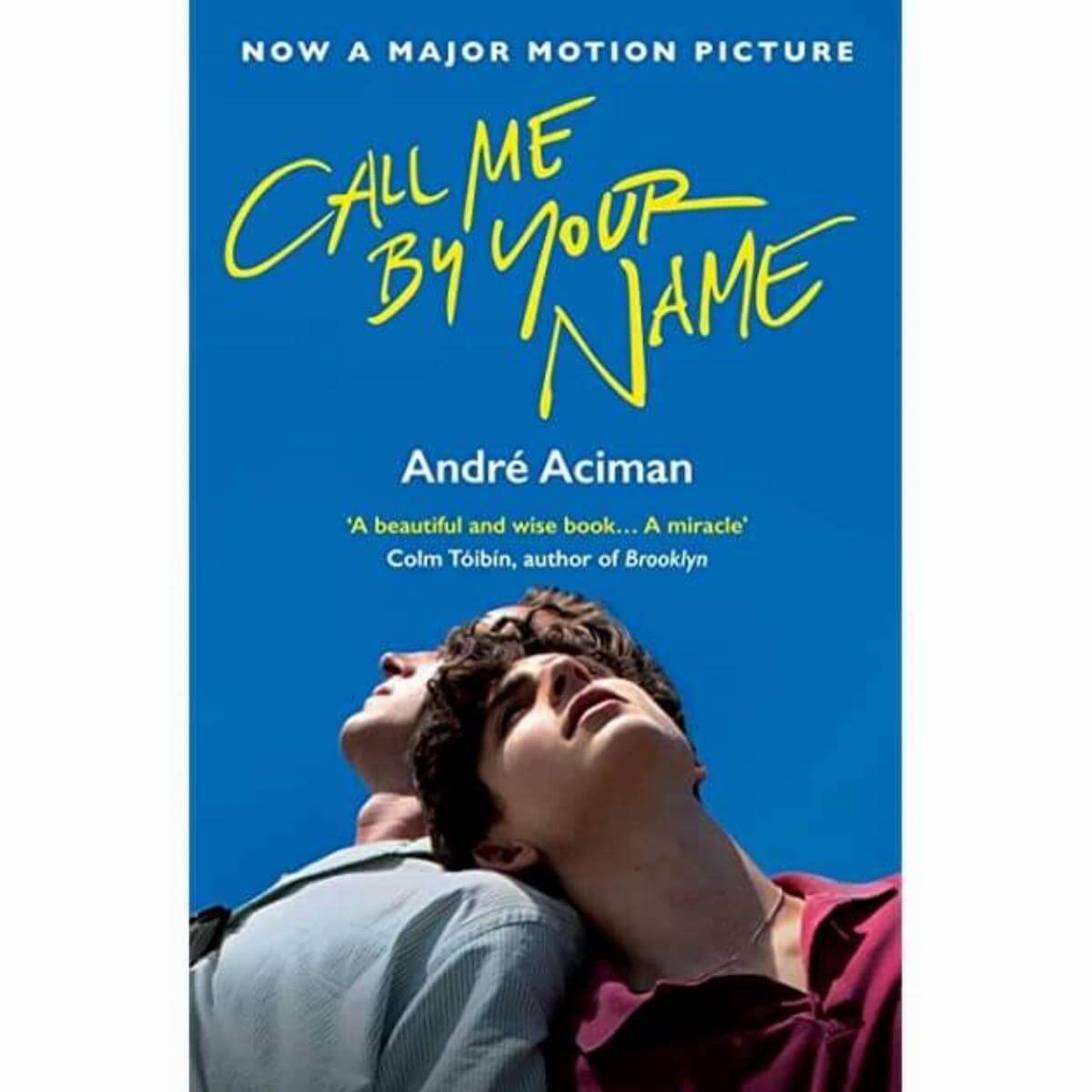 (Call Me By Your Name by André Aciman)

The 1970s were filled with rock, but the one group that knew stood out was Daisy Jones & The Six. Followers knew every song and every word, but they didn't understand why they broke up at the height of their popularity. Now, all of that is revealed in Daisy Jones & The Six! 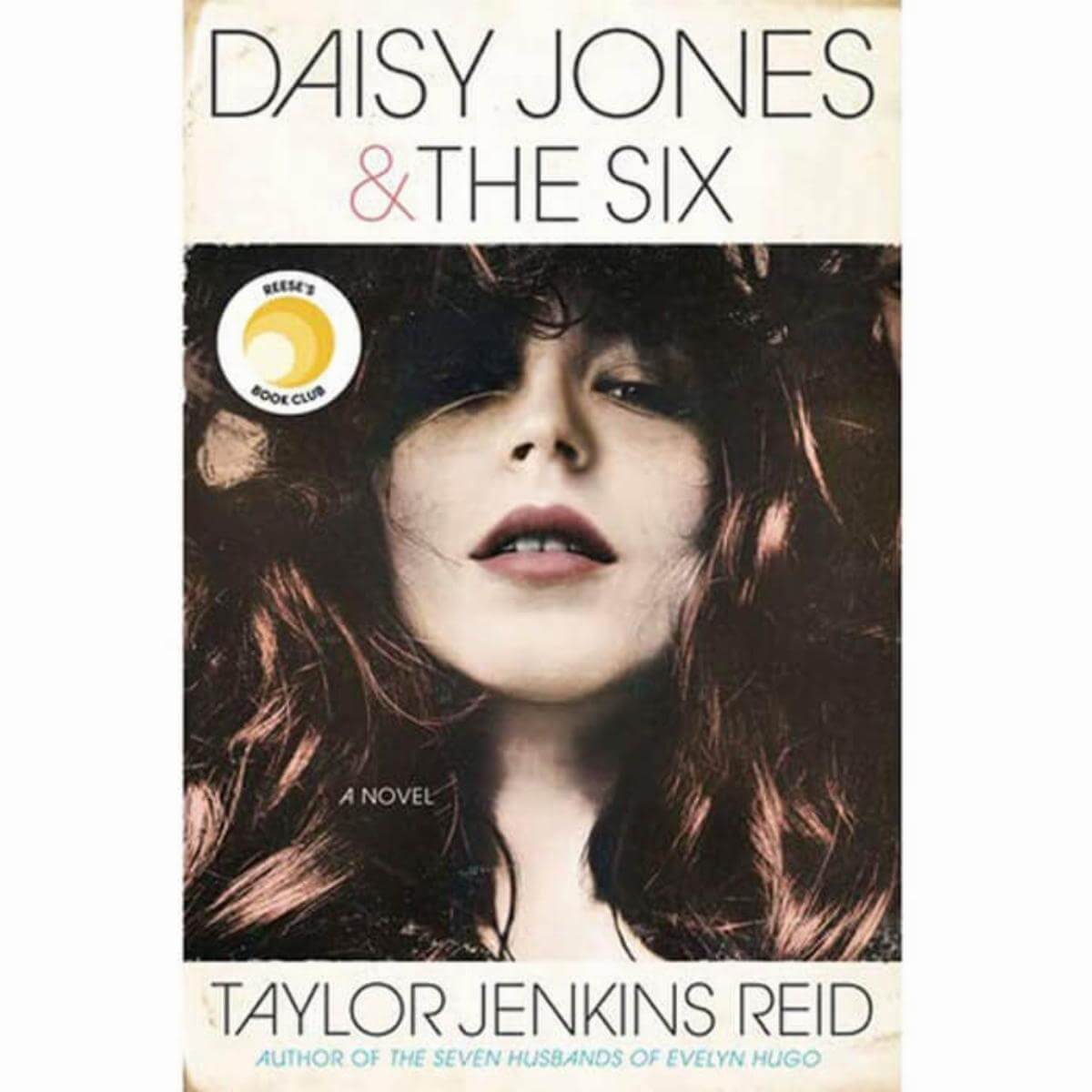 Beach Read follows January Andrews and Augustus Everett who have nothing in common until they find themselves in neighboring beach houses. The two are polar opposites—one writes bestselling romances, and the other writes literary fiction. As the two struggle with writer's block, they decide to challenge each other to write a book in the other's genre. 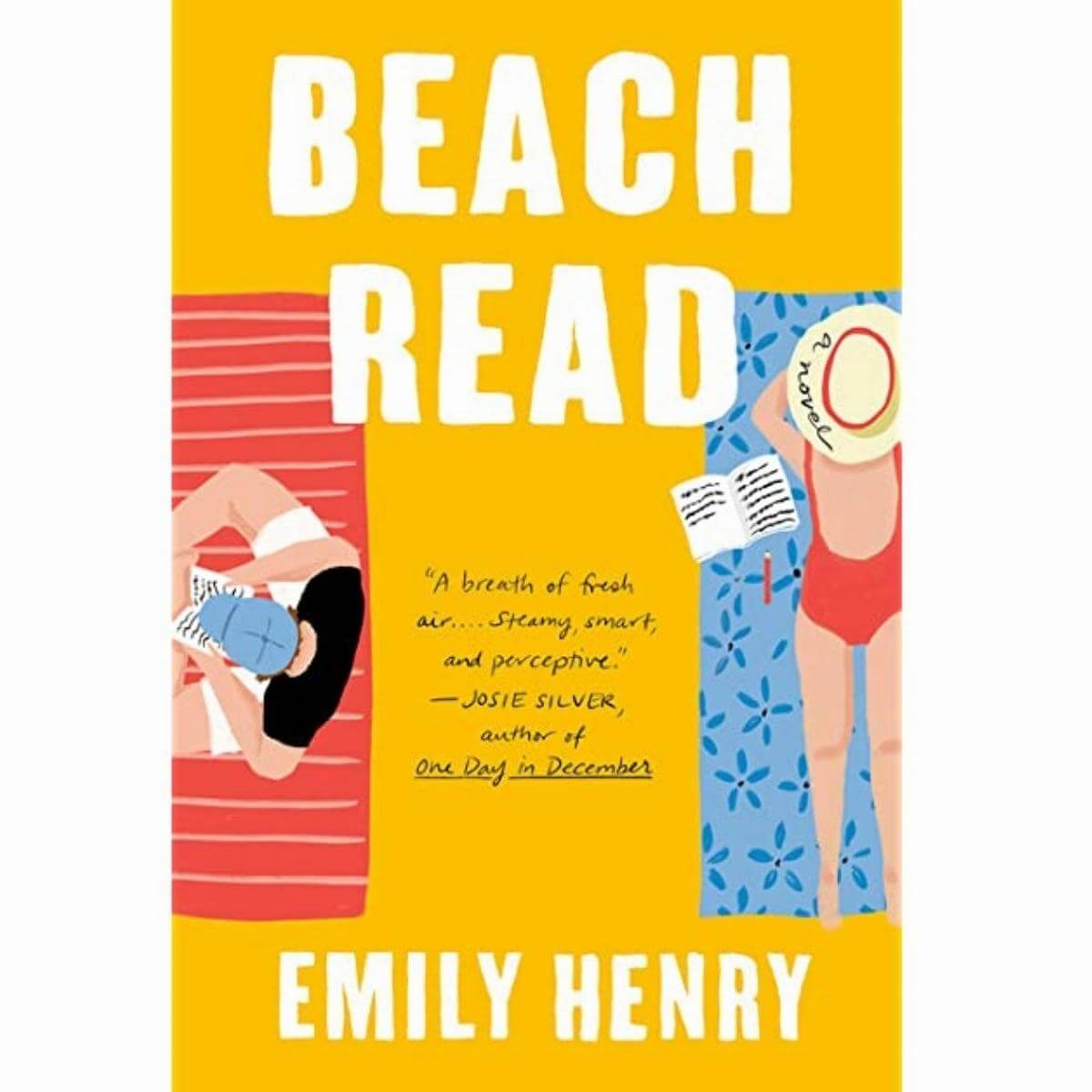 Also read about: 10 of Our Favorite People to Follow On BookTok

The Roughest Draft by Austin Siegemund-Broka and Emily Wibberley

Signing a contract together, Katrina and Nathan set out to make bestselling books in The Roughest Draft. But after finding much success, they end their partnership tumultuously, and no one knows why. They have one final book due on their contract, so they're forced to rejoin as writers. Katrina and Nathan will realize relationships aren't easy, just like writing. 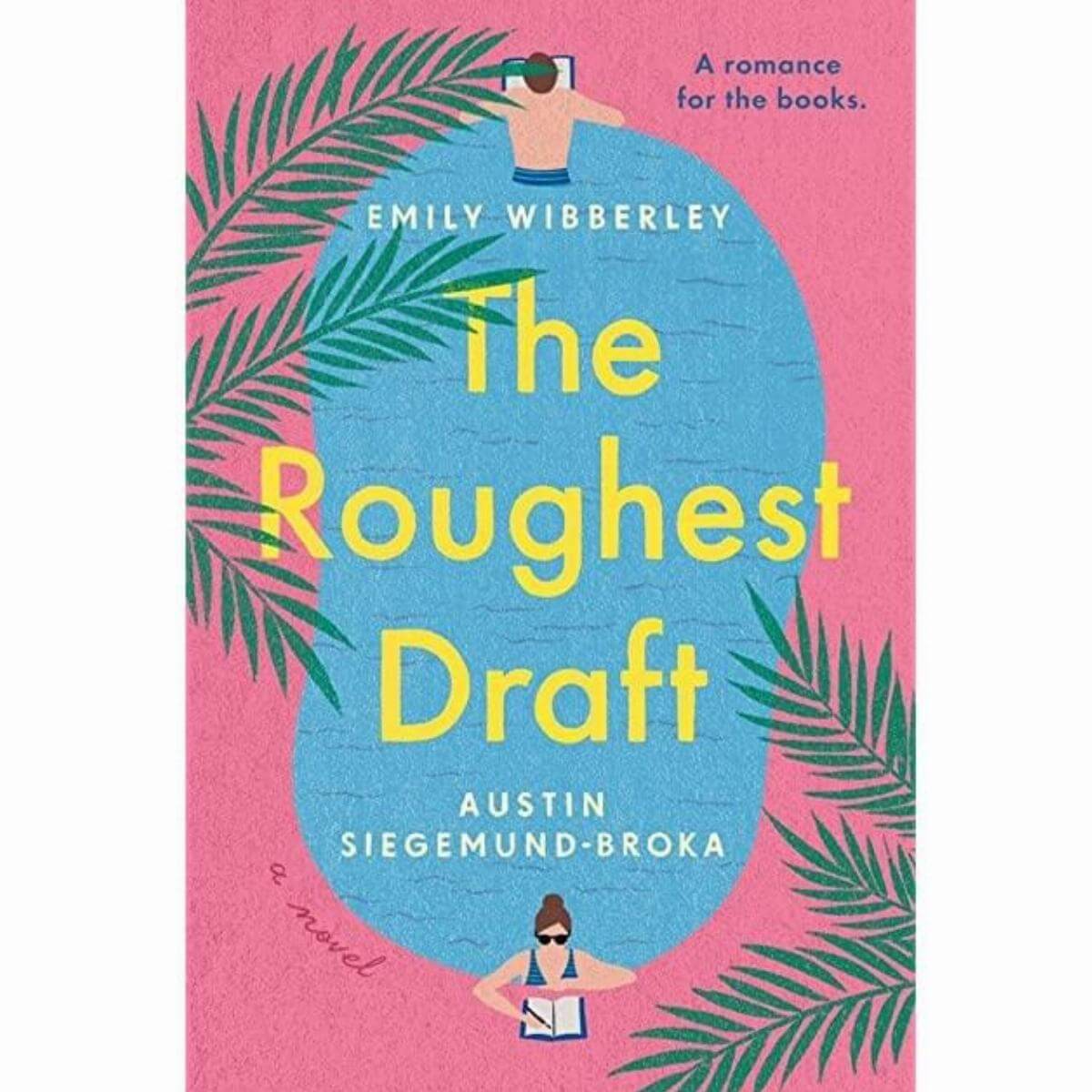 (The Roughest Draft by Austin Siegemund-Broka and Emily Wibberley)

Catalina needs a date for her sister's wedding in The Spanish Love Deception, and she needs one quickly. Who will be willing to be her date across the Atlantic while not telling the truth about their fake relationship? Luckily, Aaron Blackford comes to the rescue. Although Catalina would rather have anyone else accompany her, she doesn't have another choice. 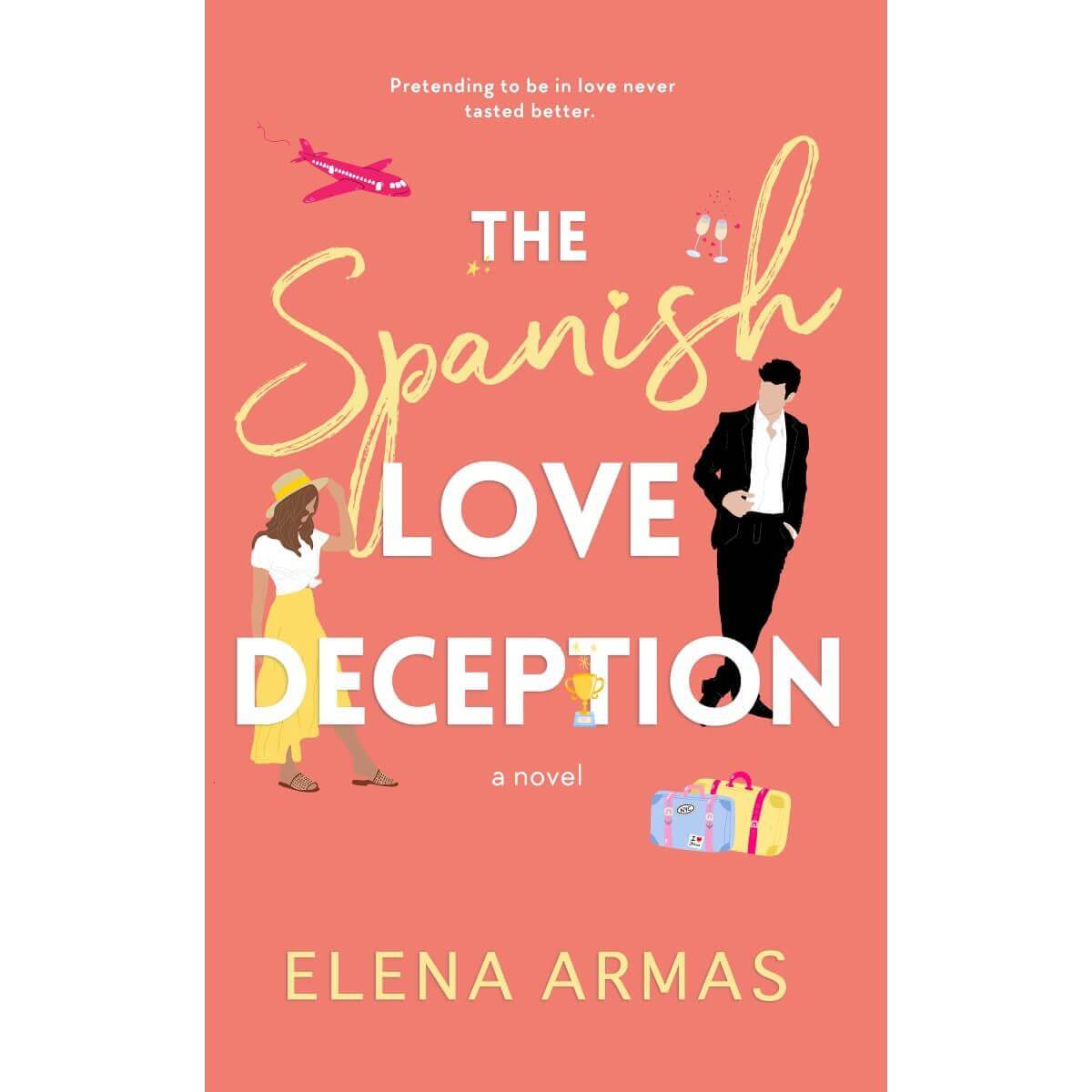