Super Crush KO Is the Cat-Saving, Robot-Busting Brawler We All Need

I know you're not supposed to judge a book by its cover, but when a game is as stylish as Super Crush KO, it at least warrants a look.

The game is Vertex Pop's follow-up to the critically acclaimed Graceful Explosion Machine, and when I was invited to check it out at E3, I just had to accept the offer.

The story begins when a glamorous alien busts through hero Karen's apartment wall, kidnapping Karen's beloved cat, Chubbz. This leaves Karen with no choice but to go on the offensive and rescue him. The fact that she stops an extraterrestrial robot invasion in the process is incidental.

This sends Karen out into a delightful pastel-colored world, making her way through colorful locales while blasting robotic Invaders with her laser gun and striking them with her strongest melee moves in epic combo strings. The demo I played was a custom level designed specifically to showcase the gameplay and the unique moves Karen earns along the way, and I had a blast with every second of it. 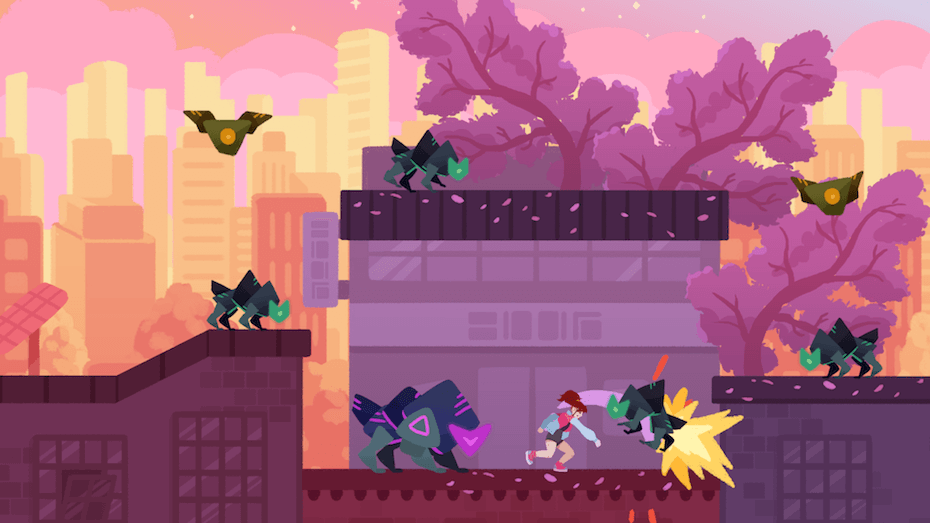 Karen seems to have an ever-expanding list of skills, making her more and more unstoppable as the game progresses—though I'm guessing the robots will get a lot stronger, too. She begins the game with a regular punch, which can be utilized multiple times to form a combo, as well as a laser gun which has to be utilized carefully so it doesn't overheat. She also has a dodge move, which allows her to zip through lasers and enemy projectiles without taking damage, and can charge up a special meter to activate a powerful Kamehameha-style blast that can destroy a whole row of enemies at once. 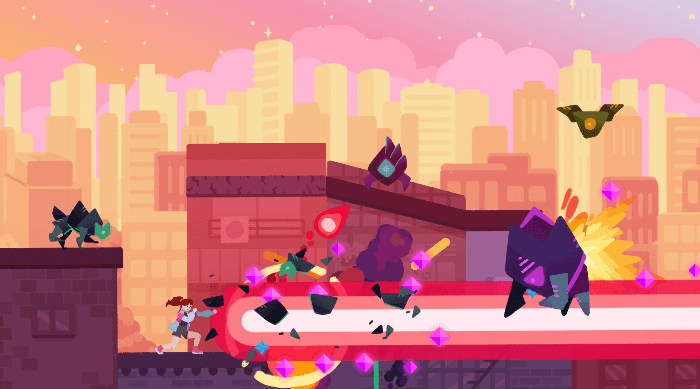 In a stroke of genius, Karen's pun-tastic additional moves are acquired by grabbing tasty snacks. A soft pretzel gives her Twister Drill, allowing her to slide attack through a line of grounded enemies all at once. A piece of pepperoni pizza grants her the Uppercut Slice, so she can jump through the air with a powerful punch. Lastly, popcorn activates the Air Pop, sending Karen flying across the screen toward enemies with a mighty strike.

Once you've mastered all of these moves, you can really start putting together some impressive and eye-catching combos. Each combo is given a graded score, so you can work toward getting S ranks (or even higher) in all the combos you pull off. This grade system gives the frenetic game a lot of extra depth, allowing players to go for a perfectly scored run. Or, you can be like me and just try to survive. 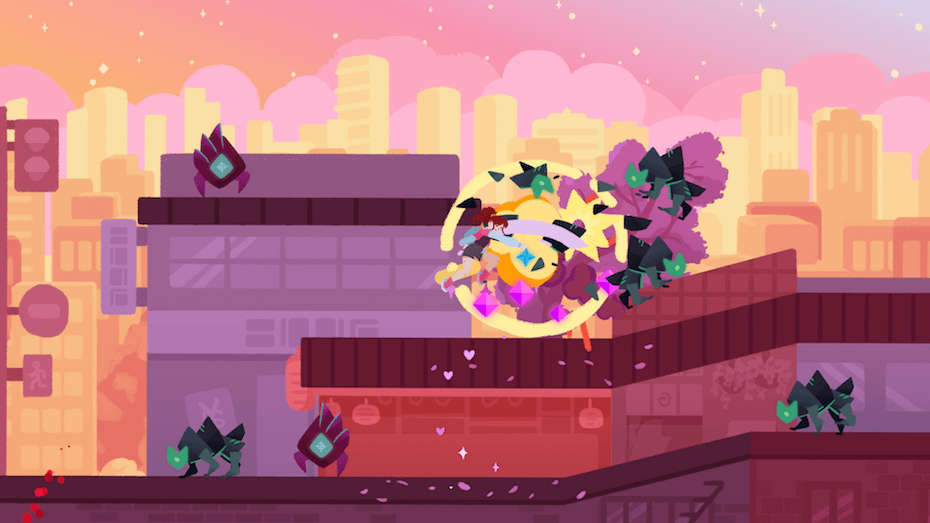 While Karen's moves feel effortlessly fun, the game isn't without challenge. She only has four health hearts, and it's easy to get hit if you're not cautious, so strategy and care are necessary to make it out alive. I did die once during my brief time with the game, but I was kind of glad I did. This led me to discover that even the death animation in the game was super cute, fitting right in with everything else. 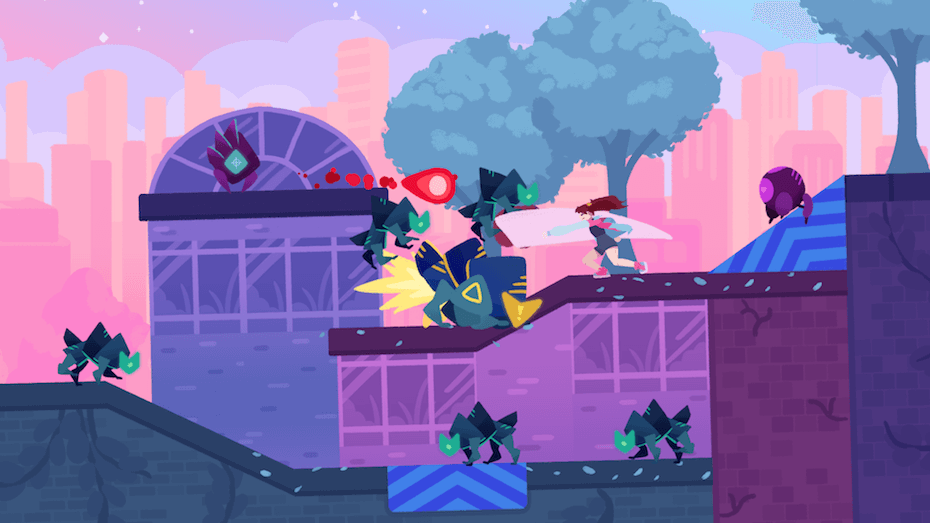 Super Crush KO will be available on Steam and Nintendo Switch when it ships early next year. I think it's brilliant, and I very much look forward to seeing the finished version.

If early 2020 seems way too far away, HERE is a review of Gato Roboto to help you pass the time.