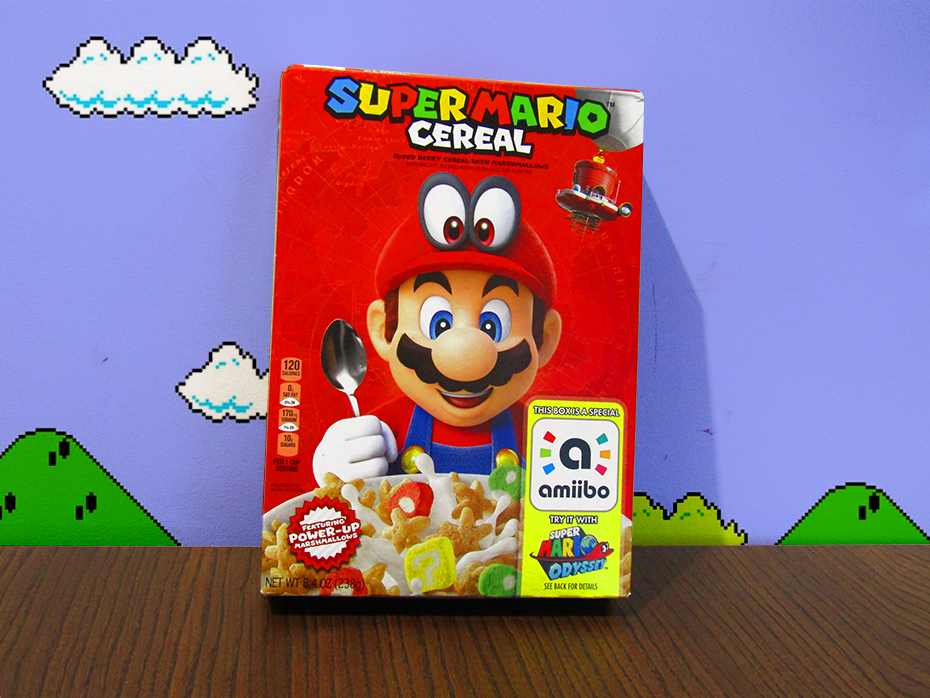 It arrived in a vibrant red cereal box featuring Mario and Cappy's happy faces, making us eager to dig in and see what this new cereal was all about.

Upon first inspection, the cereal looked a lot like a Mario-fied version of Lucky Charms. The crunchy cereal is shaped like stars, while the red, green and yellow marshmallow bits represent Mario's cap, a 1-Up Mushroom and a Question Mark Block, respectively. 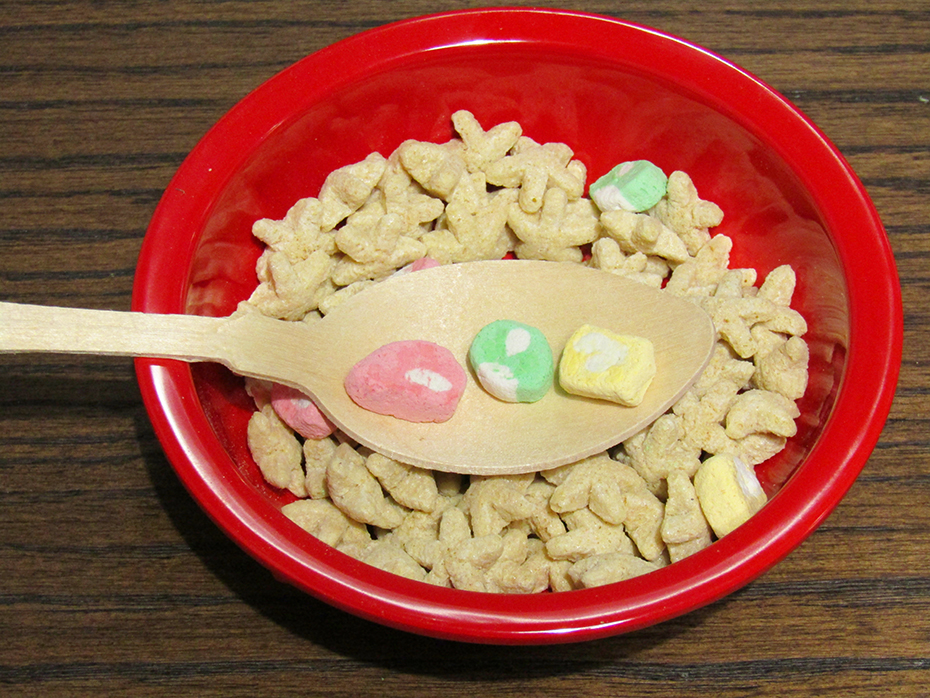 Of course, the real test came when we tasted it. After adding a dash of milk, we took the first bite. Though it didn't look it a first, the cereal was frosted with a light berry flavor, while the brightly colored marshmallows tasted like the standard sweet and crispy cereal marshmallows we've been eating our whole lives.

We weren't expecting a berry flavor, so, at first, the cereal tasted a little strange to us, but once we got used to it, the flavor was subtle enough that it paired nicely with the sugary marshmallows. If you enjoy fruity cereals, chances are that you're going to like Super Mario Cereal, too. 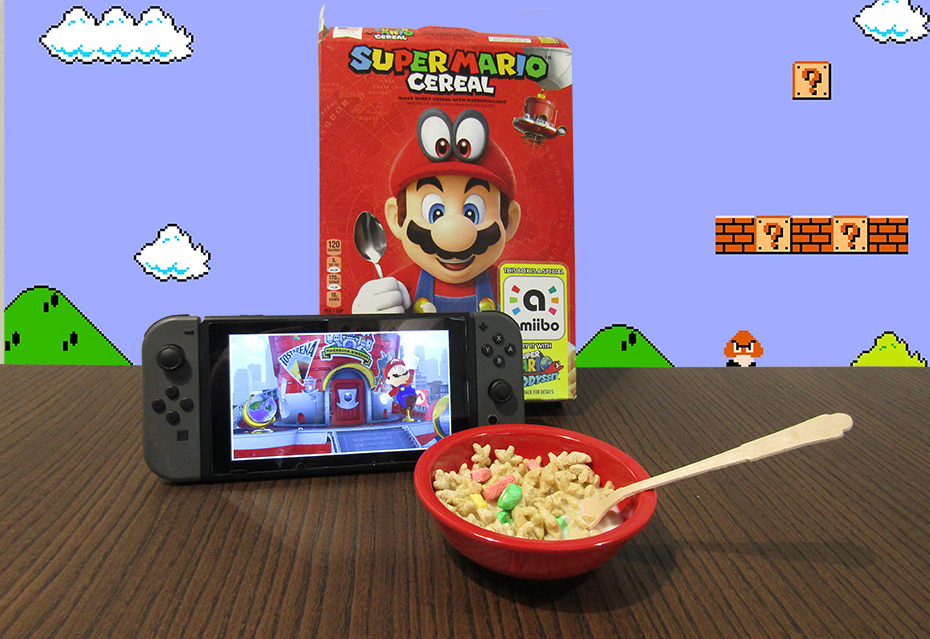 The outside of the box was nearly as exciting as the cereal stuffed inside. That's because a small section of the back of the box acts as an Amiibo, one that's particularly handy if you're playing Super Mario Odyssey.

If you're not familiar with Amiibo, they're figurines and cards featuring Nintendo characters that can unlock features within certain games when you touch them to a special reader built into Nintendo consoles.

If you don't own any Amiibo, it's worth picking up a box of this cereal to finally unlock the game features that utilize them. This means you can unlock coins—or a heart, if you're lucky—pretty much any time you're playing Super Mario Odyssey, or you can utilize one of our favorite game features by taking the box to a character called Uncle Amiibo. After tapping the cereal box (which the game calls a "delicious Amiibo") to the controller, wait five minutes and it'll map out the location of a Power Moon. With 880 to find in the game, we'll take all the help we can get to track them down. 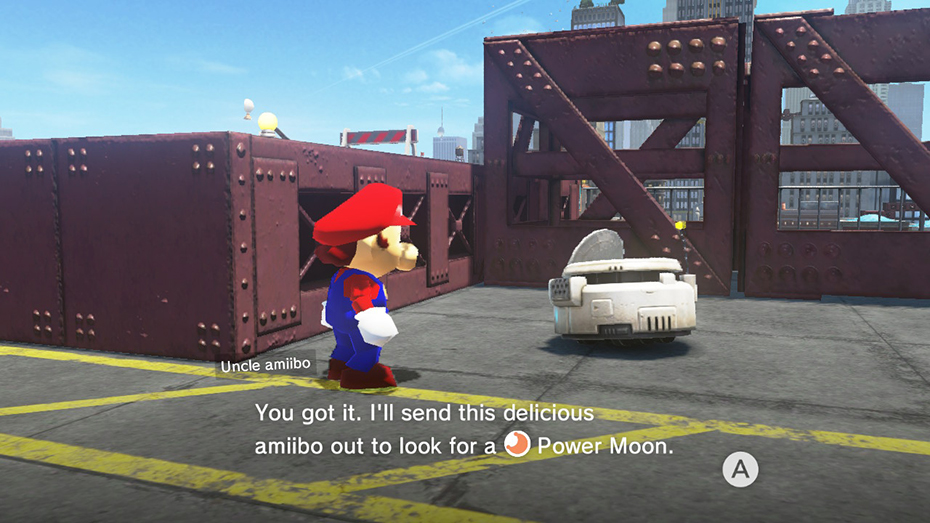 Super Mario Cereal is available now in grocery stores all across the U.S., but if you're having a hard time tracking it down, you can click here to locate a box. It retails for the same price as an average box of cereal, so if you're looking for a tasty cereal that can take your Mario Odyssey game to the next level, this may be the one for you.

If you love Super Mario Odyssey, click HERE for our definitive ranking of every costume in the game.