How Tough Is Super Ruff's GroovyToob Chew Toy? We Put It to the Test With a Heavy Chewer

This is Horace, the family dog—and he is a big chewer. 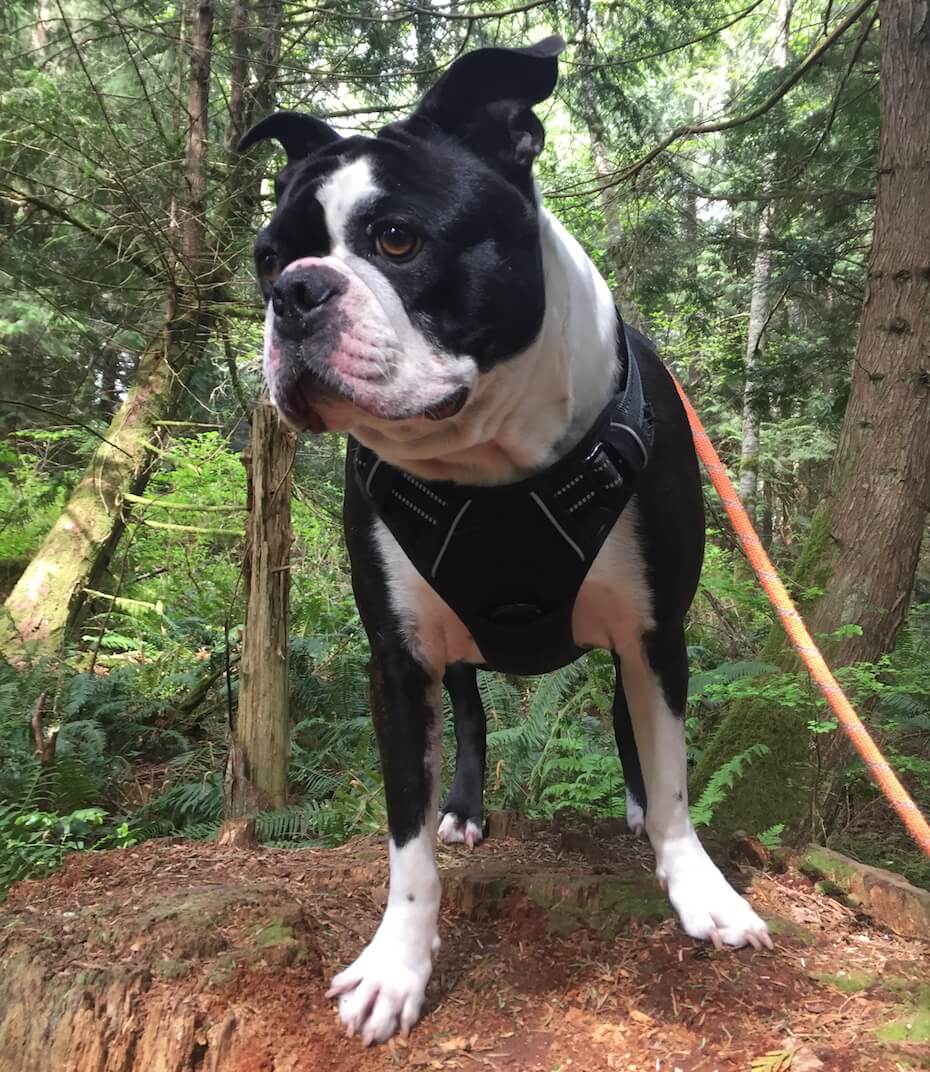 It seems that with every toy he gets, his only goal is to tear and destroy. Plastic toys with squeakers rarely last more than a day, as he tries to rip in and get at the device making the noise at its center, and most stuffed toys are reduced to fabric and fluff within hours. Even the toys that are supposed to be tougher hardly stand a chance against his dedicated chewing. That is, until Super Ruff's GroovyToob.

When I stumbled across the brand on Instagram with an ad claiming they'd made the ultimate toy for dogs who love to chew, I immediately reached out to see if it could pass the ultimate test—being gnawed by Horace. Super Ruff was kind enough to send me not one, but three GoovyToobs, and the fact that his first one is still intact more than two weeks later says a lot about the quality of their toys.

Ruper Ruff's GroovyToob may not look like much at first glance, but it's a unique toy designed to keep dogs entertained for hours on end. It's made with thick, sturdy natural rubber that makes it super tough and safer for your dog, and it's got a motion-activated squeaker inside, so it only takes minute movements to get it to make noise, rather than a hard chomp in a specific place. That means dogs of all sizes (and jaw strength) can love them.

Even better, the sounds it makes aren't the loud, annoying squeaks you're used to. Instead, its noises are based on testing what dogs actually like to hear. It's programmed with nine real rodent sounds that captivate dogs, and while the human ear can barely make them out, your dog can hear each squeak loud and clear. The quieter sounds are safer for your dogs' ears, and way less bothersome to their human family. And even if the dog does somehow get through the rubber, the squeaker is impenetrable. It's also got treat cavities on either side, which you can fill with peanut butter or other soft treats your dog loves.

GroovyToobs currently sell for $24.99 each on their website, but if you buy two, you can get a third GroovyToob for free. 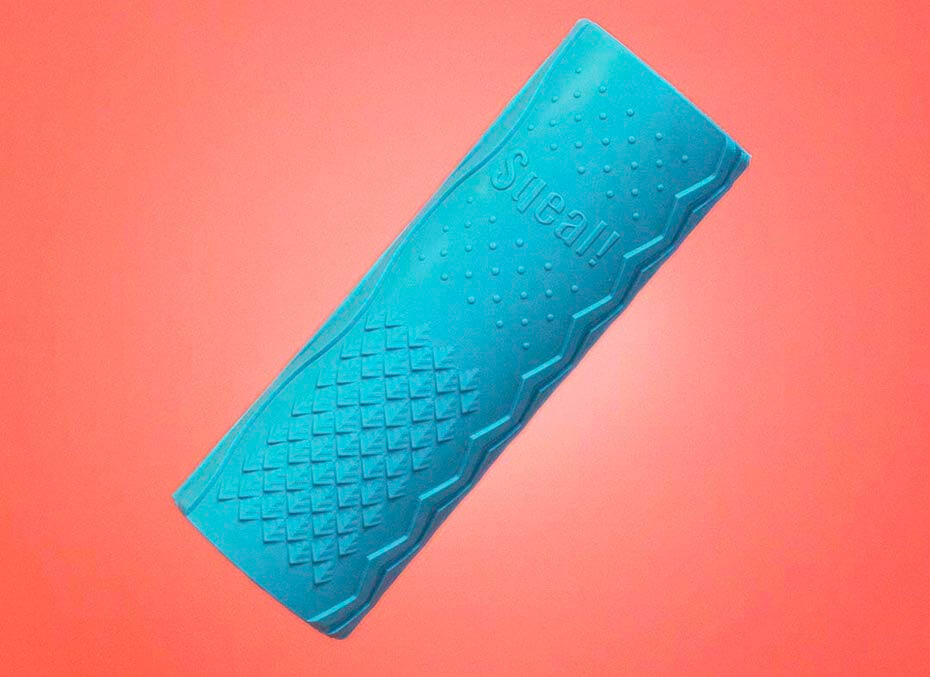 When I took the first GroovyToob out of its packaging, I was curious to see how Horace would react. I pulled out the tab to activate the squeaker, tossed it on the rug in front of him, and he went right for it, grabbing the length of the tube between both jaws. He immediately went wild for the tiny, rodent-like squeaks coming from the toy, which were barely perceptible to me, and he barely had to shake or nudge it to get another sound out and entertain himself. He was obsessed.

And then came the chewing. Super Ruff sends pretty regular emails once you've ordered their products, and through one of them, I learned that you're not actually supposed to let your dog gnaw their toys like bones. When they start honing in and trying to kill the toy, it's best to take the toy away and give them a break from it until they can play with it in a healthy way. Of course, Horace is mostly my mother-in-law's dog and I don't have a ton of say regarding when toys get taken away, so he's been allowed to try to destroy his GroovyToob. Still, no matter how much he gnaws and bites, I haven't seen him make any progress in getting to its center.

Horace also isn't one to bring toys with him anywhere. He'll play with a toy that's presented to him, and when he's bored with it, he'll leave the toy precisely where you gave it to him. That's not the case at all with GroovyToob. When he gets distracted by something going on in a different room, he'll actually pick up the toy and bring it with him, whether that's down the stairs or even outside through the doggy door, and that's a big deal.

However, he's not usually that interested in the toy without a little prompting. When the toy has been dormant on the floor a while, it's like he doesn't remember it squeaks at all, but when you jiggle it or throw it for him, he'll hear it and immediately go into play mode. After a couple of weeks, it's still his go-to toy (and he's a slightly spoiled dog with a lot of toys lying around), and I don't think that's going to change anytime soon. And did I mention that, even after multiple gnawing sessions every day, it's still in one piece, with barely any signs of damage? I love that in a dog toy—and if this one ever does get worn down, we have two more to keep him happy and busy. 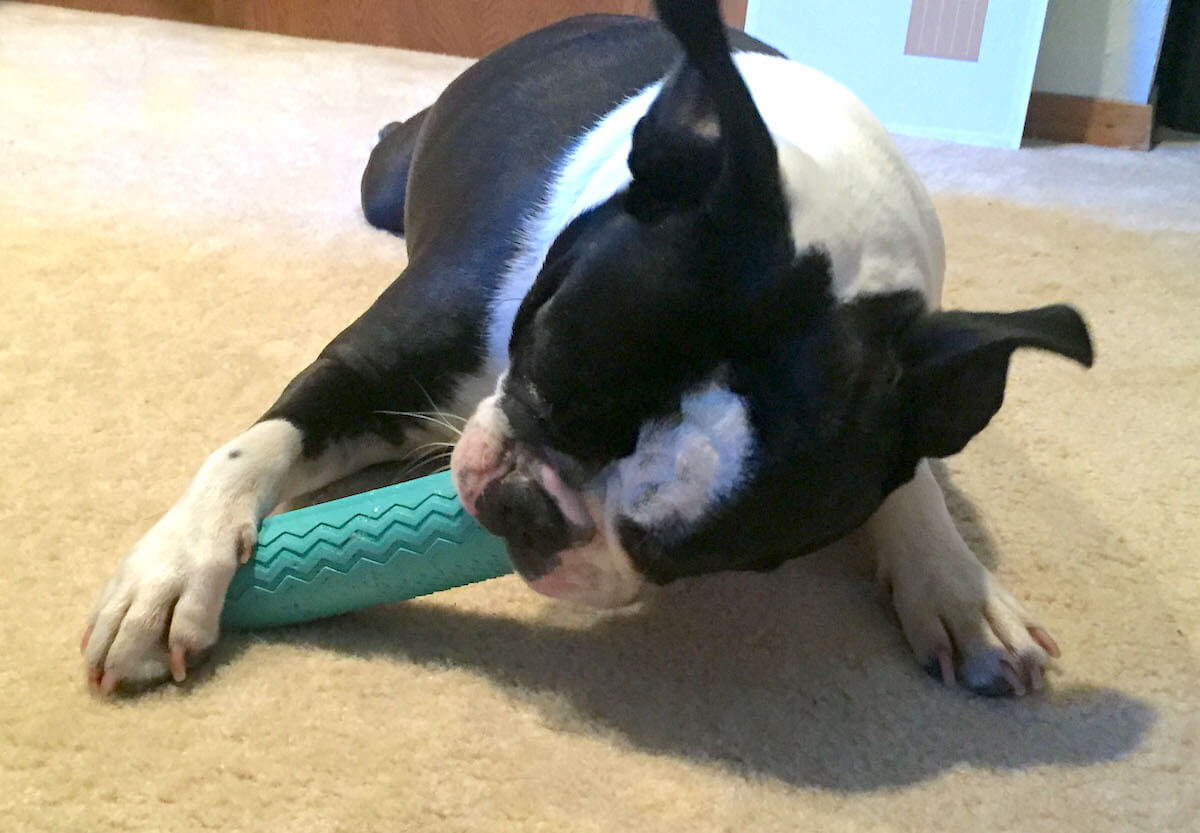 Horace is a very heavy chewer, and I've found that GroovyToob has been the toughest toy he's ever played with. The fact that it's almost silent while making noises that dogs love, and that it's also super sturdy at the same time, makes it an amazing dog toy for any pups that are curious about animals and who enjoy squeaker toys. Maybe your dog won't have the same reaction as Horace, but I think the $25 is worth it—especially when you think about all of the other dog toys you won't have to throw away thanks to GroovyToob.

Love learning more about how to care for your dog? Click HERE for the most valuable pet tips we learned from TikTok vet Dr. Hunter Finn.