Supriya Hobbs is a chemical engineer and the co-founder of Miss Possible, a doll company that aims to encourage and inspire girls through play! 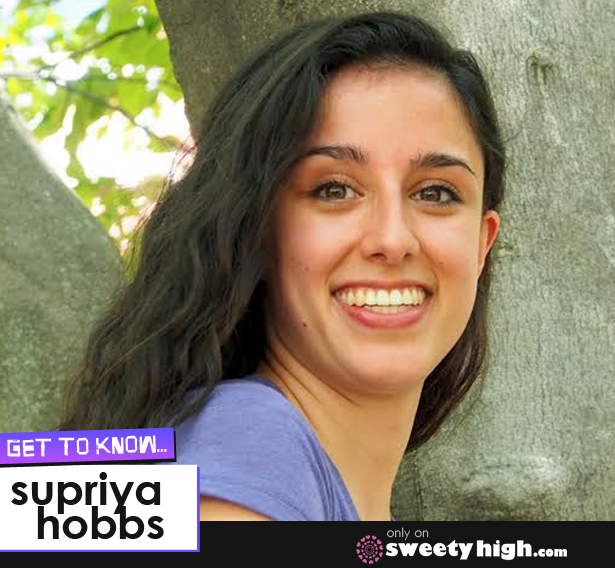 In a recent interview, Supriya spoke to us to discuss how Miss Possible came about, the importance of strong female role models, and changing the face of women in the sciences!

Supriya Hobbs co-founded Miss Possible with Janna Eaves. They met as engineering students at the University of Illinois, where they lived on the same floor in a community tailored to students interested in entrepreneurship.

The two first worked together with the Society of Women Engineers, where they brought science, technology, engineering and math, or STEM, activities to local kids.

After about a year and a half, a mentor recommended that the pair enter a New Venture Competition on campus with a business plan.

"It was really just one evening of brainstorming and combining our interests in hands-on activities, getting girls more engaged in STEM, and entrepreneurship," Supriya said.

The result was Miss Possible, a line of dolls representing important women in history and accompanying apps that are designed to inspire girls and help them develop critical thinking skills.

To make their dream a reality, Supriya and Janna decided to create a campaign on IndieGoGo. But before they could launch this campaign, Miss Possible had to nail down the basics.

They starting by making a campaign video, coming up with images, deciding which dolls to feature and designing their first doll, representing chemist and physicist Marie Curie.

But one of the biggest challenges took place behind-the-scenes as Supriya and Janna sought out developers, designers and more to complete the team.

"My co-founder and I believed in it, so it was easy to see why we would be really excited about it, but then to bring other people in that have skills that our team really needed was a challenge," she said. "It wasn't just about finding them. How do you sell someone on an idea that maybe won't work out?"

Though it was a hard sell, the duo were clearly passionate about the mission, and ended up putting together a great team who shared their enthusiasm.

"It was just unbelievable, because this thing started as a random idea we had in my dorm room," Supriya said. "We thought about it a long time, so now to have the means to actually make it happen is just incredible."

The money will go toward making their first line of Marie Curie dolls.

It's important for Miss Possible to represent women in STEM because girls don't often get to see role models in these areas, but this is also true of other occupations.

"Really, the one parameter is that these need to be women who've made an impact in the world," she said. "You can do that all sorts of ways, not just being a scientist or an engineer. There are journalists on our list, and nurses and entrepreneurs. We plan to include all sorts of different women."

The dolls will also come with an app that will teach girls all about the important woman in question, and will involve them in hands-on activities.

"We want to make sure it's really engaging for kids, so we're being very thorough," Supriya said. "It's an important component because it brings this woman from being sort of a static figure to someone that kids interact with and learn from."

With the Marie Curie doll, girls will be guided through chemistry and physics activities that they can take part in right at home.

"This is really important for confidence building and skill building," she said. "We see that as something not too many other people are doing right now. It's opened up a cool opportunity."

Currently, men greatly outnumber women in the STEM fields. Supriya sees this trend changing, and hopes Miss Possible will push it further in the right direction.

"I think that's historical, but it's going away now," she said. "People are becoming more and more aware that these are issues, and doing something about it."

Miss Possible is currently accepting pre-orders on their website here! Marie Curie dolls will arrive in January of 2015!

Learn more about Miss Possible on their social pages below, and tell us about your own favorite women in history in the comments below and at Sweety High, and stay tuned for more on Miss Possible and the Marie Curie doll, posting tomorrow!