As much as I love the Nintendo Switch's virtual reality modes, enabled by the Nintendo Labo Toy-Con VR Kit, it has a couple of major flaws.

One potentially unavoidable issue is that they're not for those with weak stomachs. I'm able to play The Legend of Zelda: Breath of the Wild in VR for all of three minutes before I'm queasy and have to lie down to recover. The second problem is that the kit doesn't include any kind of strap to fasten it to your head, so you have to hold up the VR set to your face. Maybe this is fine for those used to regular arm workouts, but I can only keep my arms in position for a few minutes before they start to ache and beg for rest.

That's where Sweat Proof Gaming jumped to the rescue. Just weeks after Nintendo's Labo VR was released, the company had developed a convenient DIY kit to convert it into a comfortable wearable headset. Curious, I reached out to the company, and they were kind enough to send me their heat strap for review.

The Comfort Set for Labo VR is designed to transform your Labo VR kit into a comfortable, wearable headset. It consists of just a few pieces and was created with ease in mind, taking only minutes to install or remove, without major tinkering with your existing Labo VR set. The end result is a Labo VR kit that can be strapped directly to your head, hands-free. It costs $13.99 on Sweat Proof Gaming's website. 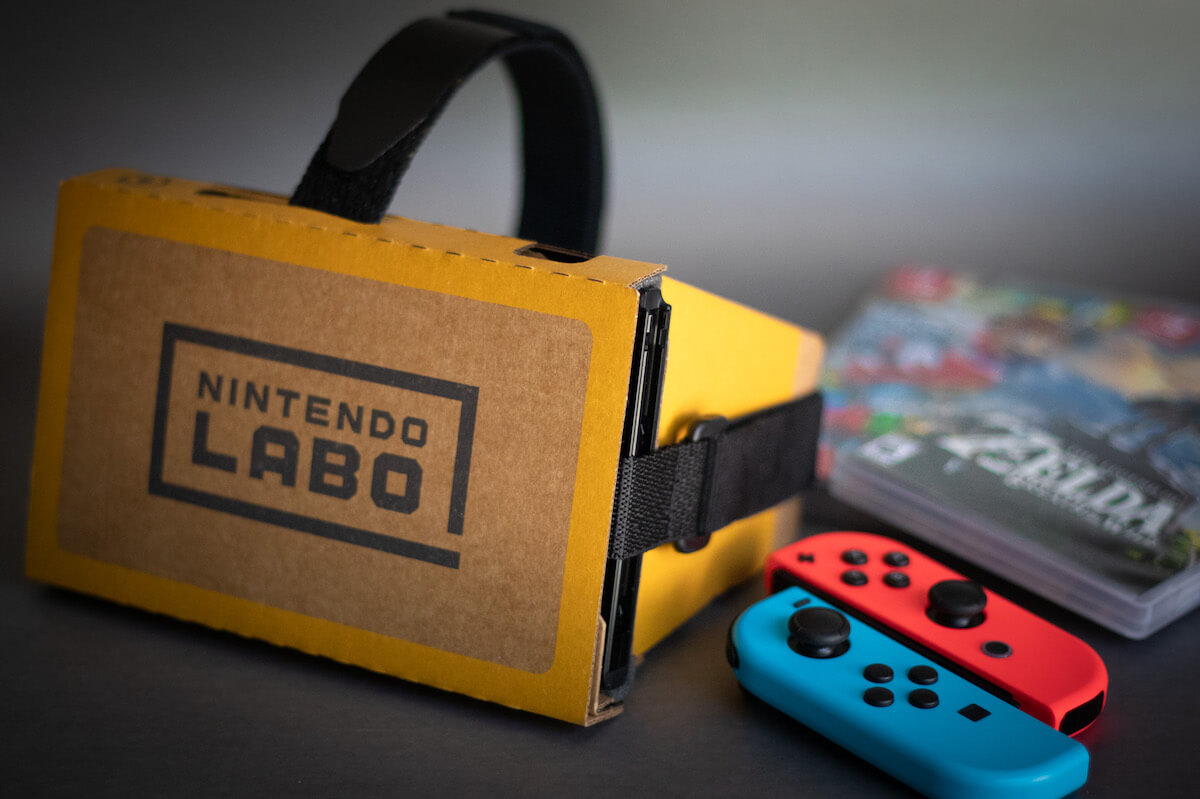 Sweat Proof Gaming wound up sending me two different versions of the Comfort Set for Labo VR. By the time my first set had arrived, the company had iterated yet again on the headset, so I waited until the updated version arrived to finally put it to the test.

When I opened up the package with the component parts inside, I was surprised to see how simple they were. The whole thing consisted of a cross-shaped stretchy strap with velcro ends, a rubber backing piece and a few foam stickers for padding (including a couple of spares, just in case). Sweat Proof Gaming's Blaine Cooper told me that between the initial build and this newer kit, they'd updated this padding to a neoprene foam that was six times the thickness of the original, with a squishier texture for added comfort.

To get building, I simply had to refer to a how-to guide on their website. The first super easy step was applying stickers to my existing headset where the plastic touches the skin. I placed one long neoprene strip across the top of the viewer and two smaller pieces on the bottom, and my Labo VR set instantly looked cushier. 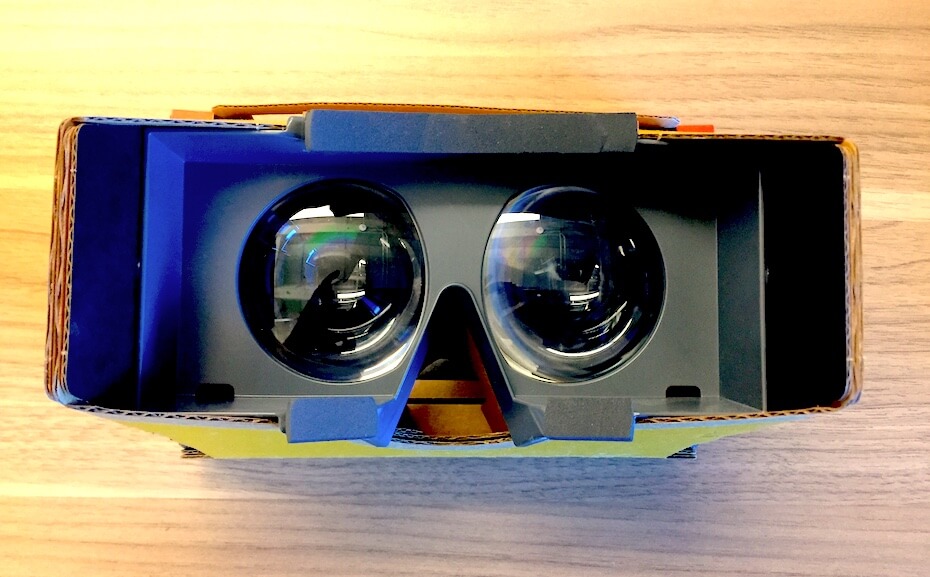 Next, I slid my Nintendo Switch into the headset (sans Joy-Cons) then started opening up the sides of the cardboard set. I was surprised to see how easily these flaps came apart, as if they were designed for frequent opening and re-closing. While other Labo pieces aren't so forgiving and get damaged if you try to remove them once set, this step was a breeze. 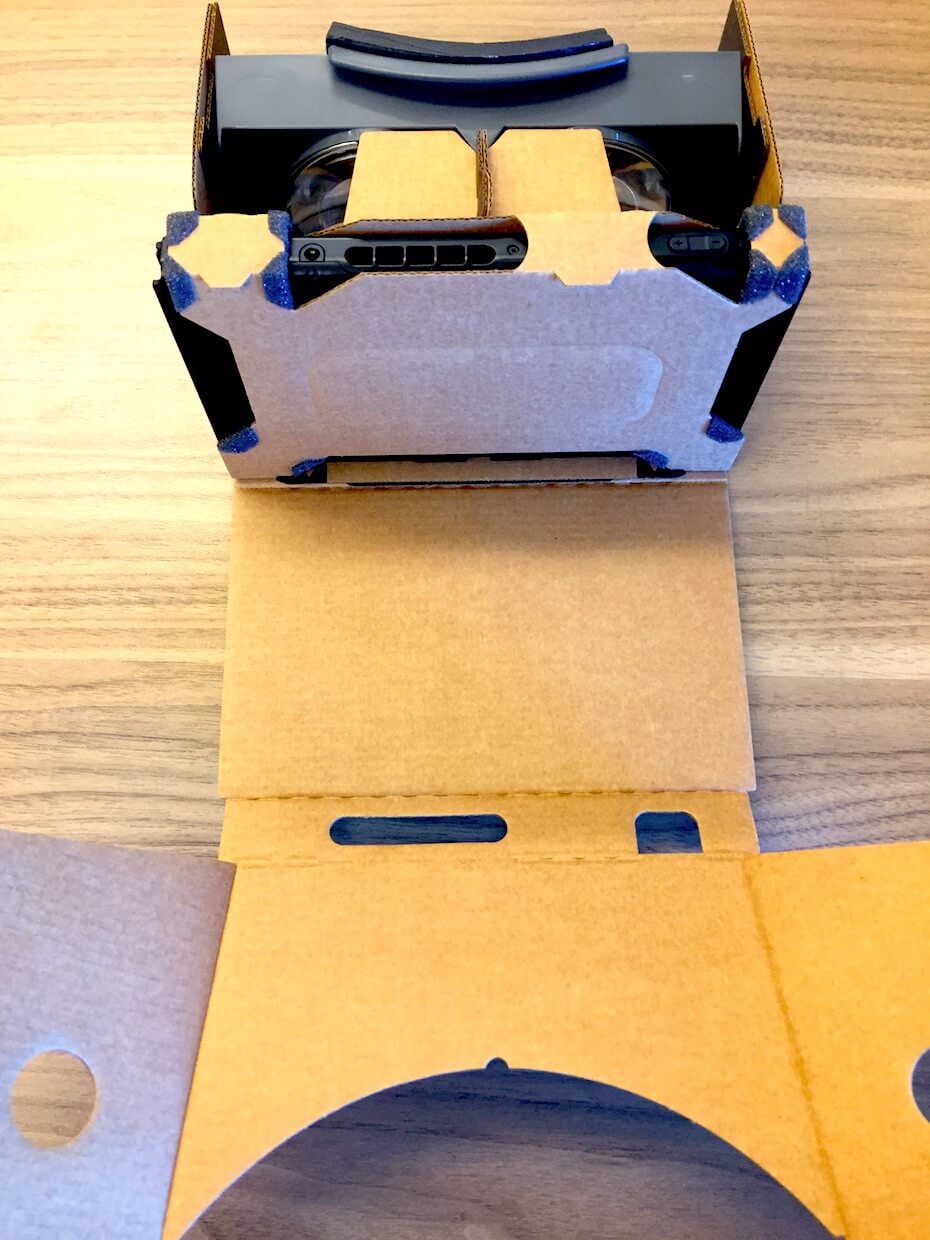 Next, I inserted the strap, tucking the short end under the Switch and splaying out the other three ends. I then brought the longest strap, which was facing out the top, through a vent cutout in the center of the cardboard. Once that was done, I closed the VR set back up and was nearly done creating my headset. 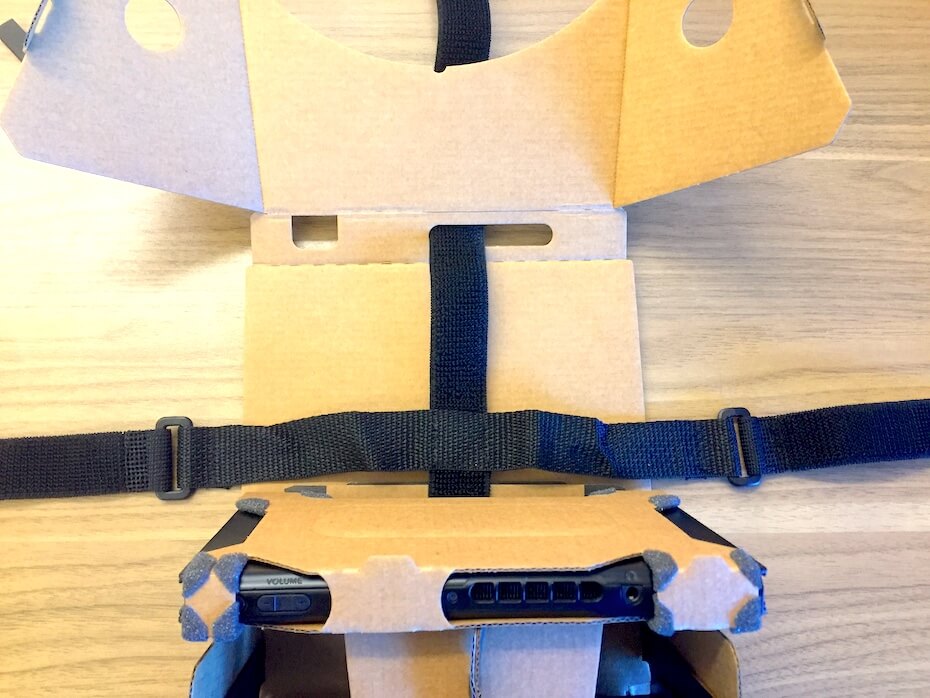 Lastly, I brought the straps around to the eye side of the set and fed each of the three straps through their respective sides of a rubber buckle. Each strap stuck in place with strong velcro, resulting in a wonderfully stretchy headset for the system. Now, all I had to do was to test it out. 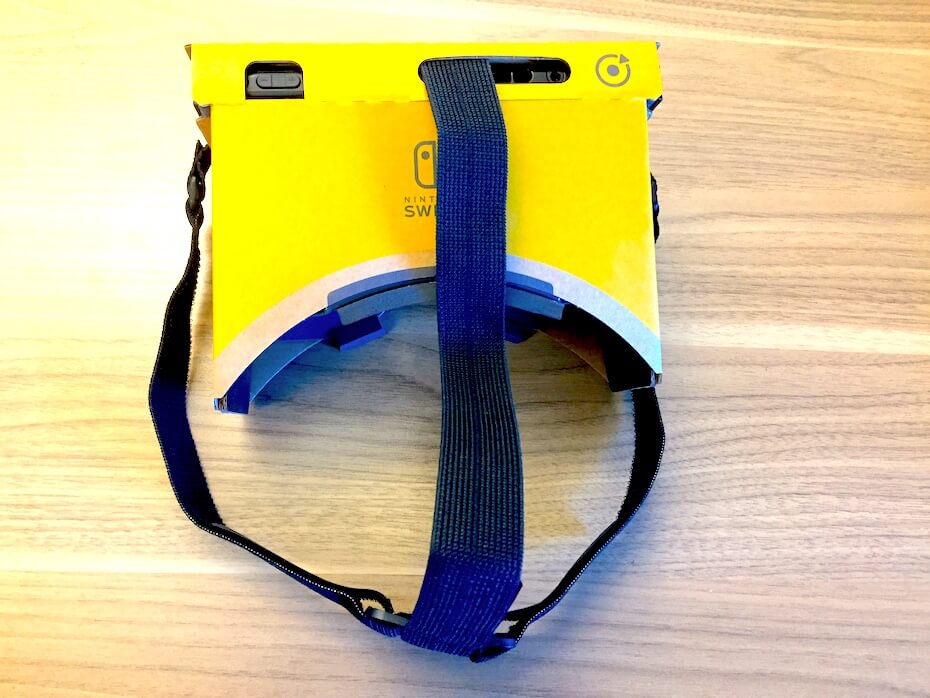 After spending a few moments adjusting the velcro straps for the perfect fit, I donned this new VR headset for the first time. It fit perfectly, with the neoprene cushioning my face nicely. While previous versions of Sweat Proof Gaming's headsets had a hard plastic buckle with a quick release function, they eventually made the right choice in swapping it for a soft rubber piece, because I couldn't even feel it.

Since I hadn't tested out the new VR features of Super Smash Bros. Ultimate, I decided to check that game out with the headset first. Unfortunately, when I booted it up, I discovered that the game only lets you play in VR with the Joy-Cons attached. In an ideal situation, I'd be able to play resting my hands and Joy-Cons near my lap, so I thought this mostly eliminated the benefits of a VR headset. However, I did play in this mode for a little bit, and found that not having to hold the weight of the system in my hands still made it a slightly more enjoyable experience. I was also able to play without any motion sickness, which was welcome.

I had to turn to Breath of the Wild for a true test of this headset. This time, I was able to strap the system to my head and play with the Joy-Cons completely detached. While I felt some of the weight on my head, it never felt uncomfortable, and my arms appreciated not having to remain in position around my face. The game looked and felt great, too. I even felt like I was able to last a little longer before the game made me sick, which was a definite plus. It makes me wish there were more VR options on the Switch, and I'm hopeful that they'll be revealed in the near future.

If you actually use your Nintendo Labo VR set but can't stand how tired your arms get when you use it, this kit is a must-buy. It's inexpensive and ridiculously easy to put together, and the result is a headset that's so solid it seems silly that Nintendo didn't come up with it themselves in the first place.

If you're like me and suffer from virtual reality-related tummy woes, this won't do much to alleviate them, but it does make VR gaming more comfortable and convenient. It's a real shame that Super Smash Bros. Ultimate doesn't really accommodate for it,  because if it did, I could see these headsets flying off the shelves even faster than they already are. If you're even considering getting serious about using VR on the Nintendo Switch, I can't recommend this product more.

If you're still unsure about Labo VR, click HERE to learn more about the VR modes for Super Mario Odyssey and Breath of the Wild.