Are Sweatsuits Making a Comeback?

As someone who grew up in the era of Juicy Couture sweatsuits in the early '00s, seeing this trend make a resurgence made me cringe at first. Let me explain. Back then, celebrities including Paris Hilton and Nicole Richie propelled Juicy Couture (and other related brands) into a mega-fashion craze, and poor parents like mine had to shell out the $100 per piece (top and bottom) for these simple, solid-colored ensembles that were truthfully not that durable or extraordinary. 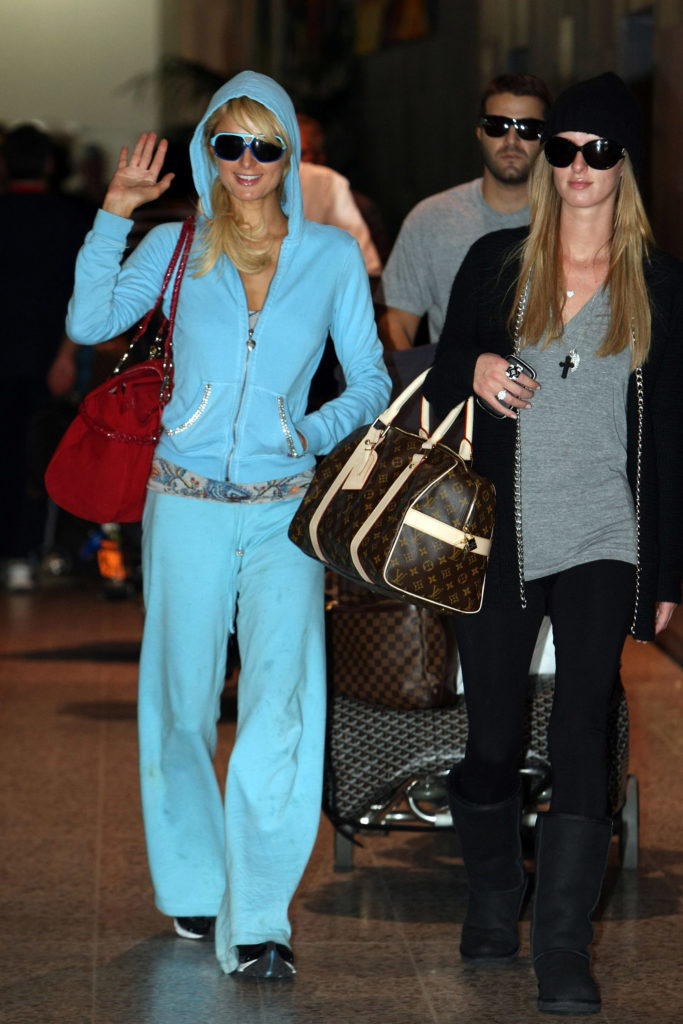 Not only were these sweatsuits ridiculously expensive, but they were typically only worn together as a set, with no shirt underneath, which left your midriff for the world to see. Paired with platform Rocket Dog flip-flops and a full face of cakey makeup, you were ready to face the day. Extra points if you got a pair with "juicy" embellished in diamonds across your butt, or an "heiress" emblem on the back of your zip-up. My, how styles have changed … or have they? ????

It appears these once-coveted and seemingly since-forgotten staples are making a comeback. And in theory, it makes total sense. Athleisure has been trending in fashion for a while now, ushering in a wave of sneakers and sporty outfits. Nike and Adidas are bigger than ever before, and sweats have also seemingly snuck their way into being "fashionable." So, the revival of the sweatsuit is a natural extension of that trend. And after taking a closer look at the sweatsuits populating the stores right now, I'm a tad relieved. The versions I'm seeing come in an array of cool tones like burgundy, sand, and emerald.

Kylie Jenner has been a big proponent of the comeback. And you know the second Kylie wears something, it instantly becomes a trend. We've seen her show off several Juicy-inspired track suits on Instagram, and dare I say, I'm into it?

Or, at least I was into it until this happened.

I don't think I will ever get behind wearing rhinestones across my butt ever again. But as they say, never say never! I'm all for getting cozy so if sweatsuits are cool again, I just might have to give them another shot.

While we're on the topic of trend revivals, if you're feeling the resurgence of the dad hat, you'll want to click HERE!