As one of the stars of The Standoff, there's never going to be a time when we don't love Sydney Park.

She's 100% our type of gal. Her sense of style and positive attitude are just a few things we love about her in particular.

She tells us below about her go-to food, her rad collection and why she was definitely a cat in a past life! 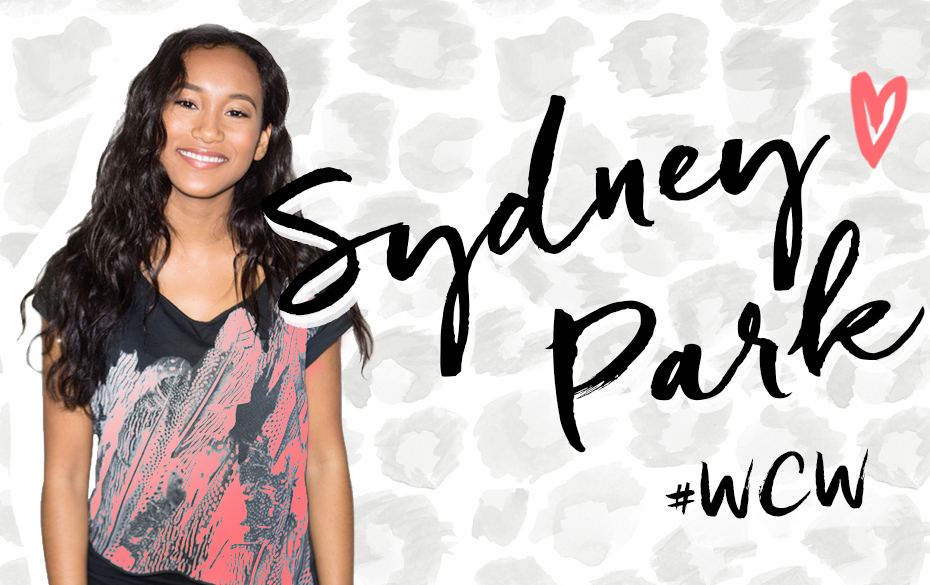 1. It's safe to say that she loves animals—she has five pets. "I have three cats and their names are Frida, Diego, and Chicken," she tells Sweety High. "Then I also have two dogs named Kimchi and Lily." This hilarious pic of her dogs is the kind of quality content we've wanted to see.

2. She collects snow globes from different cities that she visits. You can't have too many in our opinion.

3. She has a few fun talents. "I actually have a 'rubber face' meaning that I can make extremely goofy faces," she says. "I've also been practicing Bikram yoga for about two years now." We totally admire a girl who can get her fitness on and still keep it silly.

4. She loves a variety of foods, but claims that "sushi is my favorite; nigiri and hand rolls in particular." She shows her love for it on Insta on the regular and it is making us hungry, that's for sure.

5. She made her television debut on That's So Raven back in 2006. Catch a young Syndey completely steal the show below!

6. Her spirit animal is a cat. "They can be so playful, independent, fearless, and cuddly all at once," she shared. "I can relate!" We agree, Sydney. This is our mood, always.

7. She wants to travel more, but specifically wants to go ziplining in Hawaii. We have that in common—that is the definition of dream vacation.

We consider Sydney a powerhouse female, but you also can't miss THIS list of powerful females in the Star Wars universe.