A Definitive Ranking of Every Item on Taco Bell's Value Menu

It's hard to go wrong when ordering from this delicious fast food chain. And while it definitely saves money to grab an on-the-go meal from this inexpensive restaurant, it can still take a toll on your bank account after a few trips. That's where the value menu comes in.

But are any of these inexpensive items worth ordering? We certainly think so. Keep scrolling for a definitive ranking of every item of Taco Bell's value menu.

Ah, the cheesy roll-up—a classic Taco Bell option. While it's hard to go wrong with cheese wrapped in a tortilla, this value menu item just isn't that exciting. It's usually reserved for younger children who aren't ready to test their taste buds, which means the overall flavor is pretty bland. A tried and true classic, but just not up to par with everything else on this list. 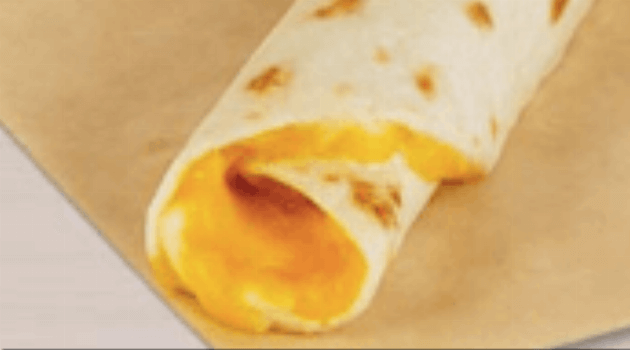 Ugh, we expected so much out of the triple layer nachos. It's hard to mess up chips, beans and cheese, but, unfortunately, the result of this Taco Bell combination just wasn't good. For starters, we're not big fans of the nacho cheese sauce in general, as it drenches the chips and makes them soggy. Adding beans and a red sauce on top of that resulted in a goopy mess that wasn't all that appetizing. We needed less liquid-y sauces or more textures on top, but by themselves the triple layer nachos were deeply unimpressive.

Unfortunately, the spicy potato soft taco didn't live up to our expectations. For one, it's not very spicy at all, which was a bit of a downer. Without the spice, there aren't many flavors going on, making it a little bland and unexciting. The potatoes are undeniably good, but—to put it simply—there are just better things you can order. 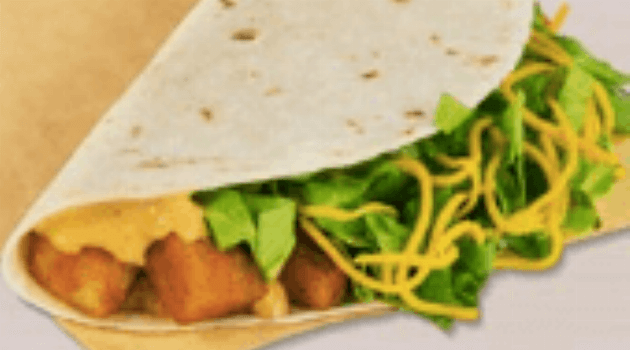 We're all about enjoying some sweet treats, but the Cinnabon Delights are too sugary—even for our well-developed sweet tooth. It probably stems from the fact that they're filled with icing in addition to the sugary toppings. We could feel a cavity forming as we were chewing these little balls of dough, not to mention the fact that our stomachs weren't prepared for all that sugar. Overall, not an awesome experience, but if you're looking for a sugar-filled dessert, they may not be the worst option.

We already know everyone is going to disagree, but we just aren't that crazy about cinnamon twists. They're a perfectly adequate dessert, but they're not impressive enough to deserve the massive amounts of praise heaped upon them over the years. To us, the texture is always a little off, and the flavor is nothing to write home about. Will we eat them? Absolutely. Do we feel like they're the best item Taco Bell provides? No.

When it comes to simple and straightforward Taco Bell items, it doesn't get much better than the cheesy bean and rice burrito. Beans, rice, nacho cheese and a creamy jalapeño sauce are all combined to make one delicious meal. It's a pretty simple flavor, so it's definitely not the best item on the menu. Still, it makes for a perfectly enjoyable meal that doesn't give us much to complain about. 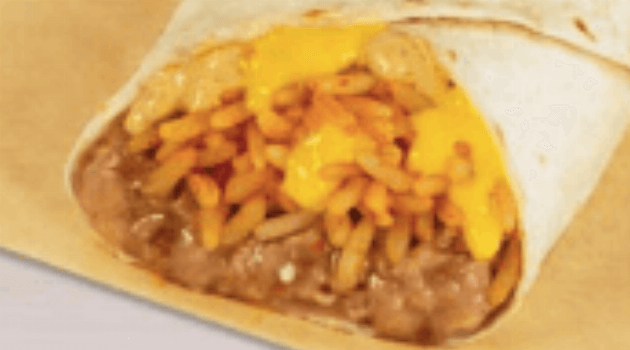 In comparison to McDonald's apple pie, the caramel apple empanada doesn't come close. That being said, it's not a bad option. There's definitely more caramel than apple, but we certainly didn't mind, as it added sweetness and flavor to the dessert. The one drawback is that the insides are often far too hot at the first bite, so preventing a burnt tongue becomes the primary priority when eating this dessert. Once you let it cool down, however, it's actually pretty enjoyable.

The beefy mini quesadilla is the kind of comfort food we expect from Taco Bell. It's melted cheese and seasoned taco beef wrapped in a tortilla—what could go wrong? It still keeps it simple and straightforward, but that doesn't detract from its deliciousness. We could eat one of these any day with no complaints.

Another Taco Bell classic, the spicy tostada is a yummy treat. Although it's a little plain without meat, it's still perfectly delicious. Unlike other items on the menu, it includes lettuce and tomatoes, which gives it a fresher taste. It's definitely not a healthy option, but if you want something that includes a couple nutritious elements, the spicy tostada is the way to go.

Much like the beefy mini quesadilla, the shredded chicken quesadilla is a simple classic. It's higher on the list because we prefer the delicious shredded chicken to the only-slightly-less-delicious ground beef. The chicken has its own unique seasoning, which seems to mix with the melted cheese a little more effectively, creating another truly delicious (and cheap) option. 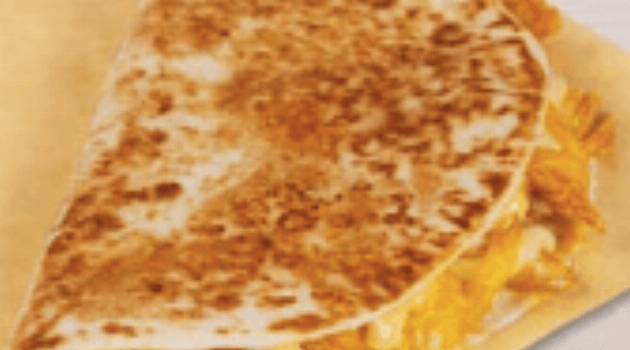 We have to admit, we were a little skeptical about sampling the beefy Fritos burrito. Chips in a burrito? We weren't so sure about that. But boy, did it surpass all our expectations. The Fritos give this burrito a delicious crunchy texture, and the added addition of ground beef really ups the taste of the entire dish. It's truly delicious, and definitely deserving of the top spot on this list.

Want to show of your love for this popular fast food chain? Click HERE for 10 cheesy Instagram captions perfect for all your Taco Bell pics.