Forget the Juice Cleanse! Here's What Happened When I Went on a 7-Day Taco Cleanse

Tacos are my ride or die. I could easily eat them every single day for the rest of my life and never grow tired.

So when I came across the Taco Cleanse during a search for vegan food places for a trip to Austin, Texas, I purchased the book faster than I've ever bought a plate of tacos. 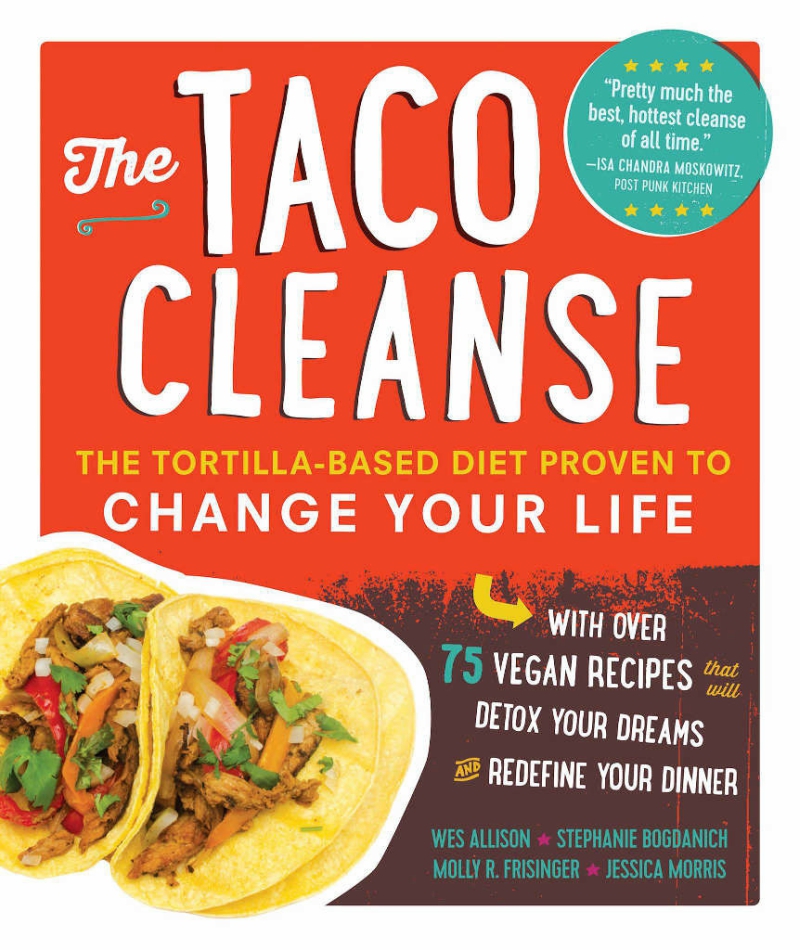 (via The Taco Cleanse)

Before I get into what went down when I tried the cleanse, I'll tell you a little bit about how it works. Basically, it's a wellness diet that requires you to eat nothing but vegan tacos for breakfast, lunch and dinner. The cleanse doesn't claim to help you lose weight, but it does promise to change your life. Well, at least according to the cover.

Sounds easy enough, right? Well, keep on scrolling to see how my time on the cleanse went down. 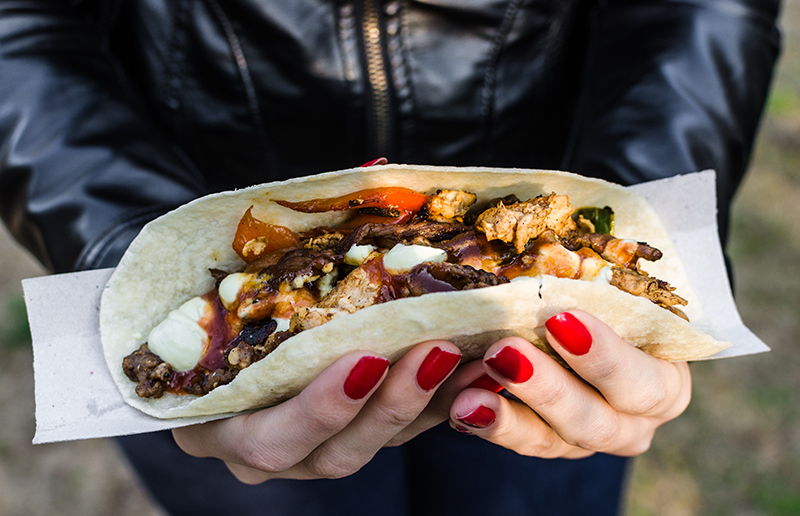 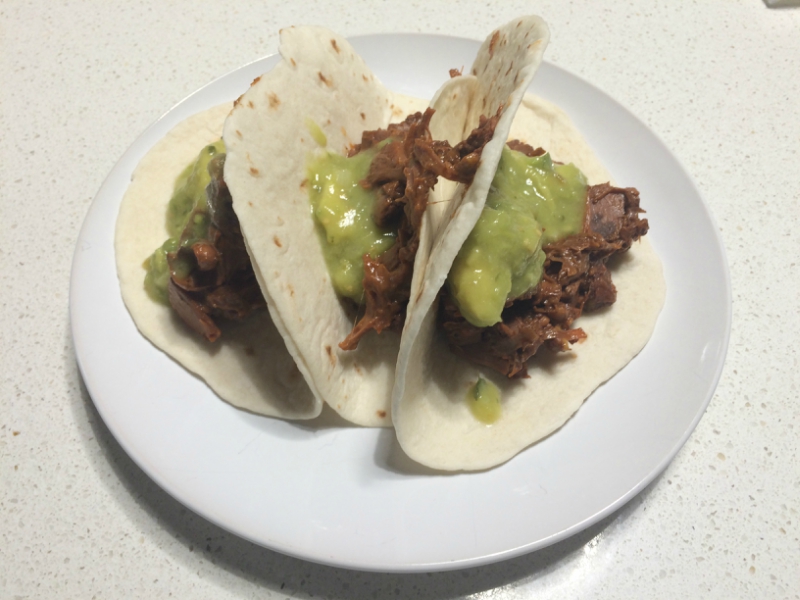 (Those are some Instagram-worthy tacos, if you ask me)

My experience: I didn't exactly set myself up for success on the first day. I decided it'd be a fantastic idea to go grocery shopping at 10 p.m. on a Thursday to collect all the ingredients I'd need for a variety of different taco recipes (ha!). That didn't go according to plan. I ended up purchasing a microwavable tofu scramble and putting that in some store-bought flour tortillas rather than making the scramble by hand… whoops! The same thing happened with the jackfruit brisket—I simply sautéed a frozen bag of it and threw that in a taco with some store-bought guacamole. That being said, I still ate nothing but tacos the entire day. It was relatively easy, especially because I didn't do much cooking. I was still proud of myself for even starting the cleanse, because I am so much more an ideas type of gal rather than an actions person. 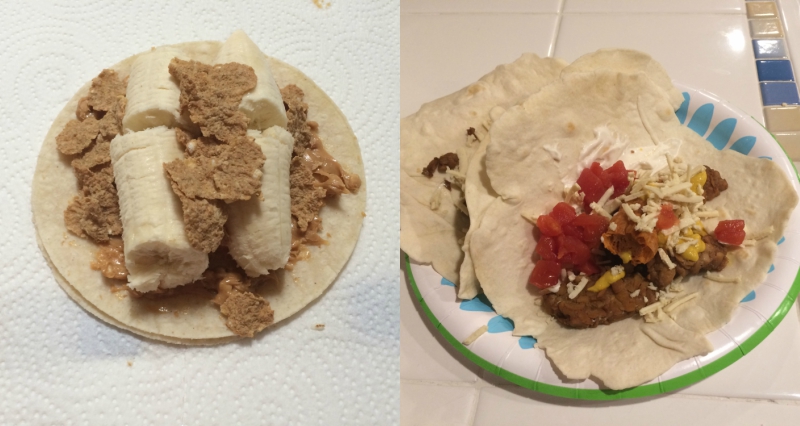 (These tacos are part of a well-balanced diet)

My experience: Disappointed by previous day's commitment to the cleanse, I went full-throttle for day two. I headed to the store bright and early with my extensive list in hand to ensure I purchased everything I'd need to create a couple different types of tacos from the book.

I returned home with my overflowing grocery bags and quickly whipped up the easiest breakfast taco recipe from the book—the Accelerated Breakfast Taco. Because I'm not a breakfast person, I decided that this would be the recipe I'd create for the entirety of the cleanse. It was easy to make—only requiring a tortilla, a glob of peanut butter, a banana and some cereal of my choosing, which was Special K—and tasted delicious.

I then got to work, meal-prepping for some tacos I knew I'd make later in the week. I made my own tartar sauce for some fish tacos following the book's recipe, and then got to work on a batch of bacon tempeh. I'd never cooked tempeh before, so thankfully it wasn't as difficult as I'd expected. I even made some flour tortillas from scratch. No more store-bought tortillas for me!

By the time I finished meal-prepping, I was starving. I decided to make some Elevated Sonoran Hot Dog Tacos because I had just finished the tempeh. I didn't make the vegan hot dogs according to the directions, so they came out a little bit chewier than I would've liked, but they still tasted pretty good amass the tempeh, vegan mayo, mustard, cheese and pico de gallo. I ended up eating two more of these bad boys later in the evening for my dinner.

All in all, day two required a lot of work on my end, but it helped establish a solid foundation for the days following.

My experience: Clearly, this day did not go as planned. I was out and about all day running errands and such. By the time I returned back home, it was already 3 p.m. and I was so plumb tuckered out that I decided to take a nap instead of eating lunch. Not a good move on my part, but days like this happen. 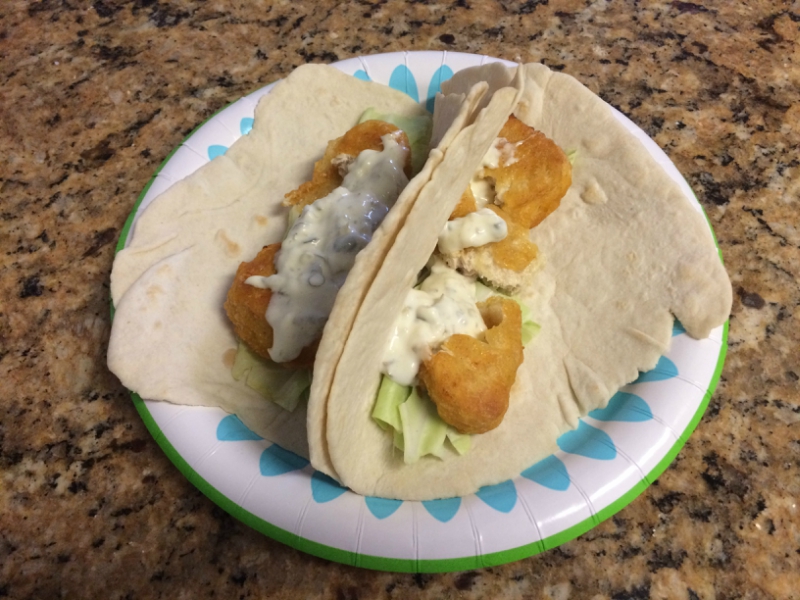 My experience: At this point, one would assume I'd be tired of exclusively eating tacos. Well, you'd be wrong! I must admit that I was kind of over the breakfast taco, but I savored every single bite of the other ones I consumed.

The fish tacos weren't difficult to make. All I did was bake some store-bought vegan fish fillets, lay them in the tacos on some cabbage and doused them in my homemade tartar sauce. Yummy, yummy, yummy—I've got fish in my tummy! Well, not actual fish, but you catch my drift.

My experience: By the fifth day of the cleanse, I was over the breakfast taco. Eating the same thing every morning starts to get old, and I'm not usually hungry in the mornings, so I was just forcing myself to eat it. I still had a grand ol' time whipping up tacos for lunch and dinner though. Sure, they may have been the same fish tacos, but they were so good. I actually found myself looking forward to eating the lunch and dinner I had prepared. 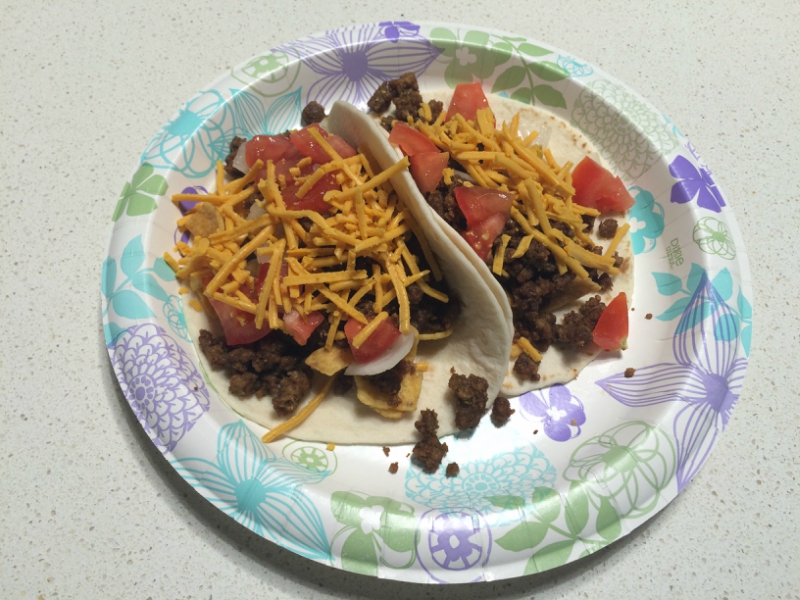 My experience: I gave up on the breakfast taco. It just wasn't my style, and it was sort of just slowing down in the mornings.

This day, I opted to make the Frito Pie Tacos by following the book's recipe. Making the taco meat filling was way easier than I thought it would be, which made me feel a lot less frazzled about throwing together these guys. They were also unbelievably tasty! I was shocked that I cooked something so mouthwatering, considering I've been known to burn water. The Frito Pie Taco 100% takes the cake as my favorite taco from this whole cleanse.???? 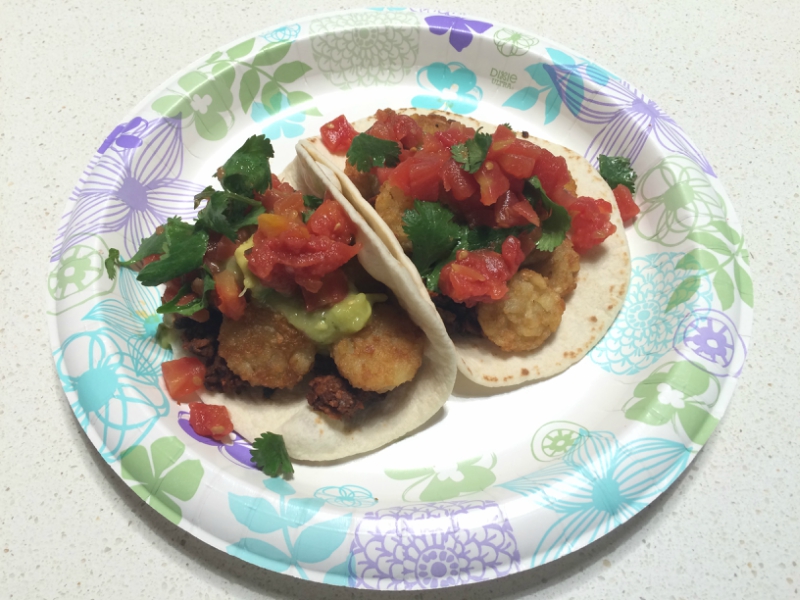 My experience: As you can see, no breakfast taco once again for me, but I did come out swinging for lunch and dinner. These tacos were awesome and not at all hard to make, but they had a lot of contents. It took me about an hour to finish them for lunch. And then 45 minutes to scarf them down for dinner.

Once I finished dinner, I felt rather accomplished. I had completed my cleanse and discovered I wasn't totally hopeless in the kitchen. I still have plenty of tacos and taco fillings left over, so I'll be continuing the cleanse for a little while longer, but definitely not to the extent I was doing it before.

Overall Thoughts About the Taco Cleanse

I definitely started out thinking I wasn't going to be able to do this cleanse right, especially because I'm by no means a chef, but I ended up doing pretty alright.

I'm pretty bad about eating. Sometimes I get busy and focus so much on my work that I forget to eat anything. I'm thankful to this cleanse for forcing me to take a lunch break, because it's not a thing I usually do.

I also noticed that I had more energy and was an all-around happier person. I'm not positive if that was all because of the cleanse, but I believe it was a huge part of the boost in my positivity.

Ultimately, I'd recommend this cleanse to anyone. It's a whole bunch of fun and all you have to do is eat tacos. What's better than that? Plus, it'll teach all you horrible cooks like me that you're actually not as bad of a chef as you think you are. Pick up a copy of The Taco Cleanse HERE and get your cleanse on! 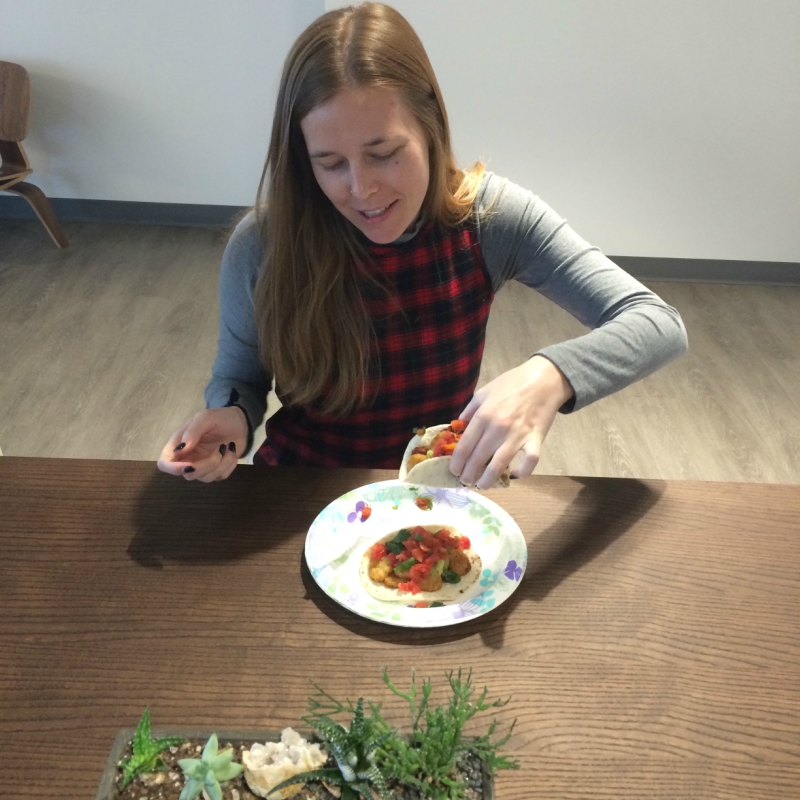 While we're on the subject of tacos, HERE's what it's like to visit Taco Bell's epic test kitchen.