You've probably seen our girl Talitha Bateman around by now.

With roles on shows and movies including The Middle, Hart of Dixie, and The 5th Wave, we thought it was time to bring her higher up on your radar.

She's also set to star in the upcoming film Annabelle 2, releasing next May, and we've learned a little bit more about her as our official #WCW this week. Scroll through to find out what she dished to us about this time! 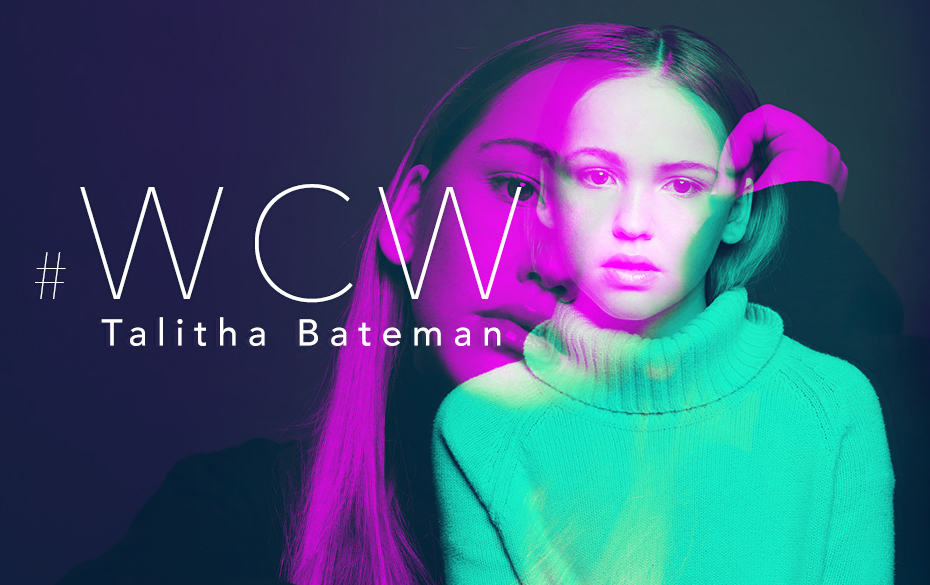 1. As far as pets go, her rabbit Arthur takes the prize for most adorable furry friend. "He is the sweetest, cuddliest bunny you will ever meet," she told Sweety High. After watching the video below, we would also describe him as a little mischievous.

2. Speaking of mischievous, her spirit animal is a fox. She has a lot in common with them including being sly, small and best left alone when angry.

3. She loves uncommon jewelry and collecting fun objects to make into something new. "I collect things to make them into trinkets, like wires, marbles, cool stones and even bottle caps," she said. "I especially like old and unique small objects." She may not have made this one herself, but we can definitely say she has great taste.

I am in love with this artist's works. He hand makes every piece! One day I will wear one. 🙂 Check out his page! @inner_relix

4. Her number one fear is spiders. "Even just mentioning the name freaks me out," she said. Same, Talitha. We would be just fine if we never saw one agai

5. She has eight siblings. That's pretty crazy in itself, but this perfect family portrait also proves holidays must be insanely fun at their house.

Most of the fambam for Christmas! Hoping next Christmas we will all be together! #flashback #family ❤️

6. She's low-key sporty. "Not a lot of people know that I am training in Taekwondo," she said. Any girl who loves to workout and kick butt is a #fiercefemale in our book.

7. She recently supported Saving Our Daughters, an organization dedicated to building up the self esteem of girls and working to stop all forms of bullying.

Thank you @SavingDaughters for letting me come hang out with theses fantastic girls! #savingourcinderellas pic.twitter.com/hm8jeacBJa

Talitha is completely lovable and already brightened our day, but you should also check out THESE eight other ways you can put a smile on someone's face today.