Scottish singer-songwriter Tallia Storm is the new face of Paul Frank and is featured in the brand's new U.K. Pajammin' campaign! 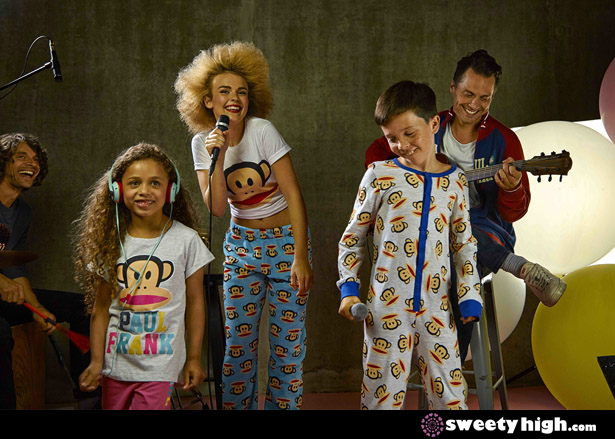 Tallia is part of Paul Frank's latest marketing campaign supporting their sleepwear and back to school collection, which prominently features the signature Paul Frank character, Julius the monkey!

To spread the word, Tallia will also be performing in a series of live acoustic shows. The first show was for CosmoGIRL! Magazine in the Netherlands!

Tallia  also wrote a track called "California" specifically for the campaign, which mentions the Paul Frank brand and is a tribute to the titular home state.

She also recently signed a multi-album deal with Virgin Records and hosted a TEDXTeen event in London on October 11. It's been a busy year for Tallia and we can't wait to see what she'll do next!

Love Tallia Storm? Join our community at Sweety High and check out more stories, plus her amazing new track "California," below!