Actress and singer-songwriter Tate McRae has so much talent that it seems kind of unfair at times.

After winning hearts and making a big name for herself on So You Think You Can Dance, she proved that she can really sing, too. Her debut, self-written song "One Day" was a viral smash about unrequited love that still gets to us almost three years later.

And she didn't stop there. While stuck at home in quarantine, she's been filming and editing music videos for her own incredible songs. She can clearly do anything she sets her mind too, and we're obsessed. Keep reading to find out everything Tate told us about what makes her one-of-a-kind. 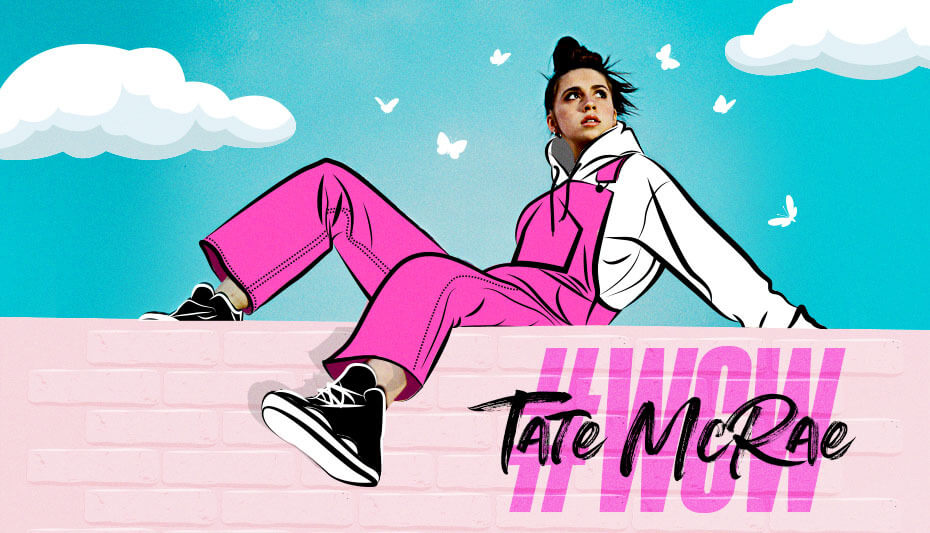 "I think her videos are so sick and definitely some of the best I've ever seen. She is for sure one of my biggest idols."

2. She's terrified of heights, as well as the dark.

"Since I was little, I've never been able to sleep in complete darkness. It's the thought of being completely unaware of what's around you that gives me chills."

"When I'm describing or envisioning things in my head, usually in interviews, I always use the word 'like.' It makes me so mad when I watch them back!"

4. Her favorite thing about herself is her drive.

"I feel like I'm a pretty self-motivated person and am a workhorse when under pressure. I can really get stuff done, and get them done well if I'm in the right headspace."

5. Her biggest crush on a fictional character was on Ian from Nerve, played by Dave Franco.

6. She says her Cancer zodiac sign only describes her in some key ways.

"The traits that I actually have from my zodiac sign are that I'm very intuitive and in touch with people's emotions. However, the rest of the characteristics of a Cancer are kind of opposite of me. I do write a lot of emotional lyrics, but I'm not a very sensitive and emotional person. I honestly have a pretty tough skin when you get to know me."

8. She always wears the same necklace for performances, interviews and videos.

"My mom passed it down to me, and it's definitely my good luck charm for everything."

9. She says she couldn't live without her mascara or lip balm.

"I usually don't wear anything on my face except for bronzer, so mascara is really what finishes the look for me."

"I would want my fans to know that I am super loyal, and no matter what am always there for people I trust and love. It takes a lot to earn my trust but when it's there, I'll stay there through thick and thin."

Obsessed with Tate? Click HERE for the perfect captions to celebrate her as your WCW.