When New Zealand author Tay Marley started writing a little story called The QB Bad Boy and Me on Wattpad in 2017, she never anticipated it would become one of the top stories on the app—and she definitely didn't see a movie deal on the horizon,

A lot has happened in five years, with the story being read more than 30 million times, and a movie adaptation of Tay's high school romance on the way. Even more, the film will star TikTok sensation and soccer star Noah Beck as the titular bad boy quarterback Drayton Lahey—and honestly, the casting couldn't be more perfect. We got the chance to catch up with Tay to learn more about the upcoming movie and so much more.

Sweety High: When you wrote The QB Bad Boy and Me, did you ever imagine the success it might have—let alone that it might be a movie someday?

Tay Marley: Definitely not. It's one of those fine lines between fantasizing such success but not imagining it to be a real possibility. I think most authors look at it in a "wildest dreams" mindset. The opportunities I've experienced from Wattpad have been far too surreal to ever foresee, and I'm so grateful for all of them. 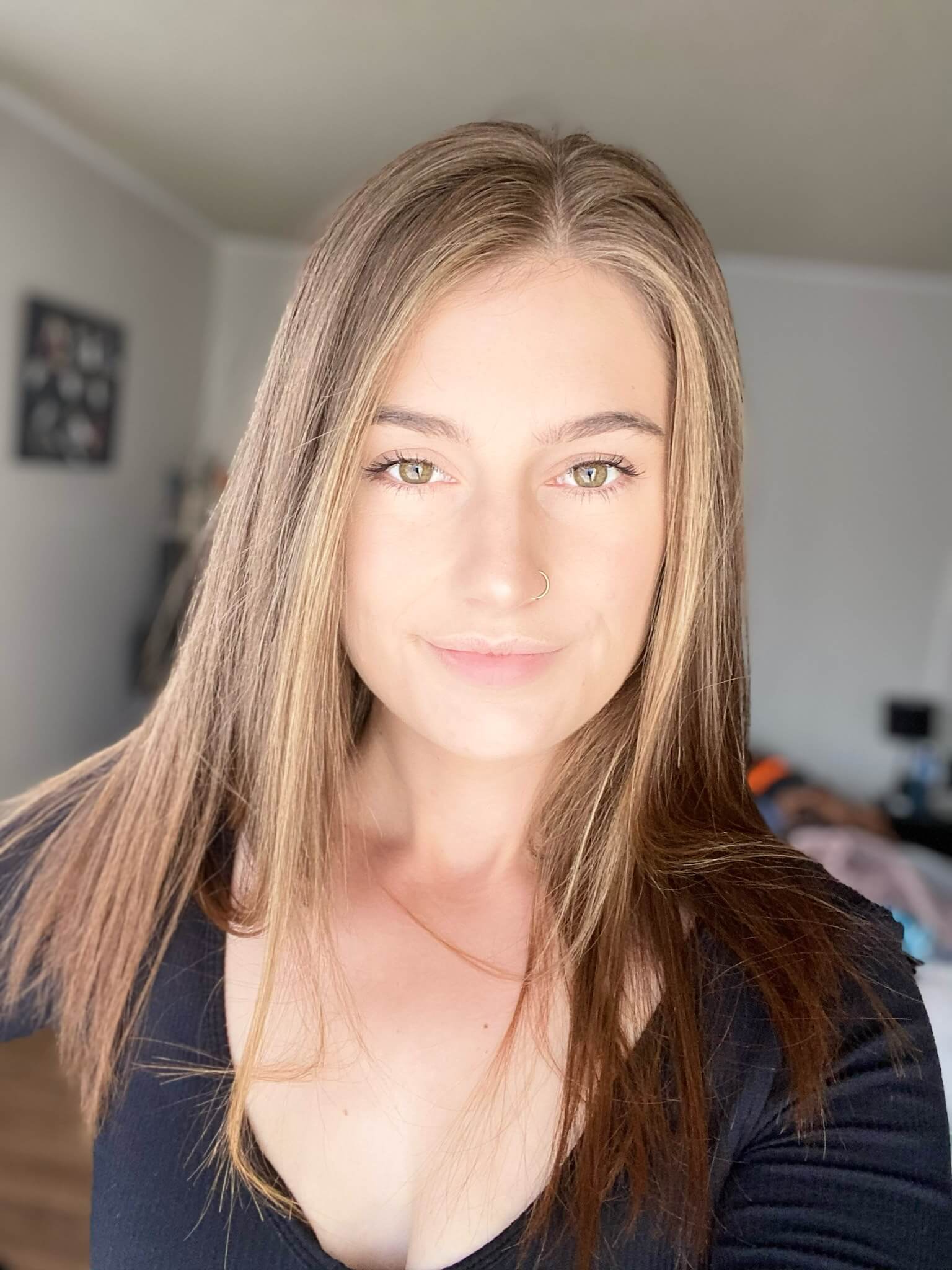 SH: What parts of the book are you most excited to see come to life?

TM: The chemistry between Dallas and Drayton for sure. I adore their dynamic and I can't wait to see how that translates onscreen. I'm looking forward to seeing the away game too and the football and things that make up American high school culture that I've never experienced in person being from New Zealand. It's all so exciting.

Also read about: Ariana Godoy Talks Wattpad Fame and Seeing A Traves de mi Ventana Made Into a Netflix Movie

SH: What about the story do you think has captivated audiences so thoroughly, and why do you think it will translate well as a teen rom-com?

TM: I think it has all the elements of an angsty romance with a male lead who is full of innuendos and cheek, but is so charming and loyal and obsessed with his girl. I think readers love to read about a man who is head over heels for that one woman in his life. Watching that sort of connection is such an experience. We've seen it more and more lately with the rise of YA adaptations coming to life through the surge in their popularity, so I feel confident Dallas and Drayton's dynamic will translate beautifully in a teen rom-com.

SH: Were you involved in the casting process at all?

TM: I wasn't, but I'm happy to let the professionals find our cast. So far I have not been disappointed!

DH: How perfect is Noah Beck's casting as Drayton? How do you think his talents as a footballer will translate to him playing American football for the film?

TM: I can't get enough of telling people how pleased I am with his casting. I think Noah has the demeanor, charm and wit to pull off this character so well. He's confident and sweet, and already embodies so much of who Drayton is. Plus, his athletic experience can only be a bonus in terms of portraying a football star. I'm so confident in his ability to nail this role.

Also read about: Get To Know Author Julia Spiro and Her New Book, Full

SH: Are there any other details you can reveal about the movie and its cast?

TM: It's set to begin production this fall, and that's really all I can say at the moment. You can follow me on Instagram, @tayxwriter to follow the news, as I post any updates there as soon as I'm allowed to.

TM: Dreams do come true. Wattpad has been monumental to my success. I owe my career to them at this point and if anyone else out there is on the fence about writing online or not sure if they have what it takes, please, create an account, explore the many genres and tropes offered there. There's something for everyone on Wattpad and if I was able to come this far, so can you!

For an even deeper dive into the story, click HERE to read our 2019 interview with Tay on writing The QB Bad Boy and Me, the appeal of American high school culture and so much more.