What You Need To Know About ViolinTay's Taylor Davis

Violinist and composer Taylor Davis is best known for her viral YouTube channel, ViolinTay, featuring stunning violin covers of video game and movie music, plus her own fabulous original compositions. In a recent interview with Taylor, she revealed some of her favorite things in the world and the path that led her to YouTube stardom.

What emoji describes you best?

I don't take myself too seriously and I'm generally always laughing and smiling about things, so I'd have to go with the eyes shut, wide open smile emoji. I just looked and it's actually my most used one!

If I'm reading for pleasure these days I usually read blogs/newspapers/business books, so not necessarily things that I would read more than once. When I was younger though I was absolutely obsessed with the book The Call of the Wild by Jack London and I read that a ton.

I love putting peanut butter on pretty much everything. There's really nothing better than warm and melted peanut butter, so if I'm not in the mood to put it on toast, I have been known on occasion to open the door to the toaster oven and pop in a spoon full of peanut butter and hold it there while it warms up and then I'll eat it straight off the spoon or dunk potato chips in it haha!

The Indiana Jones theme song, specifically the 5 minute long march (from Raiders of the Lost Ark) version. It's so upbeat and adventurous sounding, changes into a really lovely romantic middle section, then ends feeling epic and triumphant. I never get tired of listening to it.

What fictional character do you totally identify with?

I really love Katniss Everdeen and the way Jennifer Lawrence portrays her in The Hunger Games movie series. I sadly can't think of a lot of female characters out there like Katniss who realistically portray what a strong female is like. She is extremely capable and able to make hard choices in order to survive but she also feels real emotions and empathizes with what's going on around her in a way that I think is true to how a real girl would feel in her position. I can really appreciate her sense of trying to do the right thing in a tough situation and being strong enough to take a stand for what's right. It's really nice to see a strong female like her not defined by her gender but by her awesome abilities and personal qualities!

I'm glad I looked through it because there were some things in there that definitely didn't belong anymore! Namely a "PayPal Here" credit card swiper that I used at my last live show back in September. I guess it doesn't hurt to be prepared to make random merchandise transactions at any moment while out and about!

A wolf. I consider myself to be a very loyal person especially with the people I'm really close with. I'm pretty careful about who I let into the pack, but once you're there you're there for life!

I really love 2Cellos' YouTube channel. They're amazing musicians and their videos are extremely entertaining to watch. Sometimes they do a really light-hearted and silly video and other times they do something really intense or inspiring. There's a wide range of content on their channel and they upload regularly so it's always fun to see what new thing they come up with next.

I remember being completely captivated by Indiana Jones and The Last Crusade, and that's probably still my all time favorite movie to this day. I love the characters and the acting is great, the music by one of my favorite composers, John Williams, is so amazing and the story is really neat. My dad loves Indiana Jones as well so we still have a lot of fun watching it together as a family. 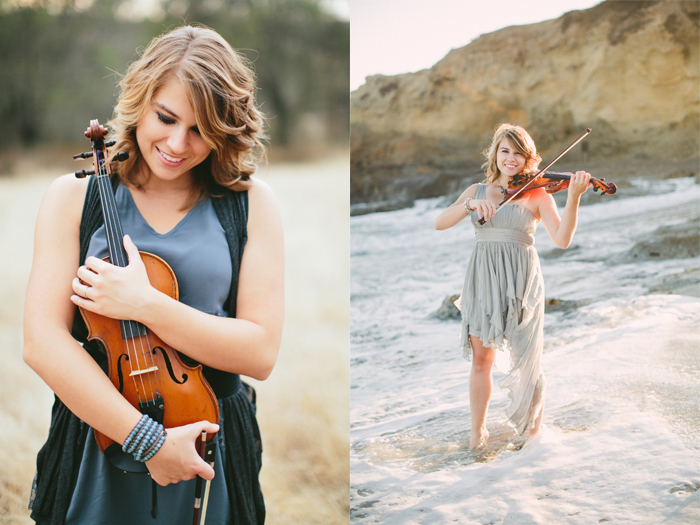 Can you tell me about how you got started playing violin?

I was sitting in an elementary all-school Christmas assembly when I was in 1st grade and a young girl got up on stage and started playing "Silent Night"" on the violin. I had never thought about playing a musical instrument before but watching this girl on stage really captured my attention and I just remember wanting to try the violin so much after I watched her perform. I went home and begged my parents to let me try it out and thankfully they agreed!

I really didn't ever expect to put myself on YouTube since I used to be very shy about putting myself out there, so it's still pretty shocking to me looking back that I actually recorded myself and put up those early videos! I had graduated from college and didn't plan on continuing with a career in music since I had only minored in violin performance for a scholarship, and I felt really sad when I started thinking about how music might not continue to be a central part of my life after graduating, since I was going to go out into the business world and get a normal desk job. I just figured, why not just put myself out there playing my favorite type of music and see what might come of it. That was over 5 years ago now and I never dreamed that it would turn into this. I just feel incredibly grateful to be where I am right now and to have the opportunity to be doing something I truly love. 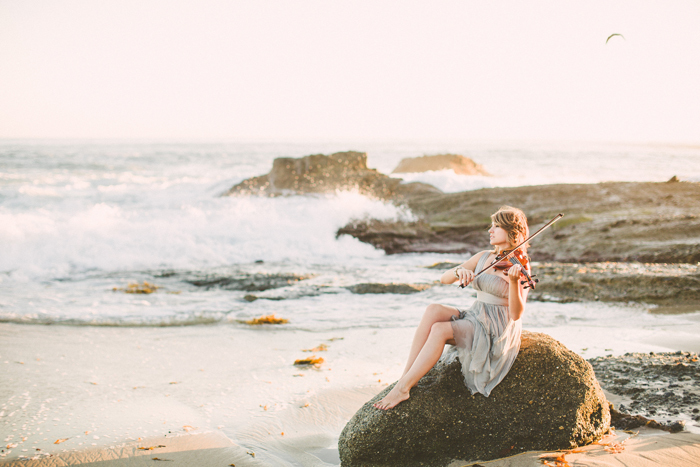 Who are you biggest influences as a violinist?

It's hard to name them all, but Itzhak Perlman is really high up there in terms of being an incredible violinist who I've always looked up to. He doesn't perform the same type of music that I do and he's much more classically focused but he's just such an amazing violinist. I had the privilege of sitting in on a master class where he conducted a youth orchestra I was involved with when I was in high school and, besides being a world-class musician, he's also just an extremely nice, down to earth and approachable person. I really appreciate people who are so accomplished and could be full of themselves but instead are just totally humble. I also am really inspired by Vanessa Mae and David Garrett, who are awesome classical-crossover violinists.

Video game soundtracks have been hugely influential to me. I am actually a big gamer nerd and I probably spent more time playing video games growing up than playing my violin so I am very familiar with what else is out there that I still want to cover! I recently started playing The Witcher 3 and that game has some incredible music but I'm not completely sure as to how well it would translate into a violin arrangement for one of my music videos yet. I guess I'll just have to do some more research by playing more of the game. 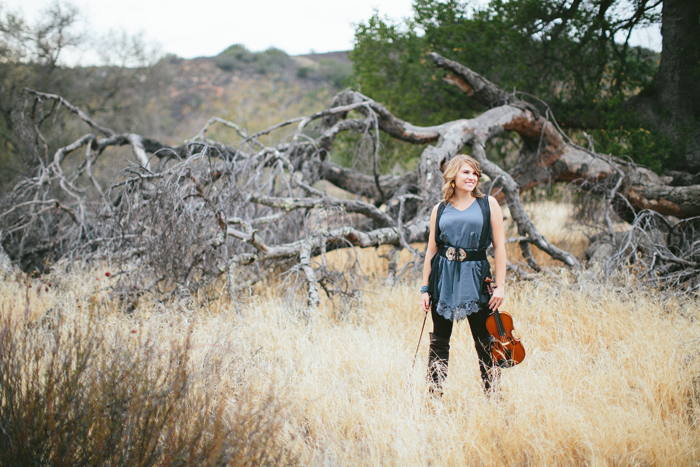 How do you get the inspiration for your original compositions?

I like to create music that makes people feel something emotionally and takes them on a journey somewhere. Since I'm such a fan of video games, anime and fantasy in general, I like my songs to evoke a sense of adventure. Sometimes I write with a specific feeling and emotion in mind but mostly I just want the song to make you feel inspired in some way. A lot of people have very different reactions to my songs and feel completely different emotions when listening to them than I feel when listening to them. I think that's what is so powerful about music; you can be listening to the same song as someone else but it will speak to you in a unique way.

Anything we can look forward to in the near future?

I plan to keep on posting more music videos on my YouTube channel and I have a lot of fun plans for new original music videos later this year that I'm currently in the planning process for so you can look forward to those. In addition to the new videos I'm going on tour this fall all across the U.S. so I'm incredibly excited about that and can't wait to meet people at my shows! I also want to let my European fans know that they should expect an exciting announcement some time this fall.

Just a huge thank you to all of my fans out there who have been supporting what I've been doing over the last 5 years and I can't wait to see some of you out on my tour this fall!

If you love Taylor Davis, be sure to share your thoughts in the comments below! You can also click here to check out Taylor Davis's tour website to keep up with dates and more!