Here's the Candle You Should Burn, Based on Your Favorite Song From Taylor Swift's Midnights

In no time at all, Taylor Swift's Midnights has become the biggest album of the decade—and for good reason.

Midnights' 13 tracks—20 if you're counting the 3 am bonus songs—are Taylor at her darkest and most honest and biting yet, and that edge is clearly resonating with fans around the globe. If you've been listening to it nonstop for the last couple of weeks, chances are you have a favorite song on the album—and we've picked the perfect candle for you to burn based on your pick.

Not just any lavender-scented candle would do to capture the triumphantly lovey-dovey feel of the opening track, "Lavender Haze," but P.F. Candle Co.'s Ojai Lavender candle is something special. It's reminiscent of hazy sunsets and romance, blending lavender with citrus and mint for a calming, dreamy scent. 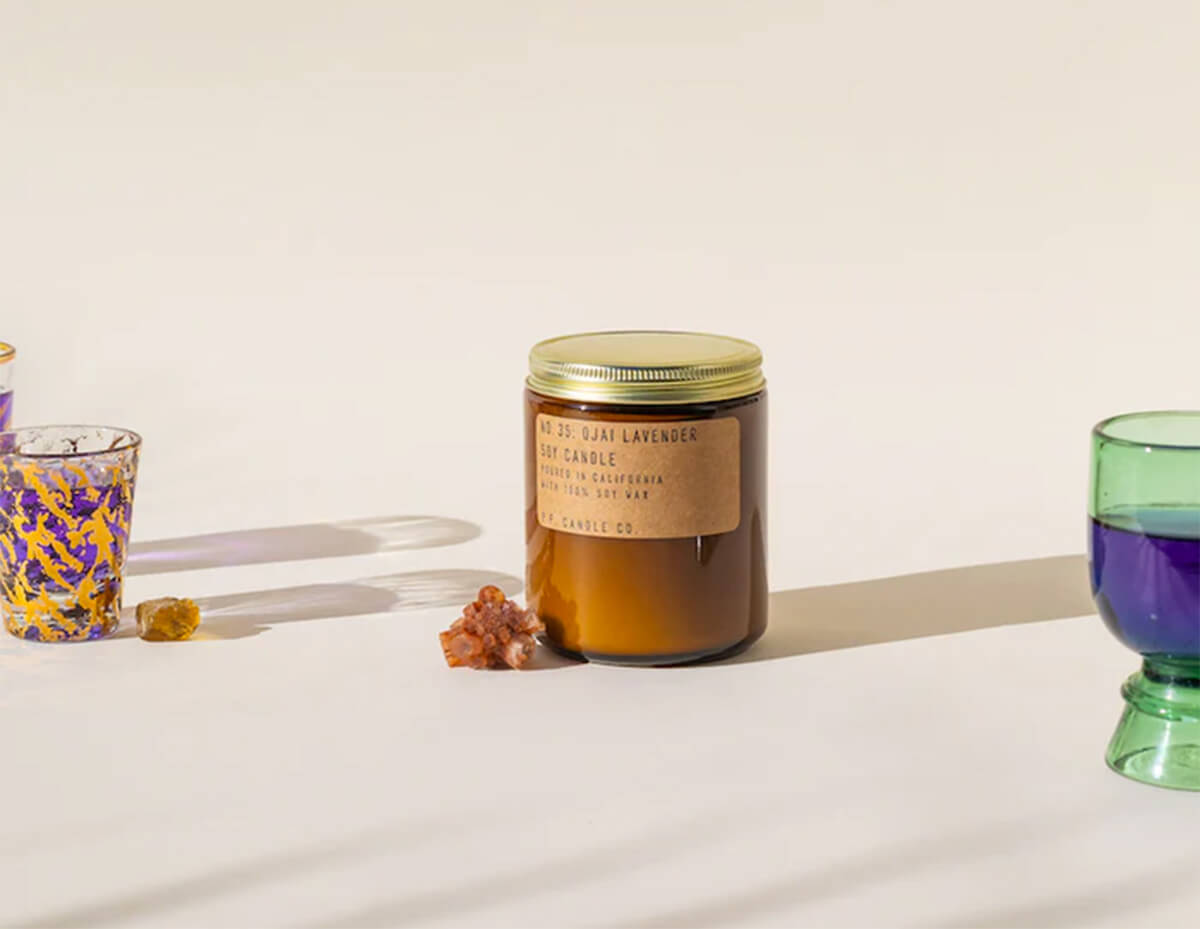 For "Maroon," we, of course, had to pick a candle with a bold maroon color, but it also had to represent this more mature and honest shade of "Red" described on the track. This Root Chakra Candle from DW Home is perfect because the root chakra has to do with grounding and stability, much like the kind of long-lasting love described in the song. Even as the red hues shift, that warm sense of security and devotion never fades—and the vibrant tropical fruit scent of the candle is gorgeous, too. 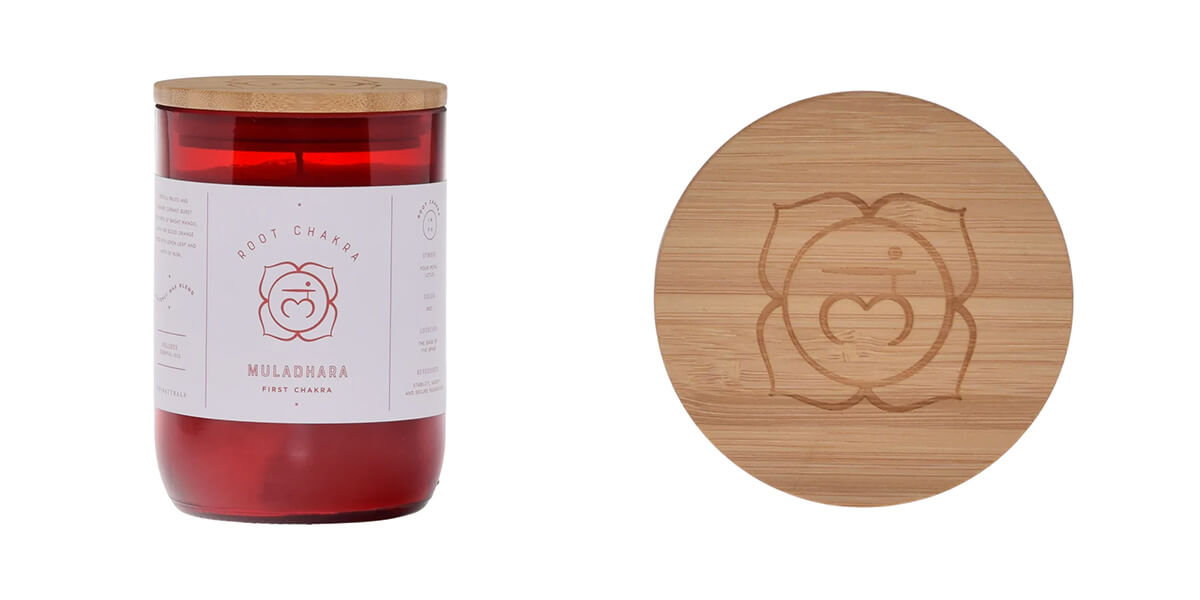 If your favorite Midnights bop is "Anti-Hero," chances are that you've also felt like you're "the problem" at various points in your life. We think this POV: You're the Villain Candle from the Academy Museum Store sums up the feeling nicely, and with its earthy and floral notes of tobacco, dirt and rose, it creates the perfect backdrop for your next anti-heroic act. 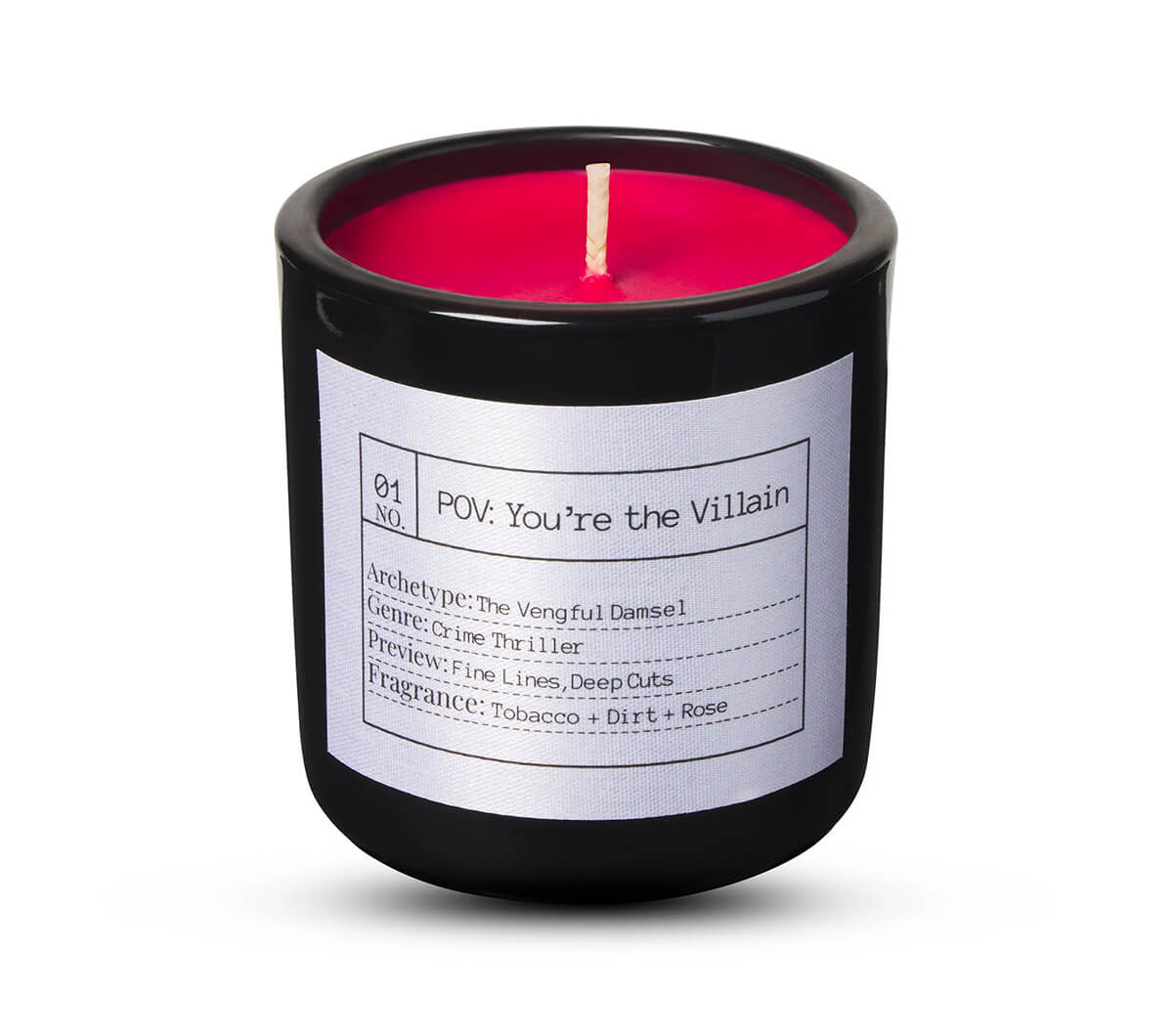 "Snow on the Beach" is a favorite track of romantics everywhere, and to fit the internal glow and "aurora borealis green" described on the track, we picked this Nordyls Northern Lights Candle from Trouva. The scent is designed to capture that arctic, otherworldly feel of the aurora borealis, with notes of strawberry, rose and mint, and the painted glass container is so stunning you'll definitely want to repurpose it for later. 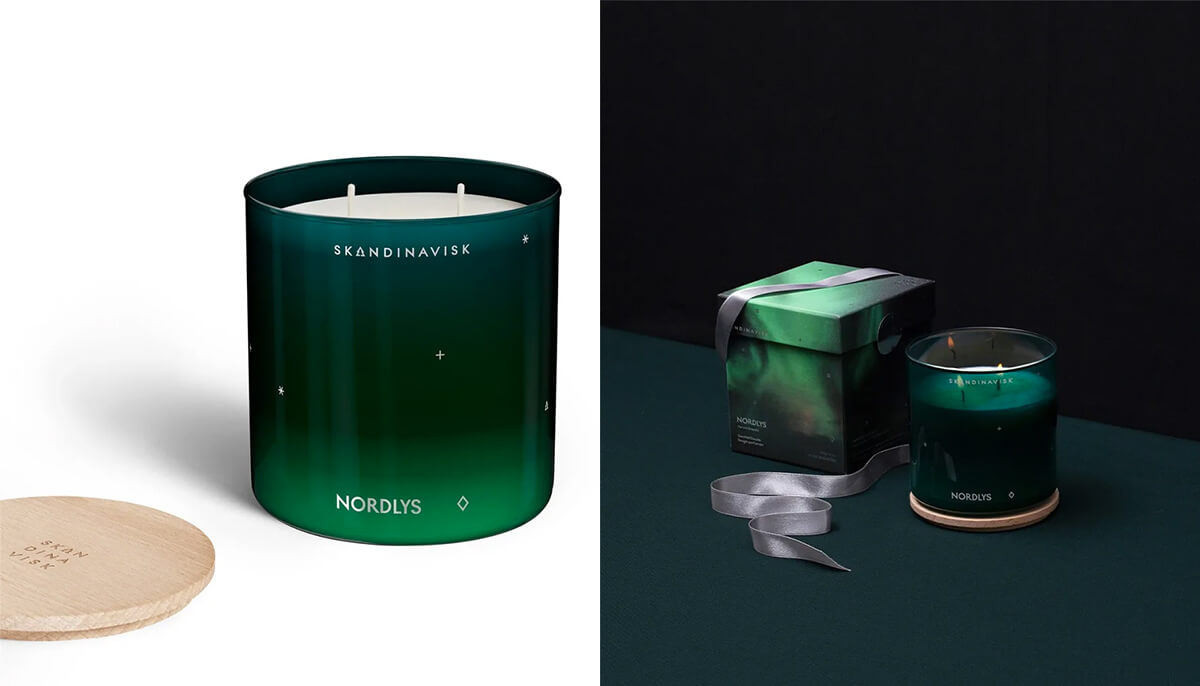 Also read about: 17 Taylor Swift Lyrics as IG Captions for All Your Birthday-Related Posts

We love the evocative lyricism of "You're on Your Own, Kid," from cigarette smoke and fireplace ashes to burning bridges. It's definitely a fiery track, which is why title of work's No. 2 Dirty Fire Candle is such a great fit. It combines the scents of smoke and incense, layered with saffron, to smell like the world is on fire—in a good way. 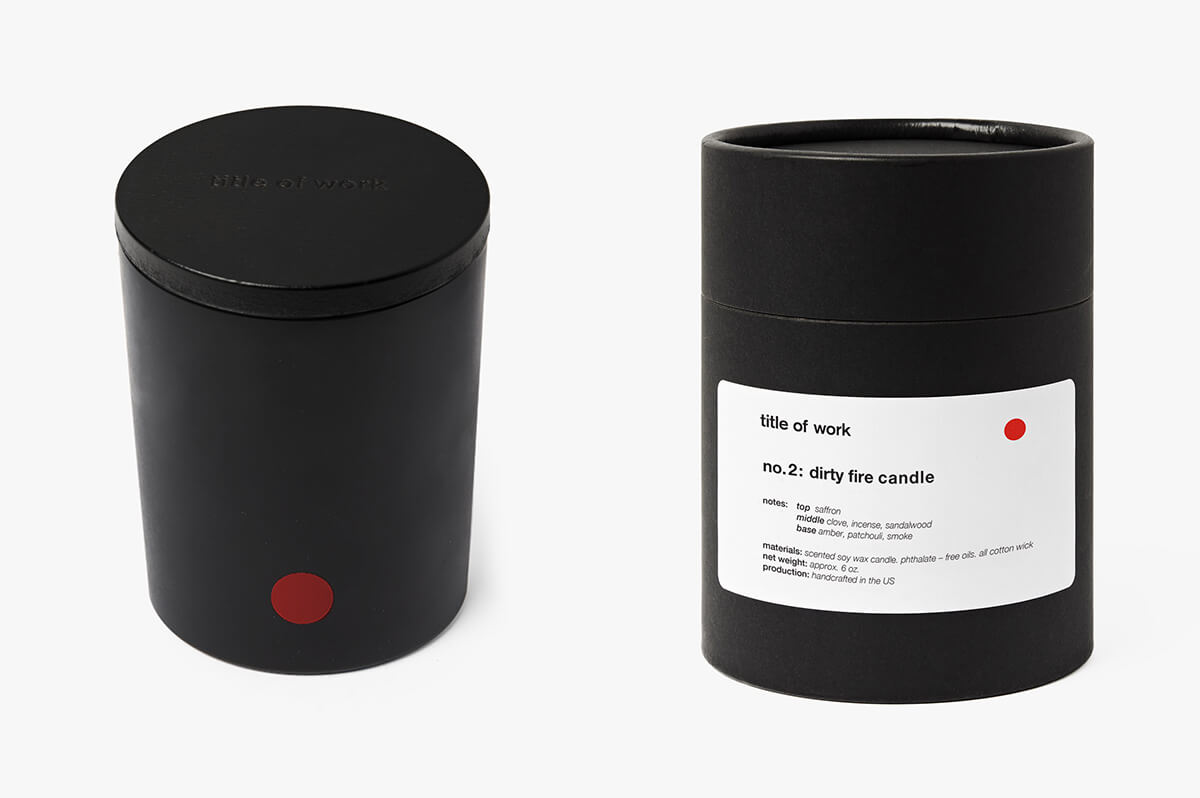 (via title of work)

"Midnight Rain" is a dreamy track about leaving someone behind in order to focus on and define yourself, and Anecdote Candles' Midnight Moonlight Candle doesn't just have "Midnight," in the name, but also a perfectly suited scent. It gives off a wintery blend of plum, sandalwood and vanilla to let go of the old and ring in the new, like a resolution to move forward and forget the past. 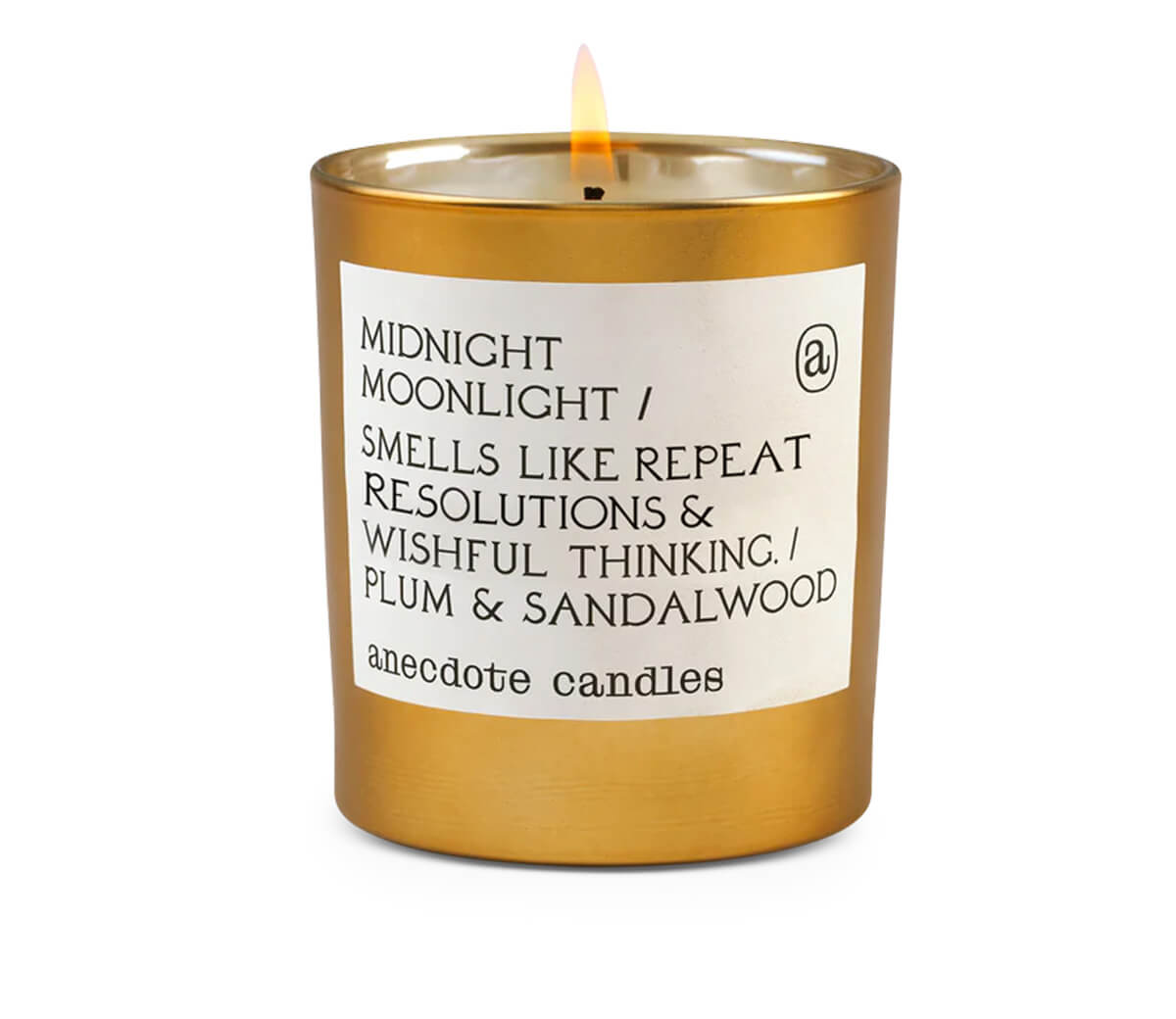 Chances are that if your favorite song is "Question…?" then you, too, are seeking a little closure regarding your past relationships. This Summer's Night Candle from Sand + Fog doesn't just represent the type of night that's brought up repeatedly throughout the song, but its color will also get you swept up in the grey while treating you to notes of citrus, jasmine and mint. It won't answer your most burning questions, but it will smell marvelous. 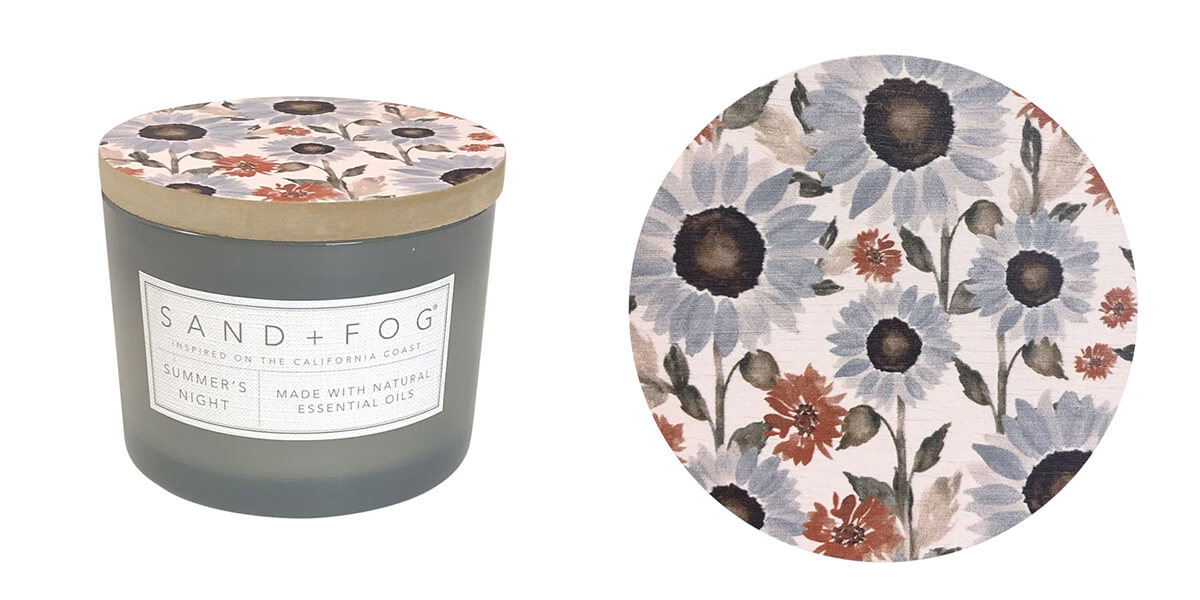 Lovers of "Vigilante S***" know a thing or two about getting back at those who've wronged them, so it's obvious their candle would have to be scented with revenge. This Sweetest Revenge Candle from The Currie Collection certainly is sweet, blending summer melon, fruit and vanilla to make us all feel that our actions are justified. 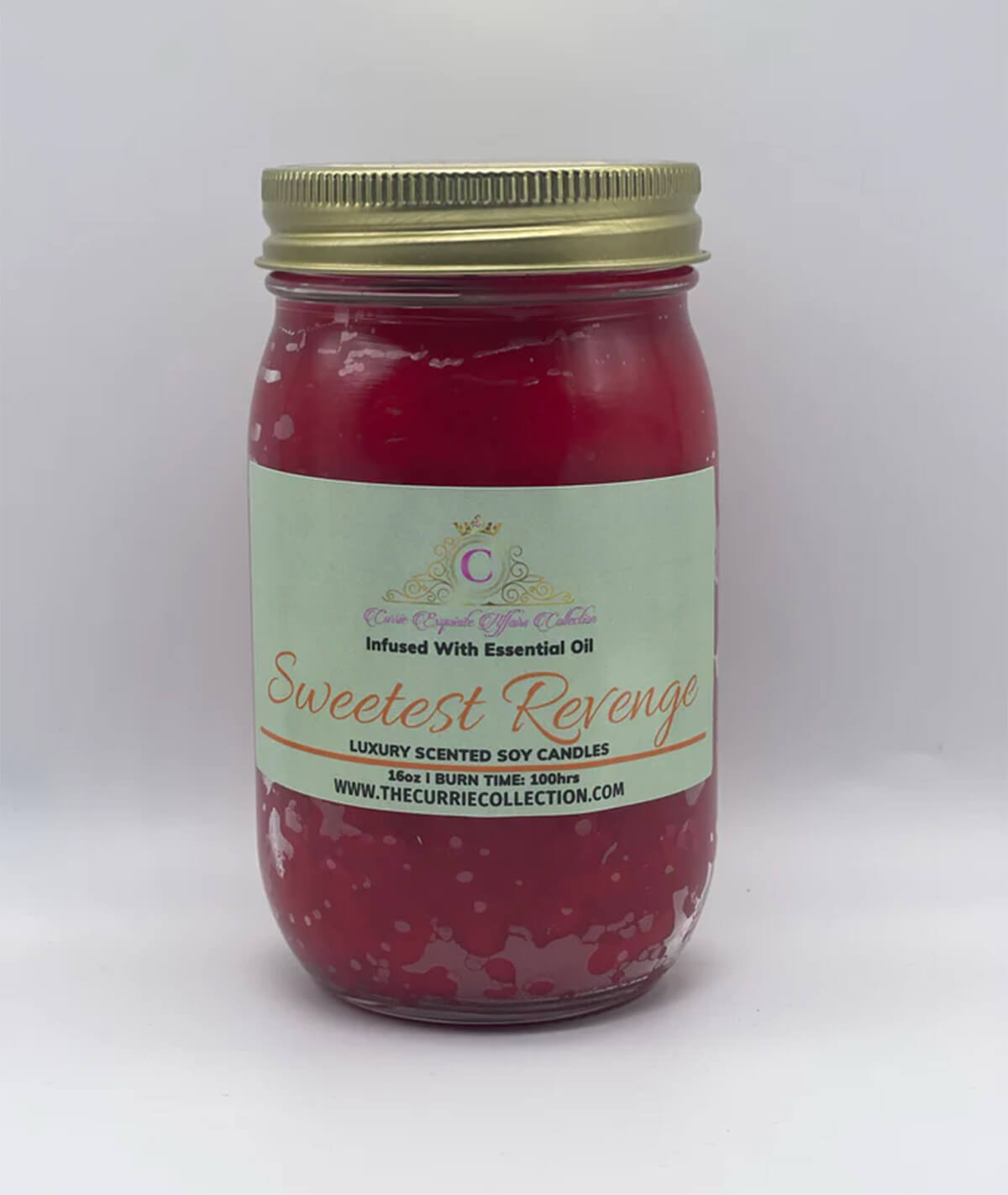 (via The Currie Collection)

"Bejeweled" tells the tale of a woman who realizes her own worth and goes out on her own, knowing she'll be able to enchant anyone she meets, shining like a diamond all the while. Of course, the candle for this song had to be just as glitzy, which is why we picked Foreverwick's 24K Magic Sparkle Diamond Candle. Not only is it topped with real 24K gold flakes, but there's a tiny authentic diamond waiting for you in the wax. It also smells of jasmine and melon, for a scent that's as perky and fresh as you are. 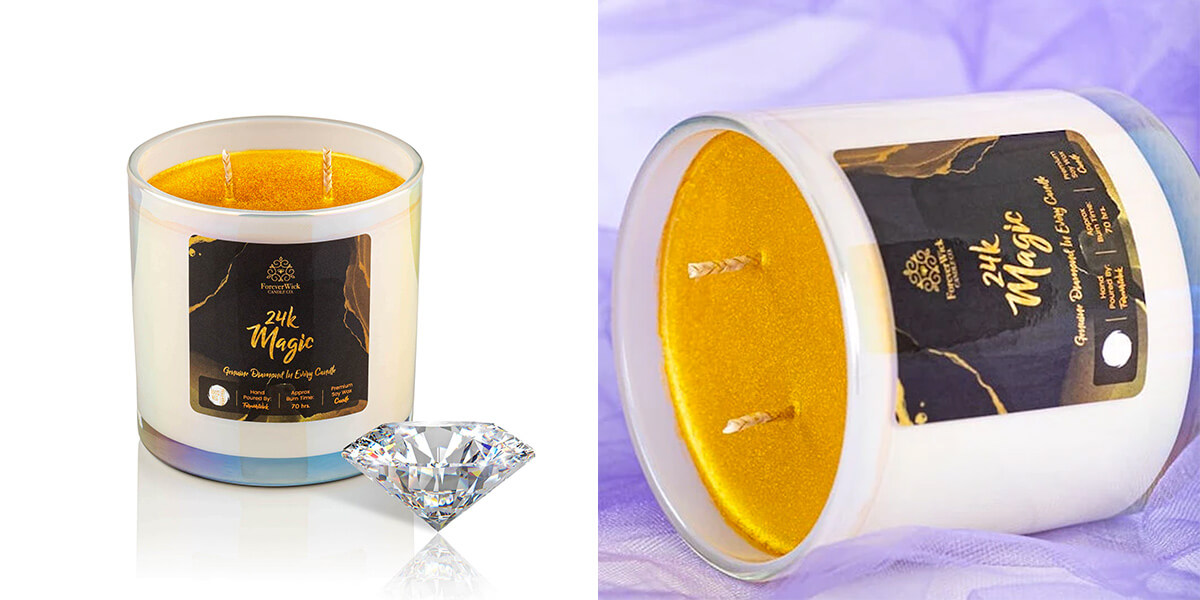 "Labyrinth" is a powerful account of letting go of a broken heart and finding comfort in new love, and we can't get enough of the production in the opening verse—particularly "breathe in, breathe through, breathe deep, breathe out." This Breathe Candle from Paddywax is just as soothing as the lines, blending peppermint, eucalyptus and clary sage to remind us to breathe and center ourselves, making space for the good to come into our lives. 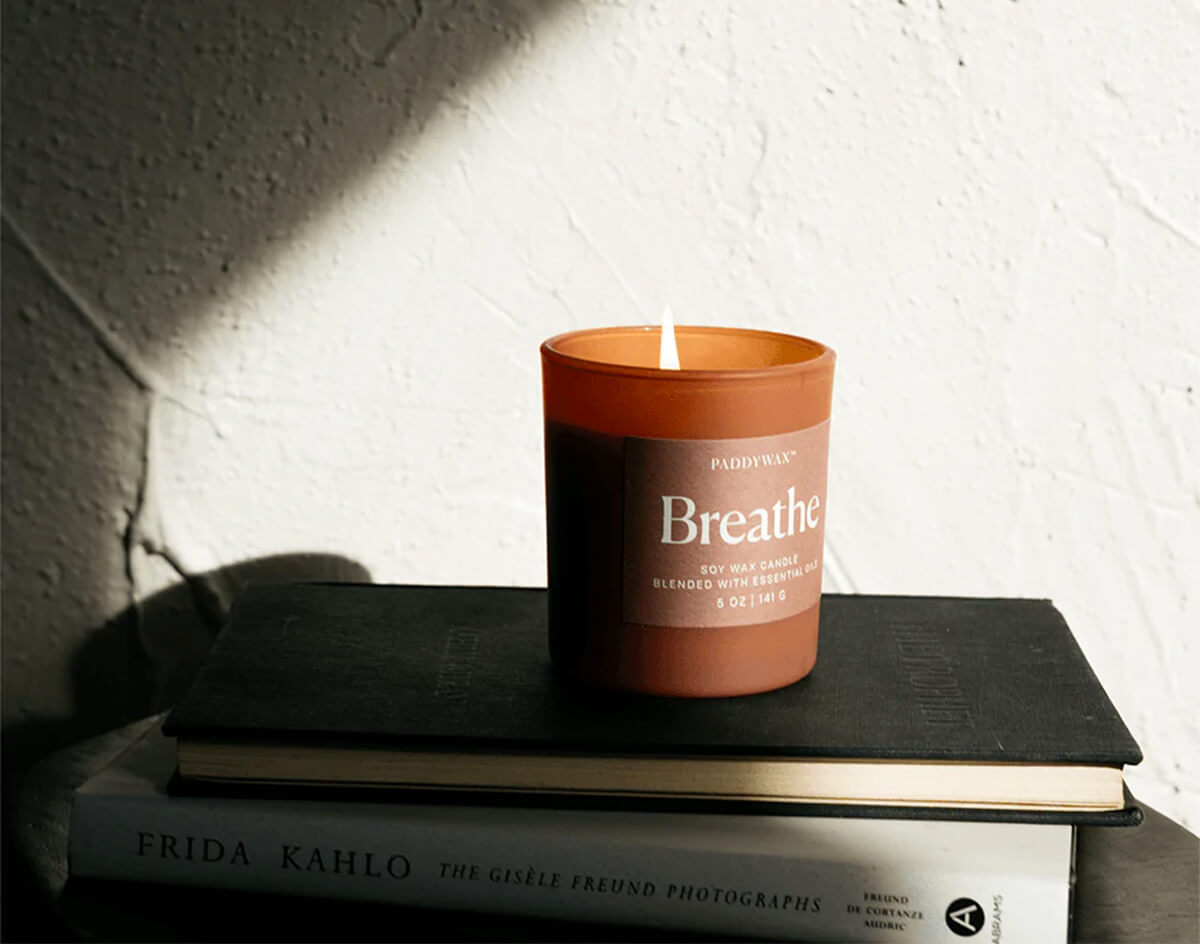 Also read about: 60 Taylor Swift Song Lyrics to Use as Instagram Captions

"Karma" has become a new anthem for anyone who knows they've been nothing but kind and that it's only a matter of time before the universe bites back at their enemies, and Candier's Karma Candle tells the same kind of story. It's a friendly reminder that karma has your back, and you'll eventually get what's yours, while giving off the warm, sweet scent of coconut, sandalwood and cedar. 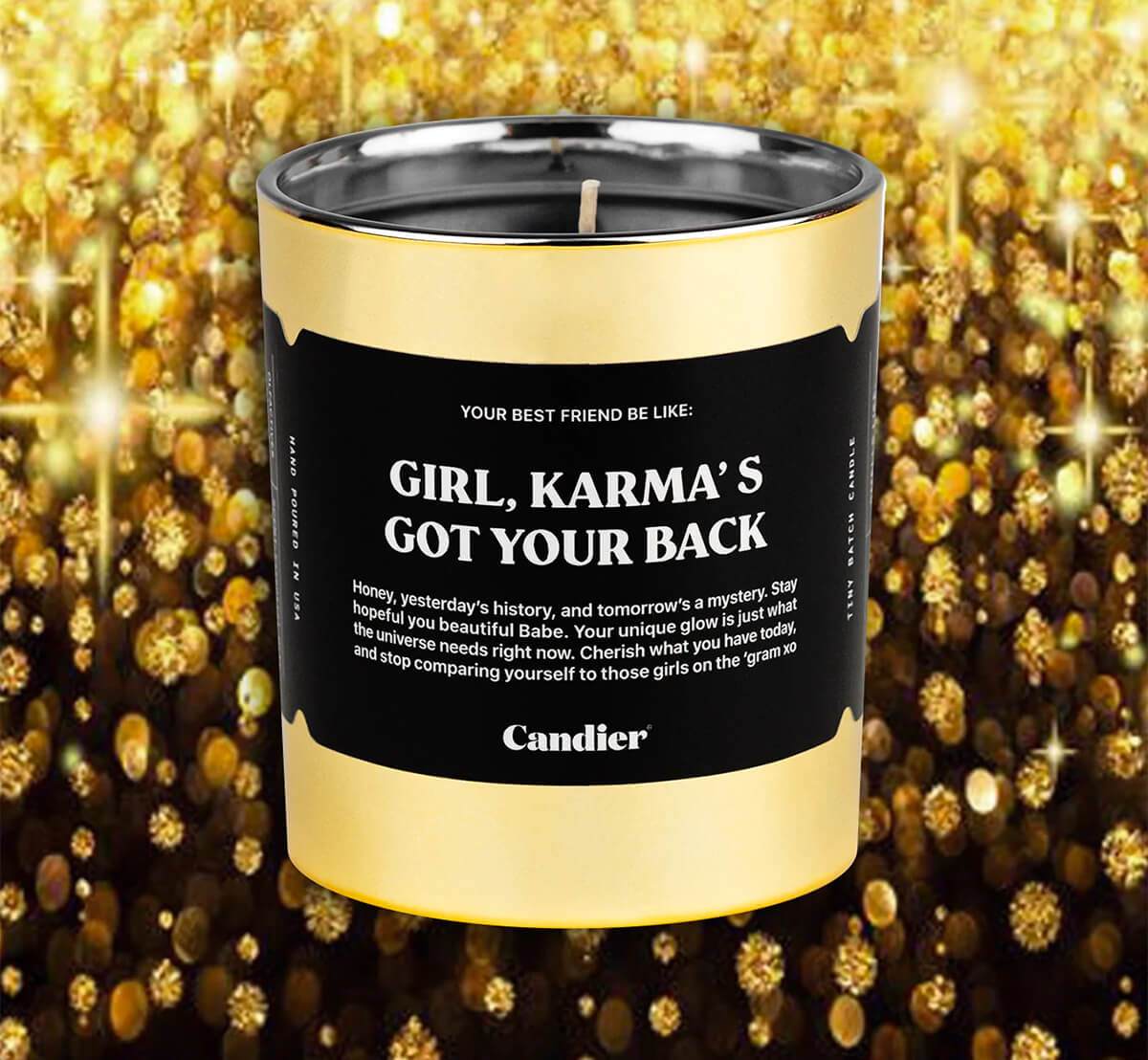 Fans of "Sweet Nothing" might be curious about Wicklow, the home of the tiny pocket pebble mentioned in the first verse. It's actually a seaside town in Ireland, where Taylor and Joe spent some time together while he was filming a TV series, and you can get a sense of it with the help of this unique candle, blending bold fruity notes with tonka, patchouli and saltwater to transport you to that moment. 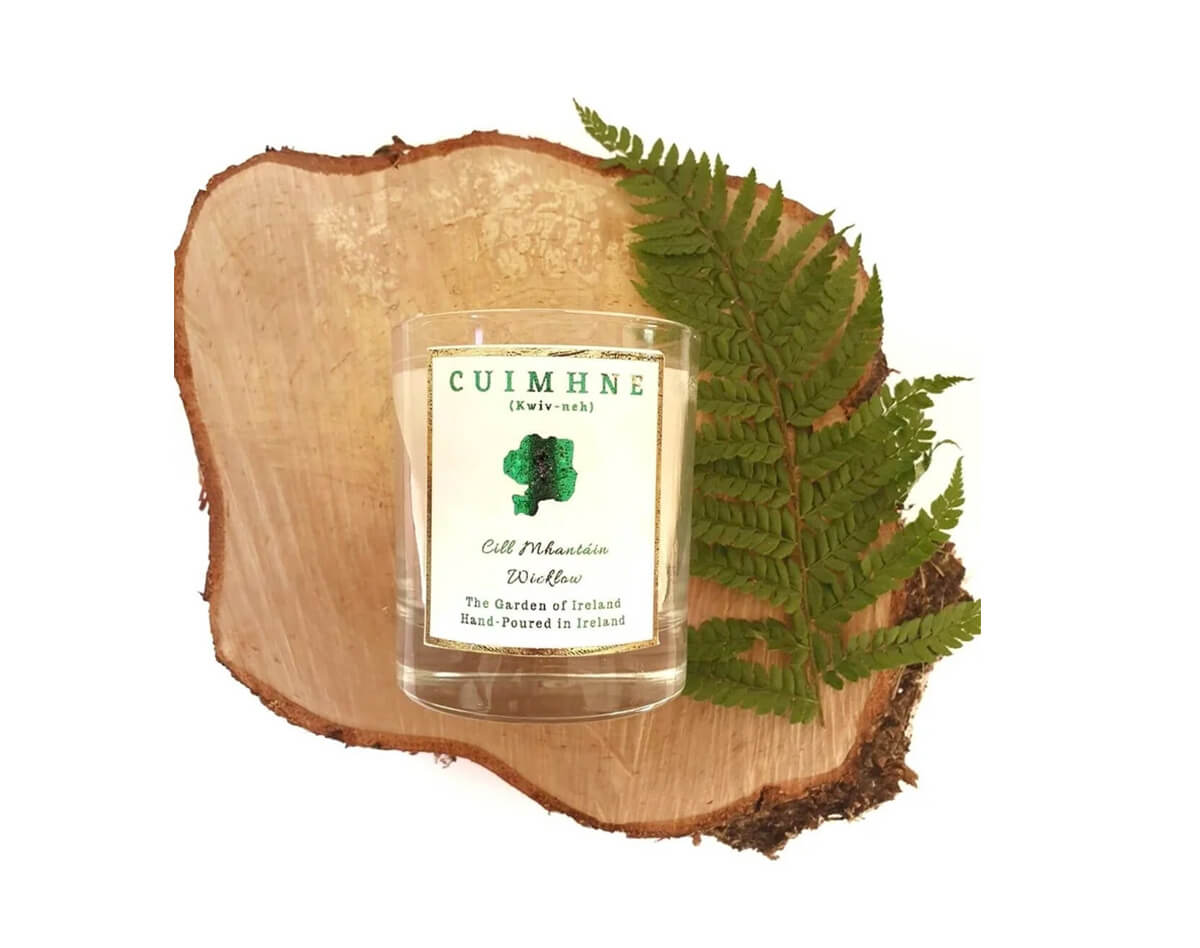 "Mastermind" is a unique love song about giving true love a bit of a helping hand with a skillful hand and a hint of manipulation, and like Taylor masterfully plays her pieces, this candle from NETTE is inspired by a game of Sunday chess. Fragranced with amber, patchouli and vanilla, it has a scent evoking coziness, as well as careful planning, suiting the song to a T. 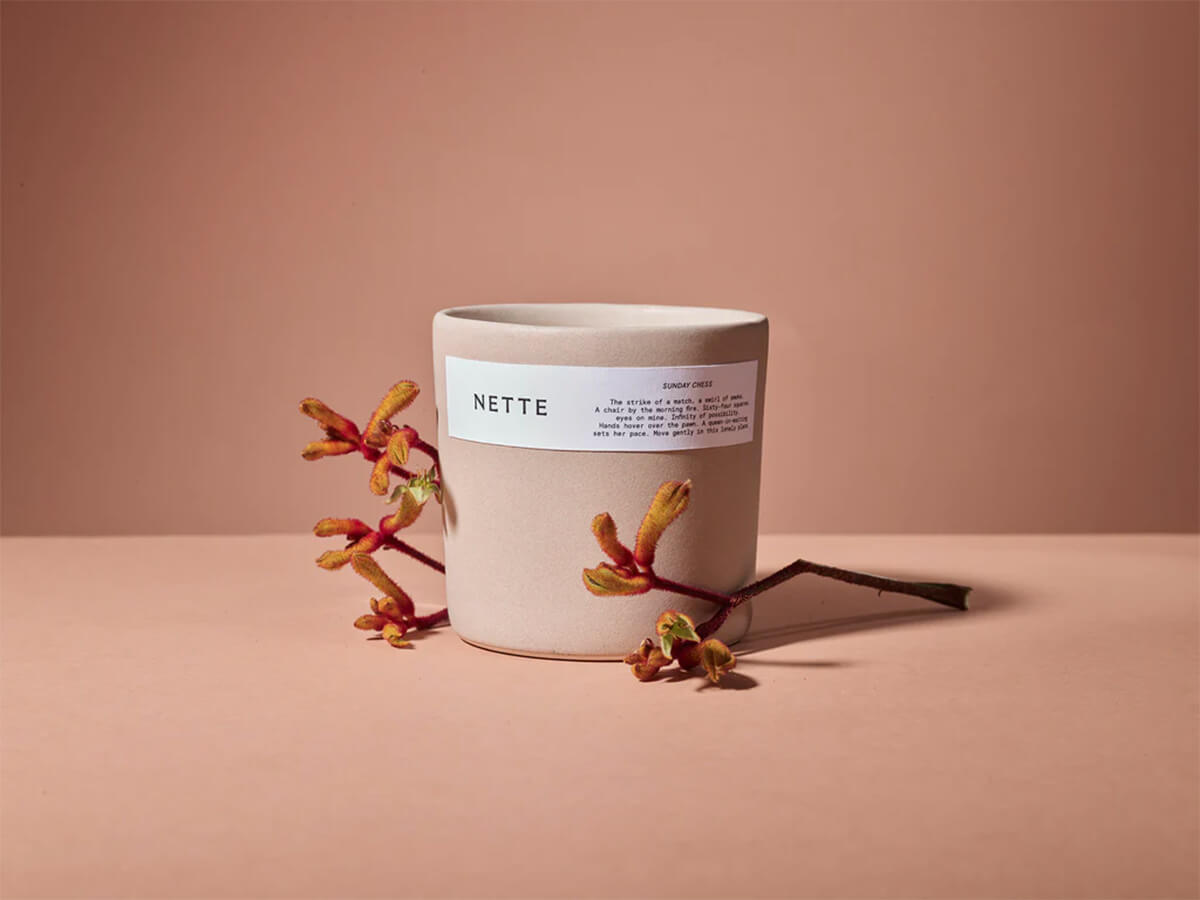 "The Great War" is a favorite of many who truly believe that love is war, but the aspect we enjoy most is the hopeful feeling that both parties will come out stronger on the other side. In the song, Taylor sings about placing a poppy in her hair—a symbol or remembrance and a promise of future peace—which is why we adore this Botanic Garden Poppy Candle from Portmerion, scented with cherry, violet and those very same red poppies.

Have you ever felt like your entire life could have been different if one little thing had transpired in another way? "Bigger Than the Whole Sky" is about losing someone and imagining the changes that might have kept them around. We're fascinated by the concept of the butterfly effect, which is why we've chosen this simple rose, berry and jasmine-scented Butterfly Effect Candle from FORVR Mood to set the tone. 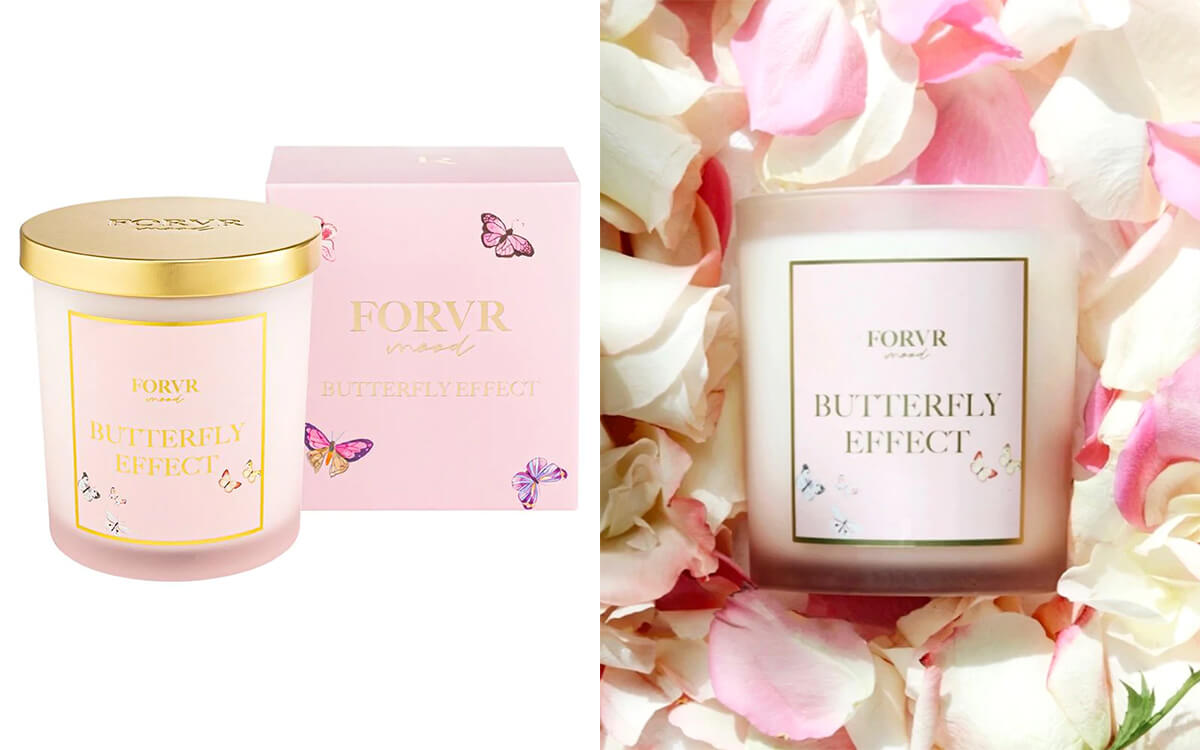 Also read about: The Perfect Gifts for Taylor Swift Fans

We're not sure any candle could be more perfect for "Paris" than a candle literally titled Midnight in Paris, and Hotel Collection has just that. It's specially crafted to evoke a sense of the romance of France's capital, blending spice and warmth with sandalwood, amber and vanilla. It's definitely a lovey-dovey scent, matching the love you hear in every beat of the song. 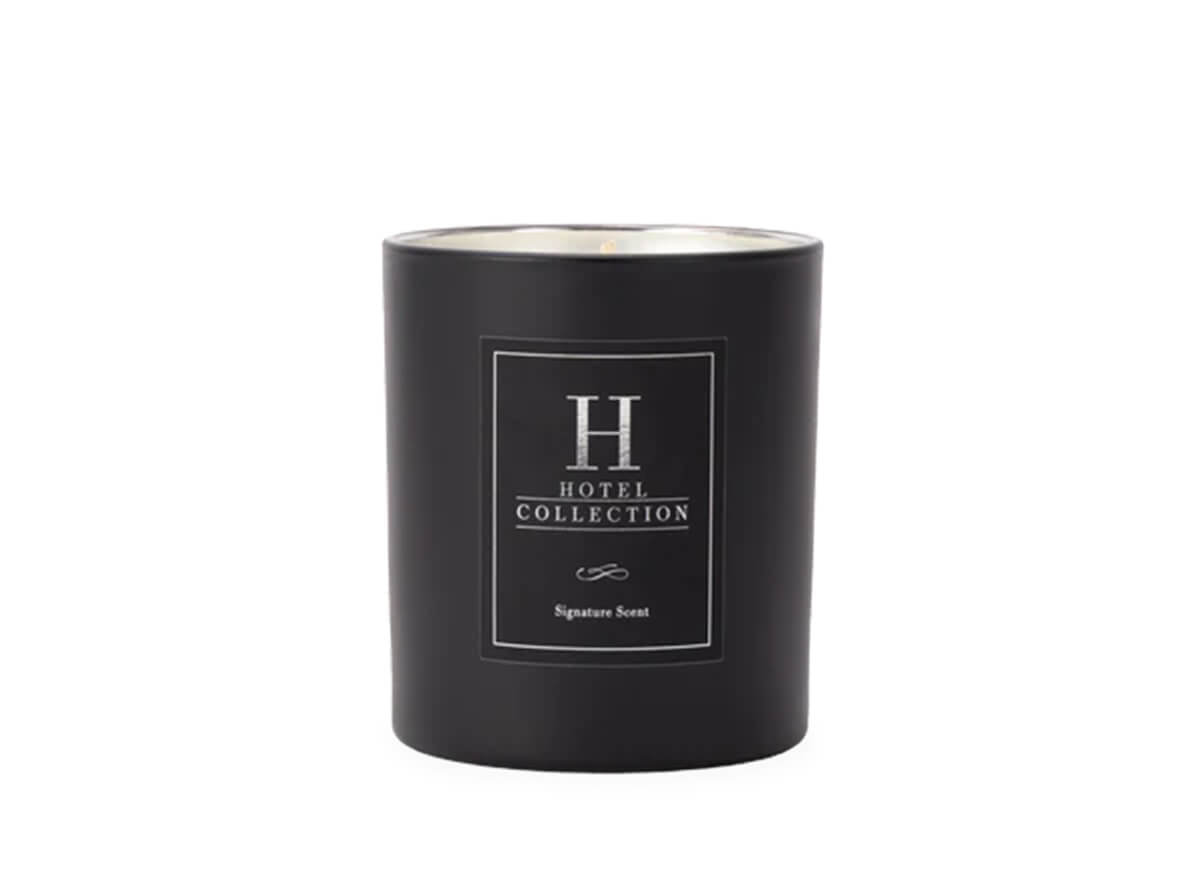 Rather than choose a candle that plays directly into the themes of pain and cheating inherent in "High Infidelity," we decided to have a little fun with it. With this Taurus Constellation Candle from The Little Market, you can chart the constellation of the mighty bull sign. Why Taurus? Because it's the sign that corresponds with April 29. 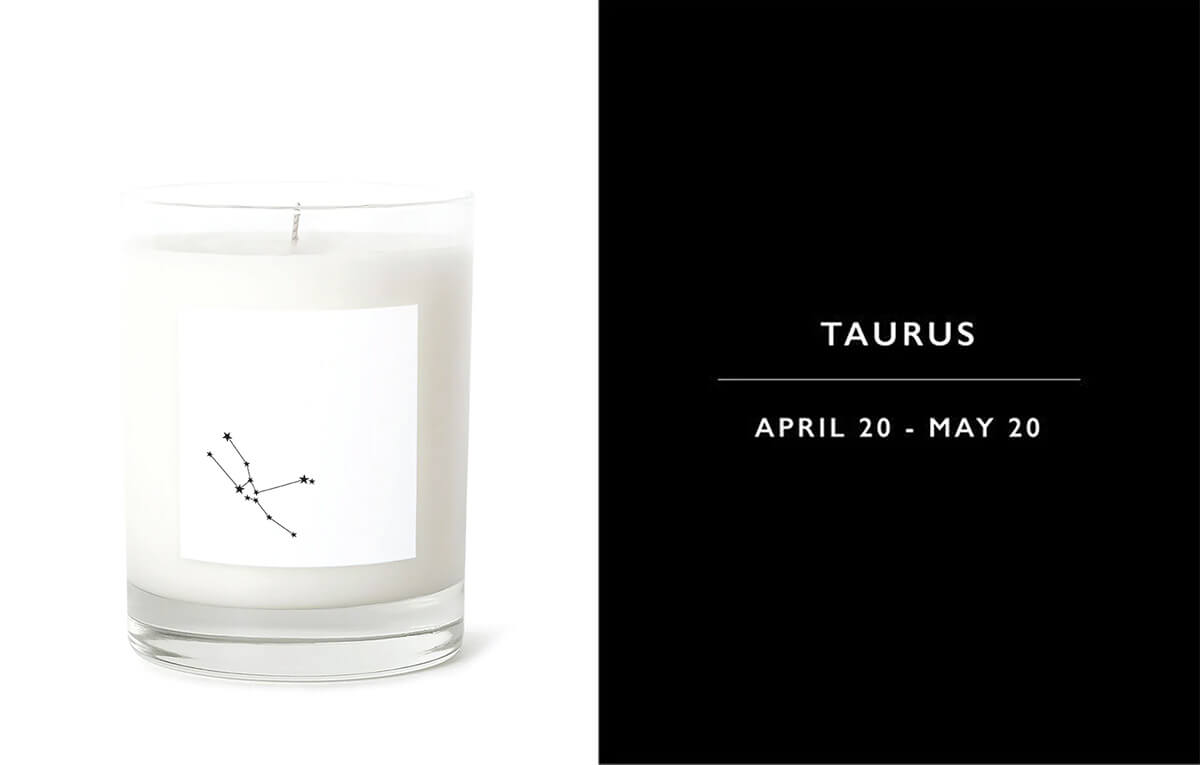 (via The Little Market)

We know we're not the only ones who adore "Glitch" and the story of a love that was never intended, and the imagery in the song is some of the best on all of Midnights. The lines about the starry night, lit by the blood moon, are as romantic as they are eerie, which is why we picked this Blood Moon Candle from True Hue. It combines the scents of sweet orange and spiced tea to make for something tangy as well as spicy, much like a newly blooming romance. 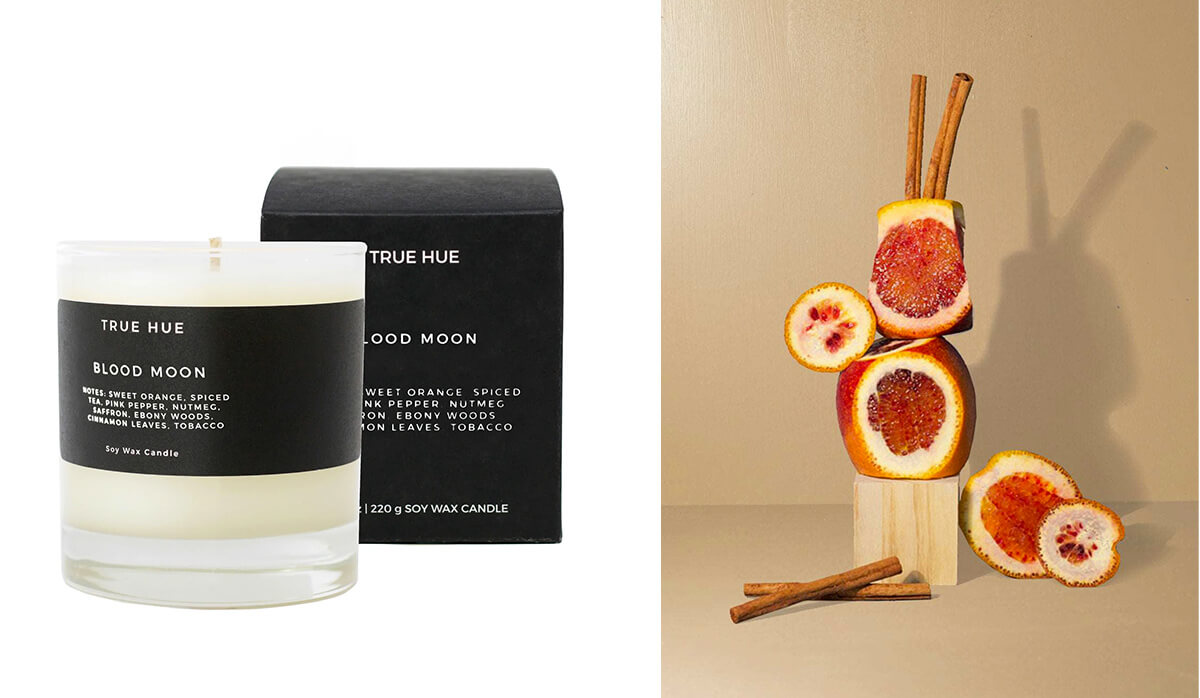 "Would've, Could've, Should've" is one of the most powerful tracks of Midnights, calling out an older man for taking advantage of the power dynamic and her naivety when she was a teenager. We can't stop thinking about the line, "If you tasted poison, you could've spit me out at the first chance," which is what drew us to these Poison Candles from the Curious Nature Shop. With their skull and crossbones labels, they're designed to ward off danger, and since they're available in Arsenic, Cyanide, Either and Strychnine-inspired scents, they also allow you to pick your poison, so to speak. 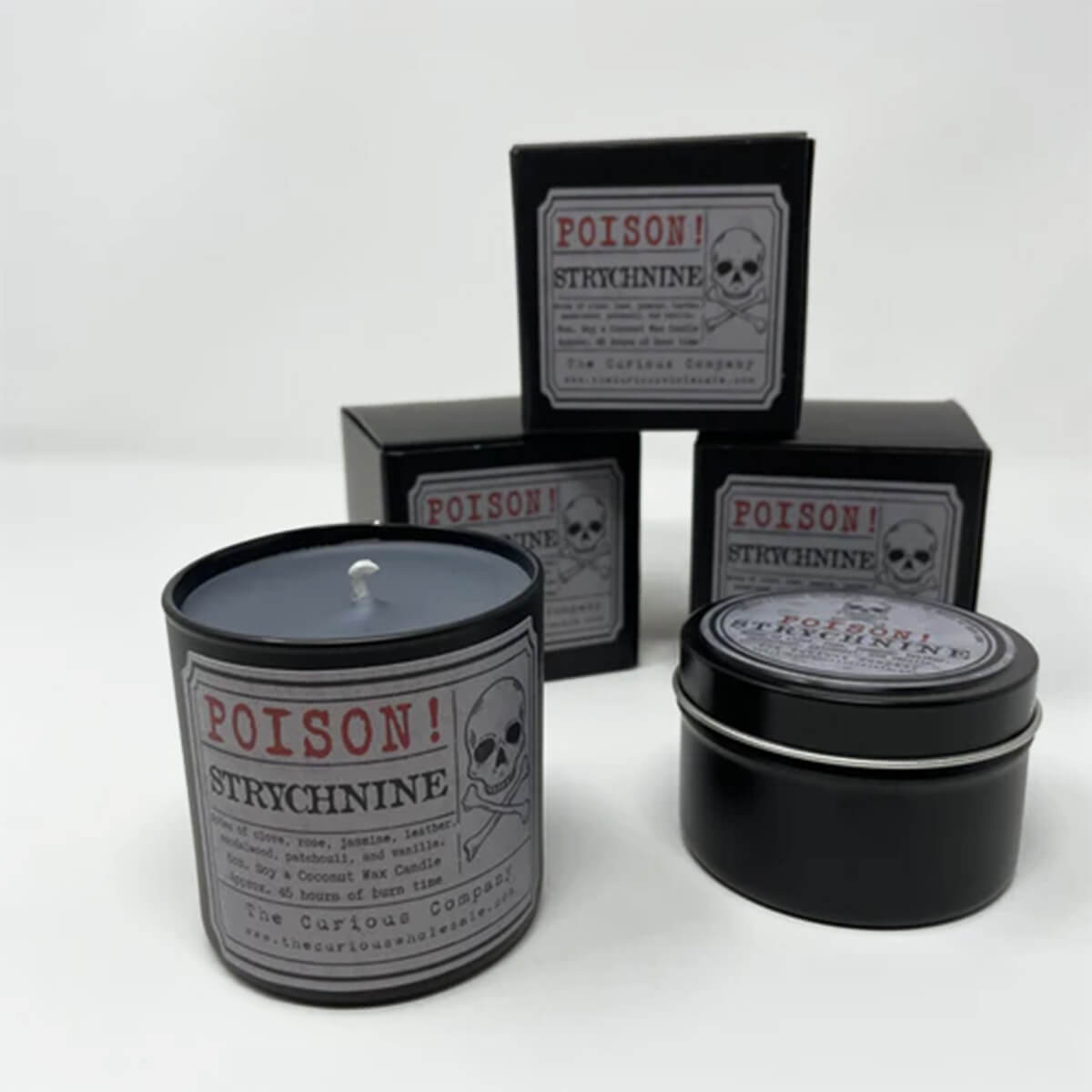 If you relate to "Dear Reader," chances are that you already see Taylor Swift as your "guiding light"—even if she warns that she'll likely steer you wrong. This Guiding Light Candle from The Lighthouse Store is scented with calming essential oils to promote peace as well as mental clarity, allowing the user to define themselves. Whether or not you actually heed the words in the song is entirely up to you. 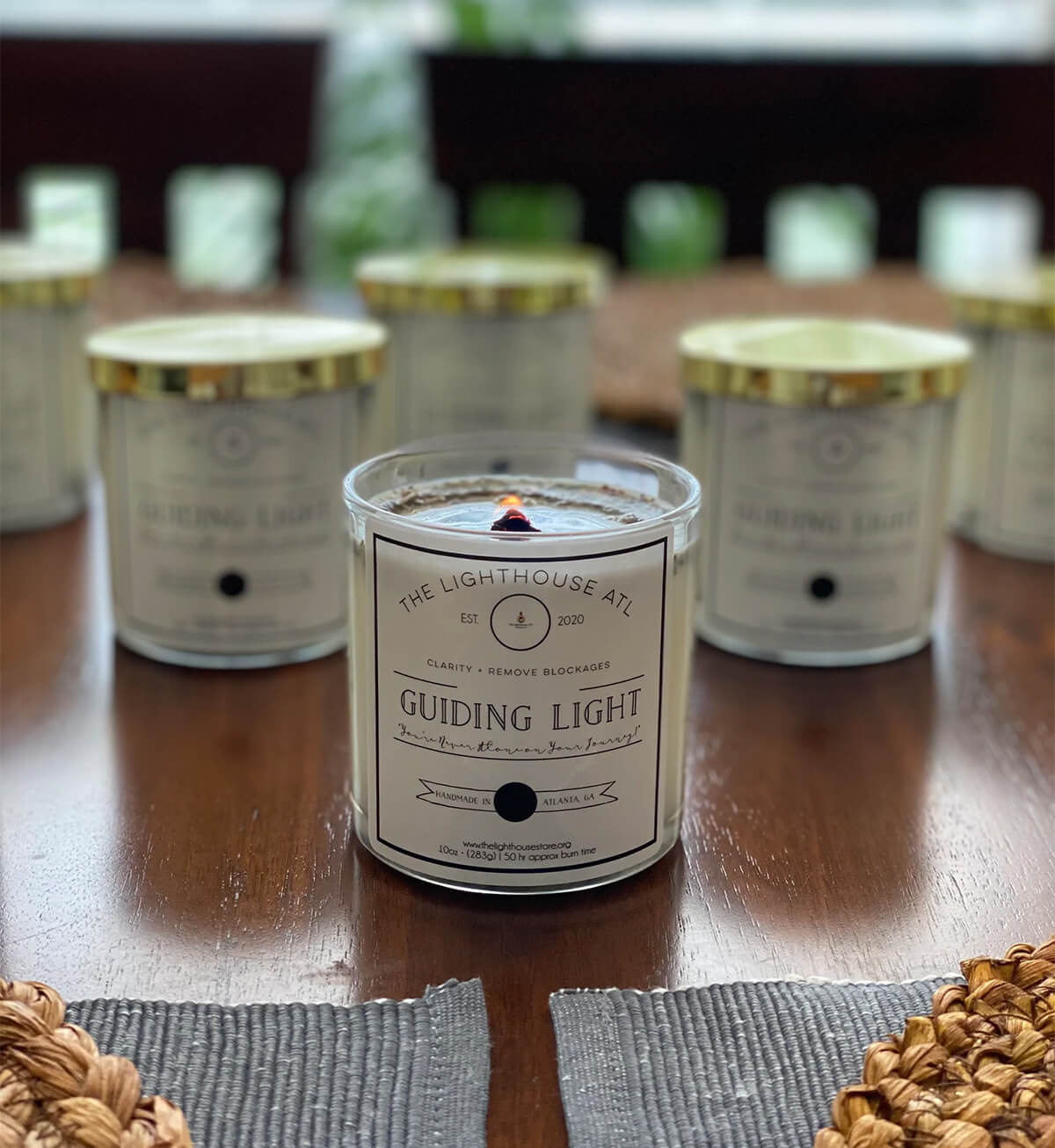 (via The Lighthouse Store)

Obsessed with all things Midnights? Click HERE for our 80 favorite lyrics from the album to use as your next Instagram caption.