Sugarland debuted the official trailer for its "Babe" music video today, but it was Taylor Swift who stole the show. Her red hair got everyone talking—and tweeting.

This is hardly the first time Taylor has switched up the color of her locks to play a character in a music video, but that doesn't mean people were ready for it.

The response on Twitter shows that her fans are freaking out over her latest journey around the hair color wheel. You'd think we'd never seen her as a redhead in the "Bad Blood" music video. 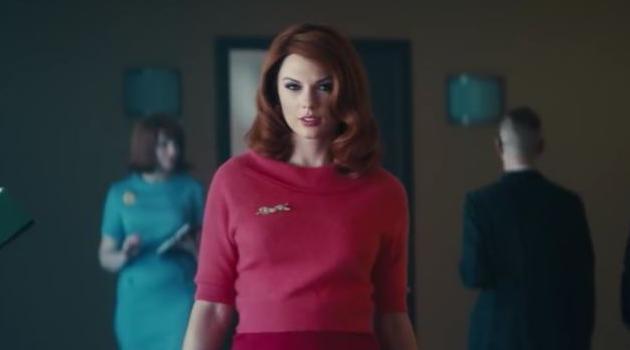 The trailer is only 30 seconds long, but it was enough to get everyone stirred up ahead of the music video's debut Saturday. Taylor makes multiple appearances in the role of the other woman, who comes off as a more-or-less heartless seductress. Yet while her character makes questionable decisions, her hair is on point.

The Twitter consensus seemed to be that Taylor makes a gorgeous redhead … and brunette … and blonde. Basically, she can pull off any look she wants, whenever she wants, as people highlighted in their tweets. See some of the best reactions below.

Taylor Swift literally looks good with all hair colors, WHAT IS THIS SORCERY pic.twitter.com/UtUIPuHFCA

Omg omg omg. I am screaming. Taylor is slaying the RED hair and can't wait for the music video. #BabeMusicVideo . This Saturday @taylorswift13 @taylornation13 @Sugarlandmusic pic.twitter.com/xTBG5eFXbL

Excuse me for a moment bc I just saw Taylor with red hair #babe @taylornation13 @taylorswift13 pic.twitter.com/QsjE0bcmTw

Suddenly, I want to do my hair red! @taylorswift13 @taylornation13 pic.twitter.com/G1m48evfwf

TAYLOR IS FIRE WITH THAT RED HAIR. She can pull off anything! ???????????? #Babe #BabeMusicVideo @taylorswift13 @taylornation13 pic.twitter.com/giYw2OX04m

Taylor could have no hair and she would still be flawless ????✨ @taylorswift13 #BabeMusicVideo

Taylor Swift with red hair breathe if you agree pic.twitter.com/BMEqB1z8gX

If you're thinking about changing your own hair color, click HERE to read about different over-the-top trends.