Taylor Swift Met Up With Adele and JK Rowling in London, Then Said the Sweetest Thing

We all already know that Taylor Swift basically defines #SquadGoals, so we shouldn't be surprised anymore when she spends time with amazing people.

Taylor had a chance to spend time with Adele and J.K. Rowling while she was in London for her Reputation tour. The two uber-successful women turned out for the June 23 show at Wembley Stadium, joining the long list of celebrities we've seen at Taylor's tour stops over the years. 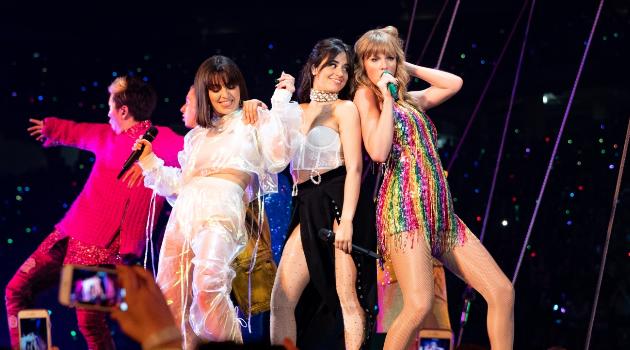 (via Christopher Polk/Getty Images for TAS)

Although neither Adele nor JK joined Taylor on stage, it looks and sounds like she had a wonderful time with them. She posted selfies on June 25 that she took with each, plus a very sweet message.

"I'm so grateful for these women, for the words they've written and the worlds they've created through their art," she wrote. "So stoked to have you at the show in London @adele and JK. Always.

It doesn't get more #SquadGoals than that.

If you're a big Swiftie, click HERE to find out which Taylor song you are based on your zodiac sign.