Last year, a six-woman team at the MakeMIT hackathon did something incredible: In just 15 hours, they managed to build a machine that could scan text and translate into printed braille.

The team, made up of M.I.T. students Chandani Doshi, Grace Li, Jialin Shi, Bonnie Wang, Charlene Xia and Tania Yu called their machine Tactile. After the hackathon, they weren't satisfied with just creating the one machine and have since set out to perfecting Tactile to someday bring it to the world at large.

Team Tactile's own Grace Li took the time to speak with us about the awesome ladies that made Tactile possible, how the machine works and what's up next—and we can't wait to see them take over the world. 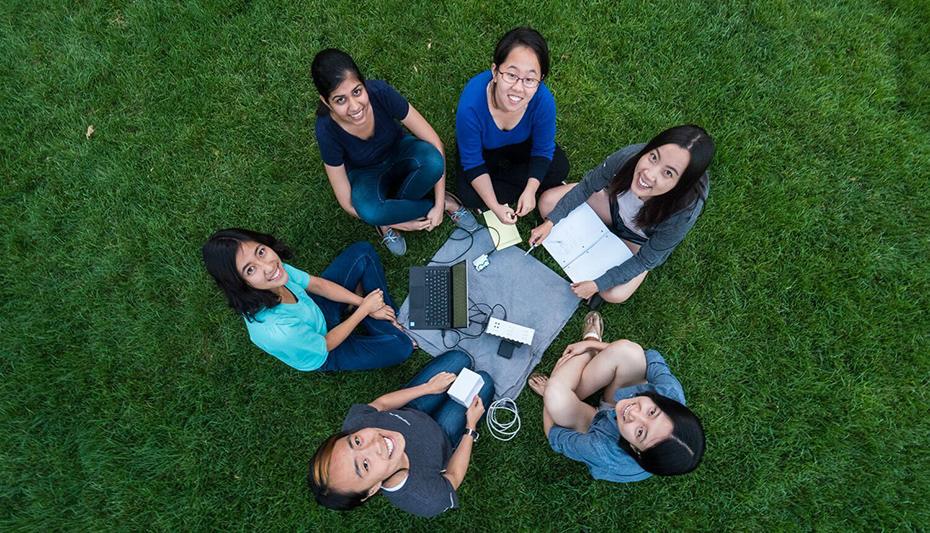 Sweety High: How did Team Tactile meet and when did you decide you all wanted to do a hackathon?

Grace Li: The team actually started out as a group of really good friends. We all met freshman year, and two years later we decided to spend the weekend at a hackathon for fun, basically to hang out while making something cool. We definitely didn't expect to make something that we'd be so passionate about and that we'd want to move forward with. It was really unexpected.

SH: What are you all studying at M.I.T. and how did those different fields help Tactile come to be?

GL: Three of us are mechanical engineering majors, and we have one material science and engineering major and two of us majoring in electrical engineering and computer science. We definitely have interdisciplinary skills, and during the hackathon we really wanted to work on a project that incorporated both hardware and software.

I think the different skill sets on our team opened up the possibilities of what we could make. There's another hackathon in the fall called HackMIT that's mainly about software, so for the MakeMIT event we decided we wanted not to just code but to build something physical. It's also been a really good learning experience for us as a team. We've all picked up more programming knowledge, as well as hardware knowledge, and we've all learned from each other. 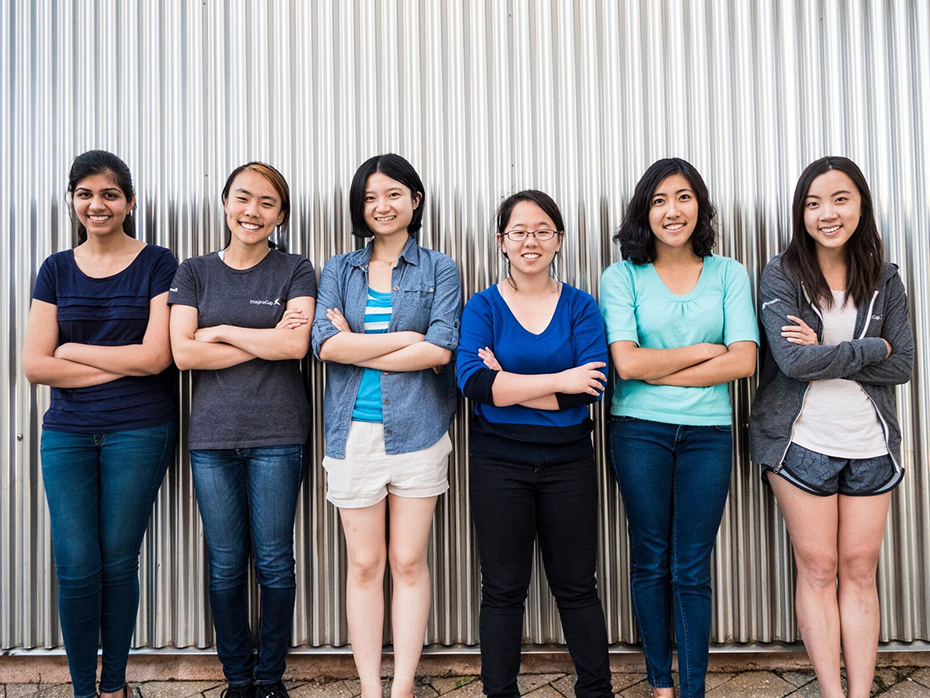 SH: How did your team come up with the idea for Tactile?

GL: We were actually just throwing around random ideas of what we wanted to make, and originally we talked about things like dancing robots. We came across an article from last year about a braille watch, so we started looking at other assistive technology projects and we came up with a text-to-braille converter. Someone on our team had volunteered at a school for the blind in India that summer and she realized how impactful the project could be. That made us all really excited, so we decided to go for it.

SH: What was it like to make Tactile a reality during a 15-hour hackathon?

GL: It was my first hackathon experience, and everyone else on the team was new to it or had only done one before themselves. It was a little bit overwhelming. There were a lot of materials and resources and people, so I was nervous at first, but it was a lot of fun. I thought of it as 15 hours of spending time with friends and applying what we were learning in class to actually make something. It was also very stressful at times and our project wasn't completed until literally the last few minutes.

We originally had some issues. We were trying a lot of different computer vision APIs for trying to recognize printed text. A lot of it just wasn't working properly. We also had issues hooking it up to the Arduino [an electronics platform used in many interactive projects] and making sure everything was working in sync. There were also long lines for using the 3D printers and laser cutters, so we definitely had to be creative and resourceful. But the last few minutes where everything somehow came together and it was working were pure joy. 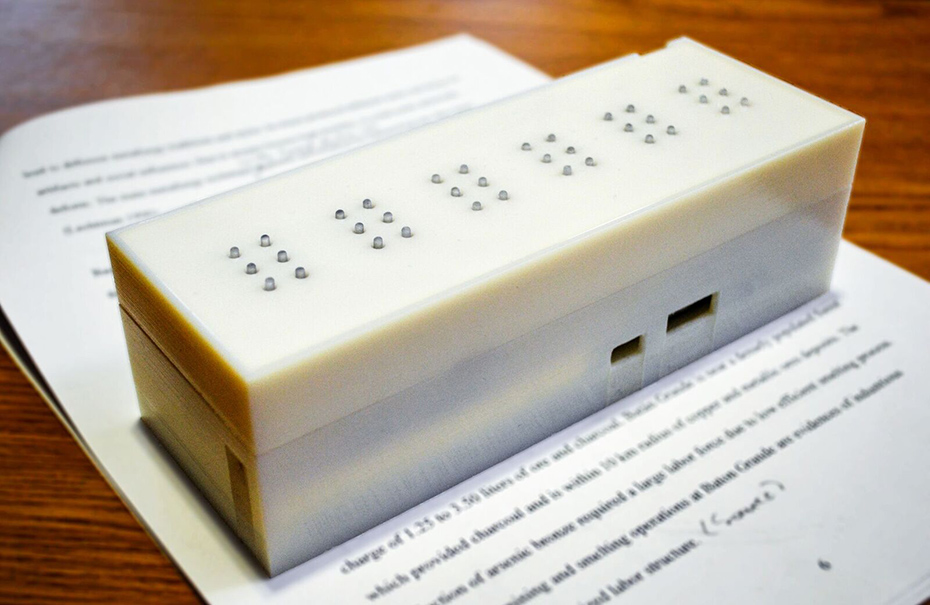 SH: How exactly is Tactile able to turn printed text into braille?

GL: In our original hackathon prototype, we used a camera to take a picture of the printed text, and we used Microsoft's Computer Vision API to recognize the letters. After recognizing each individual letter, it sends it to the Arduino, which controls which pins move up and down. Braille characters can have six dots that are either raised or lowered—for example, for A the top left pin is raised. That's how those letters are translated to braille.

SH: Is it important to you that Team Tactile is all women?

GL: It's interesting, because after the hackathon we attended this technology competition called Microsoft Imagine Cup, and I think that's when we were first aware of how rare it is to have an all-woman team. It didn't stand out to us beforehand, but our team made up half the women at the whole competition. We realized that even though there's more of a gender balance at M.I.T., that definitely doesn't exist everywhere— especially in technology. We all realized that we really wanted to be an inspiration for girls to pursue STEM and engineering. We want to show them it's not intimidating or scary at all. It's actually fun.

SH: Do you think you will inspire young girls now to go after those engineering fields?

GL: I really hope so. When you set your mind to something and just try it, you'll be surprised by the results. You can actually solve real-world problems that way.

SH: What are your next steps for Tactile?

GL: Currently, we're still in the research and development stage. We're now on our fourth iteration, and we're still continuing to iterate and improve upon our device. We've received funding to continue working on it so we're pushing forward. 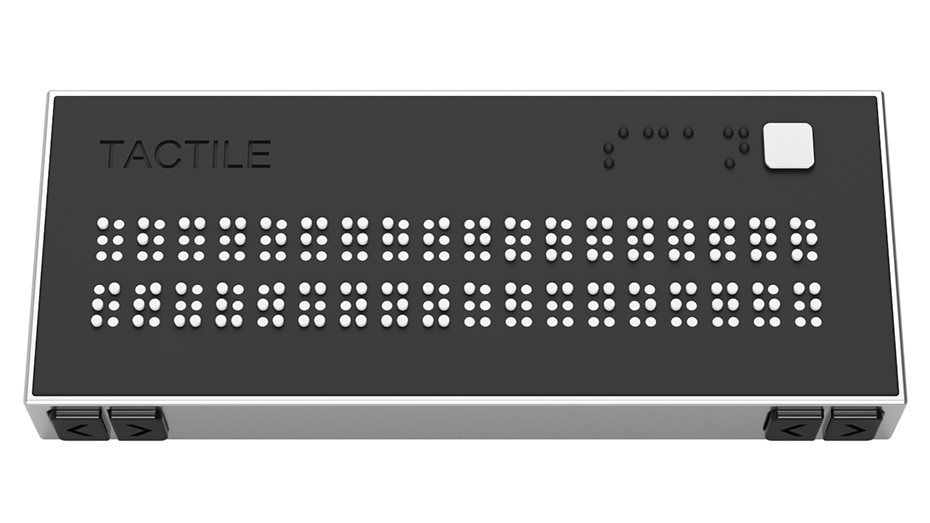 Tactile is proof that if you have an awesome idea, you can build it. For even more inspiration, click HERE to read about Nailbot, the printer that prints art right on your nails.