Teen Wolf may be in its final season (say it ain't so!), but it's never too late to discover which character you're most like.

Keep scrolling to discover which Beacon Hills you're undeniably similar to based on the personality traits of your zodiac sign.

Passionate and strong, you show more courage than just about anyone out there. You're always willing to go the extra mile to help those you love, because your generosity knows no bounds. You are incredibly loyal, and your friends always know you have their back, just like Lydia. She's confident, passionate and is never afraid to express herself. But both of you can be seen as overly dramatic when you don't get your way. That's only because the two of you know your self-worth and will speak out when you aren't being treated fairly. Much like Lydia, you're a leader and others often turn to you in times of crisis. Somehow you always know what to say. 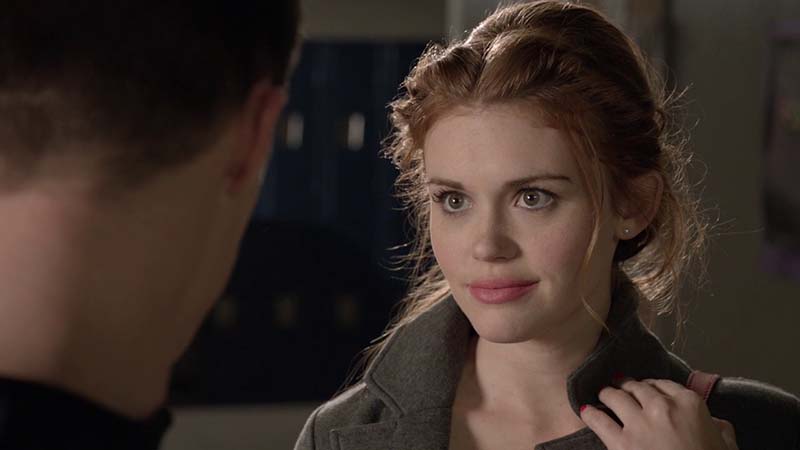 You're a careful creature, always making sure you think about an outcome before you act on it. You're the person with the plan, just like Scott. You're both practical and work incredibly hard to make sure everything works out for the better. You're often misunderstood by those who don't know you, because you have difficulty expressing your feelings. It's understandable, especially considering all you deal with—school, a job, being a werewolf. When things don't go your way, you tend to get down on yourself and blame yourself for what went wrong. It's not your fault! Things aren't always going to go according to plan, you just need to learn to adapt. 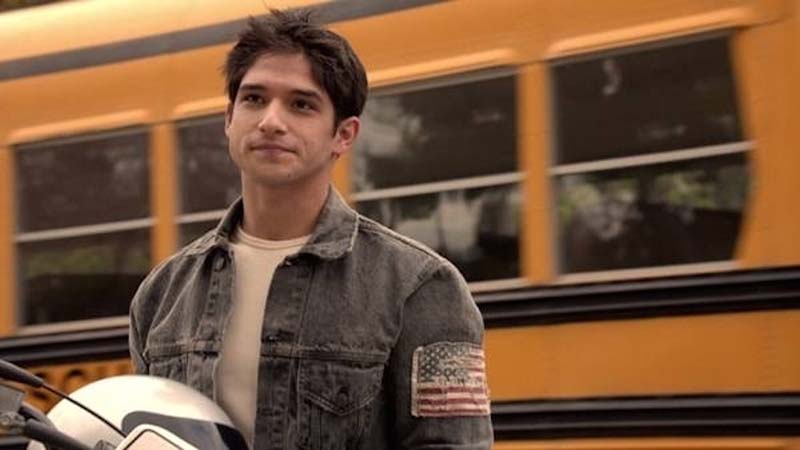 Balanced and fair-minded, you're all about keeping the peace. The same can be said for Kira. She was not a fan of the injustice brought upon her and her friends, so she did her due diligence to make things right again. Much like Kira, you work best in a team. You aren't one who enjoys having to fight your battles by yourself, which is why you always have someone by your side. Having someone with you at all times also works out in your favor because you're pretty indecisive. When you don't know what to do, you know you can turn to your friends or your S.O. for some stellar guidance. 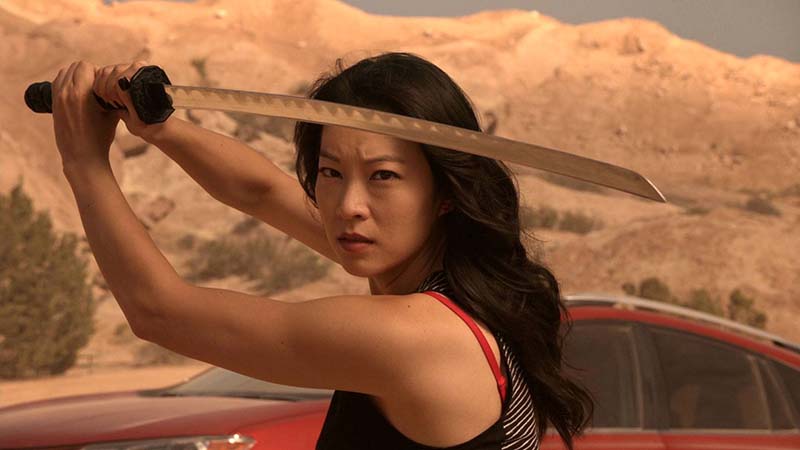 Just like Malia, you are incredibly brave and fearless, Scorpio. Nothing, and we mean nothing, scares you or stops you from living your best life. You're quite good at keeping secrets, something your friends admire most about you. Always there for those you love, you really are the truest of true friends. If there's one thing you hate most, however, it's not knowing the truth. Malia wouldn't stop searching until she discovered who her birth mother was, and she did. One of your major weaknesses, that you share with Malia, is the inability to properly express your emotions. You either come off too blunt or just never know what to say. It's okay, you'll get there eventually. 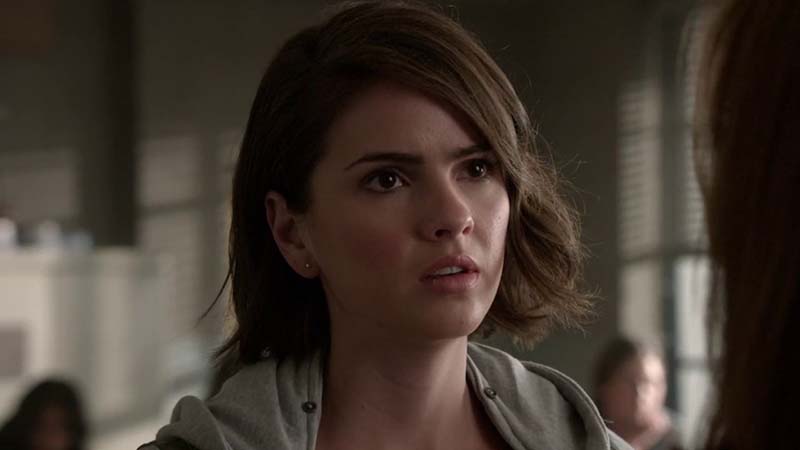 Because you are represented by the archer, it makes sense that you're most like Allison. You place your freedom above all else, Sagittarius. Just like Allison, you will not be held down by what others want you to do, nor will you conform to their standards. You're the creator of your own destiny, unwilling to compromise your idealistic outlook on life for what some would say is more achievable. You have a highly philosophical approach when it comes to living, always roaming the world in search of the meaning of life. Like Allison, you are very open-minded, able to change your way of thinking once you realize you're wrong. Change doesn't scare you. In fact, you welcome it with open arms. 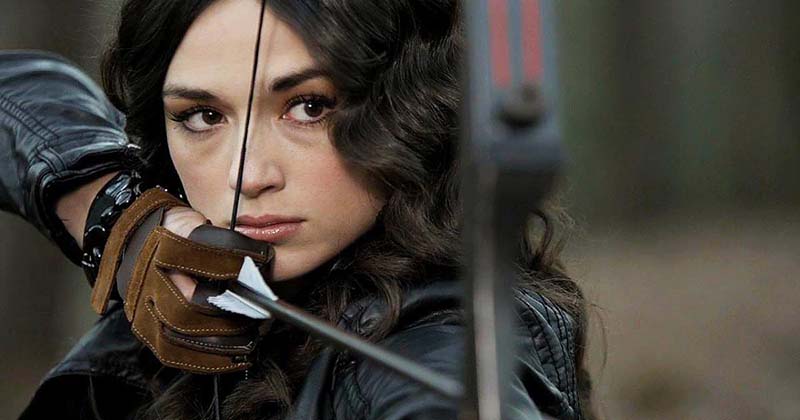 Traditional and responsible, you care deeply about your family. They are the most important thing in the world to you and you could never imagine living your life without them. The same goes for Sheriff Stilinski, as he has an incredibly strong bond with his son Stiles and works hard to ensure he lives the best life possible. You can be a bit stubborn at times and don't always understand where other people are coming from, but you're willing to listen and adjust your perspectives. You generally expect the worst with any outcome, but like Sheriff Stilinski, that doesn't prevent you from trying to make things right. 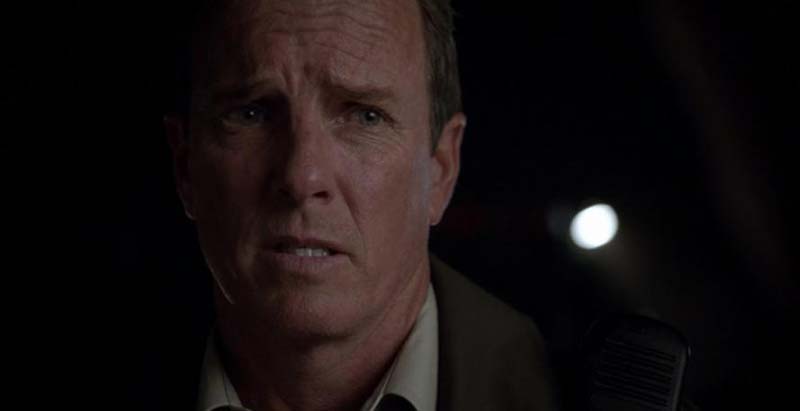 There's no one quite like you, Aquarius, except for the witty Beacon Hills native Stiles. You are a true humanitarian and will do anything in your power to make things right in the world. You're a bit eccentric and temperamental, so you're not always the easiest person to deal with. Hey, you're just very expressive about your opinions and that's totally fine. One thing you're better at than anyone else is solving the toughest of problems. How many times has Stiles saved the day with his off-the-wall theories? More times than we can count, tbh. You always try your best to help your friends when they need you most, even if that means you need to make a few sacrifices in the process. 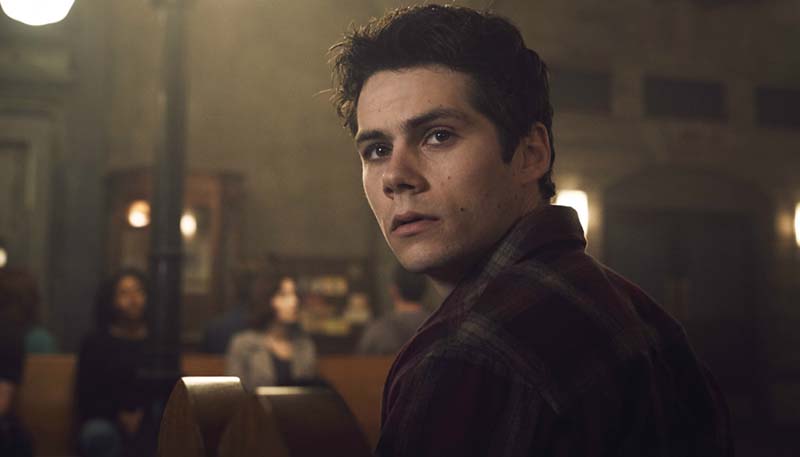 As the most selfless sign of the zodiac, it's obvious you're most like Scott's mom Melissa. As a nurse, Melissa is willing to go above and beyond to ensure the safety and well-being of her patients. Helping others makes you feel good. Just like you, Melissa is incredibly intuitive. You both know what's going on before anyone has to tell you. But you can be overly trusting, as you expect everyone to be good and kind, just like yourself. Unfortunately, that isn't always the case, and you sometimes discover this the hard way. Luckily for those who've wronged you, you're a very forgiving individual. Holding grudges isn't something you're fond of. 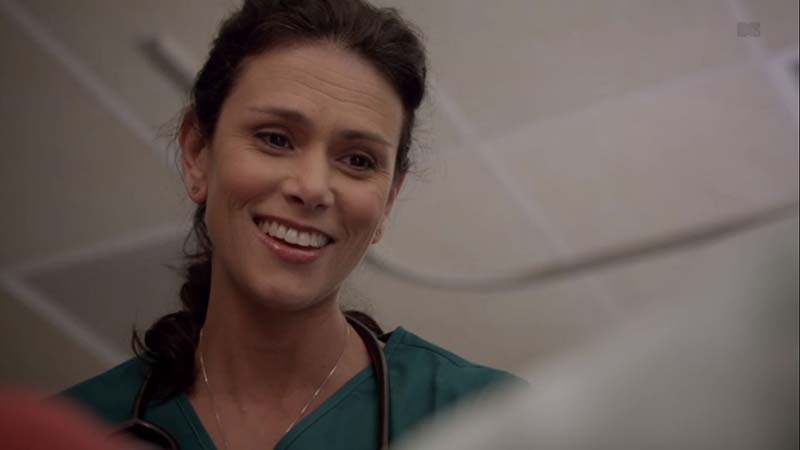 You hold more courage in the tip of your pinky finger than most have in their whole body, Aries. Much like Derek, you are confident and determined in your abilities to achieve every goal you've set for yourself. You're the most active sign in the zodiac, so you're not one to just sit around and wait until you're told what to do. You take action, as you're a leader. When things don't go your way, you tend to become moody and aggressive. Derek showcases this far too often when his attempts to protect those he loves don't always pan out the way he was hoping they would. You often want to act alone, but you know that teamwork makes the dream work, which is why you have a very close group of friends you can call on when you need their help for anything. 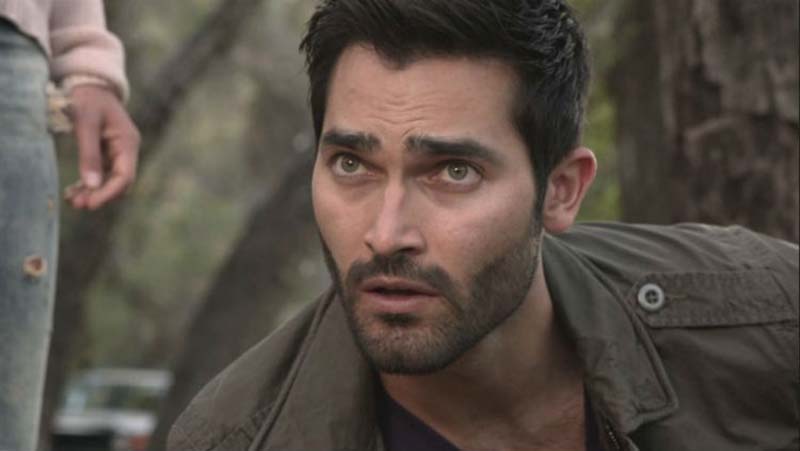 You're practical and well-grounded, Taurus. In fact, you're the most reliable sign in the zodiac. The same can be said for Chris Argent with his role in Scott's pack. Like you, he's always there to assist Scott, Stiles, Lydia and Malia when trouble arises. And often acts as the voice of reason when no one knows what to do. Same goes for you. You live a very stable and comfortable lifestyle, so you aren't too pleased when that is threatened by outside forces. You're a realist who's often overly committed to achieving their hopes and dreams. Nothing and no one can come between you and your dreams. 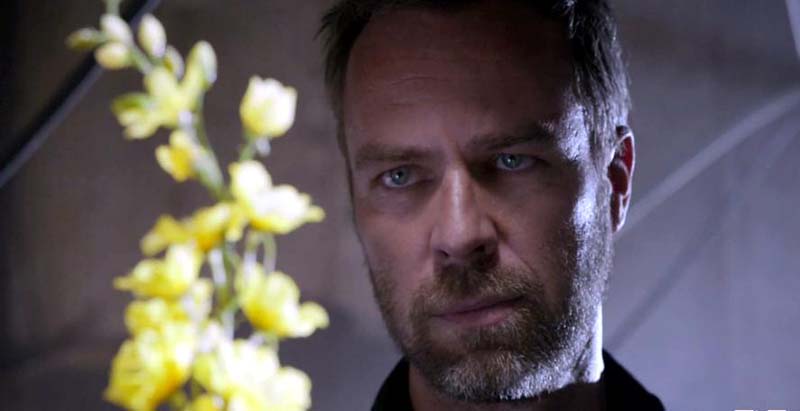 You're a sweet creature, not afraid to express your affection or curiosity. But there is more to you than meets the eye, Gemini. You're a bit of a mystery, so people don't always know what they're going to get with you. One minute you can be bright and bubbly, and the next you can be antisocial and standoffish. The same goes for Deputy Parrish. No one really knew much about him when he arrived to Beacon Hills. While he was gentle and kind, within a moment's notice, he could turn aggressive. That's what you get when a Hellhound takes over your body without you realizing it. You do have an open mind, so you're willing to learn anything about everything. 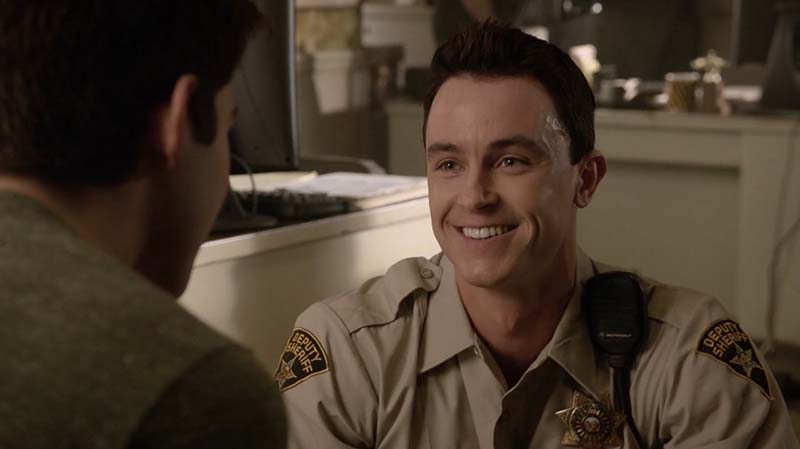 You're an emotional little nugget, Cancer. While you act tough, you're really just doing so because you fear others will take advantage of your more sensitive nature. Much like Liam, you have a tough time opening up to people, always harboring your feelings until they boil over into fits of rage. Thankfully, those who mean the most to you are always by your side to calm you down when this happens. You'd literally do anything for them, because you don't know who you'd be without your pack of closest allies. You're constantly seeking harmony in your life, because for some reason, it's difficult for you to attain. One day you'll get there. 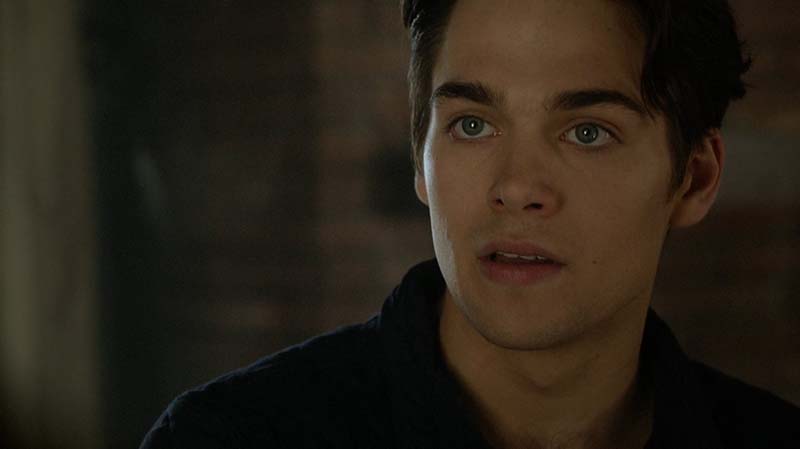 Curious to know which Teen Wolf hunk you're most compatible with? Take THIS quiz to discover your Beacon Hills BF.