Whether or not you want to admit it, most people go through school wishing they were popular. At the very least, it's a fantasy you've daydreamed about once or twice during Algebra.

Like you, I wasn't immune to these thoughts. Being popular meant many things to me, though I can never actually say if any of these notions were true. To me, it meant you were the prettiest, the wittiest and the generally most likable. It meant that you were able to shop at all of the trendy stores and never fall behind on a fad. Mostly, it meant the world was yours.

But one summer night involving a totally awkward sleepover, my impressions about popularity where changed forever. Continue reading to find out what happened at my sleepover to end my popularity daydreams for good:

My family had just moved to a new town, and because it was summer, I spent most of my time alone. I didn't have school to introduce me to a new set of classmates, so I spent my days exploring the town, setting up my bedroom and watching Gilmore Girls reruns. When these pastimes got old, I decided to take advantage of the community pool, which I could walk to from my house. 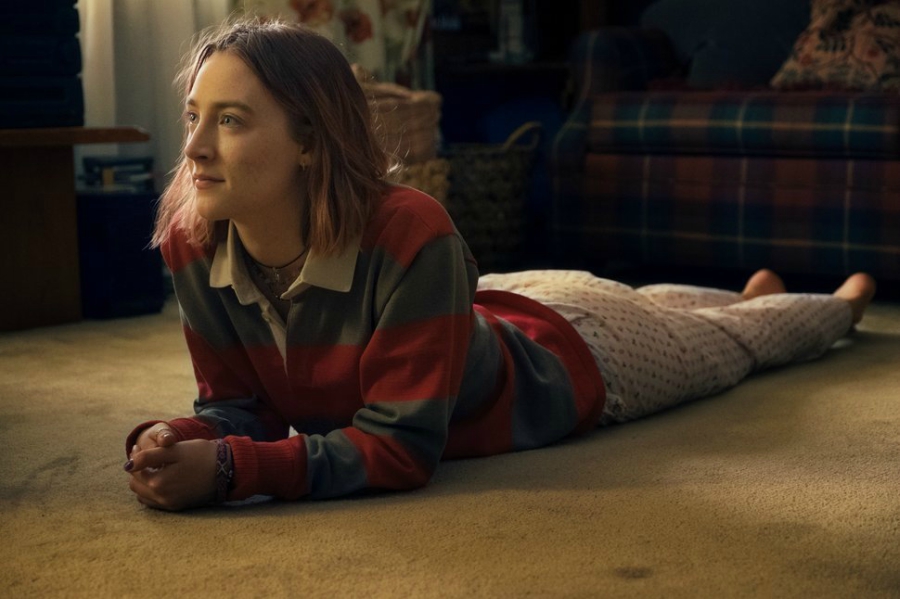 I began to frequent the pool for evening swims that ended with summer night soaks in the jacuzzi. While this was becoming my favorite way to pass the time solo, I had no idea that it would also become the destination of my worst nightmare.

One evening my dad tagged along and immediately began chatting up the other adult pool-goers. My dad may be a social butterfly, but that's one gene he certainly did not pass down to me. Throughout the days, many kids my age would come and go, but never once did I introduce myself.

Shortly after chatting up some random man I learned to be a new neighbor, my dad exclaimed, "He has a daughter your age. You'll probably be going to school together." Cool, cool, whatever, Dad, was my general feeling on the subject.

That was until moments later, when the so-called "daughter my age" came breezing through the community pool gate. Her name was Riley*, and while she may have been my age, she was a good foot taller and twice as mature as I was. In one look I clocked her blonde hair, blue eyes, slim figure and knew immediately what I had on my hands: a popular girl.

I said hello politely, fully expecting this would be my last verbal communication with Riley for the rest of my life. And then it happened. My dad suggested we have a sleepover that night.

I'd only just met the girl two minutes ago! To be fair, I would've freaked out whether or not Riley was popular. Small talk and strangers are two of my least favorite things in the world, and when they combine, my emotions feel like they'll boil over and cause me to spontaneously combust. You may think I'm exaggerating, but the struggle is very real for me.

Inexplicably, Riley happily agreed and thus began what would doubtlessly be the most awkward sleepover of my life. Popular kids are so good at being social, it's irritating. 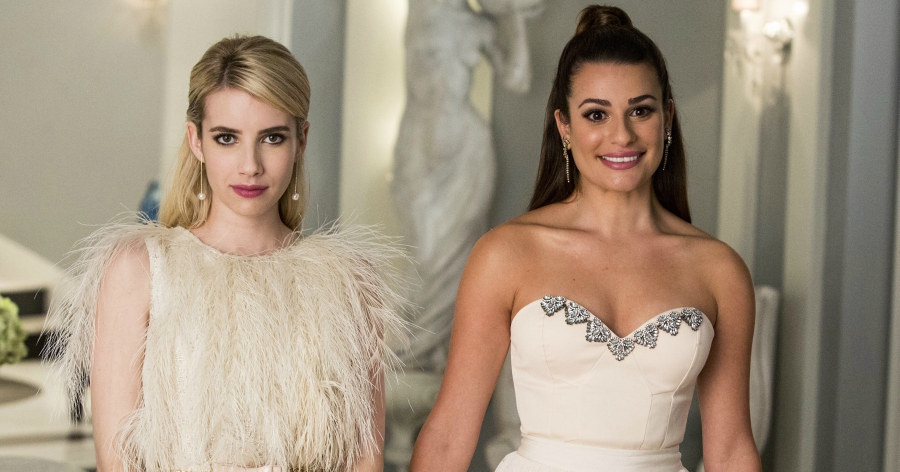 While I was mortified by the initial interaction (yes, my dad did find it necessary to specify that I'd been sitting at home alone all summer long), I began to think that maybe this was my chance. I was in a new town, going to a new school filled with tons of new classmates. Perhaps this was finally my moment to become a new person, rewrite history and rise to the ranks of popularity. Afterall, she seemed genuinely excited to have me over, so maybe the plot was already unfolding.

When I got to Riley's house, we went straight up to her room. I barely had a moment to meet her mom, who seemed like a very accurate version of Regina George's mother in Mean Girls, minus the obvious humor. The first thing Riley suggested we do was blow-dry her hair…

As in, she told me to blow dry her hair. I agreed, thinking that when her head was fully dry she would do mine. That in fact did not happen, and instead, my hair swelled with humidity caused by the warmth of the blow dryer. But instead of blaming Riley, I blamed myself for not speaking up. How could she have known I wanted to trade places if I didn't say so? Right?

My next duty was to straighten her hair, something I'd never done before, but chalked this all up to girl's night fun. Right?!?

After her hair was perfectly styled by moi, we got on her bed—canopy, swoon—and she pulled out her yearbook. Riley began pointing out people who I could be friends with when school started. For a brief moment I was filled with elation as I realized that she was selecting her friends, the popular kids, and thought that maybe I could be friends with them after all. My salon small talk must have been better than I thought. 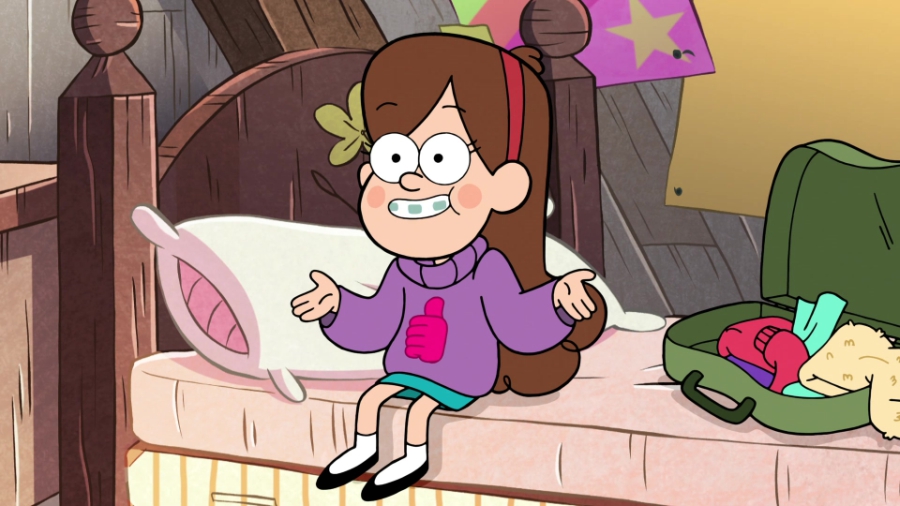 But then she pointed out a girl who looked totally normal—if not slightly less poised than the others—and said, "She's kind of weird, but you might like her."

That's when I realized that Riley didn't see me as her equal. She was fully aware the entire time that I was below her teenage social hierarchy, as though I had my rank tattooed on my forehead.

But more than being rejected, I realized that I didn't even want this person to like me because I didn't like her. She was rude, totally inhospitable to her guest and generally mean-spirited. The fact that she behaved this way with a gorgeous smile on her face threw me off for the first half of the night, as though I was being paranoid and she was super nice, but I began to see through those pearly whites. 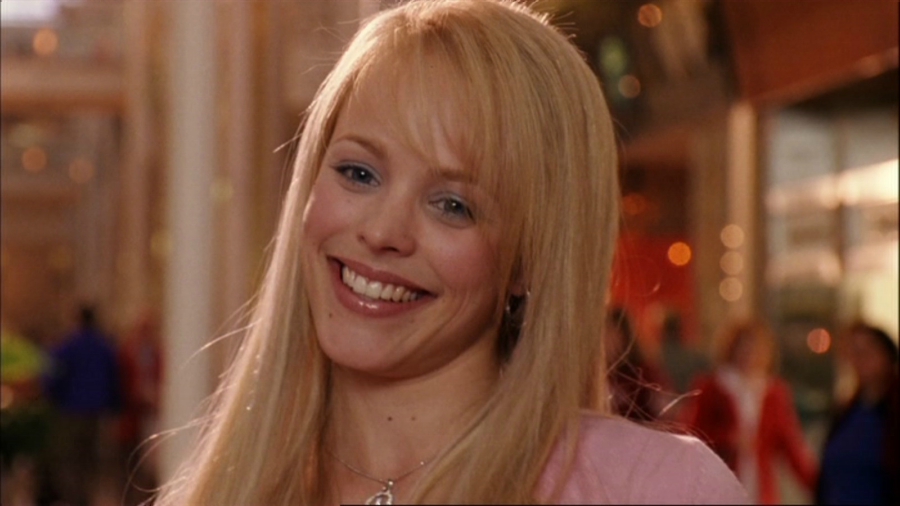 I suffered through the rest of the sleepover, though quickly realized that I could just keep quiet and she would happily gab on and on until lights-out. Through the conversations I realized that we had very little in common, from the music on our iTunes, to the movies we loved, to our individual senses of humor. The next morning, I retreated down the cul-de-sac and never went to Riley's house again.

I felt like a new person with the acquired knowledge that I was actually happy being exactly who I was. The type of people I'd become friends with was up to me and our shared compatibility. I didn't need to swallow insults like they were sugar pills just to "be happy."

The truth is, just because I didn't like Riley doesn't mean she's a bad person, and it definitely doesn't mean that all popular people are like Regina George. Simply put, we're just different.

I wouldn't want to change who I am to fit into a different mold, and I'm hoping that this story proves that neither should you. It may have been the longest and most awkward night of my life, but at least I came out of it with a redeemed sense of confidence.

With popularity daydreams in my past, my next biggest battle was overcoming my introvertive nature. Click HERE for tips on how to make friends when you're shy.