It's National Tell A Joke Day, and if you love puns and punchlines as much as we do, today will be just heavenly for you. Clearly, celebs like Ed Sheeran and Fifth Harmony are fans of the holiday, and we've got videos to prove it.

Bethany Mota was the victim of one of the best/worst knock knock jokes in history. 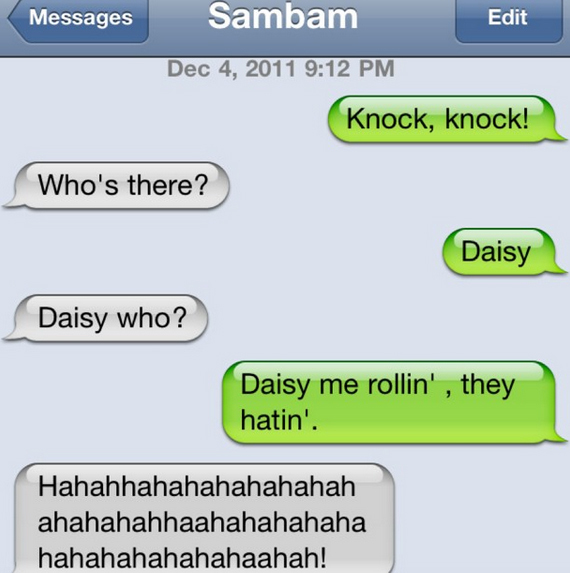 Christina Perri tells her favorite joke about sacks of potatoes.

Ariana Grande's "purple bathtub" joke on Victorious never quite gets resolved, and that breaks out hearts.

This knock knock joke by Calum Worthy goes nowhere and we don't mind at all.

At the Teen Choice Awards last year, Taylor Swift was not afraid to have a little bit of fun at her own expense, pre-"Blank Space."

Which member of the Austin & Ally cast told the funniest joke?

Shailene Woodley's favorite is an oldie, but definitely a goodie.

Which joke had you actually laughing out loud? Share with us in the comments, and be sure to let us know about your all-time favorite joke!