Play a Fast-Paced, Choose-Your-Own-Adventure Game Starring the Guardians of the Galaxy

If you've never played a chose your own adventure-style Telltale Game, Guardians of the Galaxy: The Telltale Series is a great place to start.

Firstly, after the two hit Marvel movies, it's tough not to love the Guardians. Secondly, the characters are the perfect combination of heroic, selfish, kind, funny, annoying and rude, meaning you can make pretty much any decision on their behalf and it'll make perfect sense. 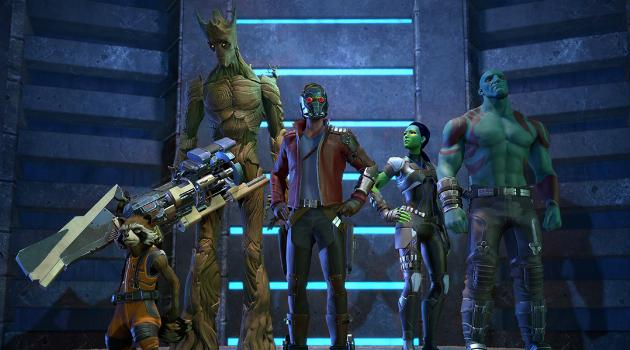 We've loved every game we've played from Telltale so far, so we were thrilled when the company gave us a code to review all five chapters of their Guardians of the Galaxy game.

Telltale's games are different than most because they're all about the narrative. They don't play like typical games because, for the most part, you're watching a story unfold.

You'd think that would mean that players don't have a ton of input into the games, but that's not the case. You get to make a lot of choices, and those choices impact the story in major ways. Sometimes, these decisions are small, like picking the tone you take in a conversation. Other times, you'll be making important choices for the group, taking sides during a team argument or even making decisions that could be life-or-death for those involved. You'll even have the choice to stay silent—though that's pretty uncharacteristic of the Guardian gang.

This is a powerful mechanic within Guardians of the Galaxy: The Telltale Series because so much is at stake. For the most part, you control the words and actions of Peter Quill, aka Star-Lord, as he leads his ragtag team consisting of green-skinned butt-kicker Gamora, tattooed warrior Drax, Rocket the raccoon and Groot the man-tree. As the story begins, the Guardians are called in to help take down Thanos (who you may or may not already know as the big bad from Avengers: Infinity War). 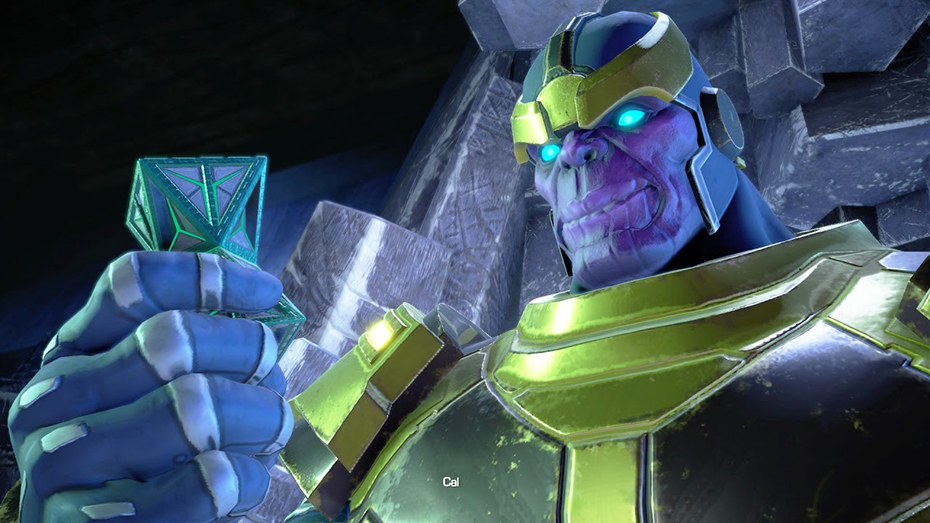 Soon, you find yourself in possession of a mystical object called the Eternity Forge with the power to bring people back to life. In the wrong hands, it could result in the end of the galaxy. Do you turn it in to the good guys for safekeeping? Sell it to a slightly bad guy for a lot of cash? Keep it for yourself to revive Star-Lord's dead mom? Destroy it to lock away its powers once and for all? The choice is yours, but each one has its consequences, and you only have a limited amount of time to pick your course of action.

It's tough to talk about the plot, not only because it's awash with potential spoilers, but because every play-through is unique. If you decided to destroy the Eternity Forge early on, your story would be almost entirely different than ours.

Our game's narrative was strongly driven by the question of who you'd bring back from the dead if you could. Given that Peter Quill lost his mom as a child, your first inclination might be to revive her, but others have also lost people. The game lets you discover the story of Rocket's lost love, a sweet otter named Lylla, and reveals more of Drax's relationship with his budding warrior daughter, Kamaria. Of course, you can't revive anyone if you destroy the Forge—or if you lose it to evil forces. 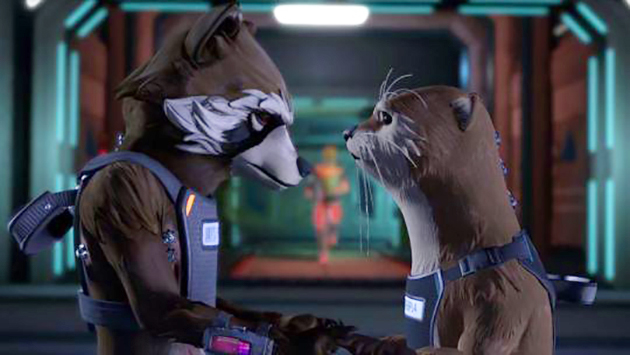 If you're really attached to the onscreen versions of the Guardians, the game's take on the characters may feel strange at first. This Star-Lord doesn't look anything like Chris Pratt, and Gamora's look is a totally different take from Zoe Saldana's. It can be a distraction at first, but as you play through the game's five chapters, you'll grow to know and love them. 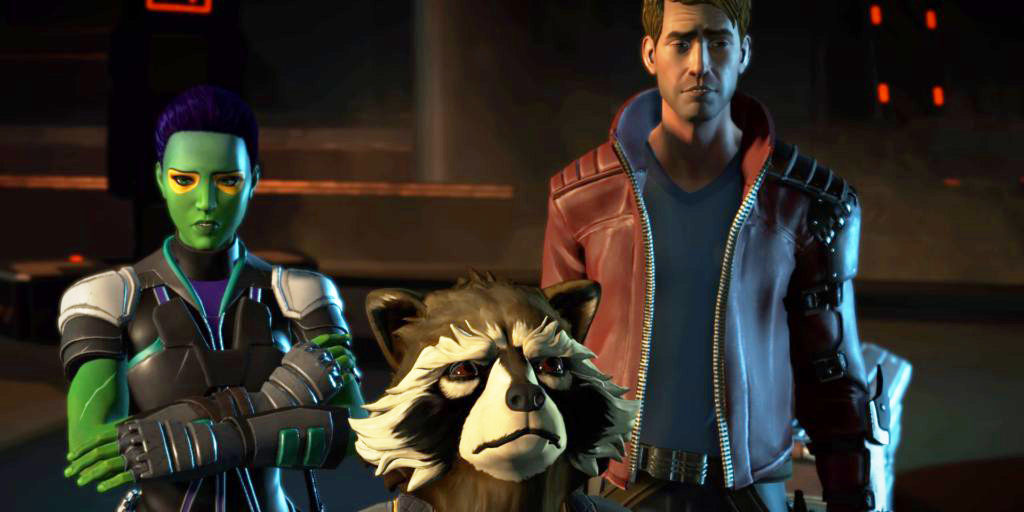 Rocket is a standout and probably the most lovable character in the game (sorry Groot). Even when he's being a massive jerk, it's hard not to side with him, despite the fact that Gamora is making a lot more logical sense.

But if you love the movie Guardians, chances are you'll like these, too. The stories are compelling and written with a dash of humor, and it's really cool to jump into a version of Guardians of the Galaxy where you get to call the shots. We particularly liked a scene where you play as Groot, and even though you have multiple dialogue options, each one results in his saying "I am Groot." 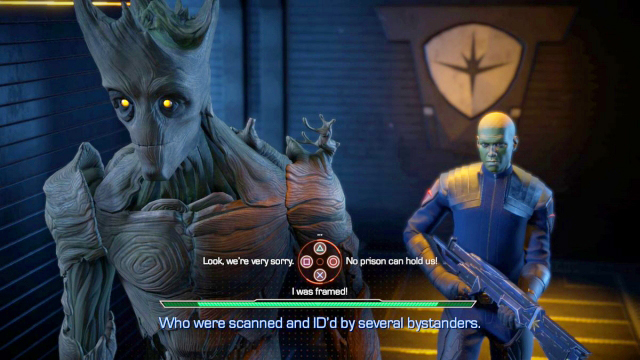 Thanks to the branching storylines, the episodes are also worth replaying. It's always fun to see how different actions have really different results, and since each episode is a little under two hours, it's not too much of a commitment to try them again and again. And we highly recommend replaying the last chapter a few times to see how different choices play out.

At the end of each episode, you get to see how your decisions weigh up against those of other players. Maybe you took the popular route. Maybe you're part of the 5% who decided to do something really out there.

The beauty of the game is that everyone will approach it differently. You might make choices based on how you'd act in that situation, or based on who you think Star-Lord should be. Maybe you think he's mostly heroic, or funny, or standoffish. It makes a big difference in the end, and it's all a result of your choices.

If we had to complain about the game, it's that it doesn't utilize the same bold-lined comic-book art style as the other Telltale Games. With this game, they went for a smoother, more polished aesthetic, but it's not as alluring and, for some reason, makes some of the character movements seem a little robotic.

Guardians of the Galaxy: The Telltale Series is rated T for Teen, and is available in its entirety on Steam for $24.99, and in the PlayStation Store and on Xbox Live for $19.99.

If you dream of being one of the Guardians, click HERE to find our which Guardians of the Galaxy 2 character you are.