I didn't think too much of it until yesterday, when my coworker Ashley looked at me and said, "Dahvi, that key tattoo is still on your neck?!"

It was at that moment that everyone else in our meeting gasped; and I, too, was even taken aback. Why, yes, it was in fact that same tattoo. How is it still there?!

In case you need a refresher, two weeks ago, I spent an afternoon patting myself with drenched paper towel and peeling off the backings to a handful of INKED by Dani temporary tattoos. As commonly happens with fake tattoos, most of them didn't see more than 24 hours of life. Once the tiniest bit begins to peel or fade, it's time to scrub it off altogether. And then the one I tried to place in between my fingers was pretty much faded by the time I even put it on because it was being touched so much. 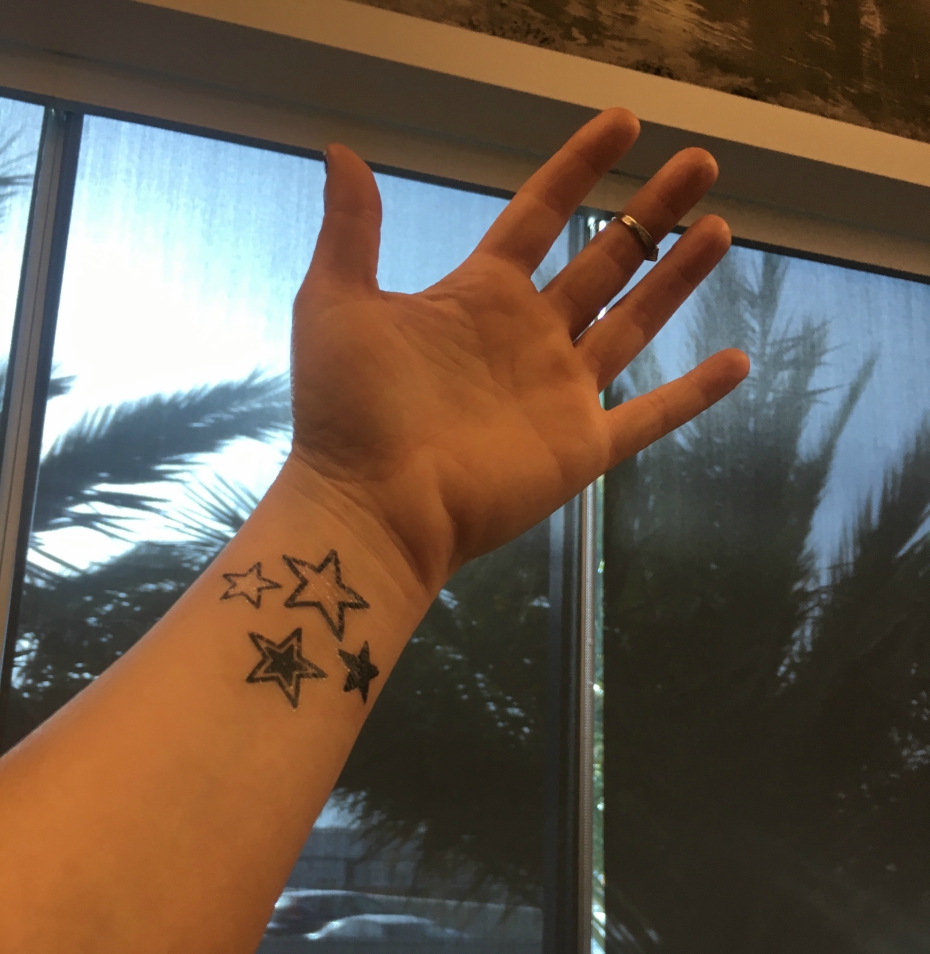 Okay, so just how on earth is this little mini key still trucking along? I realized the trick is placing the piece of artwork somewhere that doesn't frequently get touched, and keeping the size small. So, in the case of the key, it's super tiny, and I put it directly behind my ear. I guess it helps that I rarely wash my hair, so even though I bathe frequently, the part of my body sporting the tattoo isn't aggressively handled.

Given the longevity of the tiny key tattoo, I decided to take things a step further and go for something slightly bigger and more colorful—enter pink pineapple. So, here's hoping I get people talkin' this weekend. But seriously, how cute is this? 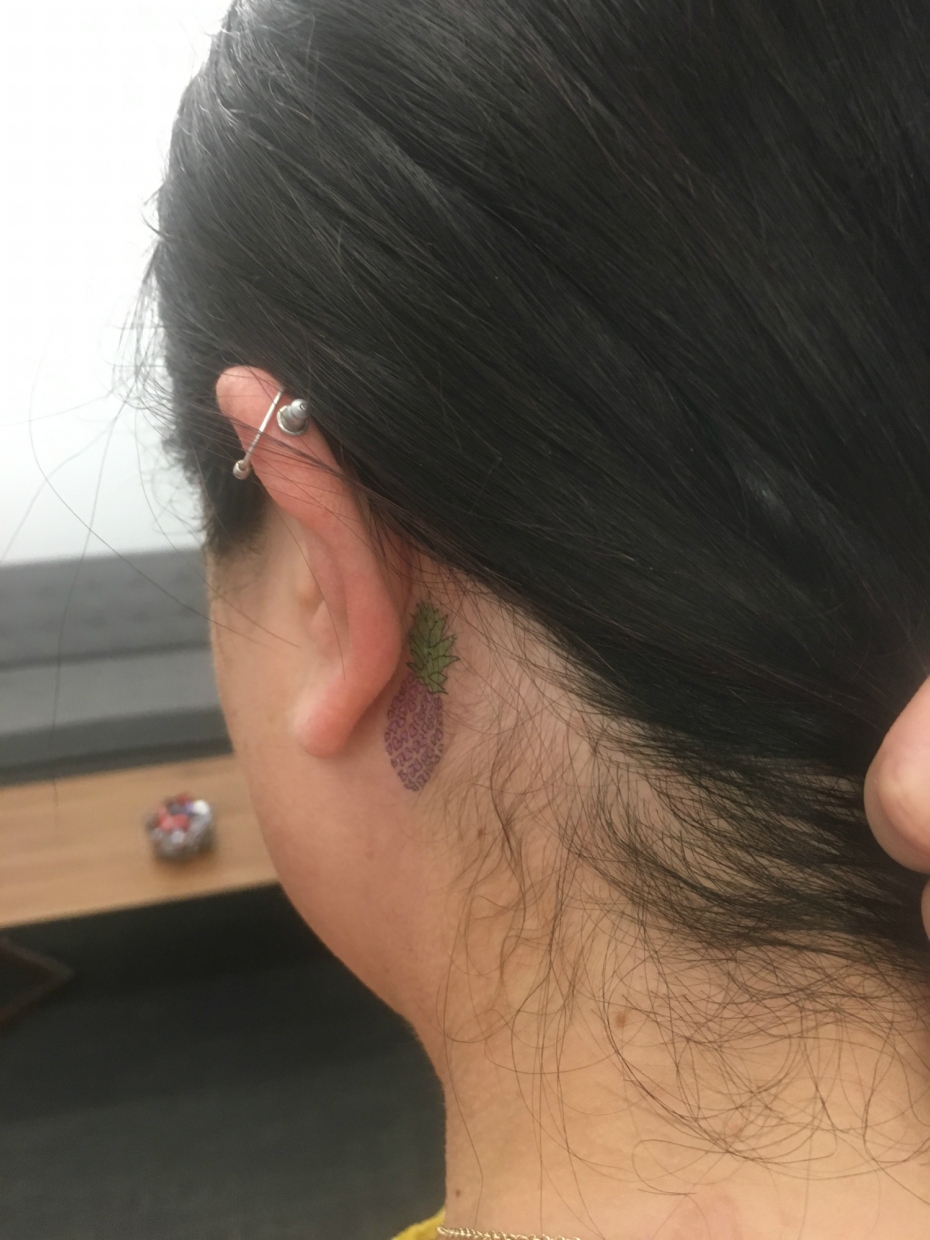 If you're all about coloring yourself up, you need to check out THIS lipstick subscription box!