Terrell Ransom, Jr. On The Amazing World Of Gumball!

11-year-old Terrell Ransom, Jr. is the voice if Darwin the goldfish on Cartoon Network's animated series The Amazing World Of Gumball. He told us all about the role and more in a recent interview! 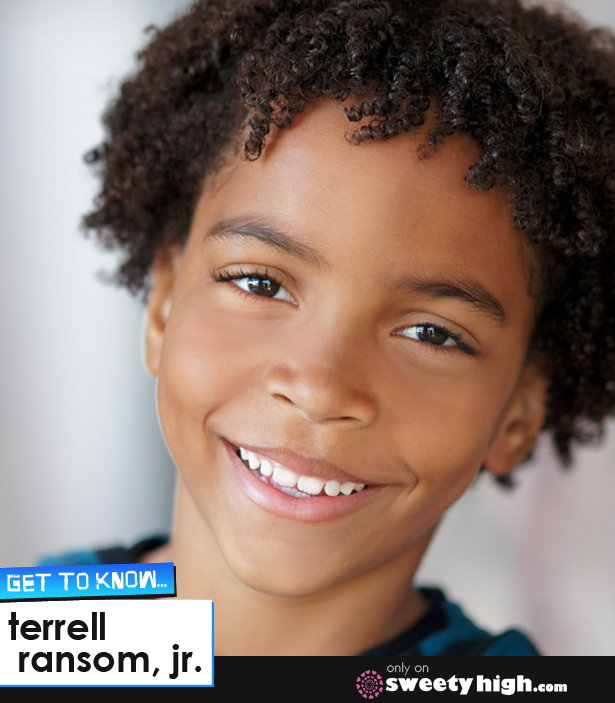 In addition to voicing Darwin, Terrell Ransom, Jr. also does live-action acting, appearing in various shows and moves including Days Of Our Lives.

"With voiceover work it's really easy," Terrell explained. "You can go in wearing sweatpants and just go into the booth and read the script."

But live acting requires a different set of skills and a lot more preparation.

"You have to read your script and you have to memorize it," he said. "You wear these costumes and get into the wardrobe. You go on different sets and stuff. It's really, really cool to go from voiceover to live action and they're really different."

Asked whether he prefers voice work or live acting, Terrell had a tough time picking between the two.

"I really love acting," he said. "When you really love it, everything is really, really fun. I've been so blessed to do a lot of stuff like TV shows, a Lifetime movie and a lot of commercials. I like voiceover and live action the same."

Terrell Ransom, Jr. started voicing the character Darwin at the beginning of The Amazing World of Gumball's third season. He took over the role after the previous voice actor, Kwesi Boakye, went through a voice change.

Terrell thought it was easy to step into the shoes of his favorite character. He had been a fan of the show for years, and would often always imitate Darwin, years before he ever tried out for the role.

"I used to do his voice while watching the show," Terrell said. "I knew the episodes because I watched them so much. It was really easy for me to recreate the character, but it was also easy for me to make it my own in the same way."

In the show, Terrell plays Darwin, a goldfish who used to be the house pet of Gumball the cat. One day, Darwin grew legs, gained the ability to speak and became capable of breathing air, so Gumball's family decided to adopt him as a son!

We asked Terrell if he has any pets, and what it'd be like if something similar happened to them.

"I actually do have one pet, a goldfish," he answered. "And guess what his name is! You're not going to believe this. His name is Darwin. So I think if he grew legs and was my animal companion, I would be pretty excited."

Terrell said he's similar to Darwin, in a few ways.

But unlike Terrell, Darwin can be a little naive, which his adoptive brother, Gumball, sometimes takes advantage of.

Terrell and the rest of the cast recently wrapped up season 3, and the episodes are airing now. They're already working on season 4!

He said that kids and their families should tune in to catch the show because it's great for fans of all ages!

"The Amazing World of Gumball is a real family show," he said. "Before I was Darwin, my whole family watched it. My grandma did. My dad did. My mom did. Every week a family can get together and they can watch the show on TV. "

Love The Amazing World of Gumball? Join our community at Sweety High to discuss your favorite animation and check out related interviews below!