The Worst Ways to Be Rejected, Based on What Happened to Me

No matter how it happens, rejection always sucks.

When you're crushing hard, it's difficult to be told that the object of your affections just doesn't feel the same way. However, there are good and bad ways to go about the difficult process of telling someone you're just not that into them. 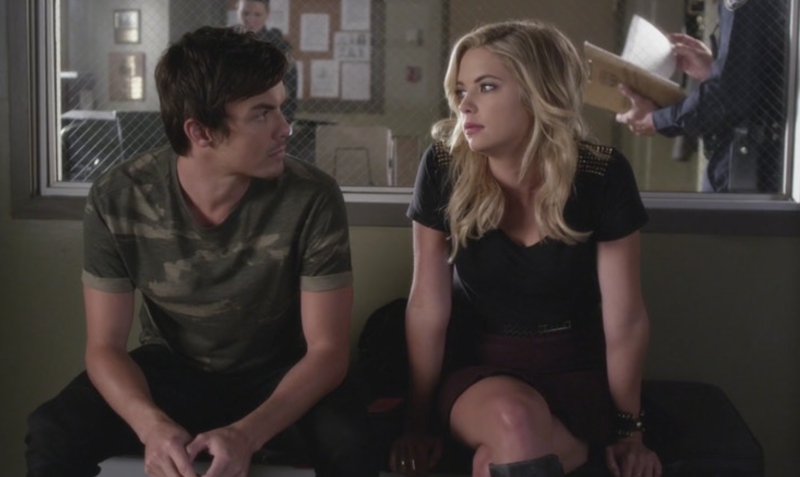 In my dating life, I've faced all types of rejection. Some were positive and really helped me move on from my former fling, and some were absolutely terrible, leaving me feeling angry and irritated at the lack of closure. Overall, all my experiences have given me pretty darn good insight into good and bad ways to reject someone.

Keep scrolling to read my personal take on the worst ways to be rejected, based on what happened to me.

The 'Dating My BFF' Rejection

I wasn't much for dating when I was younger. I recognized fairly early on that early adolescent relationships didn't seem to last very long, but they did seem to be plagued by drama and it just didn't seem worth it to me at the time. Therefore, when I developed fairly strong feelings for one of my friends toward the end of middle school, I wasn't quite sure how to handle it. I didn't really want to date yet—it felt too early in life for me—but I also didn't want him to date anyone else, which put me into quite the conundrum.

As it goes in middle school, my feelings eventually worked their way through the grapevine and back to my friend's ears. I was absolutely mortified that he now knew how I felt, but it did push me to confront the problem. We sat down and had a long chat about it, where he told me that he had feelings for me as well. While his confession made me happy, I decided to be honest with where I was in my head. I told him that I wasn't sure if I wanted to date yet, and asked if we could just work on spending more time together and see where things went. He agreed and I felt on top of the world. My feelings were returned and I could be on my way to relationship-station if everything went smoothly. 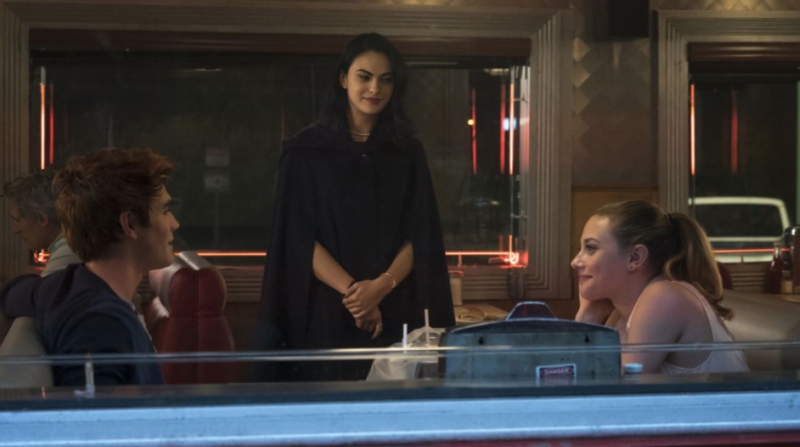 As you can probably guess, everything did not go smoothly. About a week later, I got a call from a mutual friend informing me that my crush and my best friend were now dating. I was absolutely floored. Beyond the betrayal I felt from my best friend, I was also utterly confused. Why did he tell me he liked me if my BFF was really who he was after? Looking back, I think it was a combination of being a dumb middle school boy and not having the courage to say how he felt face-to-face. I later learned that he and my best friend started talking about dating right before my feelings came out—a fact she conveniently didn't share with me. I think my crush assumed that I would figure it out once they were official, which temporarily avoided a difficult conversation between him and me.

Moral of the story, lying about your feelings and assuming that someone will figure it out eventually is not a good method of rejecting someone. Sure, I got the message, but it sparked a lot of drama and hurt feelings between me and two people I cared about. If you lie to someone about how you feel, it may make you more comfortable temporarily, but you're just delaying a difficult conversation. Be honest with where you're at from the beginning, and you can save a lot of hurt later.

In the middle of my junior year of high school, I ended a fairly serious long distance relationship. Although I truly cared about my ex, I was over the relationship for a while, so I was more than ready to hit the dating scene. Almost immediately, I was told that a boy in my class was interested in me. One of my friends passed along my number, and we started texting back and forth fairly regularly. He was a really interesting and exciting person to talk to, and it didn't take much time before I was crushin' hard.

However, there were definitely red flags in our flirtationship. Although we would text all day every day, he never made a point to talk to me during school hours. This might not seem like that big of a deal, but there were only about 200 people in our entire high school, so not communicating with me felt a little pointed. Still, I was hopeful for a happy recovery from a long and unhealthy relationship, so I pushed my fears to the side.

After about a month of talking nonstop, I started to get impatient. I wasn't exactly sure what his goal was, but I knew that I was tired of only communicating through text. I consulted a few friends and stewed over the problem for much longer than I should have before finally deciding to just make the first move. After consulting each and every member of my squad to ensure I had the best possible wording, I sent him a casual text asking him if he wanted to grab a bite to eat that Friday. 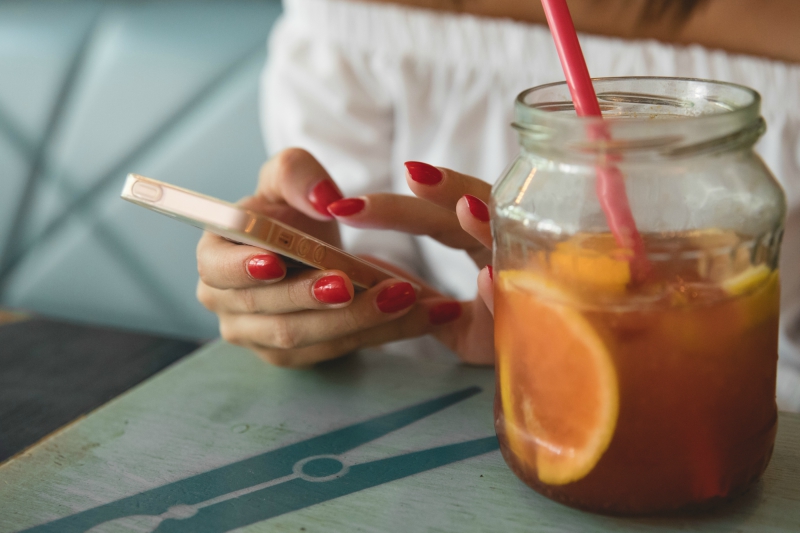 Now, we had been talking nonstop for weeks. I felt much less weird about asking him out than I did about the fact that he hadn't asked me out yet. Still, my text was met with total silence. It was really abnormal for him not respond to me, but I figured he was probably busy that night and would respond later. Well, a few days passed and still not a single text from him. At this point, I wasn't quite sure how to feel. Obviously I didn't want to go on a date with someone who had no interest in me, but I couldn't totally ignore the past few weeks that I had invested into this relationship.

Eventually, I decided to swallow my pride and reach out again. I figured maybe I came on too strong, that he had just forgotten to respond, or a few other lame excuses I conjured up in my head. I didn't want to be overly dramatic, so I just sent an unrelated text—something about our homework or some other random thing that happened during the school day. Again, radio silence. I had no idea where I had misstepped, and I fluctuated between anger and sadness for weeks. It wasn't that I was that attached to this boy, I just felt incredibly confused about what the heck had happened.

I still have no idea what on earth was going through this guy's head to this day, and it honestly doesn't matter. For whatever reason, he decided he wasn't interested in me, and figured ghosting me was the best way to let me know. It was confusing and frustrating, and it caused me to spend way more time obsessing about our fling than I would have if he had just straight-up told me he wasn't feeling it.

Disappearing on somebody is a selfish way to reject them. Not only does it only take into account your feelings, it also leaves the other person with zero closure. Be upfront with your feelings and guarantee that you both know what's going on.

Towards the end of my time in college, I went through yet another breakup that left me ready to jump into the singles dating scene. I was sorely out of practice and wasn't really looking for a new relationship, so my sudden crush took me totally by surprise.

This latest crush and I had many mutual friends, but we had never actually spent any time together. As we started to hang out more, I could feel those  butterflies fluttering in my stomach, and I quickly realized that this feeling wasn't going away any time soon. I was very drawn to him in group settings, and we would often end up chatting quietly by ourselves while the rest of our friends talked around us. The more we talked, the more "in like" I felt, and our close rapport made me feel like my feelings were mutual.

After a while, we exchanged numbers and began texting back and forth. The conversations were usually mundane and uninteresting, but I was still on cloud 9. We were talking after all—that had to mean he was interested in me, right? 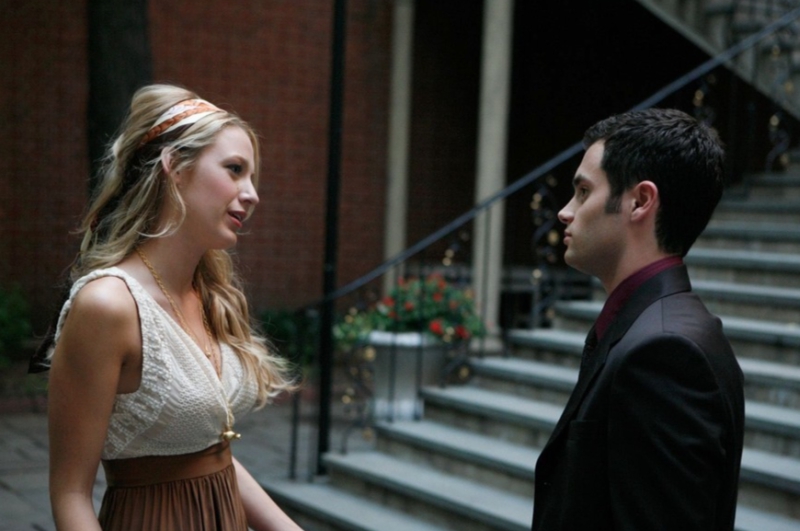 Apparently, history enjoys repeating itself because this text relationship went much the same way as the last one. We texted for weeks, on and off. Some days he seemed incredibly invested in the conversation, and other times he wouldn't respond for a few days at a time. However, we both led very busy lives, so I didn't read into it. We still had an obvious connection when our group of friends would merge, so I was fully convinced that I just needed to bide my time and things would work out between us.

After about two months of our off-and-on conversations, I began to get angsty. I didn't want history to repeat itself, and I could feel myself getting more and more invested into this relationship. I also wasn't much for texting, and the effort I put into our virtual relationship was beginning to wear on my nerves.

The next time we were alone together, I decided to confront my feelings. I brought up the signature "so what are we" conversation, feeling a little cliché, but also very justified. He stumbled through a few excuses that didn't make much sense, before finally landing on an answer. He explained that his life was busy, and he just couldn't date "right now," but he really liked me and didn't want whatever we had to end.

I could understand being busy. Relationships are a lot of work, we were in college and there were plenty of things filling up both of our time. Between schoolwork, classes, internships and jobs, I completely understood where he was coming from. And he said "right now," which in my mind implied that there was a future for us. 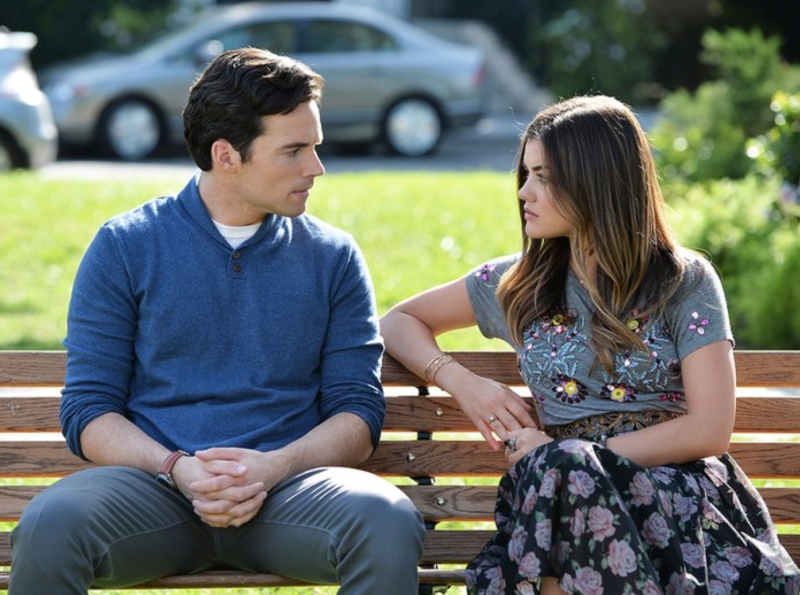 However, over the course of the next couple of weeks, his texts became less and less frequent, until they stopped all together. I was annoyed at where things were going, but I was unwilling to chase him, so I let things fizzle out and privately stewed in my irritation.

About a month after our "what is this" conversation, I found out he was dating someone else. I quickly realized I put too much focus on the wrong part of our conversation. When he said he couldn't date me right now, what he really meant was he couldn't date me right now. It was such a subtle rejection filled with so many kind affirmations about the state of our relationship that I completely missed the point.

When rejecting someone, it's perfectly okay to try and spare their feelings, but you also have to close the door on any future between the two of you. By telling me it wasn't the right moment, he made me feel like the right moment would eventually come, keeping me fully invested in our little fling. It's better to fully close the door and tell your admirer that you just don't see this going anywhere. Like, ever. It many sting more in the moment, but it will do you both a lot of good in the long run.

These may have hurt to receive, but I've also done my fair share of unhealthy rejections in the past. Click HERE to see all of the worst ways I've told someone I didn't like them.