Terry Hu on Joining the Cast of Never Have I Ever and Their New Character, Addison

This summer, we've been seeing a lot of actor Terry Hu, and we couldn't be happier.

First, they graced our screens as the alien A-Spen in Disney+'s Z-O-M-B-I-E-S 3, and now, the non-binary actor can be seen playing newcomer Addison in the third season of Netflix's hit teen comedy series Never Have I Ever. In both cases, Terry played non-binary characters, authentically reflecting their real-life identity,  and we got the chance to catch up with them to chat about the new role and what it meant to them to join the show's all-star cast.

Sweety High: Never Have I Ever is both a hilarious and groundbreaking series. How exciting was it to hear that you'd booked the part?

Terry Hu: Huge yes to both of those adjectives (and to so many more)! I was just, to put it simply, over the moon. I mean, it's such an iconic and beloved show—I think the fact that it hit No. 1 in truly like more than 10 countries on Netflix within two days of Season 3's release is a testament to that—and to be part of it in any capacity was such a blessing. Also, the character and show are very different from that of the last project I worked on, so I was excited to explore something new. 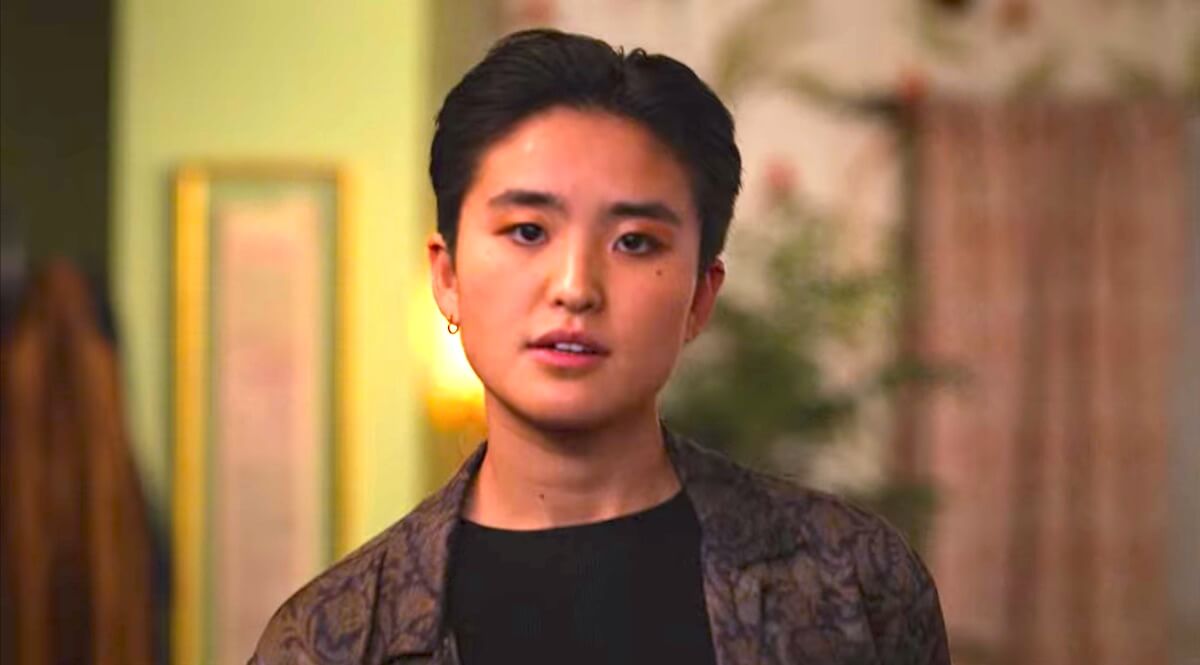 Also read about: 65 Powerful Quotes From Netflix's The Sandman to Use as Instagram Captions

SH: Was it tough for you to keep the secret once you'd been cast?

TH: Yes, for sure! My casting wasn't announced for like five months, so I definitely had to practice quite some self-restraint.

SH: What can you tell us about Addison? How does their addition to the cast shake things up for Devi and her friends?

TH: Addison is one of Des's good, cool and nerdy friends from his prep school, who accidentally shakes things up for Devi and her friends—one friend (or two, depending on how you think about it!) in particular—when they join Des one night to hang with Devi and her crew. I won't go into too many details but let's just say that by episode eight, you might find yourself with some strong opinions (good or bad) about Addison's introduction. 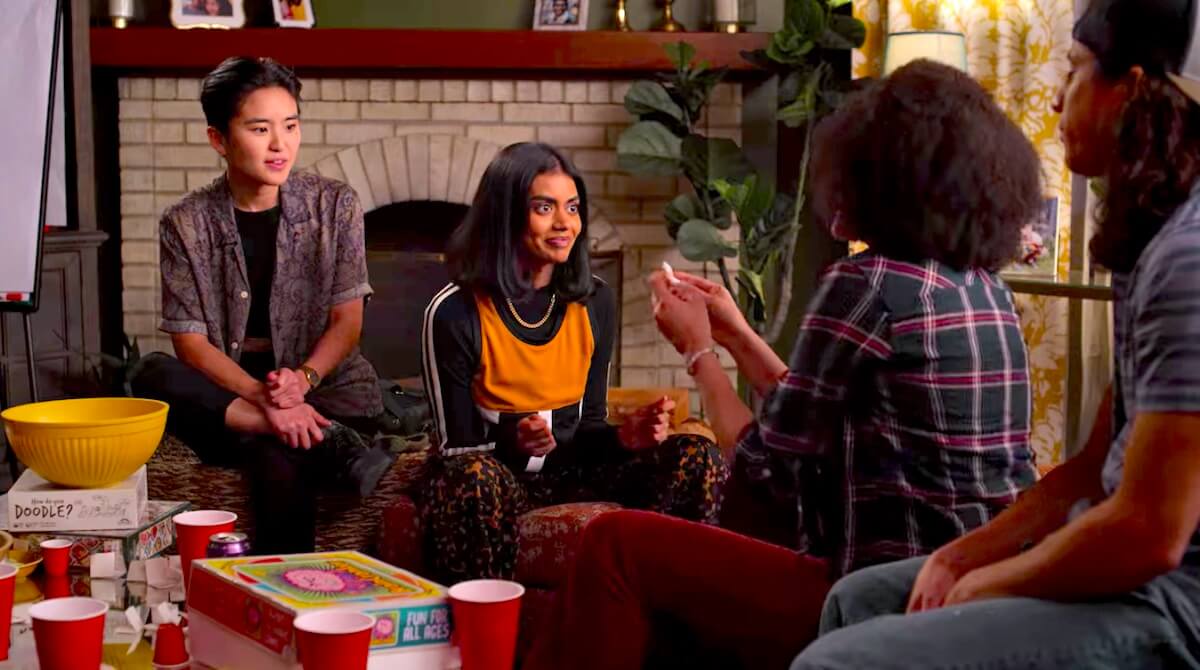 Also read about: The Best Quotes From Netflix's Never Have I Ever to Use as Instagram Captions

SH: What are your biggest similarities to Addison? Your biggest differences?

TH: I would say we're actually pretty similar—we definitely both are secretly (or not so secretly?) nerdy. I love playing chess and I feel like that's something Addison, who is a huge Brain Cranker fan, would also be really into. In terms of differences, the biggest one that stands out is that they go to a fancy prep school—could not be me!

Also read about: Everything You Wanted to Know About Never Have I Ever Star Jaren Lewison

SH: What was the most memorable part of getting to join the series? Is there anything you can't wait for fans to see?

TH: Aside from getting to actually meet these awesome people who, for the past two years I had only seen onscreen as their characters, something that was also really memorable and special to me had to do with my best friend, Asmita Paranjape, who is one of the writers (she wrote episode three of Season 3—hit that!). We both graduated with STEM majors from UCLA five years ago, but pivoted our career paths completely. Fast forward to this year, and she got to visit the set while I was filming on this incredible show that she writes for! Super surreal. 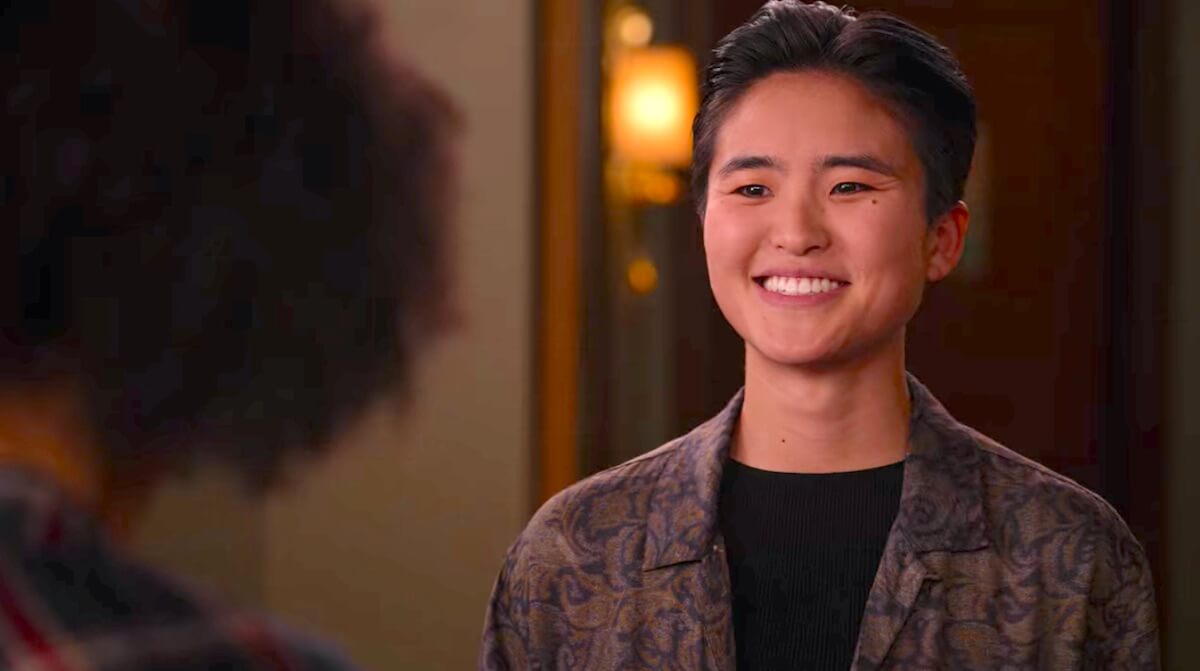 TH: I genuinely screamed when I saw Never Have I Ever listed as the No. 1 show on my Netflix homepage the other night. I hope it's everything you all wanted and more!

For even more from Terry, click HERE to read our interview with them on their role as A-Spen in Z-O-M-B-I-E-S 3.