Tips and Tricks for Improving Your Skills in Tetris 99

Nintendo surprised all of us this week by dropping a brand new battle royale Tetris title called Tetris 99 on the Nintendo Switch, and it's even more fun than we could have anticipated.

The free game can only be played on Nintendo Switch Online and pits each player against 98 competitors. Not only do you have to focus on your own Tetris game by clearing horizontal lines across the screen, but you must also deal with incoming garbage blocks from attacking opponents, and select enemies to send your own unwanted blocks. Your ultimate goal is to try to survive longer than anyone else, but with almost 100 people going head-to-head, being No. 1 is no easy task.

If you're a beginning player, joining the fray can be pretty intimidating, but the better you understand it, the better you'll do. Simply follow these five tips to improve your chances of securing that top slot.

Your ability to play any Tetris game will improve a lot as soon as your brain starts to recognize the shape of different Tetris blocks—aka Tetriminos—based on the colors alone. The more you play, the more you'll come to understand the different Tetromino shapes and how to use them to their fullest. Once you're able to look at an open space and know at a glance whether you need the orange L-shaped block or the blue J-shaped one, you'll be in really good shape—especially when the speed starts to ramp up. 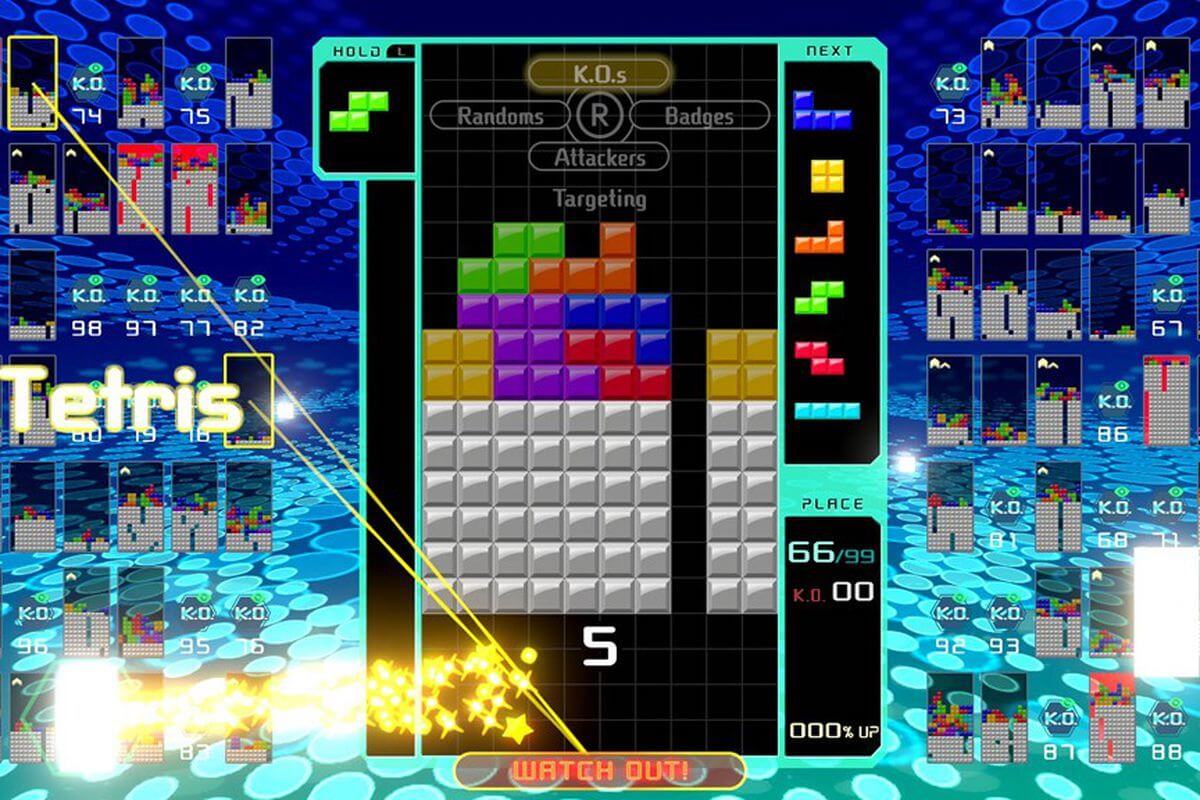 Make Use of Hard Drop

Tetris 99 can be pretty cutthroat, so you don't have the luxury of playing it like a casual round of Tetris on your own. Playing slow and weighing your options for every single move won't cut it, and with the odds constantly stacking again so, you'll have to work fast. When you know exactly where you want a Tetromino to go, don't waste time holding the down motion button to drop it into its slot. Instead, the up button will instantly hard drop it, meaning you can drop multiple blocks in the times it might take you to drop one otherwise. Speed is your friend, and the hard drop is the best way to move very, very quickly.

Hold Tetriminos to Your Advantage

The upper lefthand corner of your play area has a "Hold" box, and it might just be your most important tool for carving your way to victory in Tetris 99. When it's empty at the beginning of the round, you can press the L or R button to store your current Tetromino there, so you can bring it out later once you actually need it. When you want to take it out, just push one of those shoulder buttons again to take it out of its hold and replace it with the current block.

Toward the beginning of the game, you'll probably want to store the long I-shaped blocks because they allow you to clear out four rows of blocks at once. This move is called a Tetris, and it's the most advantageous in the entire game. Later, when things start moving really frantically, the holding area is also invaluable for ditching blocks that aren't of any use to you right now, allowing you to avoid placing Tetrominos that don't fit nicely onto the board just yet. 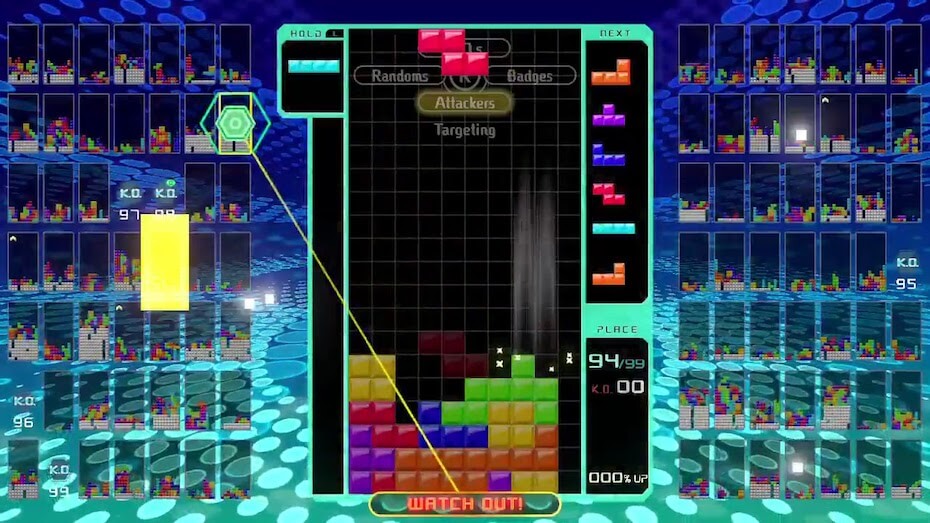 One brand new feature in Tetris 99 is the targeting system. Whenever you make blocks disappear, you send garbage blocks to an opponent to make their game a little harder, but it's up to you to choose who gets these blocks. By using the left analog stick, you can pick this person manually, but with the right one, you can be a little broader in your selections. As the name implies, "Randoms" selects a target at random. "Attackers" goes after someone who's specifically going after you at the moment, while "K.O.s" will target people whose screens are filling up and are close to getting knocked out. Finally "Badges" targets people who are performing particularly well.

There's some strategy to selecting your targets. When you're being attacked, it can be wise to return the favor, as it might cause them to back down. If you want to narrow the playing field, go after those who are about to be K.O.'d. In our opinion, it's not always the best idea to attack the best players because they may have the skills for a powerful retaliation—but if others have the same plan, it just might knock them out of the game.

Practice is the best teacher, and the only way to get really good at Tetris 99 is to keep playing and figure out what strategies work best for your play style. The more you play, the more you'll develop your own style and figure things out for yourself. Most importantly, you should have fun while you do it. If it's starting to stress you out instead of bring you joy, but down the game and try again later when you're in a different frame of mind. 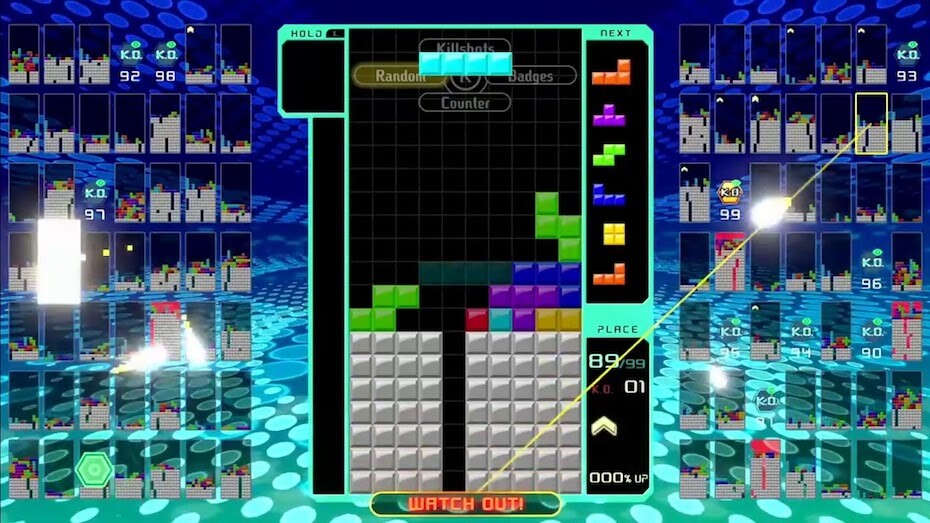 If you're obsessed with the Nintendo Switch, click HERE to find out why we're more likely to play games on the console.