Here's What Happened When I Took a 48-Hour Texting Hiatus

It's a no-brainer that the number one form of communication these days is text.

Most of us cringe when we have to actually call someone (I know I do), and sometimes it's just easier to text than deal with certain situations in person. I actually enjoy talking to people, but because we're used to doing it so infrequently, I get stressed over the thought of having real conversations with people who aren't my mom or my boyfriend. 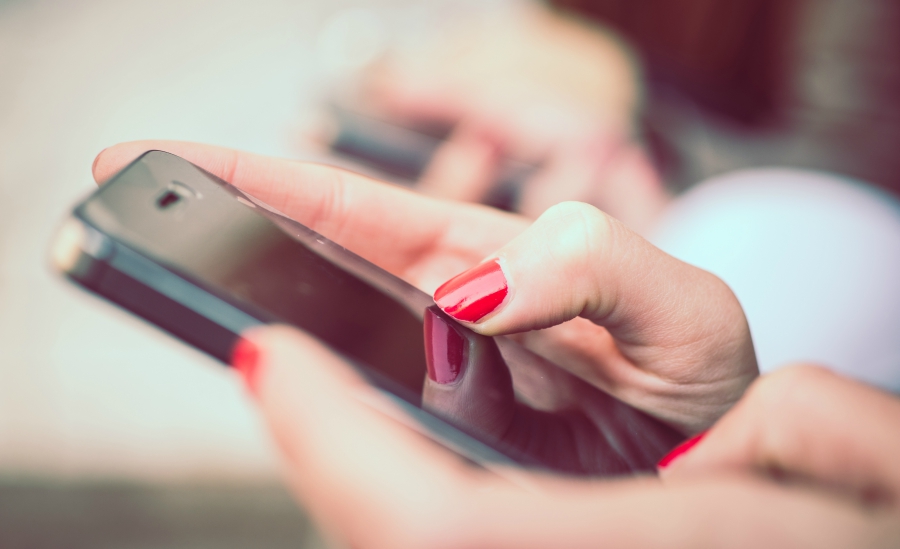 So that's when I decided to embark on a no-texting-for-48-hours-challenge. Part of me wanted to prove to myself that I didn't need to rely on societal social norms, and the other part of me wondered if it could actually affect my life in a negative way. I truly didn't know.

At first, 48 hours seemed simple enough. I thought I could even last longer, and truth is I probably could still last longer. But the reason 48 hours was enough of an impact on my life is because my friends, family and work peers couldn't handle it any longer – not me.

Even though the concept of why I was doing it was simple enough, some people didn't understand why and even if they did, they hated it. Some people texted me and I didn't respond. Some people avoided me altogether, annoyed, knowing I wouldn't respond, and others had to spend time actually calling me (which was fine with me). 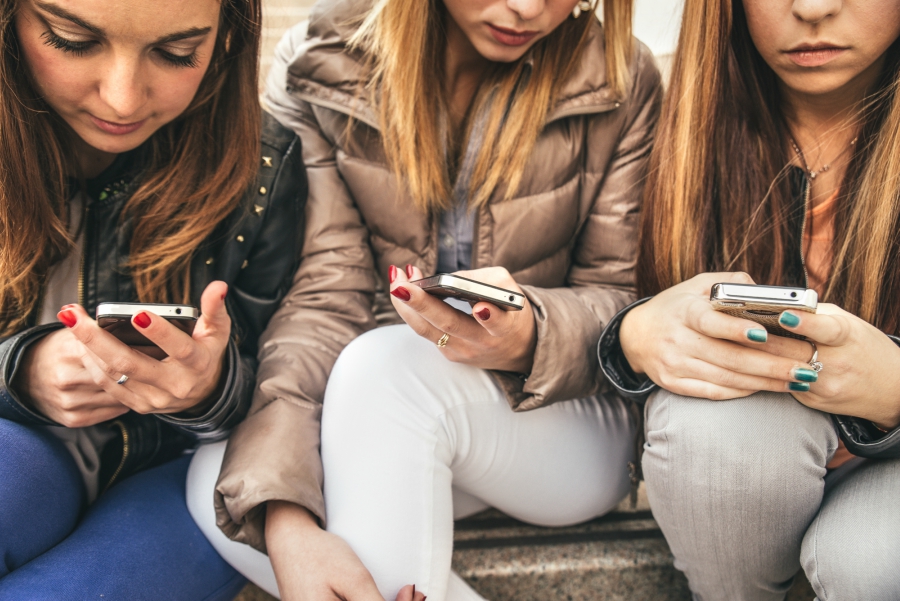 On my part, I had to learn how to not text every little thing that happened during my day, when it really was absolutely necessary to call someone, and how to keep myself distracted without using texting as my personal diary.

And so begins my two-day experiment…

7:00 am –  I decided to start in the morning. I was pumped and curious about this. But I was quickly set back when I woke up and realized that the daily tradition of texting my boyfriend "Good Morning" was not going to happen today. Surely, this wasn't a make-it or break-it part of my relationship, but it was an itch I could not scratch.

I warned him about my experiment ahead of time, but even then I still feared he would think I had been abducted overnight. So I took to Instagram and Facebook so he'd know I was still alive (my clever way around this!). 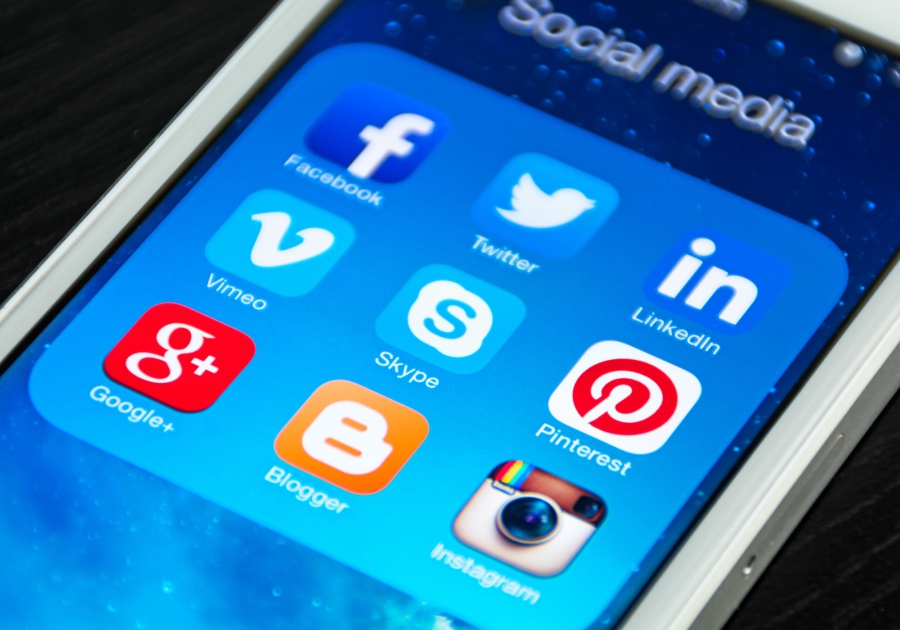 1:50 pm – I received a call with good news about a work project, and normally, I would have texted my boyfriend the full report after I hung up. But this time I couldn't. I had to keep it all to myself and make a mental note to tell him later tonight once he was off work. Having to wait took the excitement out of me, and I forgot to tell him when we spoke, so I ended up telling him days later. Mental note failed.

4:36 pm – Does Facebook messenger count? Also, turns out that when you don't text people back, they actually call you.

4:40pm – I was having a problem that required me to make a phone call for the first time all day. I hesitated for a few minutes, debating on whether or not to dial, but after failing to solve this particular problem on my own, I realized I had no choice. What could have been resolved over text now had to involve a phone call. Turns out it was easier to solve my problem without having to wait there impatiently as I panicked over when I would be texted back. So in this instance, a phone call actually worked out a lot better. 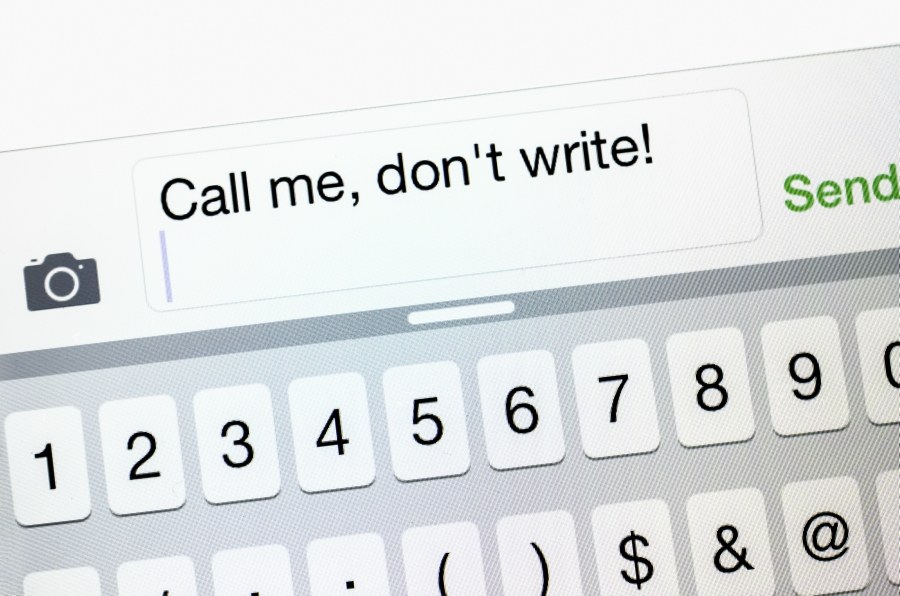 9:25 pm– The day didn't go as planned. It was one of those days where nothing goes right. And normally my ultra-dramatic self would be texting the play-by-play of events unfolding to my mom or boyfriend, but this time I had to soak in self-pity and wait until the end of the night to go off on a rant about my day.

8:15 am – I don't know why I didn't think of this yesterday, but I made enough time in the morning to call my boyfriend before his 9:00 am work shift and let him know all the mushy-cheesy romantic stuff boyfriends like to hear when they start their day. Turns out it was nicer to actually hear his voice versus reading the monotone 'Good Morning' texts.

5:18pm– I managed to keep myself busy most of the day without even reaching for my phone. I had to do this so I wouldn't be tempted to accidentally text someone a random, insignificant thought I was having. I guess this is why Twitter is so beneficial – an outlet to send out senseless jokes and thoughts. 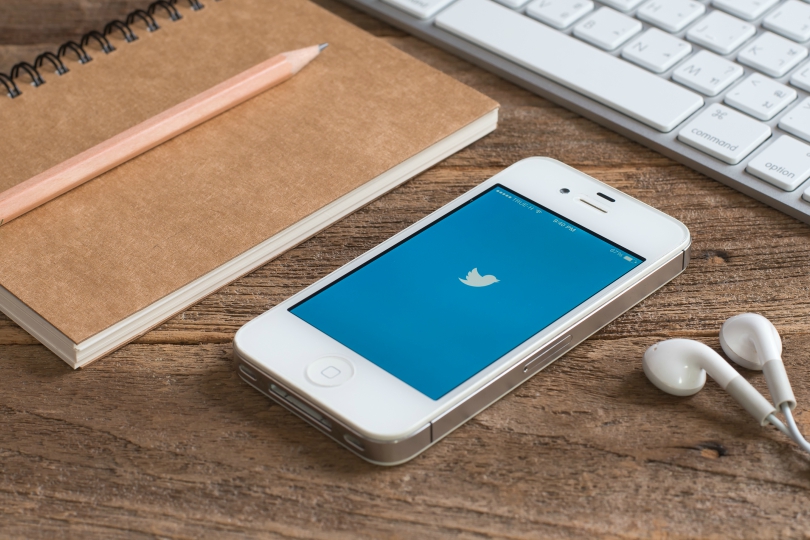 I looked through my inbox to read the text messages I had received the prior day, and looking over past conversations, I couldn't help but wonder if the people I still haven't texted back think I am rude. Once they read this article, I hope they realize they texted me during an experiment. #NOHARDFEELINGS.

11:00pm- My nightly phone call with my boyfriend was full of conversation topics, simply because I saved everything I wanted to tell him during the day. I was also more eager to talk on the phone because I had so much I wanted to say and I was more hyper and generally thrilled that tomorrow I would be able to text again.

Reflecting on 48 hours of a text-free existence, it was nice to catch a break and not feel the need to look at my phone constantly. Although, sometimes it wasn't easy having to disrupt people's day with a phone call rather than a text. We do need texting for its ease, but, in the end, it's better to have vocal human communication. Lesson learned!

Inspired by Denise's 48-hour texting hiatus? Then we've got another great read for you that will totally give you the feels! Check out Ashley's hair transformation story HERE!