A Definitive Ranking of the Best Talenti Gelato and Sorbetto Flavors

Is there anything more deeply satisfying than that first spoonful of creamy, dreamy Talenti gelato or sorbetto? We would argue that there isn't.

The brand just seems to outdo itself regularly with divinely crafted flavors, but we still must admit that some scoops are simply better than others. While there's a time and place for every single Talenti flavor out there, we've gone ahead and put the best of the best to the test and come up with a definitive ranking of the top Talenti ice flavors. We're starting off strong with:

Whether you're lactose intolerant or simply love the tangy taste of mango, this dairy-free flavor is a win across the board. It's definitely only for the major mango lovers out there, though, so you might want to stick your spoon in something else if you're not a huge fan. 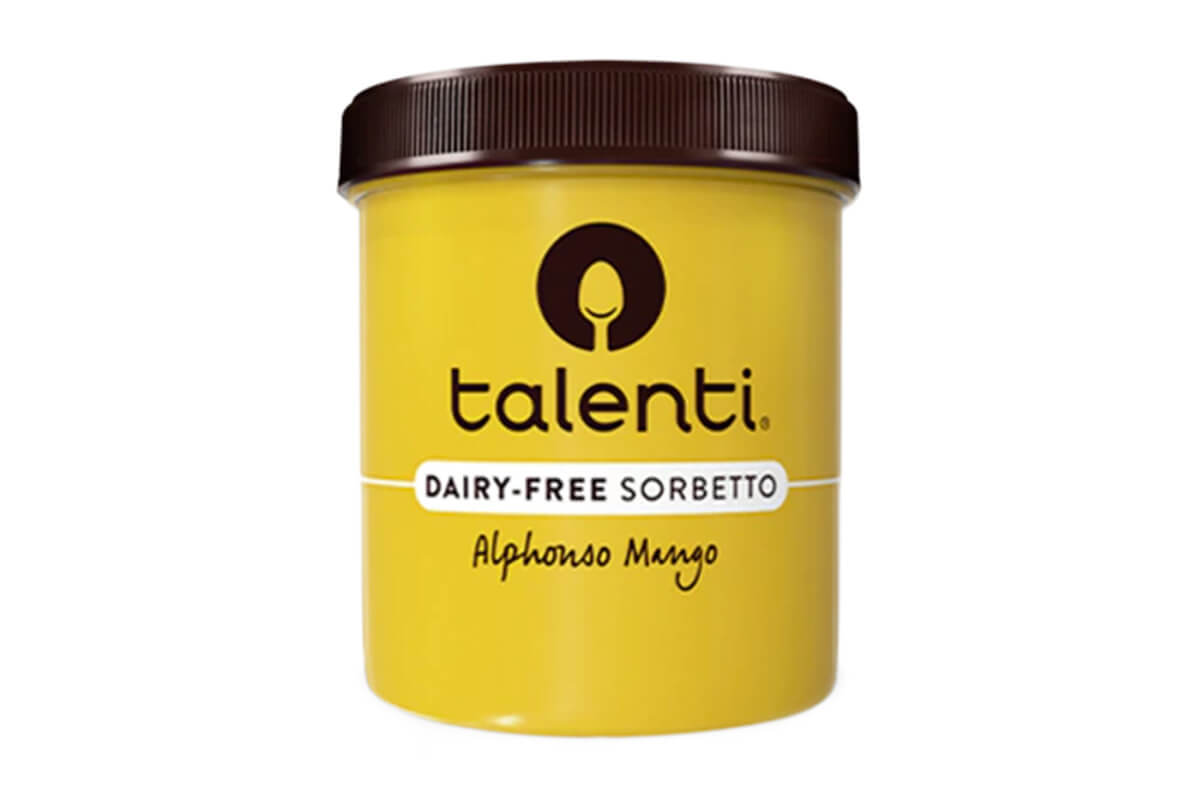 Your favorite picnic dessert turned into another dessert? Say no more. With bits of pie crust and apple chunks blended into vanilla gelato with caramel swirls folded in, it's honestly a surprise that you'd ever go back for a slice of the real thing after tasting this total treat. 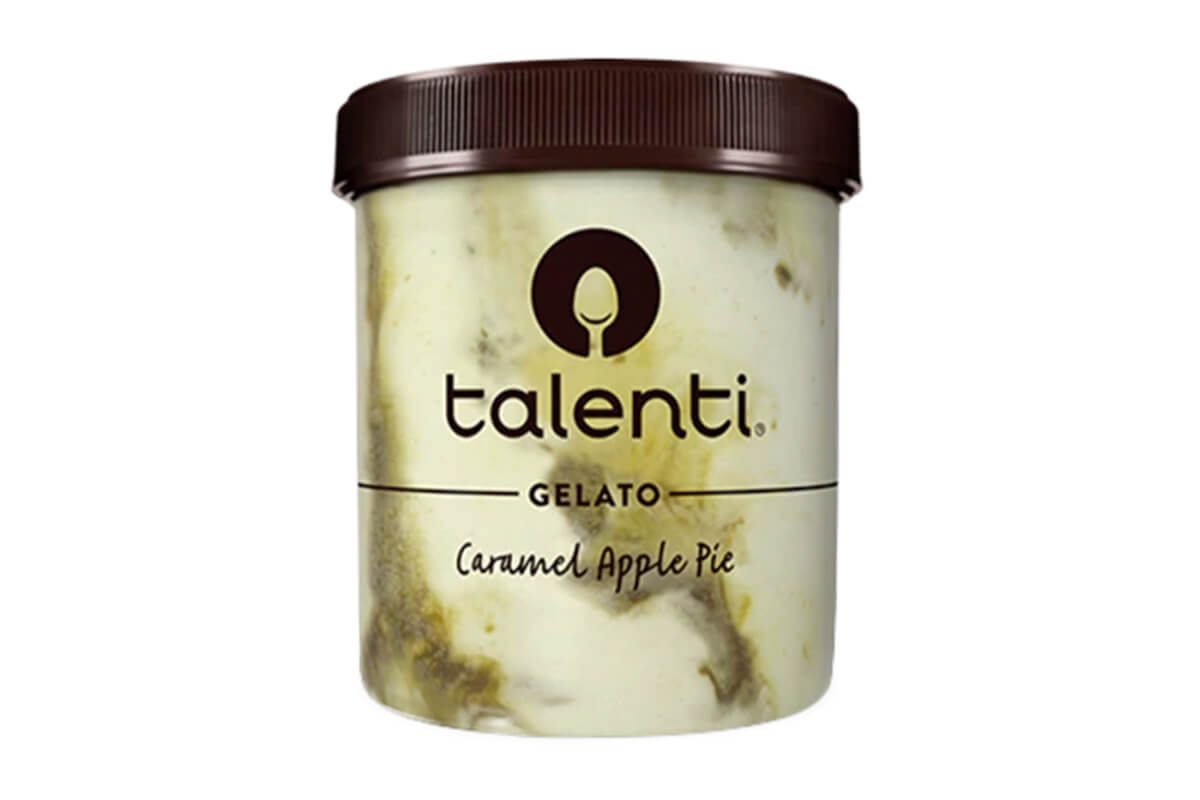 Also read about: A Definitive Ranking of the Best Oreo Flavors

We placed this one on our definitive ranking of the best Talenti flavors over the traditional Caribbean Coconut gelato due to a few things: The addition of salty roasted almonds for texture and ever-so-slightly bitter chocolate flakes that are perfectly placed throughout the pint. With a combination like that, it truly is a delight. 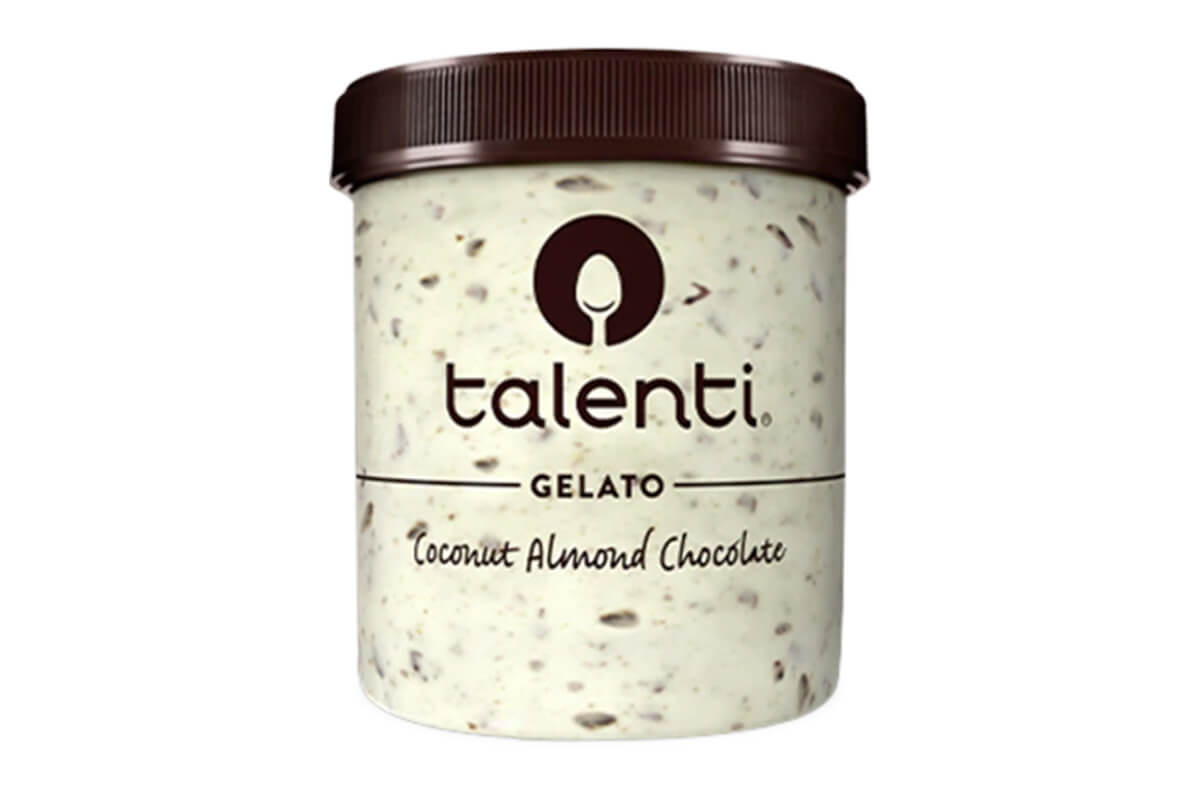 Another sorbetto variety that earned its way onto our definitive ranking of the best Talenti flavors is Roman Raspberry, which is so pure and simple yet so far from disappointing. With a bright, tangy flavor and smooth texture that relies on real raspberries, it's just so good that it might turn you off from trying sorbet from any other brand but this one. 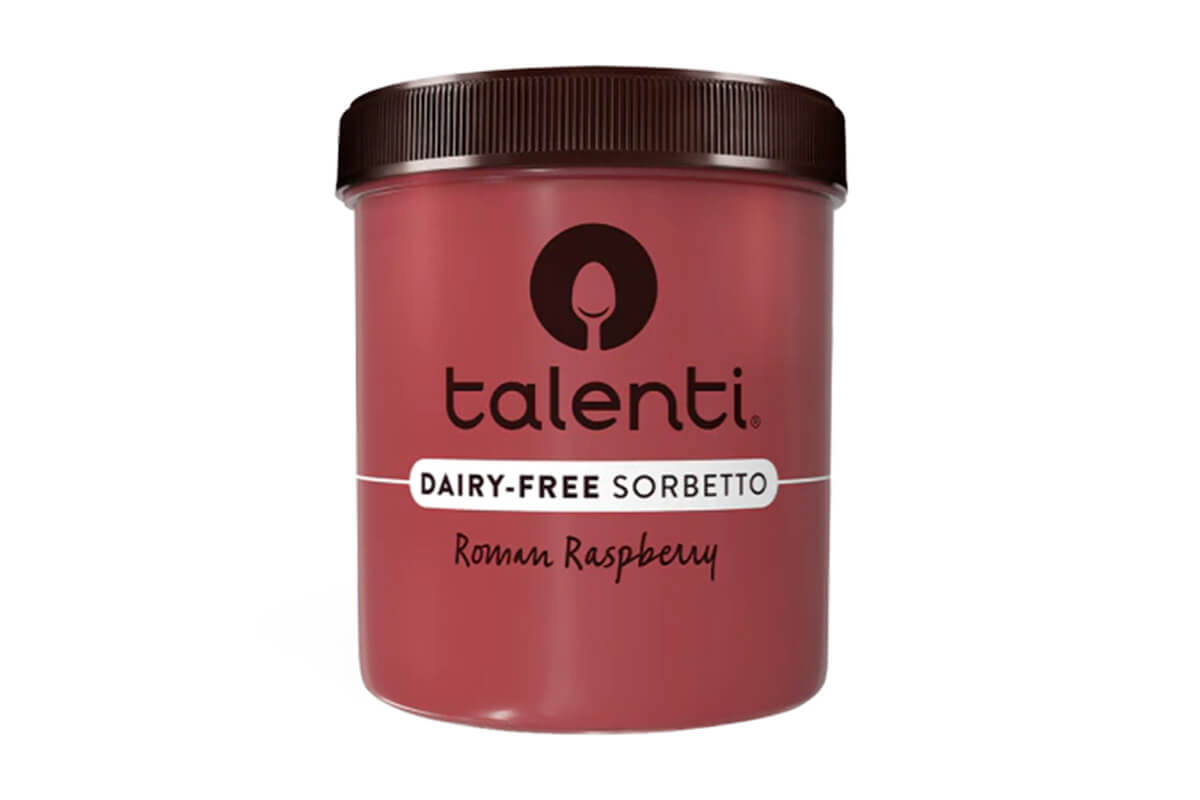 Another dessert-inspired frozen dessert, the Talenti Pumpkin Pie flavor is the first of the Gelato Layers line on our list. Of course, if you're not a fan of pumpkin spice, you might not want to pick up a pint of this pumpkin gelato layered with pie crust pieces and brown sugar sauce, but it's a total win for anyone else who does enjoy a slice (or three) of the autumnal treat every Thanksgiving. 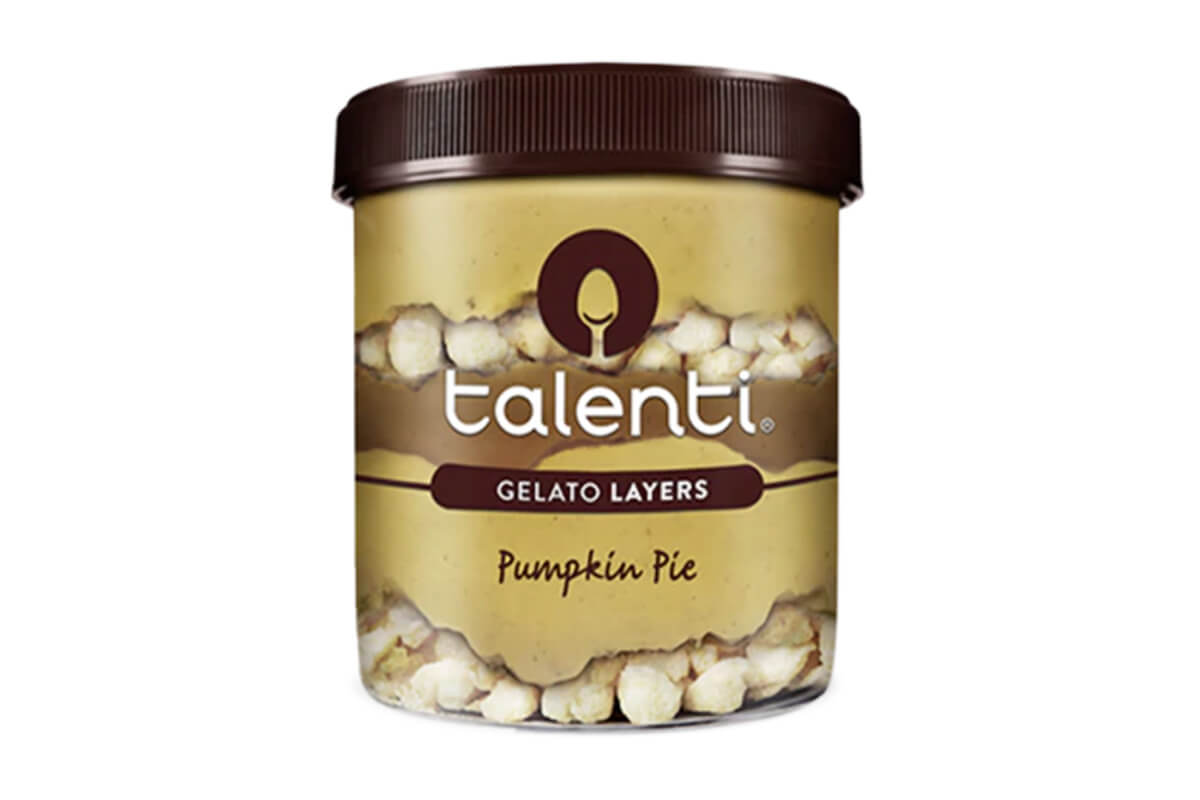 Mint chocolate chip lovers, rejoice—Talenti has outdone the rest by crafting this Mediterranean Mint gelato with real mint and bittersweet chocolate flakes. It's minty fresh while avoiding emulating your usual toothpaste, and the deep flavor of the chocolate just brings it all together into the perfect spoonful. 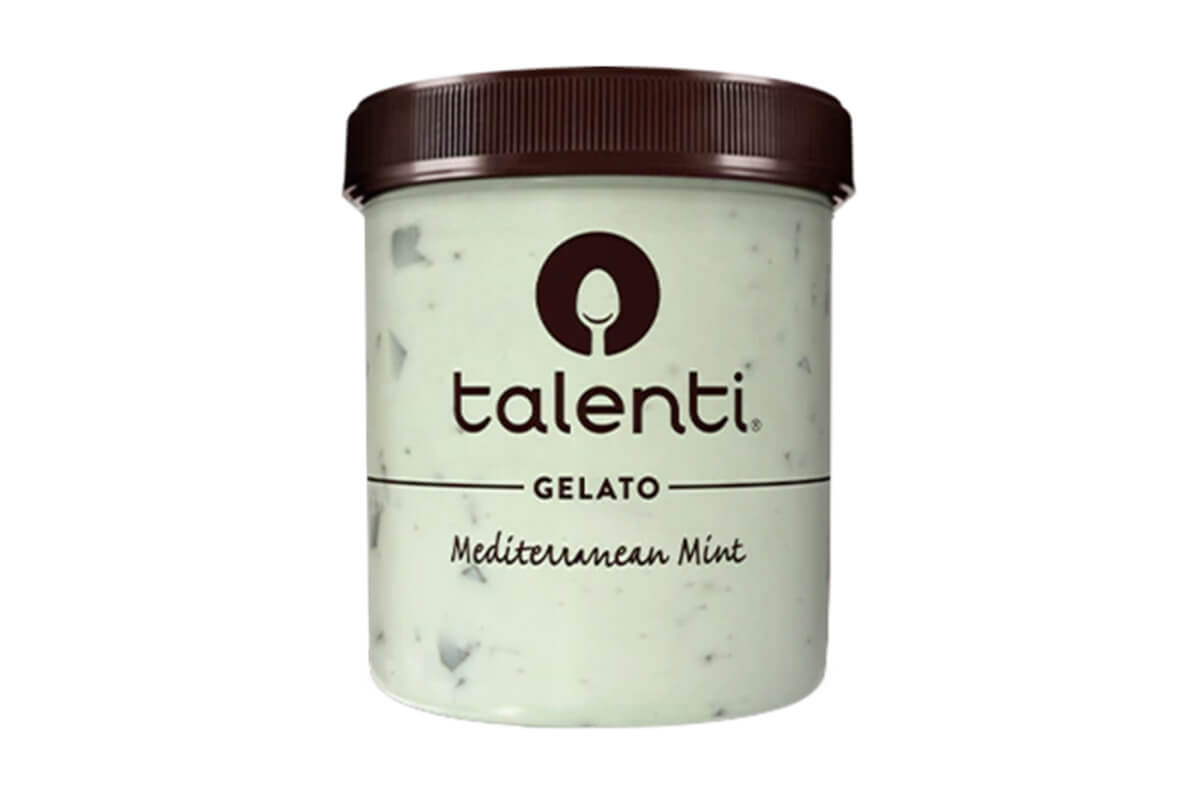 Another layered variety to make it onto this definitive ranking of the best Talenti flavors is Chocolate Cherry Cheesecake. Made up of layers of cheesecake gelato, chocolate flakes, black cherry sauce and graham cracker cookie pieces, this deeply indulgent delight will keep you coming back for more. 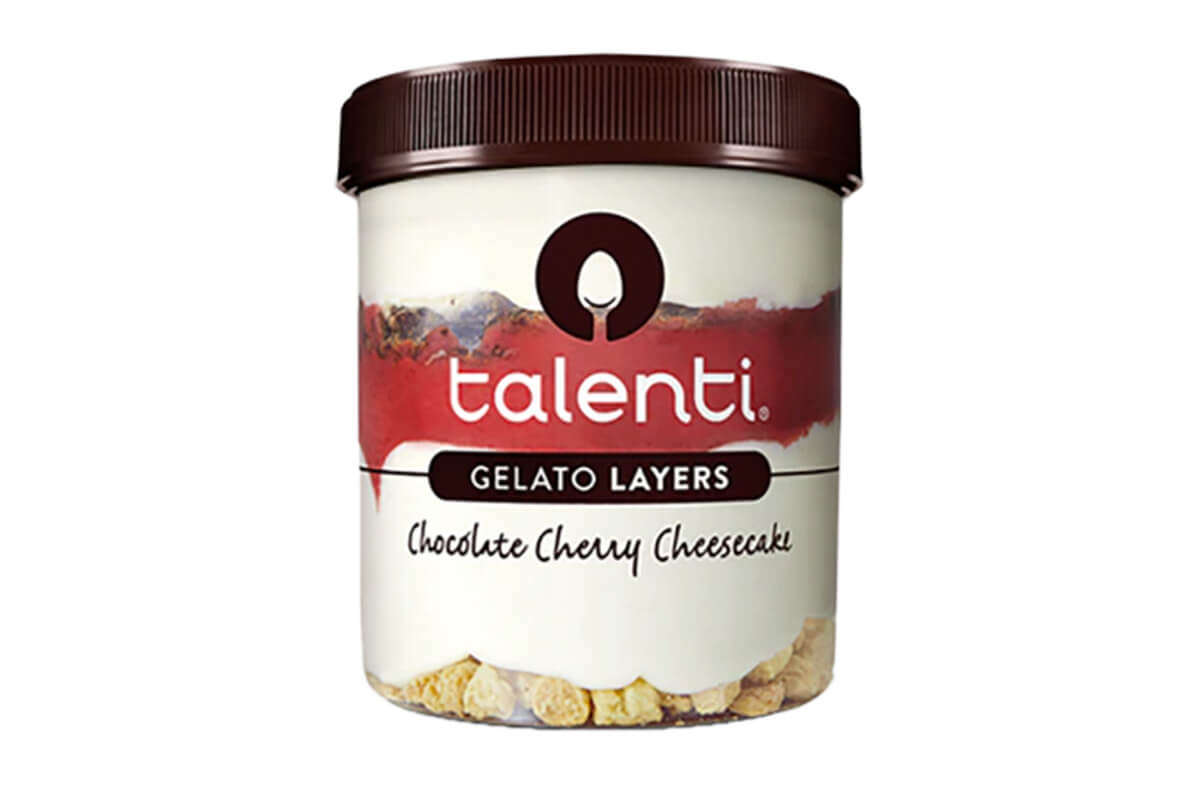 A highly underrated flavor, Talenti's Pacific Coast Pistachio gelato is more than worthy of a solid standing on this list. The flavor is subtle yet strong enough to be satisfying for any pistachio fans, and the roasted pistachios blended in add the perfect amount of texture to an otherwise simplistically smooth sweet treat. After all, there's a reason why pistachio is a flavor you'll find at virtually every gelateria in Italy and around the globe, and Talenti might have just made the absolute best version available easily. So, if a flight to Florence isn't within reach, reaching for a pint of Pacific Coast Pistachio Talenti might just be the next best thing. 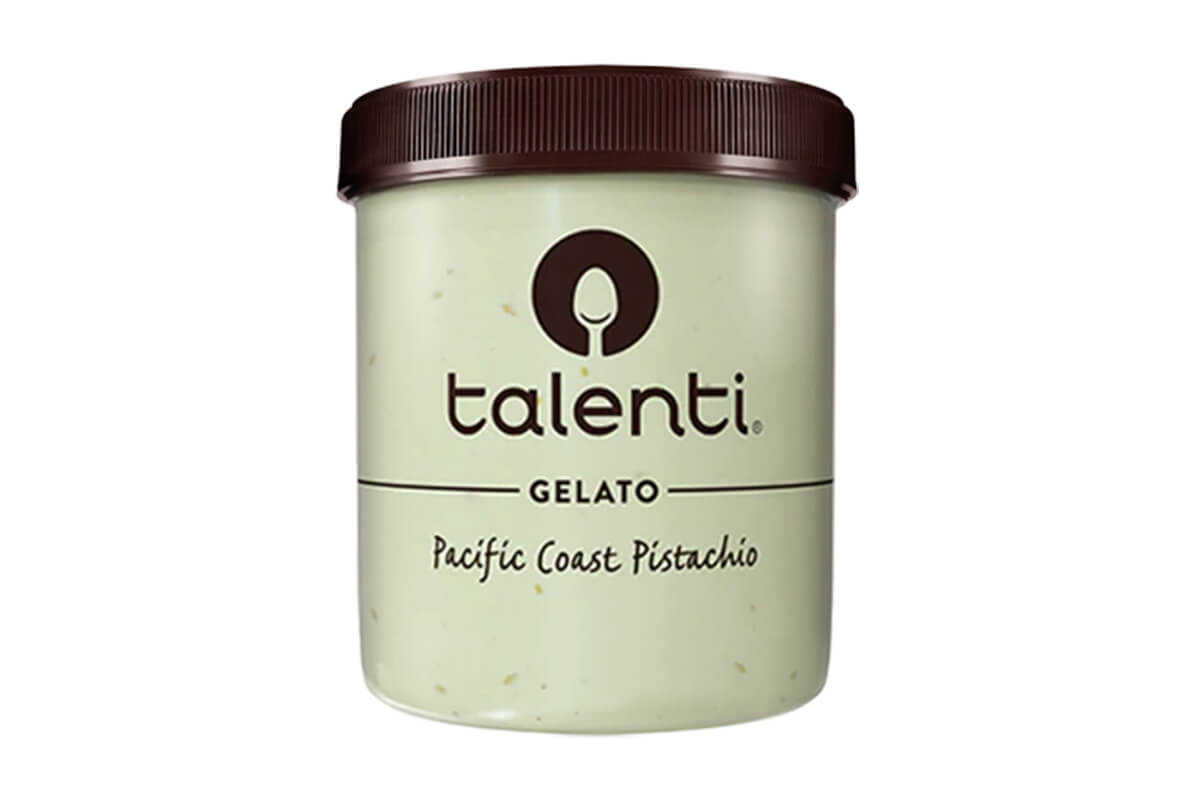 Also read about: A Definitive Ranking of the 11 Best Cake Flavors

Peanut butter lovers, now's your time to shine. This pretzel-packed pint is a perfect mix of salty and sweet, and the addition of a fudge ripple just brings the rest of the ingredients together in an effortlessly brilliant way that sets this flavor apart from your average peanut butter chocolate varieties. 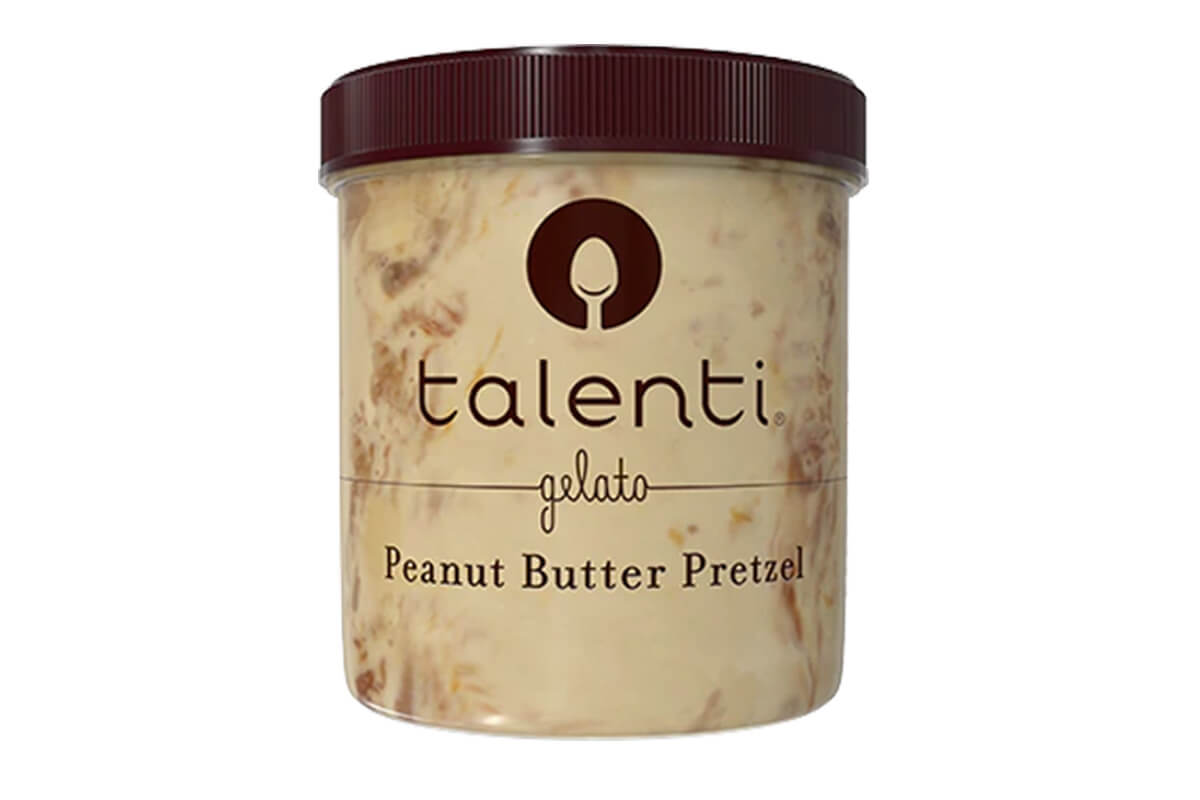 This divinely decadent Double Dark Chocolate flavor is so good it's almost sinful. After all, it features a rich chocolate base with semi-sweet chocolate morsels that add a sense of texture and depth to an already almost-perfect dessert. If chocolate ice cream is one of your go-to treats, we recommend spicing it up with a scoop of this next time instead to level up your dessert game. 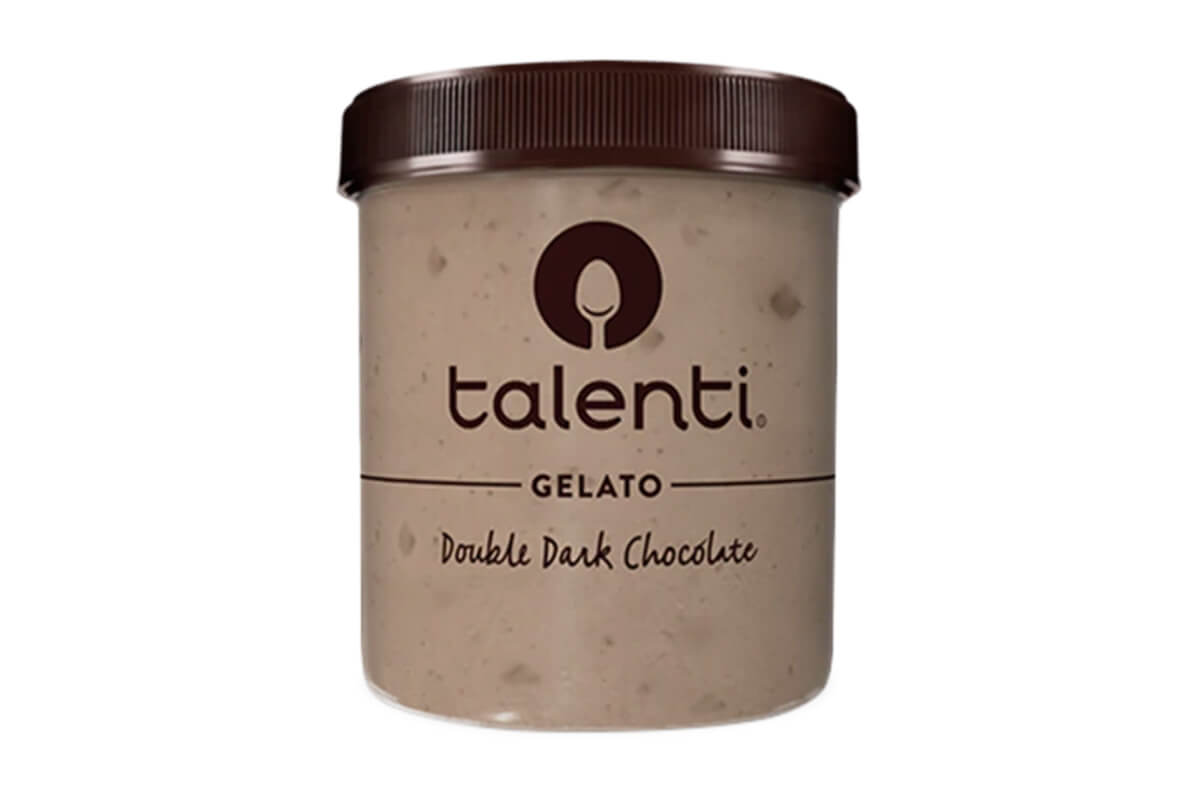 If you're not already familiar with the perfection that is dulce de leche, let this exceptional Talenti flavor introduce you. The Caramel Cookie Crunch flavor earned a high spot on our ranking thanks to the combination of chocolate bits, crunchy chocolate cookies and unique dulce de leche (not the same as caramel, but close enough to warrant the name) which make for a well-balanced scoop every time. 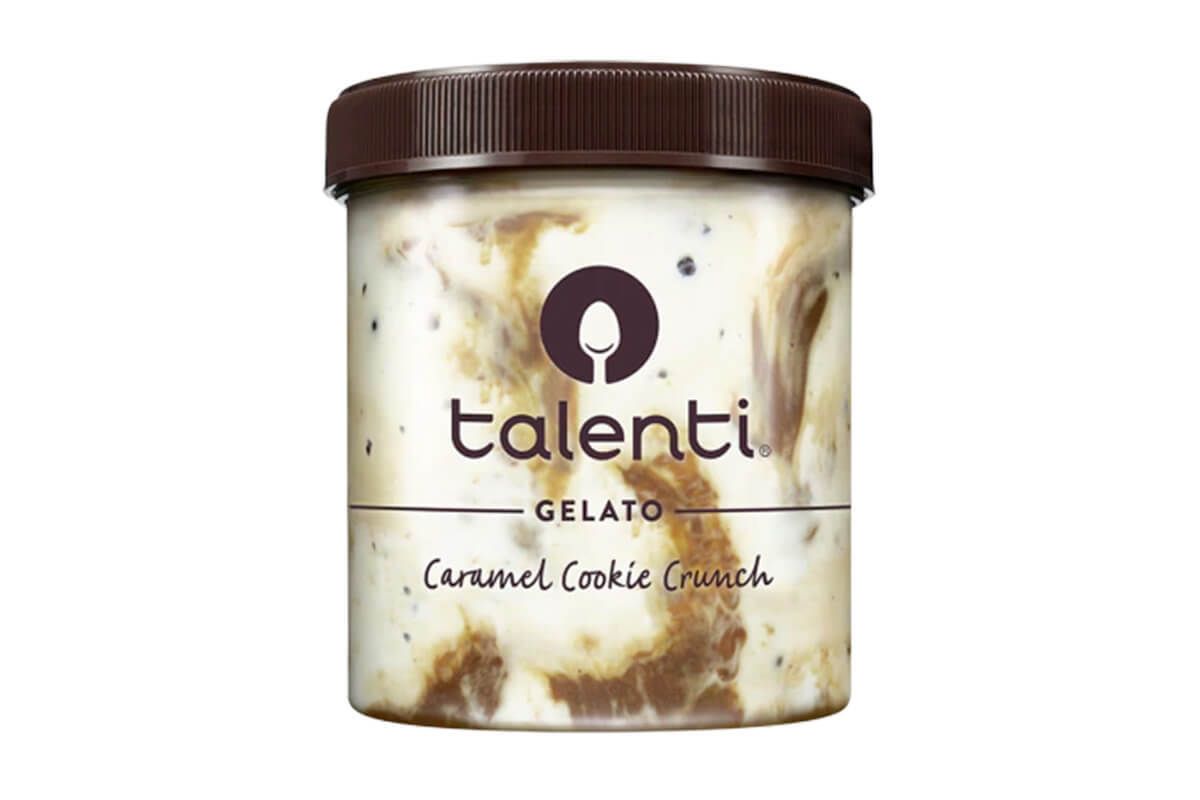 Also read about: A Definitive Ranking of the Best Jeni's Ice Cream Flavors

Speaking of caramel, it's no wonder why the top three flavors on our definitive ranking of the best Talenti ice cream flavors go to ones that feature caramel in their names. The Salted Caramel Truffle flavor is the best of the layered flavors without question in our book, as it features a rich combination texture (thanks to the chocolate cookie pieces), saltiness (provided by the caramel gelato and dulce de leche) and smoothness (from the presence of vanilla gelato as well as salted caramel). Oh, and did we mention that Talenti decided to kick the whole thing up a notch by placing a layer of actual chocolate-covered truffles at the bottom? It's safe to say this flavor gets its name for a reason, and that it's more than worthy of a high ranking on this list. 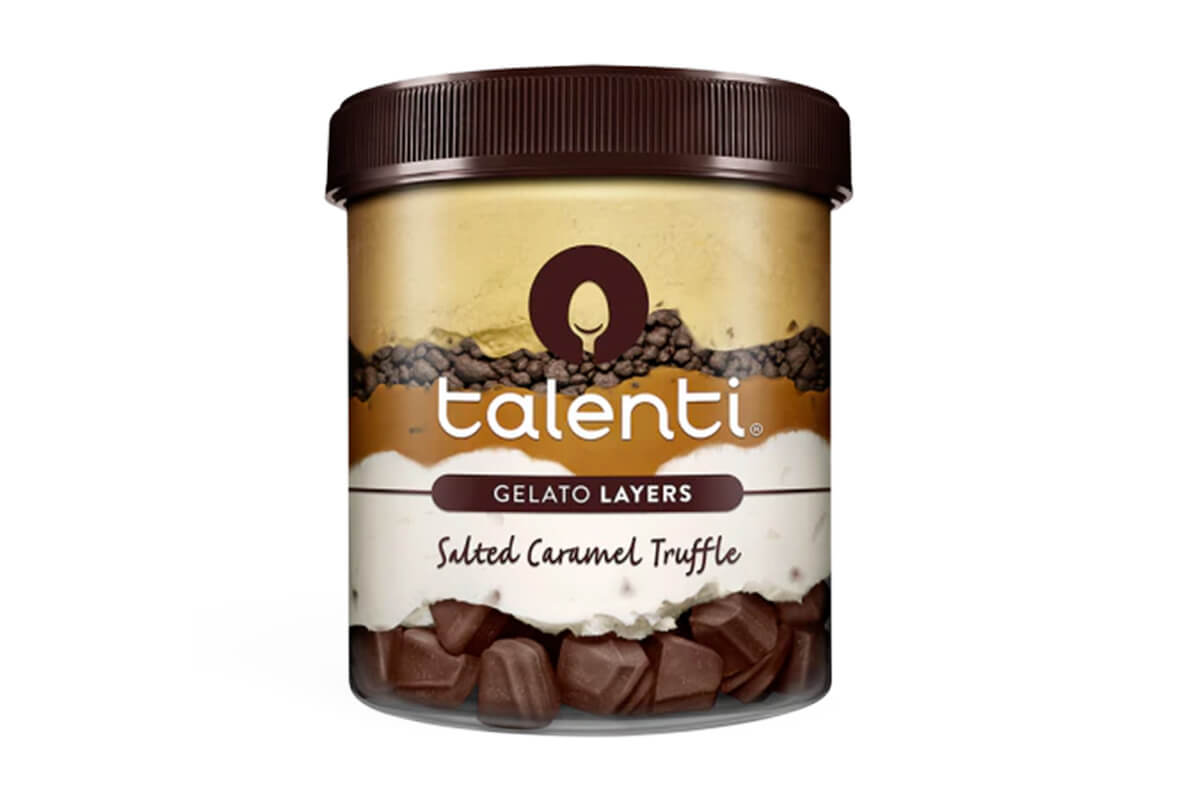 And finally, the No. 1 spot on our ranking of the best Talenti flavors goes to the one and only Sea Salt Caramel. This inimitable classic is one of Talenti's most iconic, and it's really no wonder why it remains a consistent favorite when you consider that it features creamy homemade dulce de leche and those aforementioned chocolate caramel truffles. While the No. 2 ranked flavor on this list features these ingredients as well, the simplicity of the unlayered Sea Salt Caramel gelato proves that sometimes the classics are popular for a reason. 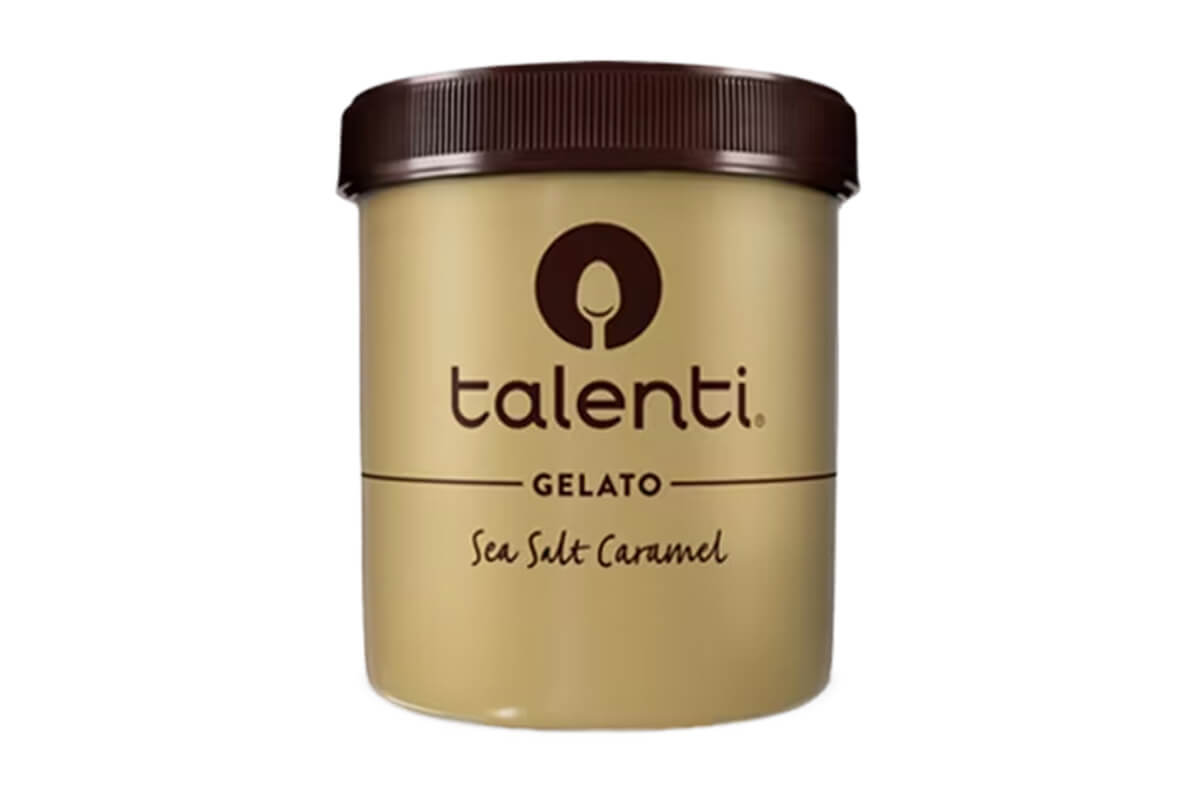 If you'd rather dip your spoon into something slightly less indulgent, then the low-calorie ice cream brand Halo Top might be a little more up your alley. If that's the case, you'll want to click HERE to check out our ranking of the best Halo Top flavors.